Tips for Cooking Vegetables so They Don’t Wilt 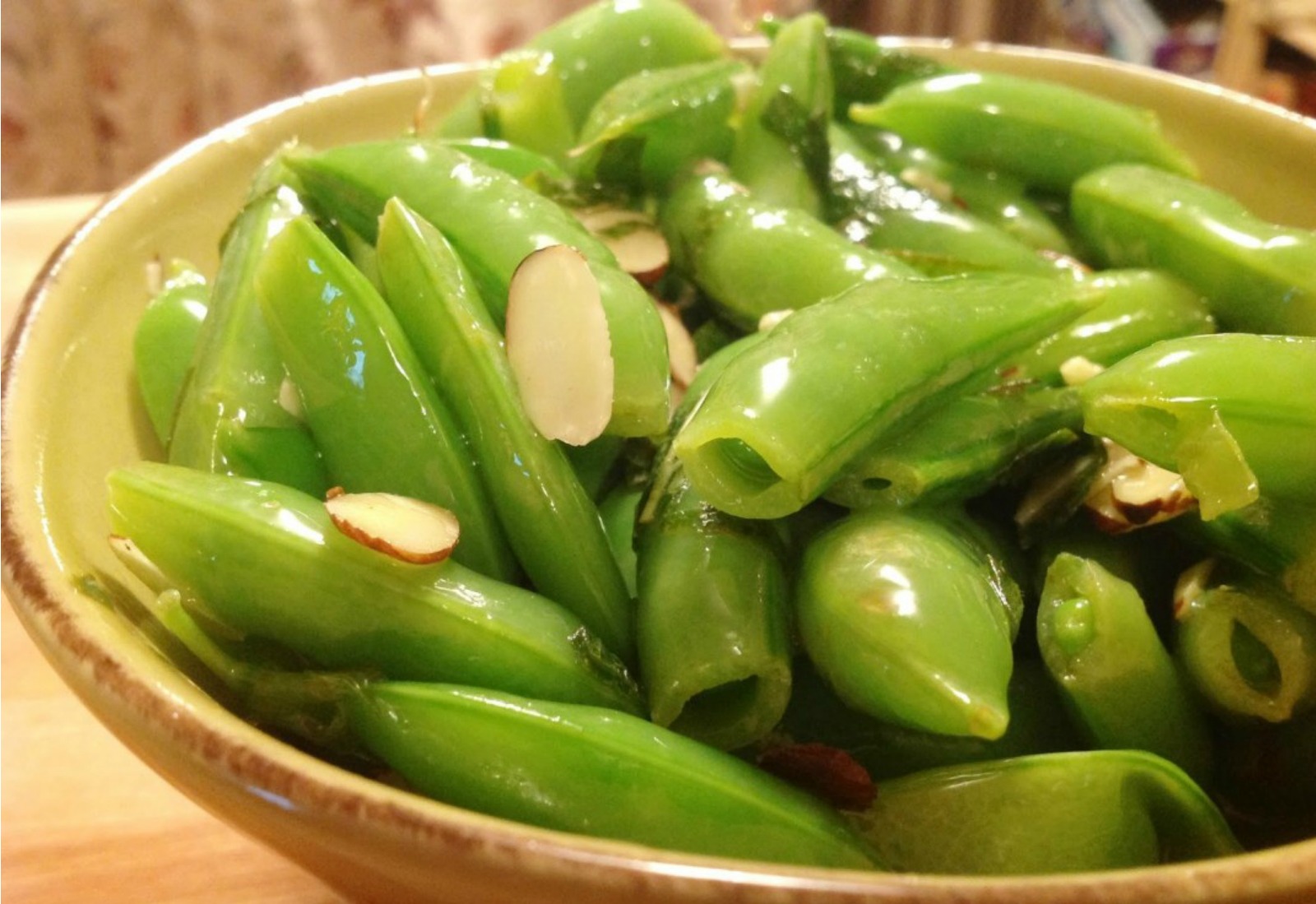 There is one friend I have that when I cook for him, I have to break one of my most sacred rules. For him, I have to overcook the vegetables. It’s actually painful as I watch the crisp vegetables turn a bright, verdant green and then turn into a gray, wilted mushy mess. That’s actually the way he prefers them no matter how much I protest. Overcooking vegetables is a bad thing to do for several reasons: they lose their vitamins and minerals, they taste bland and boring and their texture is soft and soggy. It’s no wonder so many people don’t want to eat their veggies. But when vegetables are cooked properly, they are beautiful, colorful, crisp, and delicious. If that’s not your experience, here are some tips for cooking vegetables so they don’t wilt. 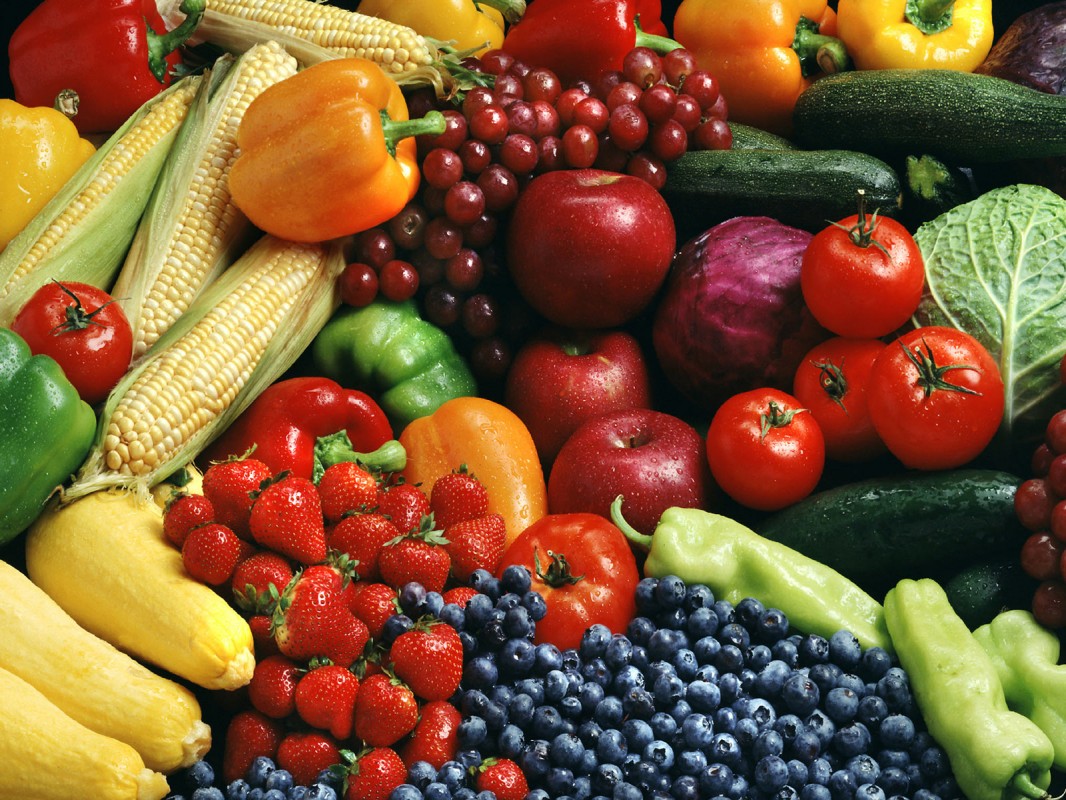 Keeping veggies fresh and crisp starts as soon as you bring them home from the market. Of course, you want to make sure you buy the freshest-looking vegetables you can. Avoid veggies with bruises, dark spots or wilted leaves. When you get home, put the veggies in the crisper drawers of your refrigerator. The humidity keeps the vegetables from losing too much moisture and shriveling up. You also don’t want the veggies to get too moist so you could store them by wrapping them in damp paper towels and putting them in perforated storage bags. This lets the air circulate and allows moisture to get out. For more storage tips, see How to Store Your Raw Foods for Optimum Lasting Power and How to Properly Store Your Fruit and Vegetables for Maximum Freshness. 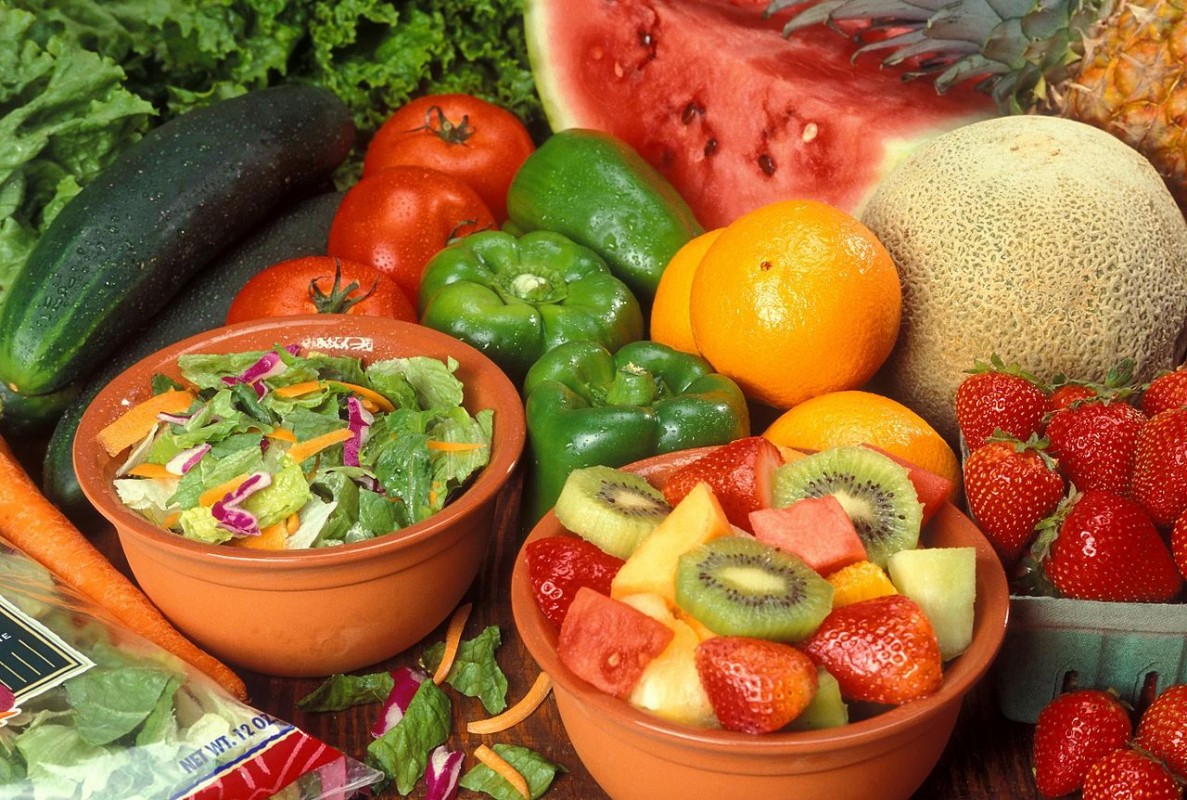 Many people like to prep their vegetables as soon as they get them home so there is less work to do later. It does make cooking easier when a lot of the chopping is already done. However, once you wash and cut vegetables, moisture escapes through the cut stems, they begin to oxidize, lose nutrients and begin wilting. It is best to prep your vegetables no earlier than that morning or the night before you plan to use them. Greens shouldn’t be washed until you plan to use them. If you must wash your greens in advance, put them in a bag with a paper towel around them to absorb excess moisture. Read Never Waste Food Again: Your Guide to the Shelf Life of Produce for detailed information. 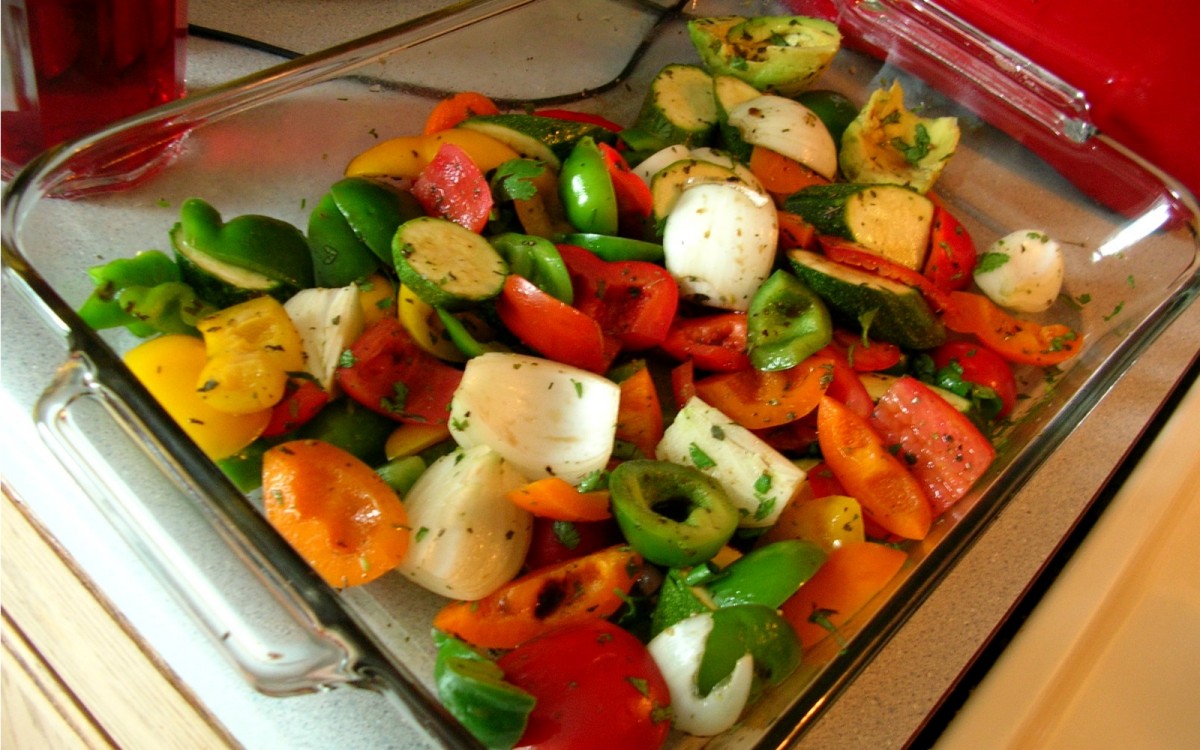 There are so many stories about how people ate vegetables when they were younger and hated them. Usually, the veggies in those horror stories were boiled to death. Boiling is a quick way to cook veggies but it also makes them unappetizing. When you boil veggies for a long period of time, the nutrients seep out of the veggies and into the cooking water which goes down the drain. Boiling also leads to overcooked, mushy, gray veggies that no one will eat so don’t even try sneaking them to the poor dog under the table. Yet this seems to be one of the biggest mistakes people make when cooking vegetables. Unless a recipe specifically calls for boiled vegetables, there are only two reasons to use this method: one is when making soup and the second is blanching, our next topic. Check out The Best Way to Cook Your Veggies for the Most Nutrition. 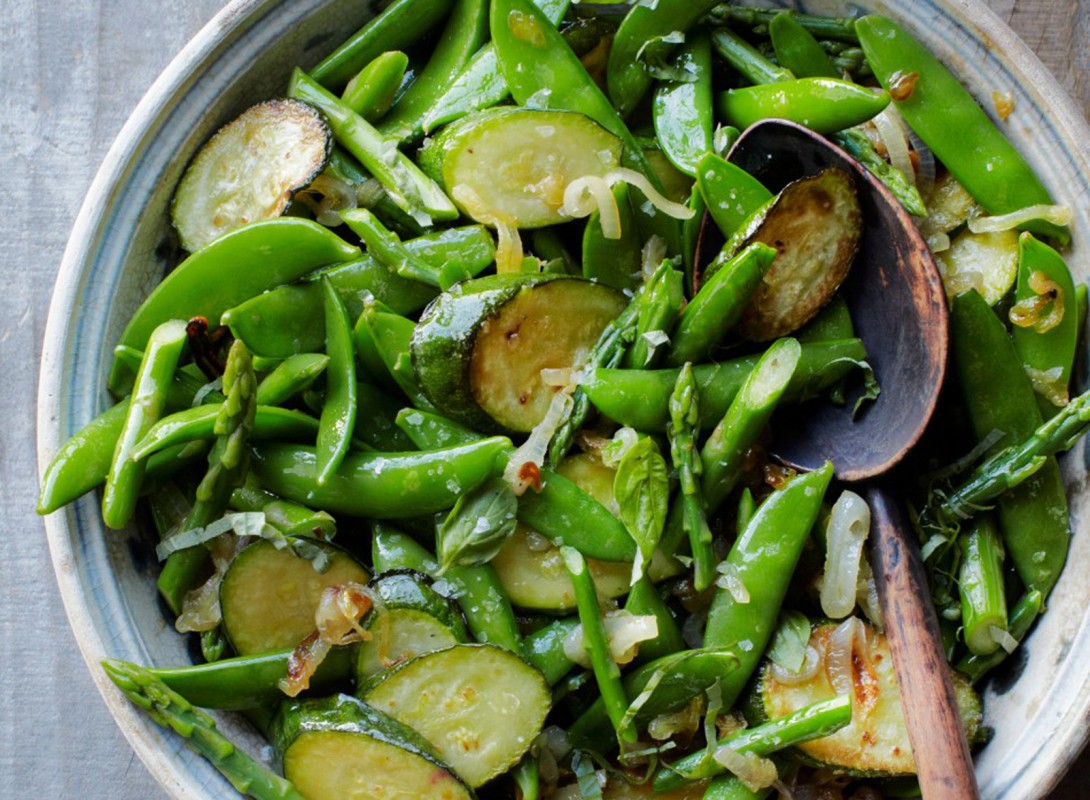 Blanching vegetables is a useful technique to soften them for shorter cooking times, remove any bitter taste or prepare vegetables for freezing and storage. To blanch vegetables, bring a large pot of water to a rapid boil and drop the veggies or greens in. Stir them around a bit. In just a few minutes, the veggies or greens will start to soften and become a beautiful, bright color. You don’t want to cook them too long or they will lose that color and get mushy. You can test a piece of vegetable to see if it is the texture you want. Then transfer the vegetables or greens to an ice bath to shock them. This will stop the cooking process and help the veggies keep that beautiful, bright color. If you don’t want to set up an ice bath, at least transfer the veggies to a colander and run cold water over them for a minute. When they are cool enough to handle, drain any excess water and continue with your recipe. Read Try These 10 Methods for Cooking Flavorful Vegetables for recipes and tips on steaming, stir-frying, sautéing, braising, roasting and more. Then try this Snap Pea Salad with Almonds in an Herbed Vinaigrette, Asparagus and Carrot Indian Style Stir-Fry, Early Summer Light Veggie Saute, Roasted Jerusalem Artichokes with Braised Garlicky Kale, and Roasted Root Vegetables on Quinoa with Yogurt Sauce. 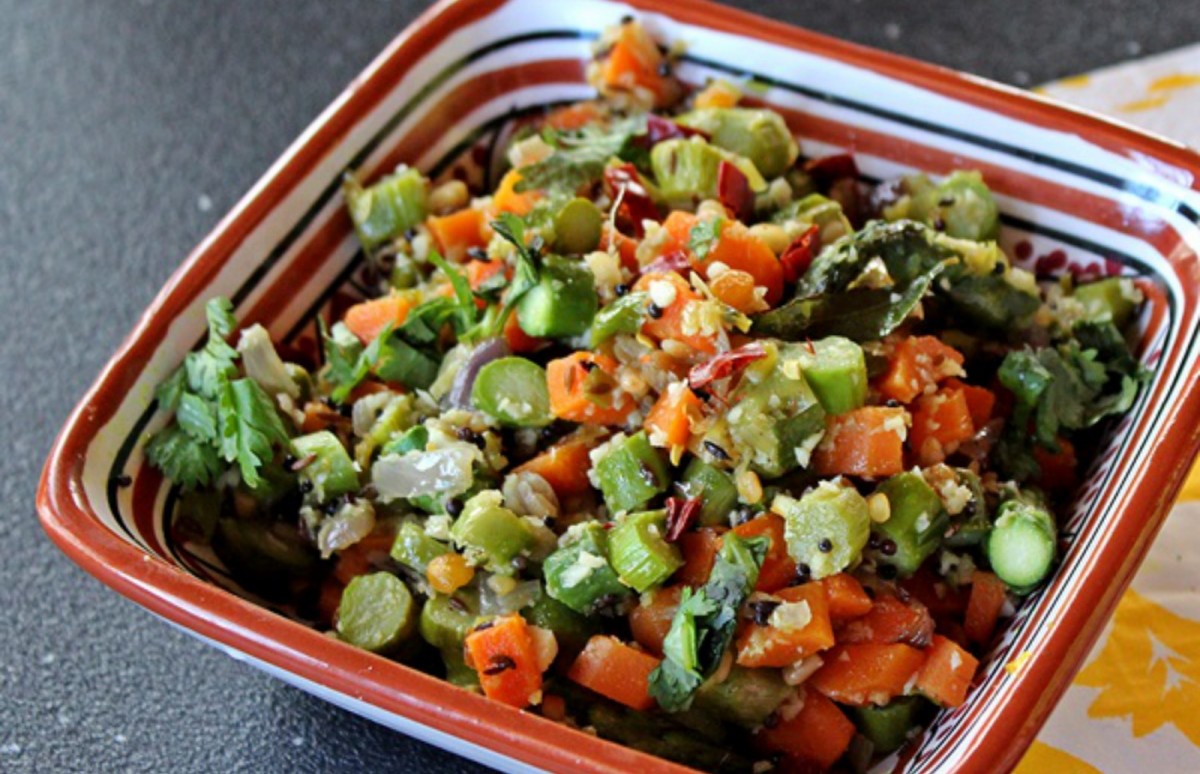 One of the advantages of blanching vegetables is that when you do go to stir-fry, grill or saute them, they will take much less time to cook and that will prevent them from getting overcooked. It’s easy to overcook veggies while waiting for them to become tender enough to eat. It’s also possible to overcook vegetables if they get added to the pan too early in the recipe. With some cooking methods such as stir-frying where the heat is intense and the cooking happens quickly, it’s important to have all your veggies prepped and ready to go. Then add the veggies in order of their cooking times from longest to shortest. Some vegetables, like carrots and potatoes, take a lot longer to cook than other veggies, such as peas or greens. If you are making a medley of veggies, start cooking the ones that take longer first and don’t add the quick-cooking ones until the end. Delicate vegetables such as greens or herbs can be added at the very end, even after the heat is turned off. The heat of the dish will wilt them just enough. Check out my Secrets to Stir-Frying and Sautéing Veggies, The Ultimate Guide to Grilling Veggies, and The Ultimate Guide to Roasting Vegetables to learn more about cooking times and techniques. 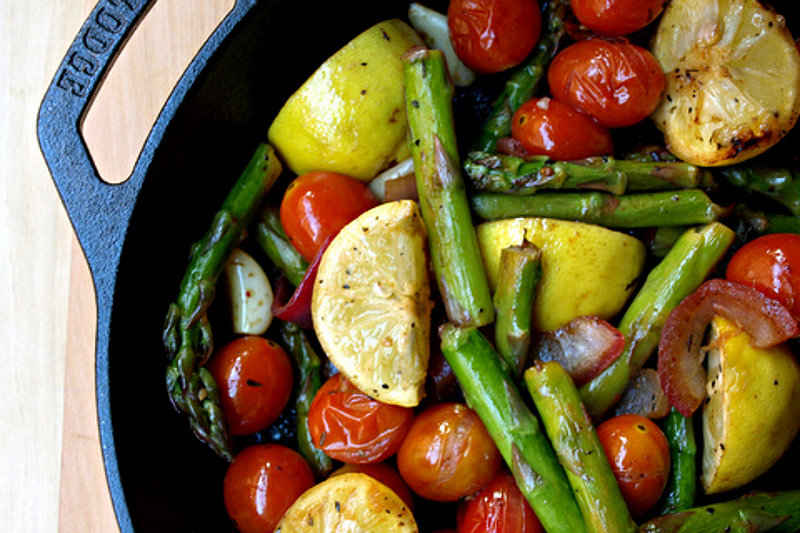 Just because your pan can fit all the veggies for this Skillet Asparagus and Tomato Medley, that doesn’t mean you should add them all at once. Crowding the pan leads to the food steaming rather than getting caramelized, seared or crisp. Plus, adding food to the pan drops the temperature of the oil so the veggies cook at too low a temperature which just makes them absorb more oil and get soggy. Only put as many veggies as you can fit in a single layer with some room to spare around the pieces. If you have more veggies than that to cook, do it in several batches or use the largest pan or wok you have. Try this method when making Sauteed Garlicky Broccoli Rabe, Sauteed Beet Red Greens, and Green Beans with Toasted Mustard Seeds and Garlic.

7. What to Do with Wilted Veggies 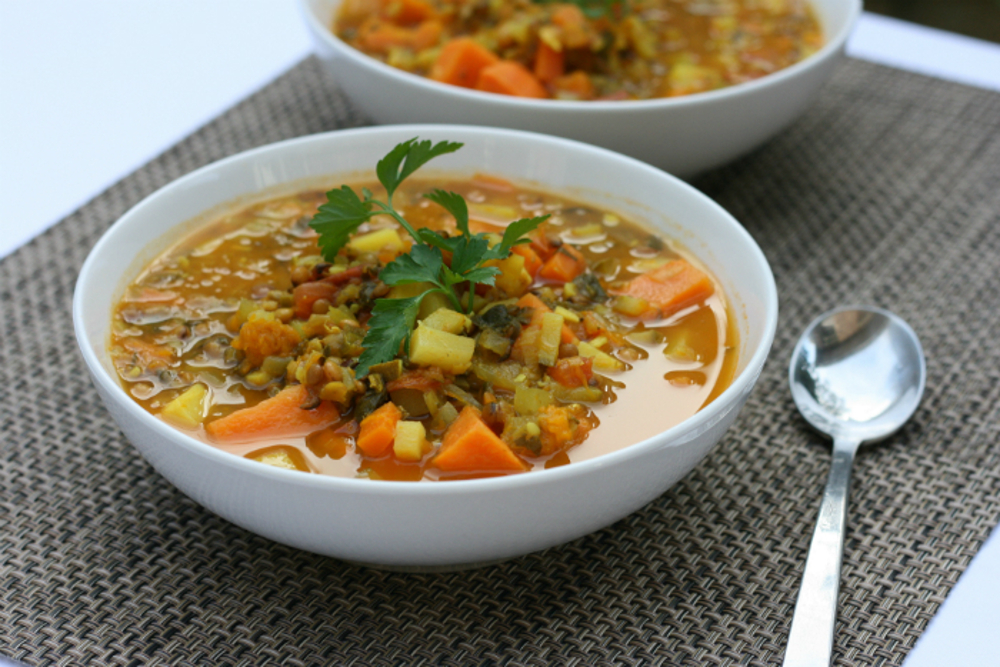 So you were following all these tips but the phone rang and you got distracted and now your veggies are wilted. Don’t be too hard on yourself and don’t throw those veggies away. Even though they are soft and wilted, they can still fulfill their veggie destinies in other ways. Use the wilted veggies to make vegetable broth or stock where the veggies become wilted and soft anyway. See How to Make Oil-Free Vegetable Broth. Add the wilted veggies to casseroles and baked dishes like this Easy Veggie Pot Pie where they would also end up cooked for a long time. Mix them in with mashed potatoes or mac and cheese to add nutrients and flavor to an otherwise delicious but carb-filled dish. Add them to a soup like this Vegetable Lentil Soup to make it more nutritious and veggie-filled or make a veggie burger out them. See How to Make Easy, Healthy Veggie Burgers from Leftovers.

If your vegetables are wilted before you even cook them, you might be able to revive them or salvage them. In addition to the ideas above, you can try to rehydrate the veggies. Soak them in cold water for 15 minutes or in an ice bath. They may regain some of their texture and crunch. Or try chopping them into smaller pieces and freeze them to use in a stew or soup later on. When you use wilted veggies in a recipe, be sure to add some fresh veggies and herbs to brighten the dish.

It’s sad how many people think they don’t like vegetables when they have only had them cooked improperly. When veggies are bright, colorful, crisp-tender and filled with flavor, everyone is guaranteed to love them. Follow these tips and do the right thing by your veggies.