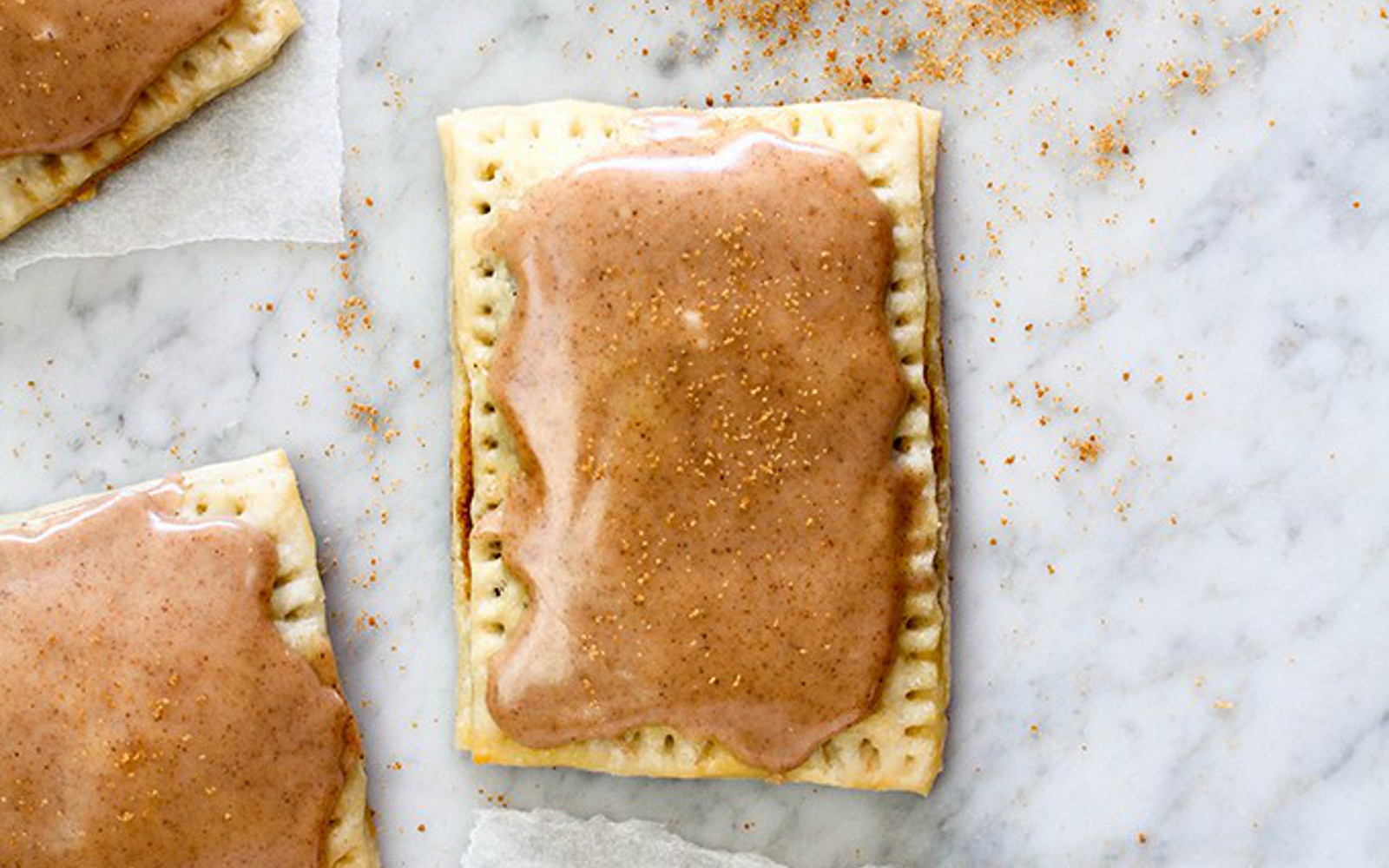 Remember when you were a kid and you woke up really late for school? There was no time for breakfast so you opened up a trusty pop tart packet and popped it in the toaster til it popped back out warm and gooey on the inside. It was a yummy on-the-go breakfast because let’s face it — it was basically dessert. But it also makes a yummy snack or even dessert. No need to buy a box of non-vegan and preservative-filled pop tarts at the store. Get creative and have the upgraded adult version of that treat you remember having as a kid with these perfect vegan homemade pop tarts from the Food Monster App! 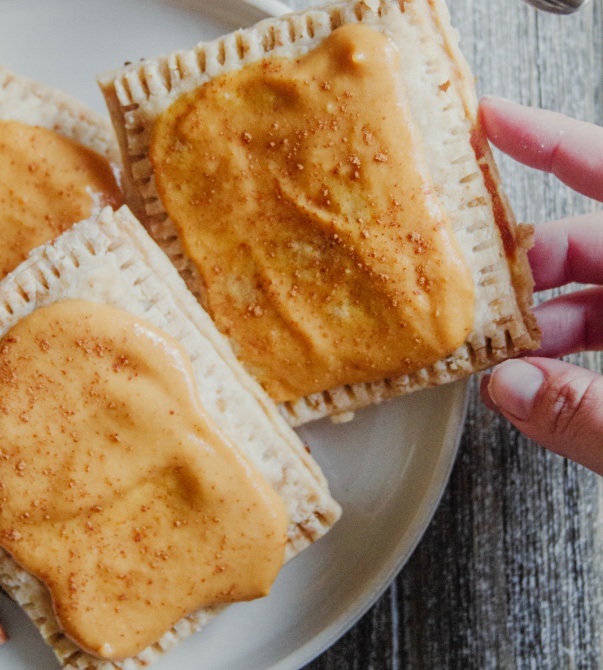 These Gluten-Free Pumpkin Spice Pop Tarts by Taavi Moore are so buttery, flaky, and are the perfect fall dessert for all ages. Yes these are gluten-free…no these are not dry (in the slightest). 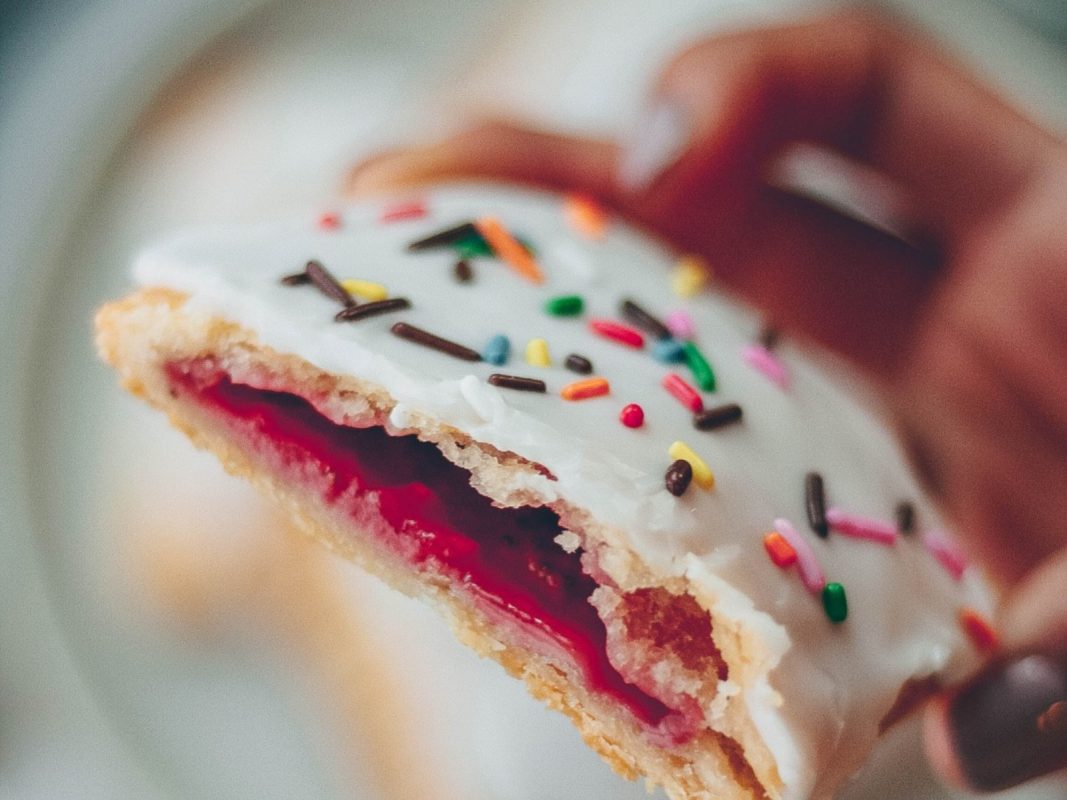 These “gourmet” Strawberry Pop Tarts by Taavi Moore will take you right back to your childhood. With the jelly-like strawberry jam in the middle, slightly hollow center, crispy edges, and sweet icing topping…it truly is close if not better than the original pop tart. Flaky and buttery pastry dough stuffed with sweet homemade strawberry jam and drizzled with a simple icing and rainbow sprinkles. So yummy! 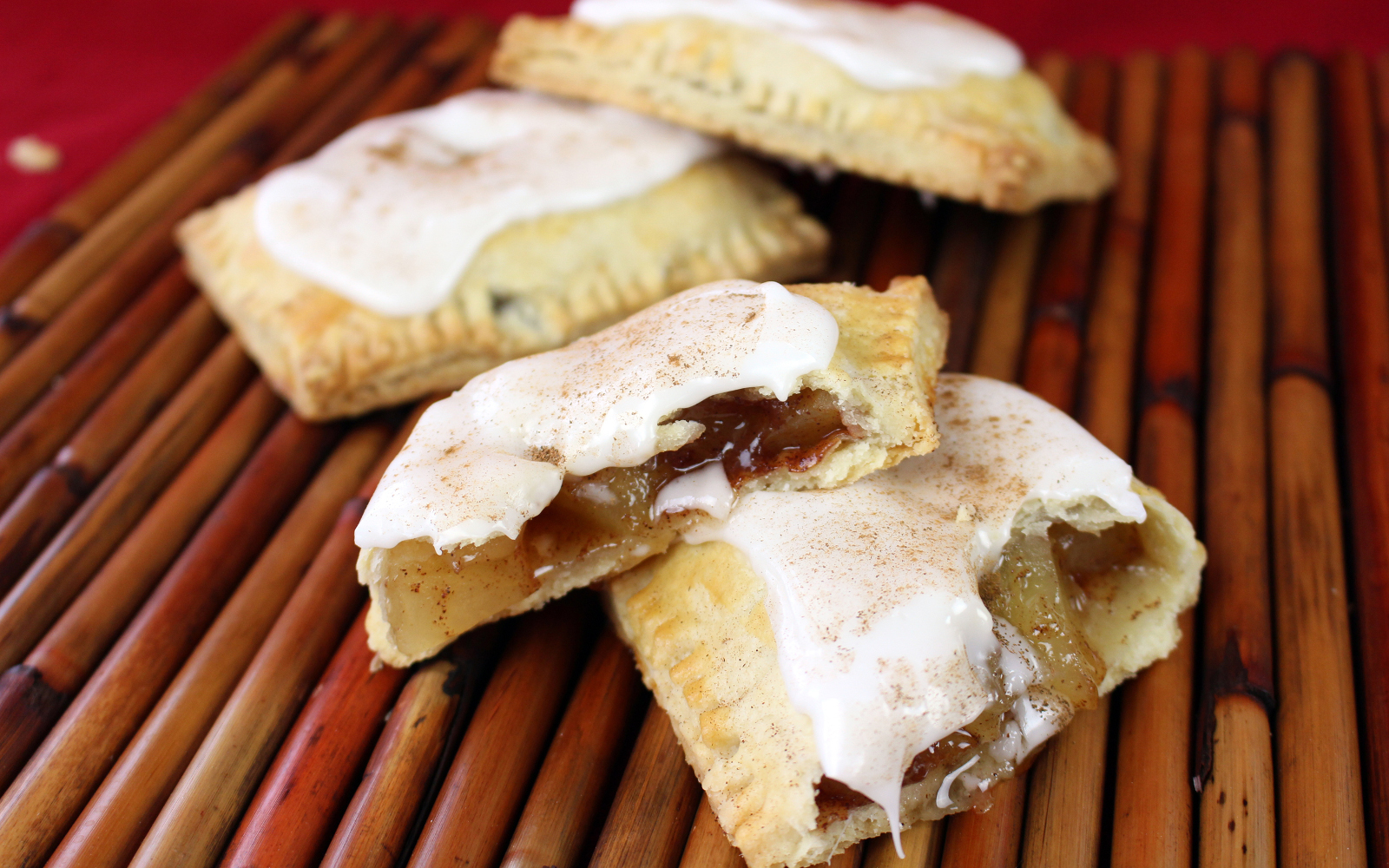 Who didn’t love pop tarts!? The super sugary pastry snacks were a treat for breakfast, lunch, and after school snacks! This Apple Cinnamon Pop Tarts recipe by Gretchen Price is so easy to make and way better than the store bought variety. Homemade dough surrounds an apple pie filling and then topped off with the iconic pop tart icing. 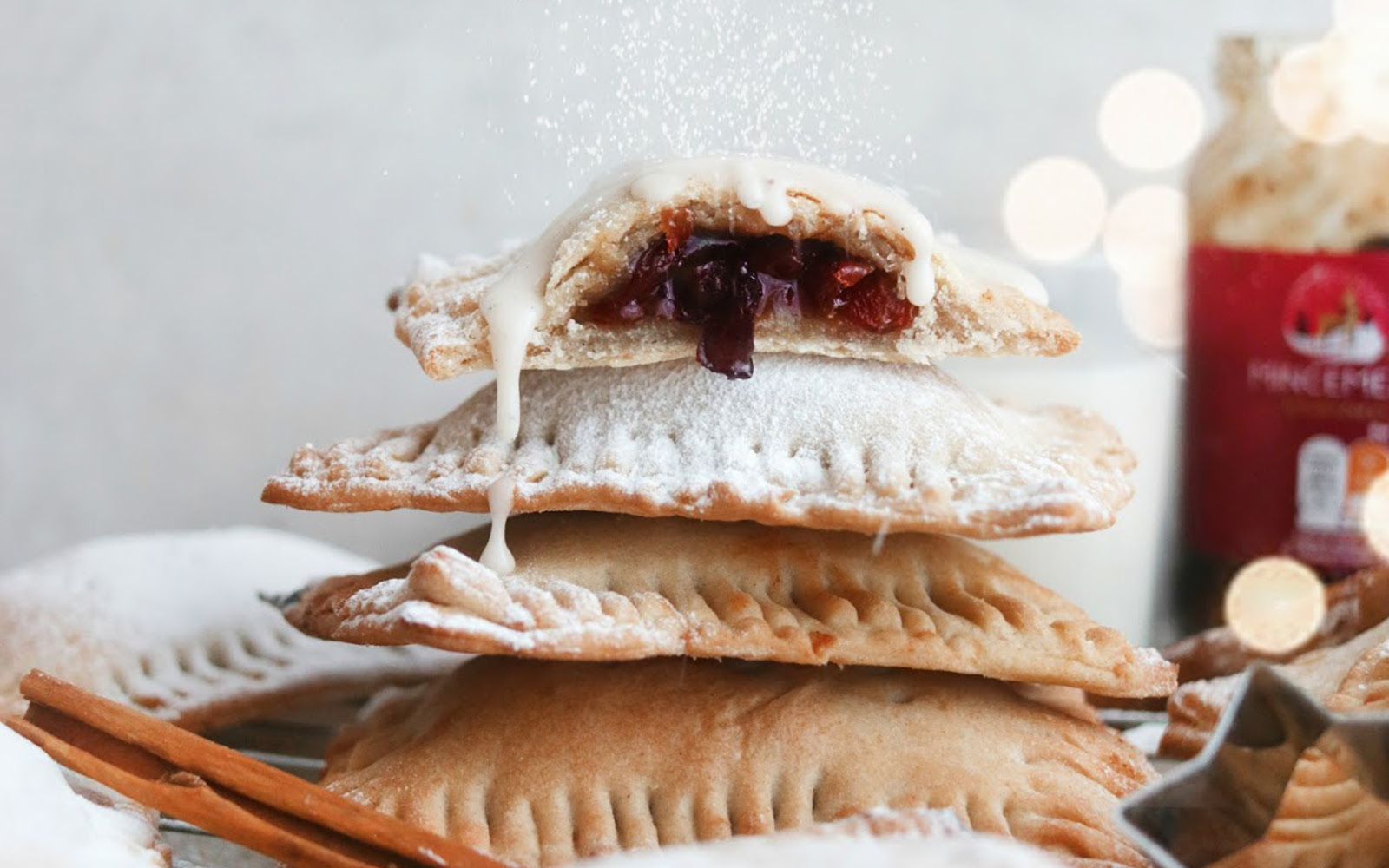 If you like mince pies, you will love this mince pie inspired Fruity Pop Tarts recipe by Holly Jade! Why not spice things up and combine mince pies and pop tarts? These little parcels are absolutely delicious, filled with vegan mincemeat! 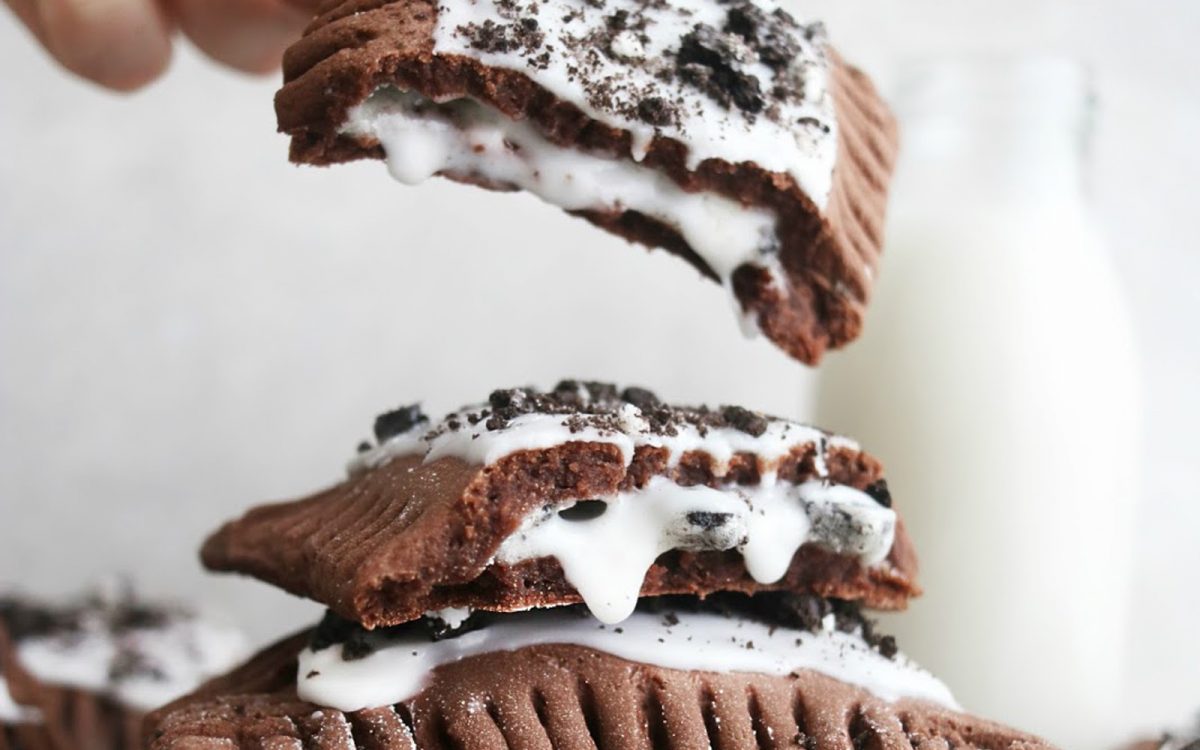 We’ve probably all seen Pop Tarts in the supermarket and drooled at how amazing they look, but unfortunately, they’re not vegan! These Cookies and Cream Pop Tarts by Holly Jade are a rich chocolaty pastry with a cream filling, topped off with a vanilla glaze and ‘cookies and cream’ cookies. YUM! The actual pastry is gluten-free and very crumbly. These “pop tarts” are surprisingly easy to make, and if you served them at a party or event, everyone will be very surprised with you as they look incredible (and taste delicious!). 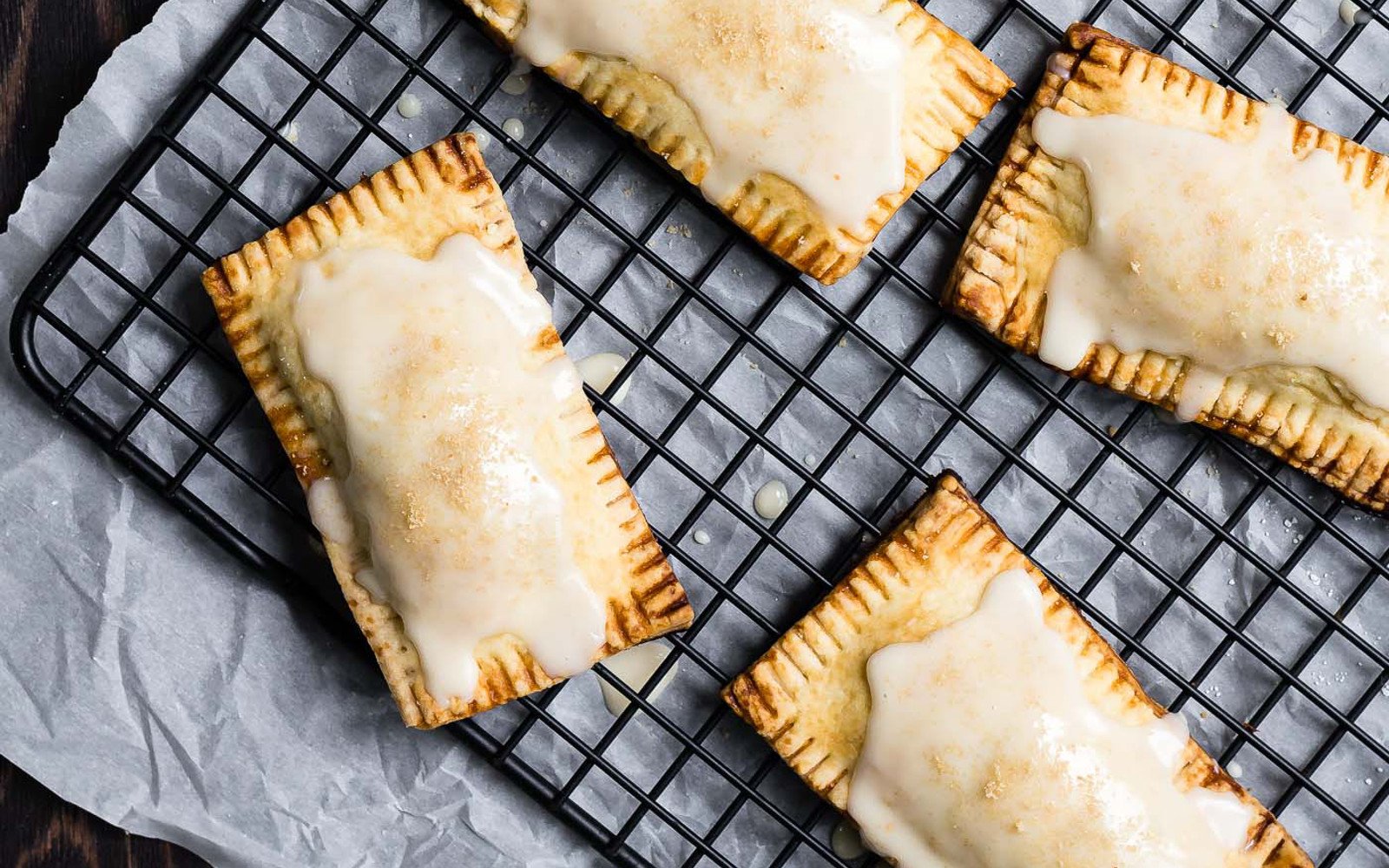 These vegan Maple Pumpkin Pop Tarts by Denisse Salinas are made with an irresistible maple icing and the flakiest, tastiest pastry crust made from coconut oil! Could be the sugar rush, but we are bouncing off the walls over these treats that combine the most fantastic fall flavors with one of our all-time favorite childhood goodies. Now you can make the nostalgic pastry from scratch without any of those weird artificial ingredients and preservatives. 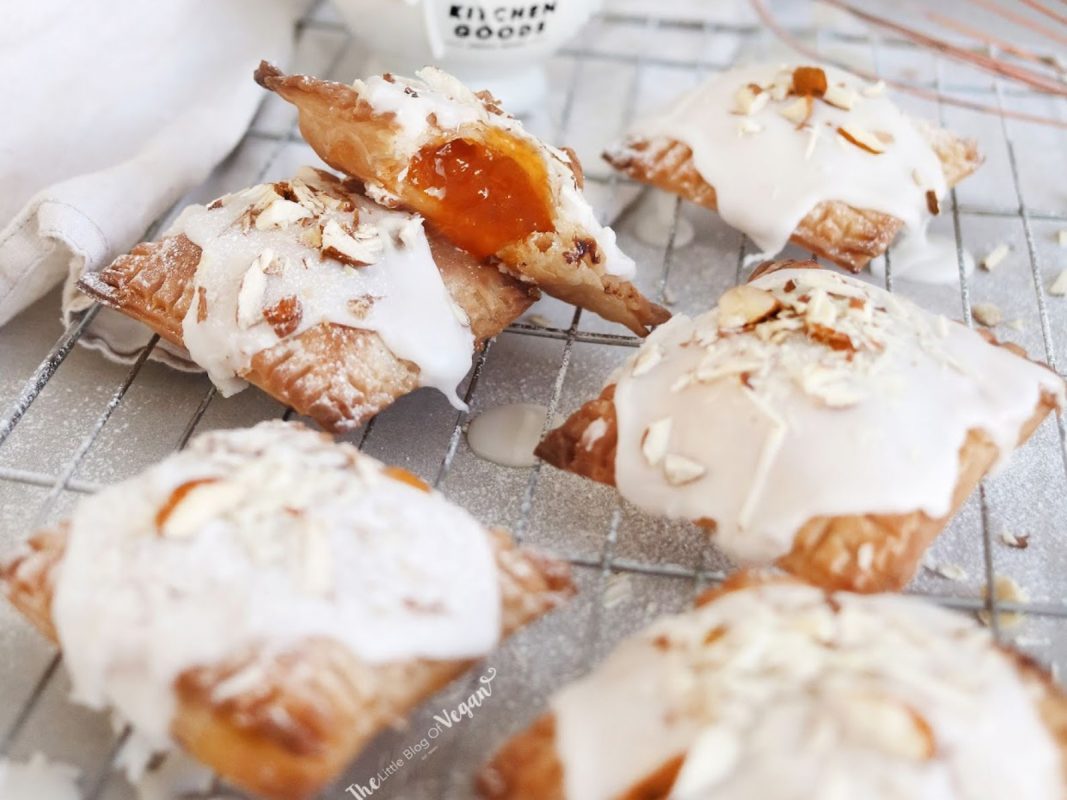 These Apricot Puff Pastry Poptarts by Holly Jade are not your usual pop-tarts, but who says all pop-tarts have to be the same? A delicious gluten-free puff pastry with a filling of apricot jam, topped with lemon drizzle, chopped almonds and grated dairy-free white chocolate.

These warm, cozy Coconut Sugar Cinnamon Pop Tarts by Lauren Wright are the perfect treat! The dough is flaky, tasty, and very easy to make. The coconut sugar has a dark, rich flavor, similar to brown sugar and then mix that with cinnamon and you’ve got a winner! The hardest part about these is waiting for them to cool before digging in. 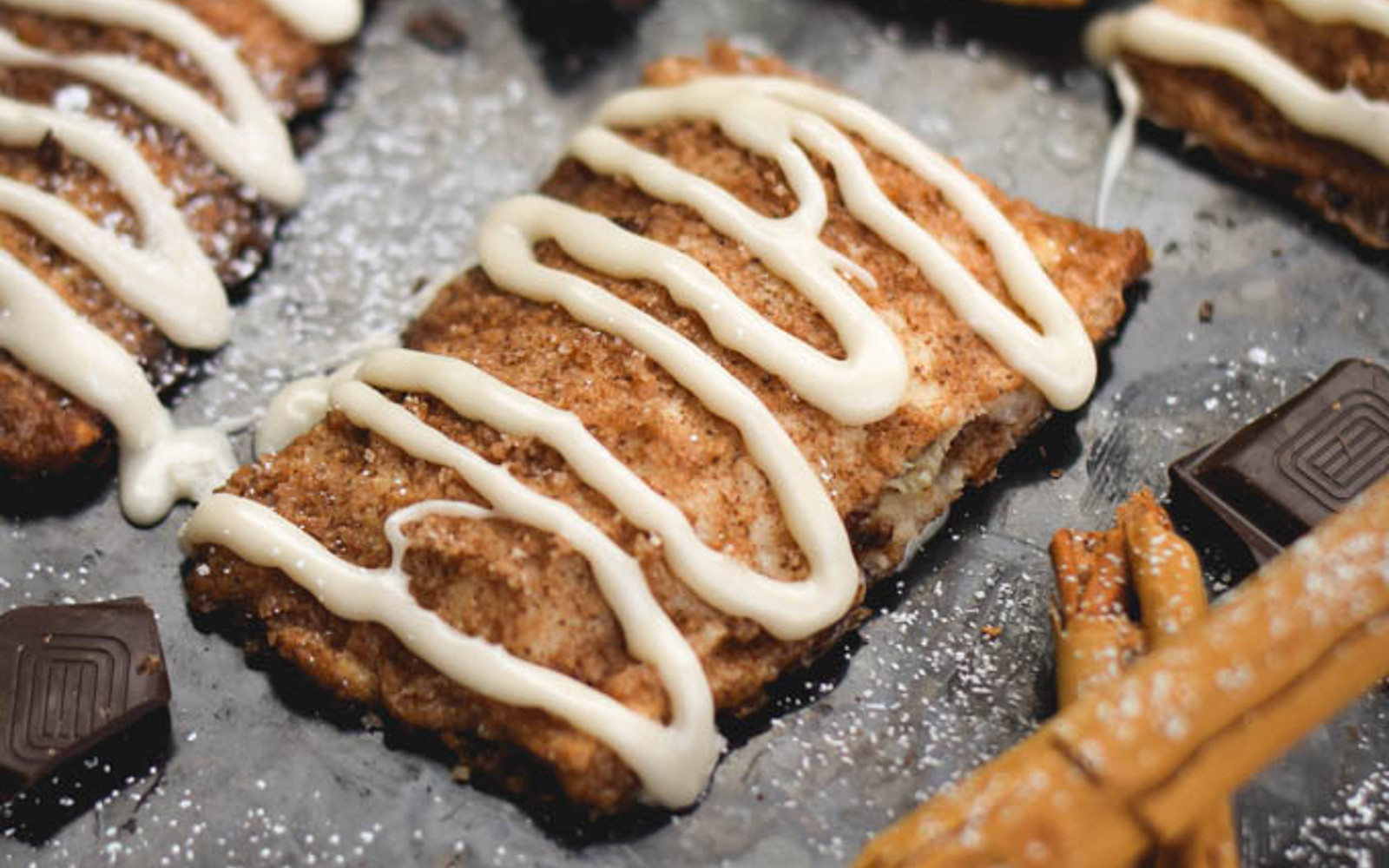 No pop tart could ever stand up to these Chocolate Chip Churro Cheesecake Pop Tarts by Tori Cooper. They’re perfectly flaky on the pastry part, the filling is creamy and cheesecakey (not to mention studded with tons of chocolate chips!), then they’re covered with all the cinnamon/sugar goodness of a churro and drizzled in a little icing for cosmetic appeal and good measure. You know you need these in your life.