Gooseberries Are The Superfood You Never Knew Existed 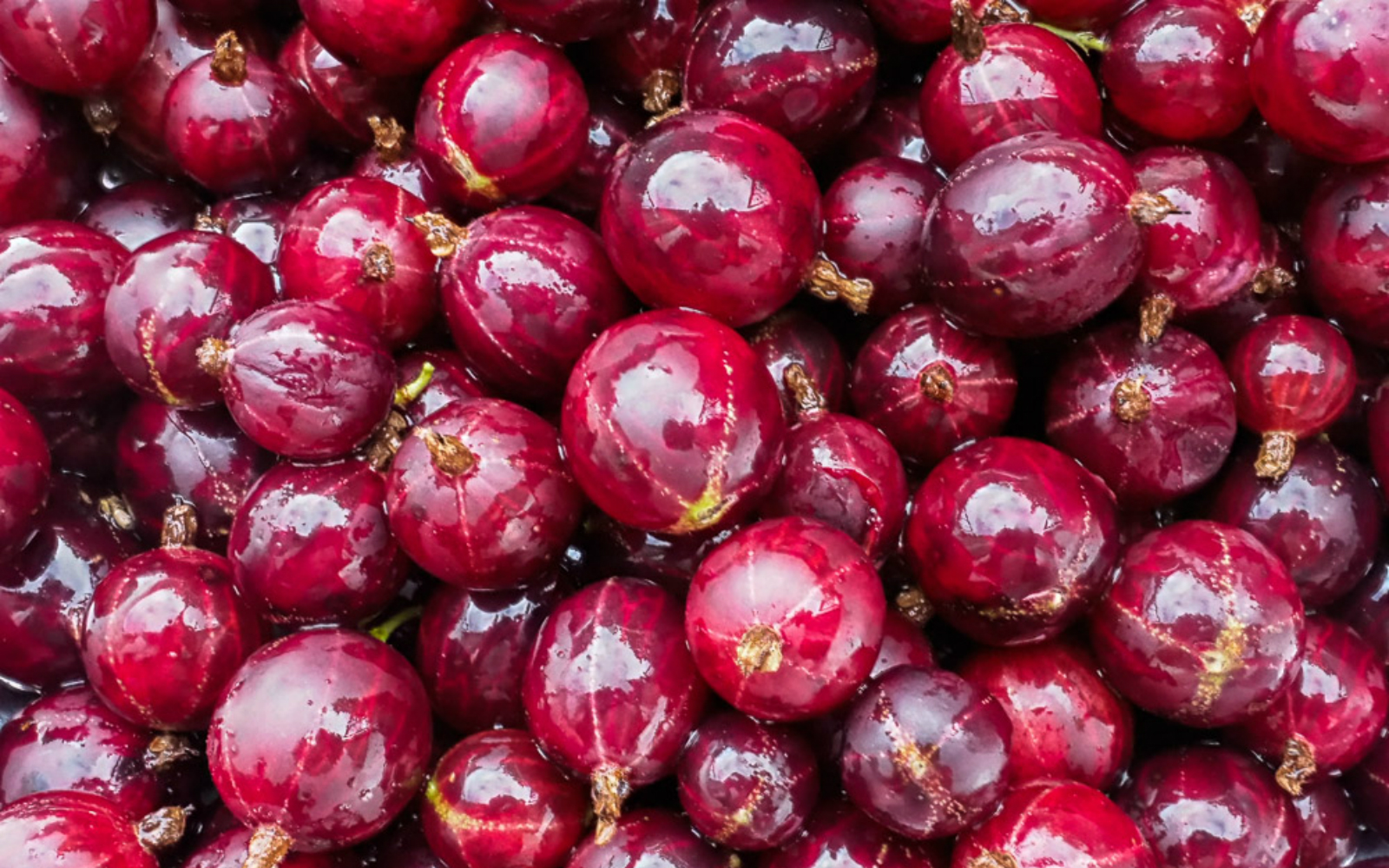 Have you heard of gooseberries before? We know: they sound like one of the magical, made-up berries plastered on the wallpaper of Willy Wonka’s Chocolate Factory. Does anybody else remember the iconic scene where the beloved candy maker instructs all of his guests to give his edible wall a lick?

Wonka didn’t actually have gooseberries on his wall. The small and round berries sound fabricated, but they’re real berries that belong to the same family as currants, and are chock full of good-for-you nutrients — particularly if you’re a woman!

Gooseberries grow on relatively small, thorny bushes in Europe and North America. A diverse berry, they come in a variety of shapes (round, oval, elongated, and pear-shaped), as well as different colors. Some gooseberries have a tart and sour flavor profiles, while others are sweet. While you may not have heard of the fickle berry before, summertime is the perfect opportunity to start incorporating them into your diet, because though they be but little, they are fierce. 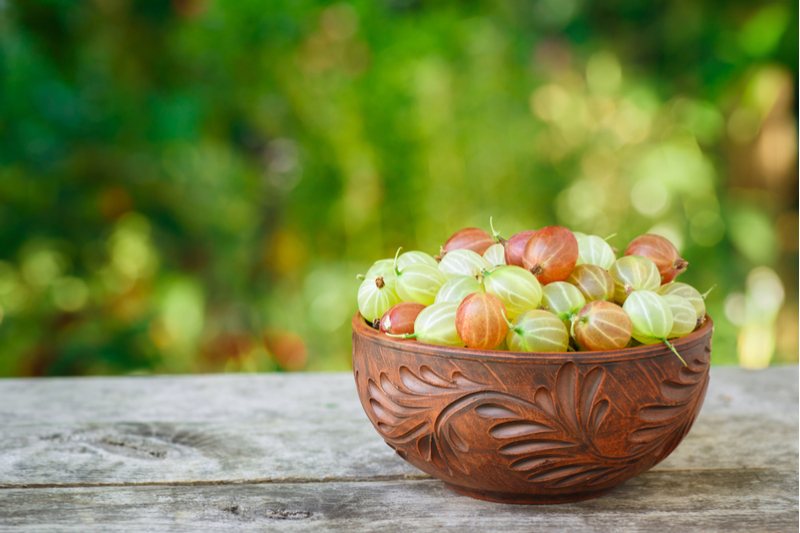 Gooseberries are total superfoods. Not only are they brimming with high amounts of Vitamin C and anti-cancer properties, but they’re amazing at balancing women’s hormones (most superfood berries are). Additionally, NutritionFacts.org reports that gooseberries (also known as Amla Berries) contain “cough-, fever-, pain-, stress-, and diarrhea-suppressing effects.”

As Organic Facts notes, they also enhance food absorption, fortify the liver, and acts as an anti-oxidant.

How to Find Them 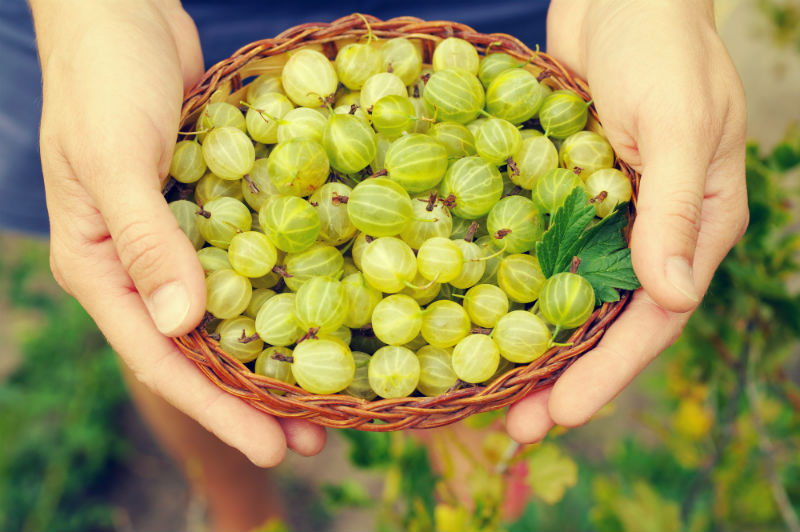 Luckily, gooseberries are easily found in America. If you’re up for an adventure, you’ll be able to forage some of your own berries by plucking them out of their spiky gooseberry bushes, which are often found growing in hills and mountains where the climate is somewhat cool and moist. If you’re more into quick and easy convenience, you’ll probably be able to find some at your local store when they’re in season (anytime between May-August).

Selecting the Right Gooseberries for You 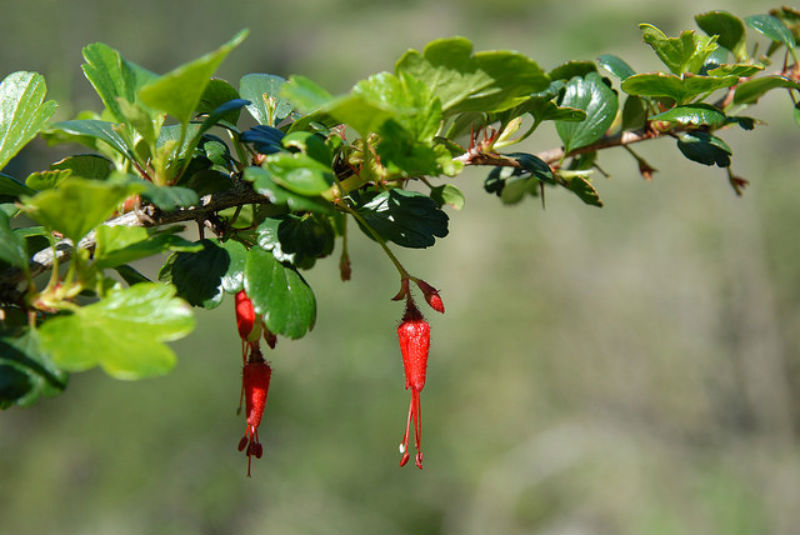 Gooseberries look and feel similar to grapes, so look for plump and clean ones. The green gooseberries are early season, and are typically used as ingredients in cooking; those will be smaller and even firmer than their late-season counterparts, which are larger, plumper, and softer to the touch. Late season berries will range from yellow to red, and are more like cherries in that you can just pop them in your mouth and munch on them for a sweet snack option. 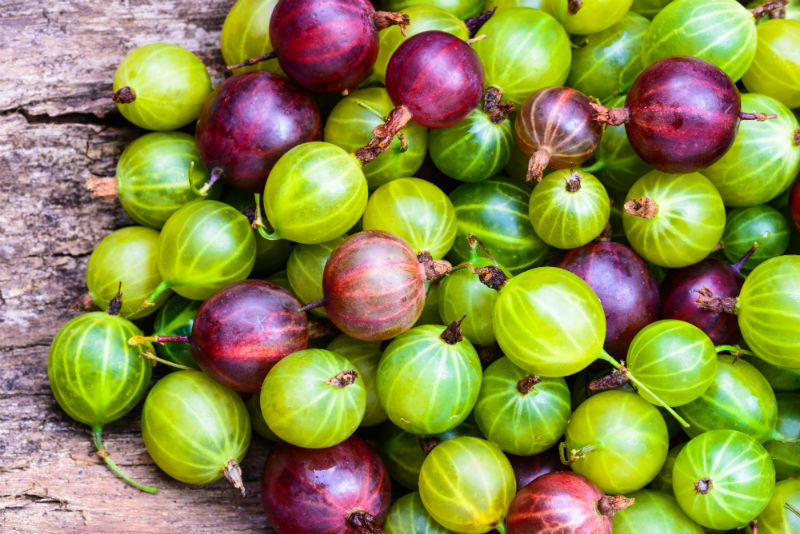 You can freeze the early season green berries well, or store them in your refrigerator for up to a week and a half. Later season varieties, on the other hand, should be consumed pretty promptly; while you can store them in the refrigerator, you have about a two-day window before they start to go bad. 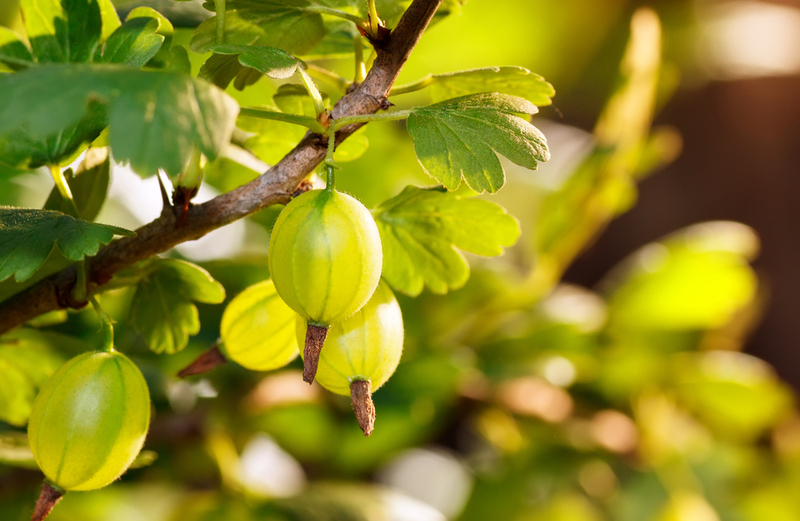 You can get as creative as you like with these berries; depending on which variety you’re working with, gooseberries act as shape-shifters, and can be repurposed into desserts, such as this vegan Gooseberry Chocolate Cake Tart, or even savory sauces, like this Salsa Verde (did you know tomatillos are actually a kind of gooseberry?).

Whole Foods suggests that you prepare your gooseberries by first peeling off its husk. Next, rinse and pat them dry, before trimming the tops and tails off with kitchen scissors. Then get to cooking!

Many recipes will call for gooseberry compote as an ingredient, which is essentially just taking a mixture of gooseberries and sugar, and reducing them down with water until you’re left with a soft and pulpy sauce. Because gooseberries vary in sweetness, this is all down to your personal preference, so feel free to sweeten and reduce to your taste. 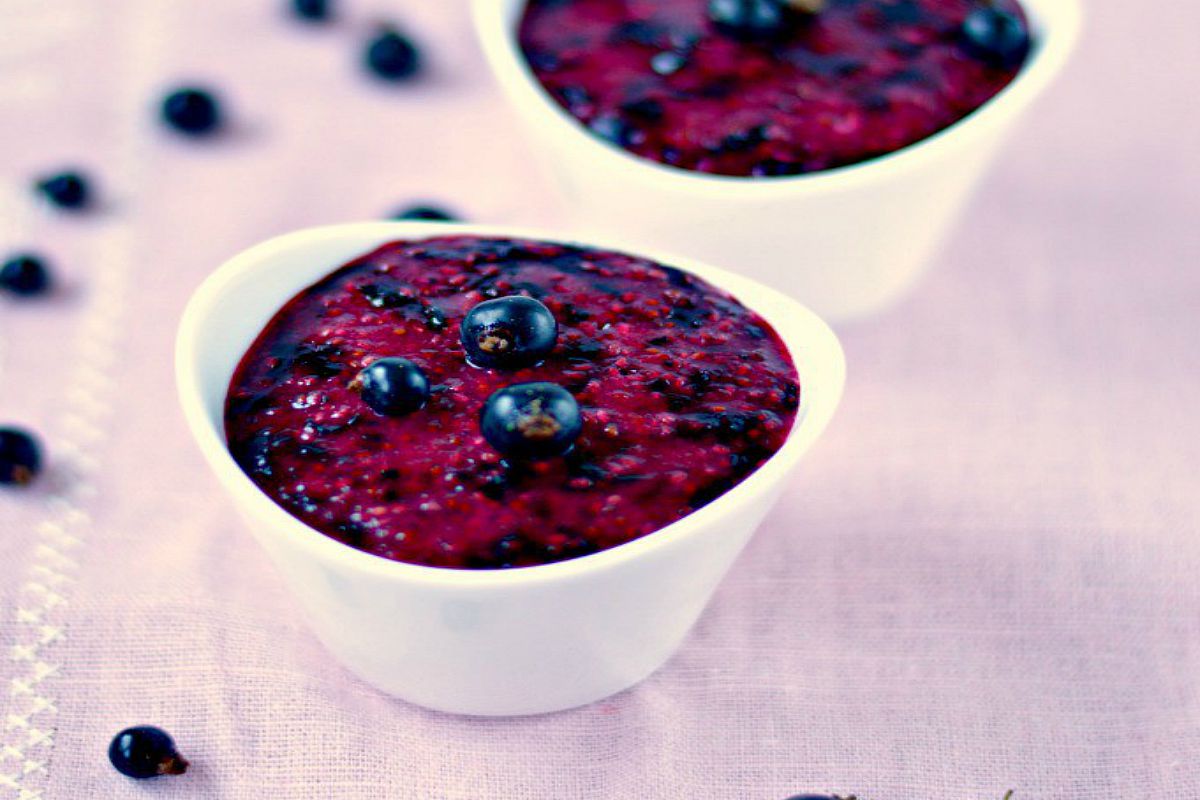 So, what do other people tend to make when they have gooseberries on hand? Pies, for one thing! Because gooseberries are both sweet and tart, they’re the perfect filling for your next summer potluck. Just grab your favorite pie recipe (this gluten-free Raw Crust is a good option; you can also try out this gluten-free No-Bake Classic Blueberry Pie if you don’t feel like turning on your oven in the summer) and swap out blueberries for gooseberries!

Alternatively, gooseberries pair harmoniously with currants, so if you’re looking for a new twist on this Healthy Blackcurrant Jam, why not swap out some of the blackcurrants with gooseberries?

You can pair your jam with some Homemade Peanut Butter for a perfect, comforting summer sandwich, or get fancy and throw a tea party featuring these Currant Lemon Scones with jam.

And of course, for more ideas on how to sub gooseberries for other berry recipes, make sure you check out our Food Monster App, which features more than 8,000 vegan, allergy-friendly recipes.