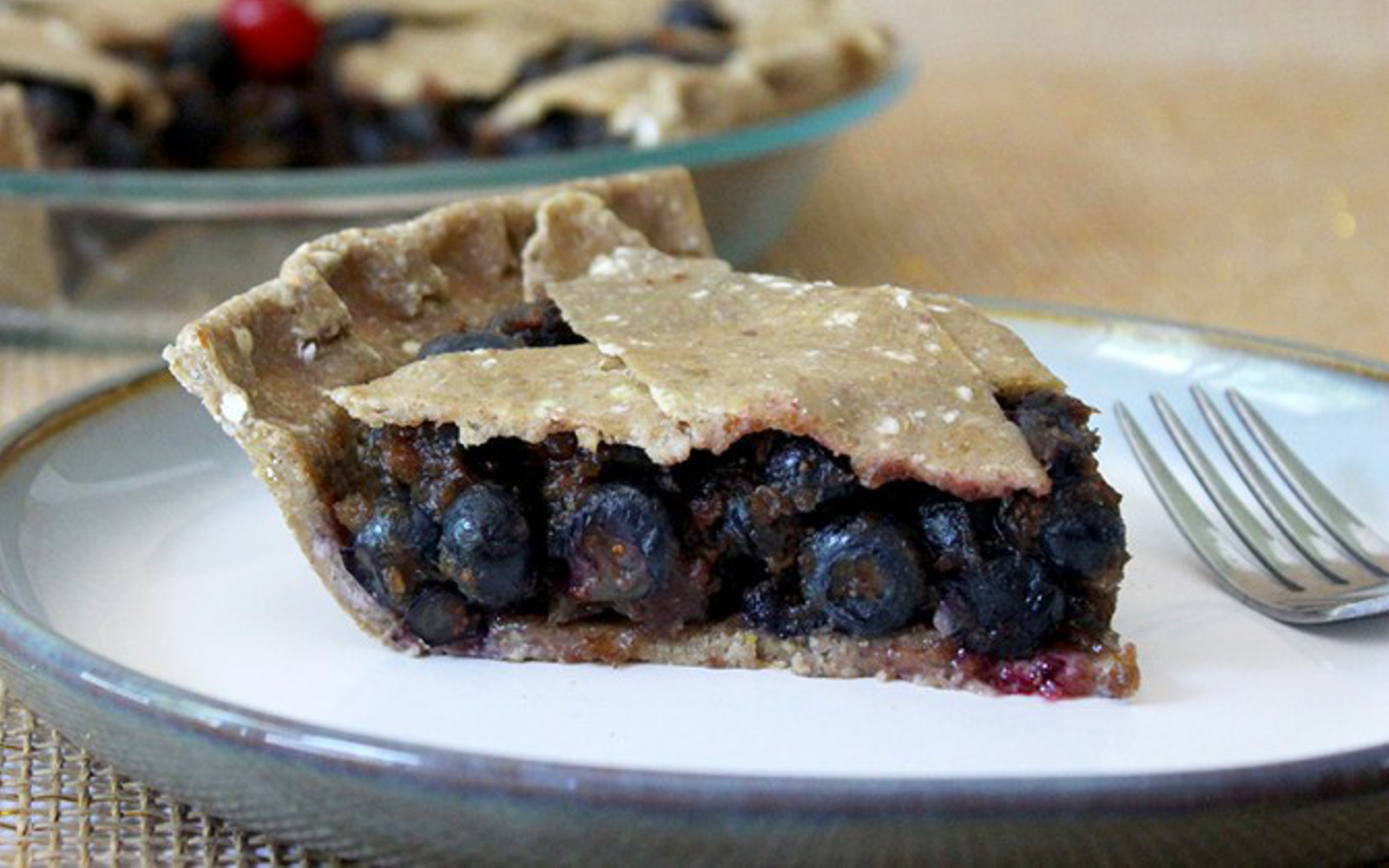 If you thought you had to bake your pies, think again. This raw blueberry pie all you could ever ask for. It has a crispy crust and a sweet blueberry filling that would pair perfectly with a generous scoop of vegan vanilla ice cream.

To Make the Rest:

Total Calories: 2840 | Total Carbs: 578 g | Total Fat: 54 g | Total Protein: 70 g | Total Sodium: 614 g | Total Sugar: 220 g Note: The information shown is based on available ingredients and preparation. It should not be considered a substitute for a professional nutritionist’s advice.

Amanda Nicole Smith is all about pure food and fitness, which make up what she calls a “Purified Lifestyle." She loves experimenting with raw vegan recipes, sprouting, fermenting, and taking photos of all her creations. Amanda finds joy in recreating recipes with simple whole ingredients and sharing them with friends and family. She sees food as fuel to do the things we love and to feel the best we can. "By learning to listen to our intuition and instinct, we are able to be and do what we feel is ultimately best for ourselves." Her goal is to help others purify their lifestyles by focusing on inner thoughts and feelings, replacing favorite go-to foods with healthier equivalents.