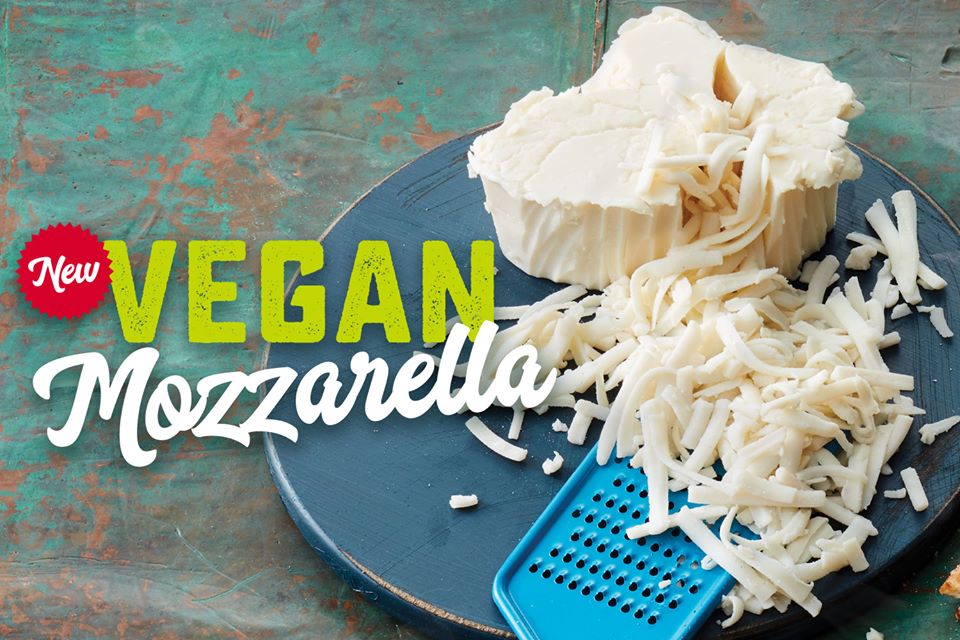 At the beginning of January 2018, Domino’s in Australia added vegan cheese to its menus for a trial period. Just a few weeks later, Domino’s announced via a Facebook video that the Follow Your Heart cheese is a permanent fixture on menus at more than 600 locations. The announcement came shortly after many Domino’s across Australia ran low on the plant-based cheese product after only a week of serving it. 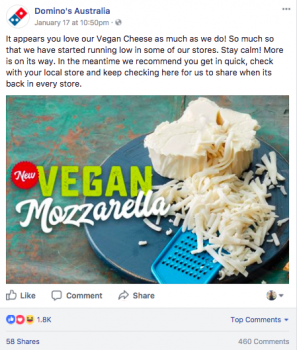 CEO of Domino’s Australia and New Zealand, Nick Knight, said “We are doing everything we can to get [the plant-based cheese] back in stores and we want to thank you guys for your support. We knew this would be big, but it’s been huge.”

After so much success in Australia, maybe Domino’s will consider expanding this new menu item to all locations globally!

How to Make a Pizza From Scratch at Home!

While ordering delivery may save you time, it’s so much more rewarding to make a pizza from scratch in your own kitchen. From making the dough, to the sauce, to the plant-based cheese, to picking a variety of tasty toppings, you can customize your pizza just how you like. Need some creative inspiration? We found some helpful recipes from the Food Monster App to help you get started. If you’re looking for a healthier spin on the traditional delivery pizza, here’s the Ultimate Guide to Making Homemade Pizza the Healthy Way.

This Whole Wheat Sourdough Pizza Crust by Travis Piper will take your homemade pizza to a new level. This pizza crust will not disappoint because it tastes just like the sourdough bread we all know and love! Top it with whatever toppings you enjoy and dig in. It’s so worth it.

How to Make Thick Pizza Sauce

Use this guide on How to Make Thick Pizza Sauce by Veronica Grace for the ideal pizza sauce. Skip buying the store-bought product to add some extra flavor to your homemade pizza. Plus, this sauce is oil-free, fat-free, and entirely plant-based!

This Moxarella Cheese by Somer McCowan is instant, doesn’t include anything artificial, browns, and stretches. This cheese stays in a “melted” type form until baked, and then it forms a nice crust, like dairy cheese does. The final product is fairly salty so it will stand out in your dishes.

If you’re looking for more homemade cheese recipes, check out 20 Amazing Vegan Cheeses You Can Make at Home by downloading the Food Monster App, which is available for both Android and iPhone, and can also be found on Instagram and Facebook. The app has more than 10,000 plant-based, allergy-friendly recipes, and subscribers gain access to ten new recipes per day. Check it out!