The Campbell Soup Company is working to introduce new food options with plant-based proteins like chickpeas, lentils, and quinoa.

Last year, Campbell’s committed to bringing more plant-based food to consumers when it joined the Plant Based Foods Association, a group that works to expand the market for fruit-and-veggie-based foods.

The company’s senior vice-president, Carlos Barroso, said that Campbell’s is “literally scouring the earth” to find new sources of protein.

“We’re focused on plant proteins, but there’s more to the plant than just the proteins,” said Barroso, who added that Campbell’s produces 15 billion servings of veggies each year.

As part of its initiative toward producing more plant-based products, the company has released new non-dairy milks with plant-based protein under the Bolthouse Farms label. The protein milks contain 10 grams of pea protein, and come in chocolate, vanilla, original, and unsweetened flavors.

“Making our product taste good with 10 grams of plant-based protein is a challenge,” said Barroso, “and fortunately we have some great scientists and chefs that work together and bring the culinary part with the science, and when you do that right, and I’m sure my colleagues will attest to this, you build layers of protectable advantage.”

Campbell’s also released Well Yes! soups that have no added flavors. Four of those soups, including the Hearty Lentil with Vegetables and the Cajun Red Bean and Vegetable soups, are vegan. Barroso pointed out that the soups have ingredients like quinoa and black rice. Another soup contains kale and chickpeas.

Make Your Own Soup At Home!

Can’t get a hold of one of Campbell’s plant-based soups? Try making some of your own protein-packed vegan soup at home with these great recipes from the Food Monster App! 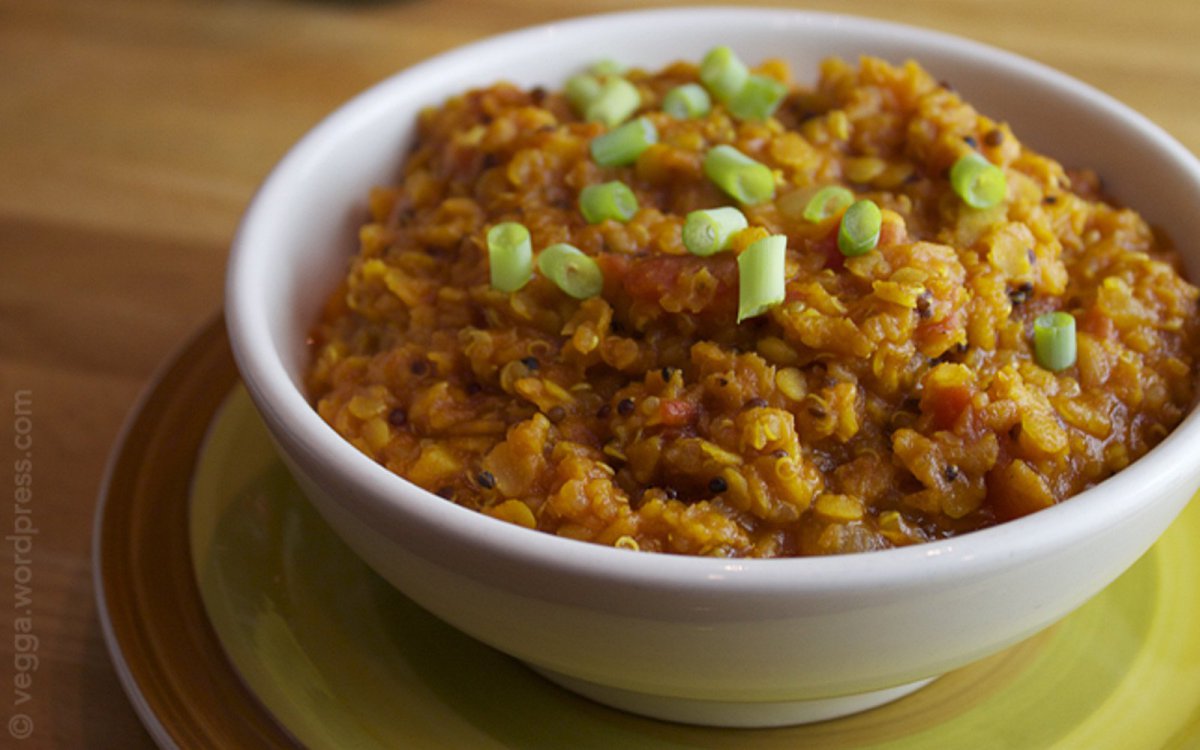 Kelly Williams’ Sweet Potato, Quinoa, and Red Lentil Stew is the perfect soup for those looking for protein. Lentils and quinoa combine in this soup for a nutritional powerhouse! 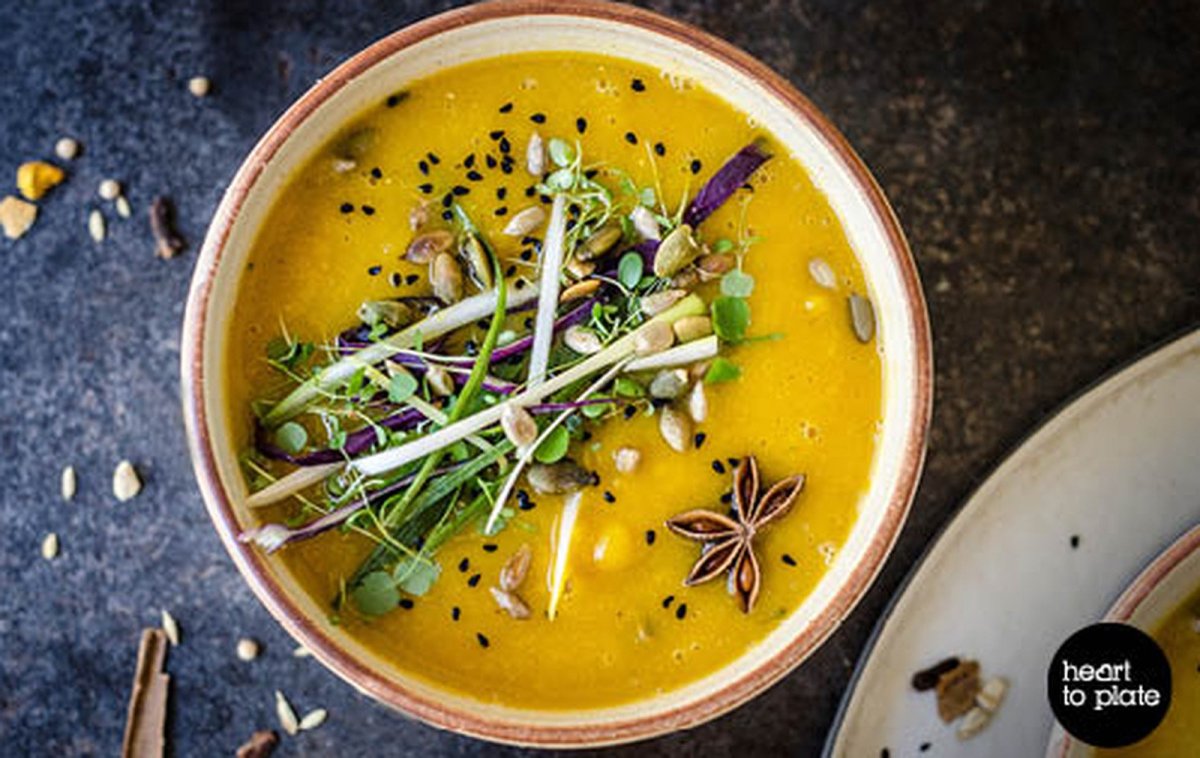 This Moroccan Miso, Lentil, and Pumpkin Soup from Judy Moosmueller has a fresh and vibrant flavor inspired by Moroccan cuisine. Miso paste helps give this soup a delicious umami flavor. 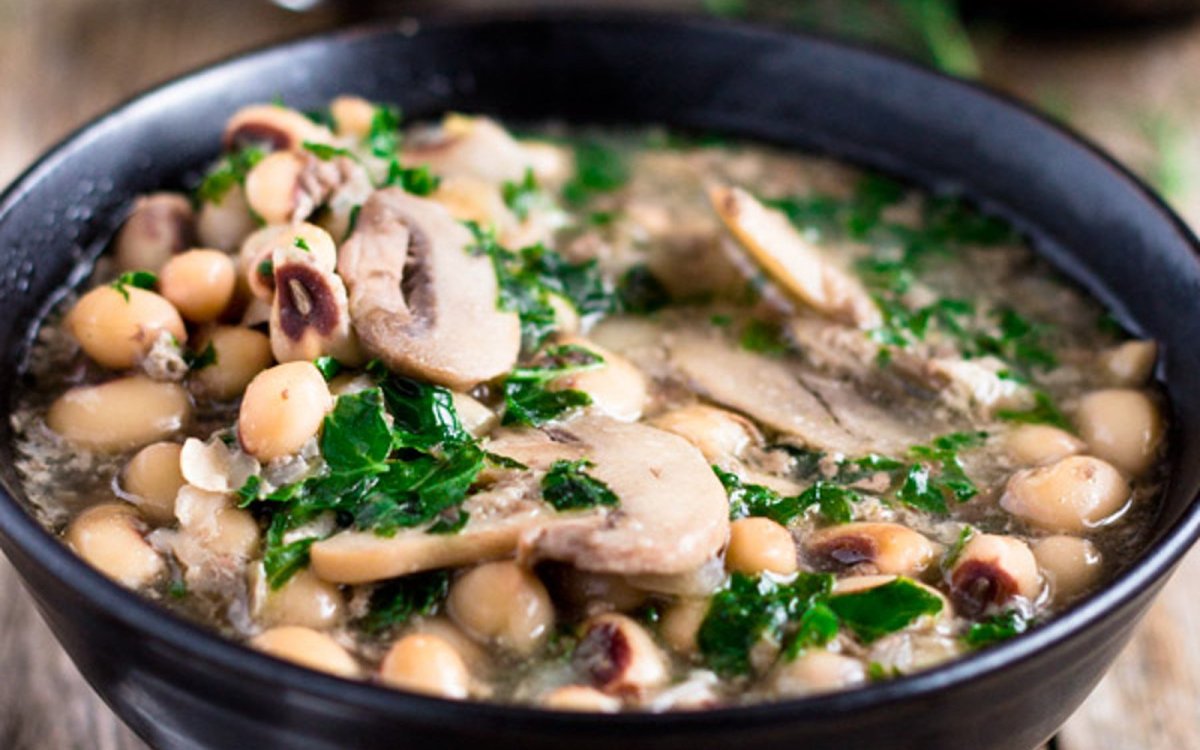 Black-eyed peas are a great source of protein, and this Rosemary Black-Eyed Pea Soup With Kale by Joyce Gan is a tasty way to get their nutritional benefits.

Looking for more soup ideas like French Onion, Fennel, and Green Lentil Soup? Download the Food Monster App, which is available for both Android and iPhone, and can also be found on Instagram and Facebook. The app has more than 10,000 plant-based, allergy-friendly recipes, and subscribers gain access to new recipes every day. Check it out!