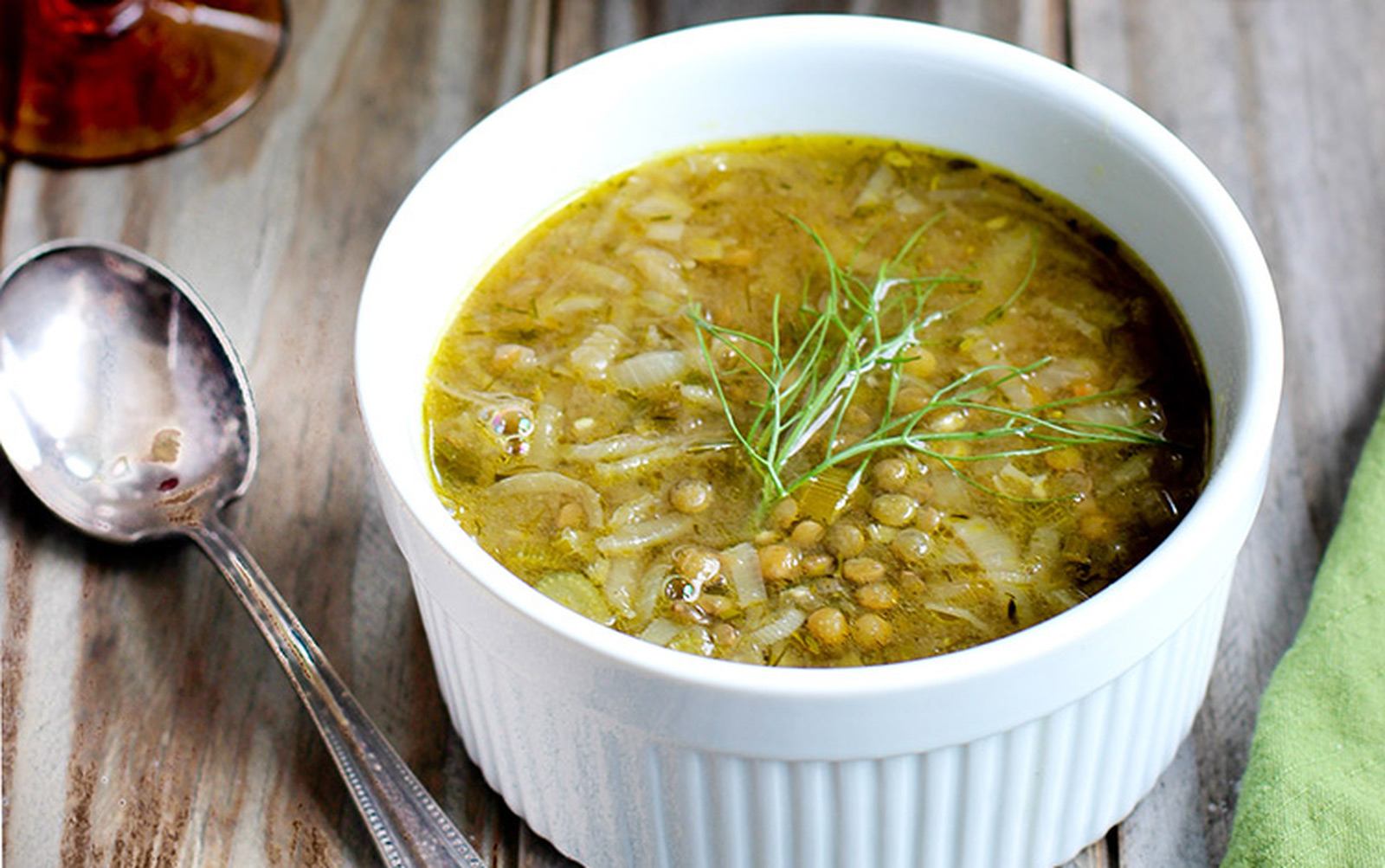 This is a twist on the classic French onion soup with the addition of French green lentils and crunchy fennel fronds. It has such a depth of flavor that will sooth your soul.