10 Reasons July was Groundbreaking for the Plant-Based Meat Industry 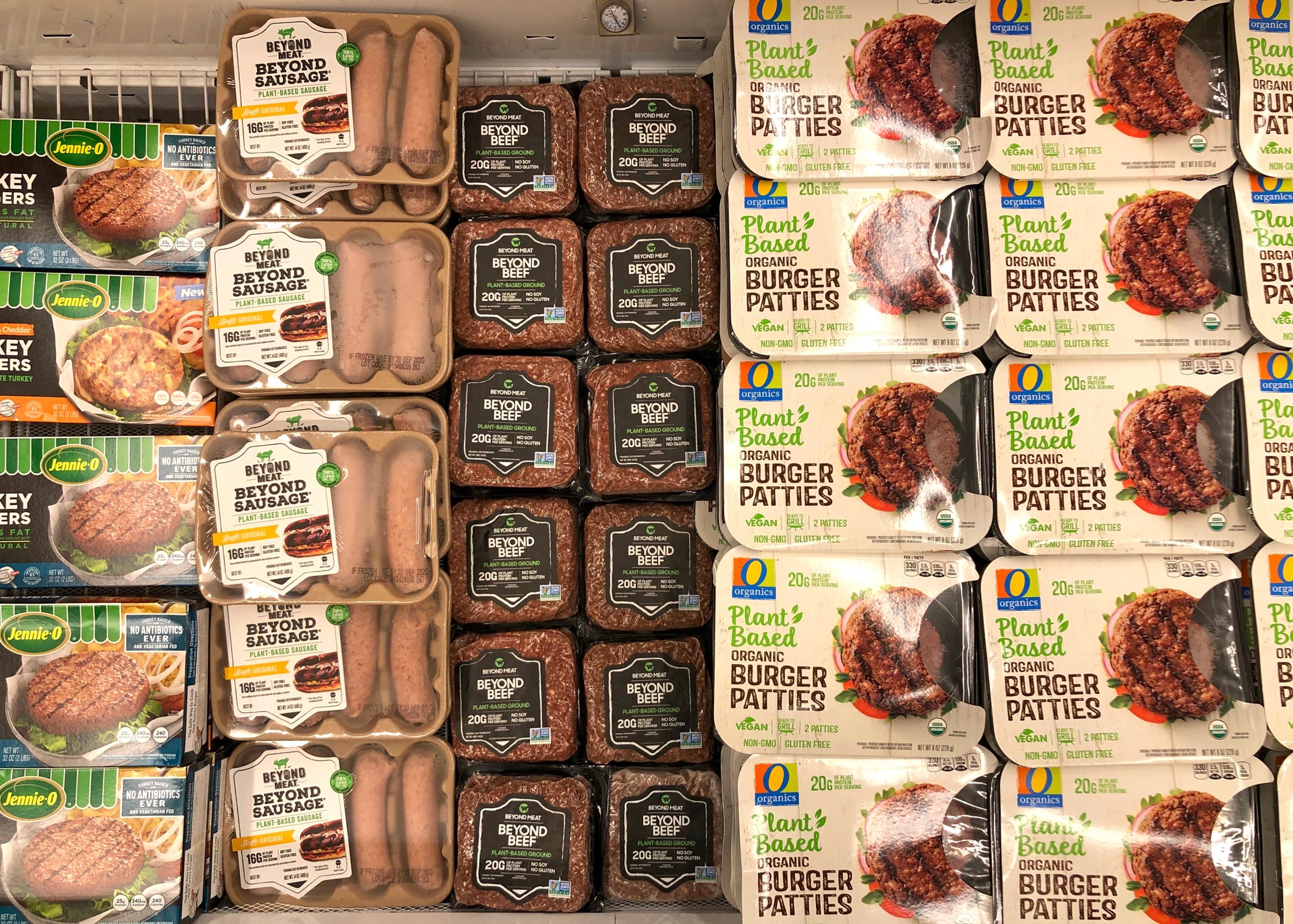 The surge is likely due to COVID-19 disruptions in the conventional meat industry and the growing awareness about the link between meat and disease. Major meat companies have had to shut down production as many of their employees got infected with the virus.

In contrast, the plant-based meat industry has been less vulnerable to staffing shortages and can more easily manipulate its supply chain.

“Unlike many companies, our technology can be dropped into any factory and can scale because we don’t have a lot of [the problems] the meat industry struggles with,” said David Lee, CFO of Impossible Foods.

Days after the company announced its products will be sold in Trader Joe’s, it revealed its expansion into Walmart, the world’s largest retailer. Impossible Foods’ 12oz. ground beef packages will roll out at nearly 2,100 Walmart Supercenters and Walmart Neighborhood Markets across the U.S. The Impossible Burger meat will also be sold on the company’s website and app.

“More Americans buy meat for their families at Walmart than anywhere else. We’re confident that once Walmart customers try Impossible, they’ll become enthusiastic advocates of our products and our mission,” said Impossible Foods’ CEO and Founder Dr. Patrick O. Brown

2. The Not Company Expands in Latin America

The Chilean plant-based food company, The Not Company (“NotCo”), further expands into Brazil, the world’s third-largest beef consumer. The company also plans to open a delivery restaurant in Brazil. NotCo already sells its products in stores in Chile and Argentina, and has previously signed a deal with Papa John’s Pizza in Chile and Burger King Chile.

NotCo uses artificial intelligence to produce plant-based food alternatives such as milk, ice cream, and mayonnaise. The company is the leading contender in the plant-based market in Latin America and will soon be worth $250 million.

Tesco, the largest retailer in the UK, is growing its plant-based food collection. In June, the supermarket added 15 new products of its own-brand plant-based options, totaling to 100 plant-based items in its brand.

The quick-service restaurant chain launched the Vegan Deluxe breakfast sandwich at all of its locations in New York City, New Jersey, and Washington, DC. The new sandwich features JUST Egg, Beyond Breakfast Sausage, and Daiya Foods’ cheddar cheese, all served on a buttery vegan croissant.

5. Beyond Meat in China and Brazil

The plant-based company has partnered with Chinese tech giant Alibaba to bring Beyond Burgers to supermarket shelves in mainland China for the first time. Beyond Burgers will started in 50 Alibaba-owned Freshippo (Hema) stores in Shanghai on July 4.

Beyond Meat has also launched its products in 19 high-end St Marché stores in Sao Paulo, Brazil. As the world’s third-largest market for meat consumption, Beyond Meat believes the country offers great opportunities for plant-based protein. Beyond Burger, Beyond Sausage and Beyond Beef will be available in the meat section of the Brazilian stores.

Founder and owner Frederick Guerrero explained his decision to make a 100% vegan menu, “I’ve been vegetarian since I was about eight years old, so I really wanted to have a restaurant that was more representative of how I ate.”

Burgerlords plans to donate a portion of the profits from the vegan burgers to Stop AAPI Hate, a “coalition of community-based organizations that advocates for the rights and needs of the Asian and Pacific Islander American (APIA) Community in the greater Los Angeles area.”

El Pollo Loco, which is famous for its fire-grilled chicken, reformulated its Chickenless Pollo to be 100% vegan rather than just vegetarian. The Mexican-style fast-food chain released its Vegan Chickenless Line, which includes a plant-based chicken burrito and taco, after receiving customer reviews asking for a fully vegan option.

“Our customers provided feedback through our social channels. We listened and quickly reformulated the recipe in a matter of a couple months,” El Pollo Loco President and CEO Bernard Acoca said in a statement. “Evolving our customer favorite Chickenless Pollo innovation takes us another step further in the plant-based space and continues our commitment to championing making healthier eating more accessible and affordable.”

IKEA recently announced a meat-free version of its famous Swedish meatball. The plant-based meatball has only 4% of the climate footprint of the meat version and is made with pea protein, oats, apples, and potatoes.

“At IKEA we sell more than one billion meatballs every year,” said Sharla Halvorson, Health & Sustainability Manager for the IKEA food business globally. “If we were to convert about 20% of our meatball sales to plant balls that would mean around 8% reduction of our climate footprint for the food business at IKEA.”

Plant-based meatballs will hit stores in August in the European Union, followed by other markets in the North American, Asia Pacific, and Middle East regions.

Switzerland’s largest supermarket Migros has launched its own brand, V-Love, which includes a range of plant-based barbecue foods. Migros already offers nearly 700 certified meat-free products, 500 of which are vegan. The supermarket adds three vegan products under the new range: a pea protein-based burger, a bratwurst, and a grillwurst.

After a successful test run in Atlanta, Nashville, and Charlotte, KFC launched its plant-based fried chicken in about 50 locations in Los Angeles, Orange County, San Diego, and other places in Southern California. The nuggets, made by Beyond Meat, are available in six or 12-piece combos with a side of Secret Recipe fries and a drink, or as à la carte options. If KFC is satisfied with the sales in California, KFC Beyond Fried Chicken may become available nationally.

The plant-based meat industry has come a long way in the past year with their products popping up in major supermarkets and fast-food chains in the U.S. and abroad. Plant-based companies are working to lower their prices to become more competitive with conventional meat.

While the market size of the plant-based meat industry lags behind that of their animal-based counterparts, the growth in demand for plant-based products, spurred by the pandemic, could be sustained.

Overall, U.S. conventional meat sales are expected to drop by more than $20 billion before the end of 2020 and the UN predicts that per-capita consumption of animal-based meat in the U.S. won’t return to pre-pandemic levels until at least after 2025.

The massive expansion of plant-based meat products in July alone will fill the gap in the meat industry, showing consumers that meat can be produced without extreme environmental, ethical, and public health risks.