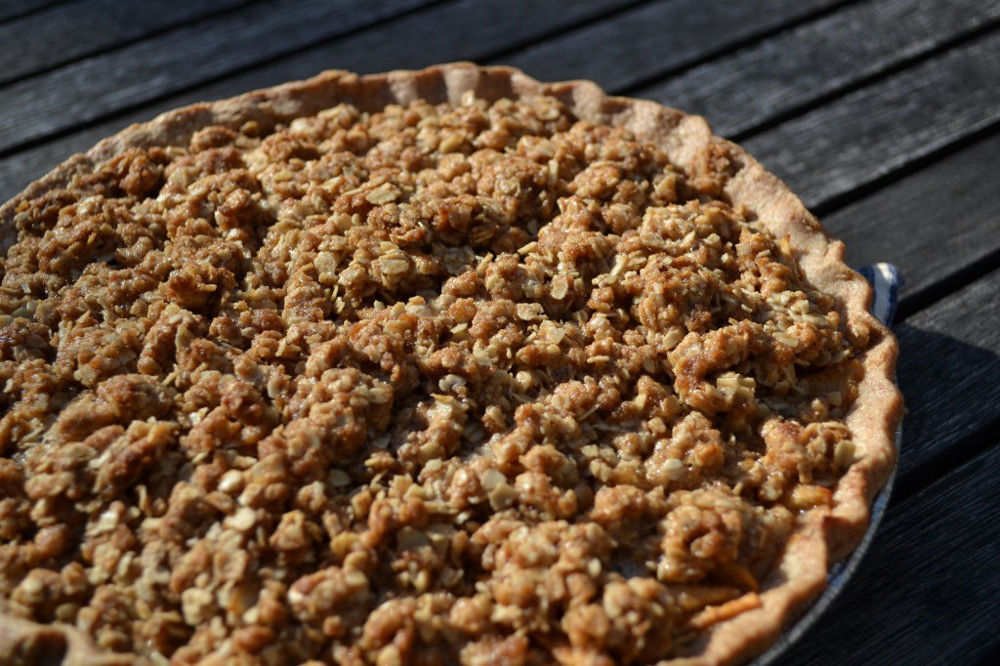 This pear apple pie is loaded with juicy apples and pears and topped with a delicious crumble topping. The spelt crust is rustic and flaky and the apples and pears are the perfect fall combination. Spelt is wonderful flour because it adds a delicious nutty flavor to the crust and it is a great source of manganese, which is important for healthy joints. This recipe is vegan, nut-free, soy-free, and nightshade-free. Apples are a sweet and nutritious ingredient. They are low in calories and contain plenty of soluble and insoluble fiber that slows down the absorption of sugar into your blood stream. The two types of fiber found in apples contribute to lowering cholesterol, thus reducing your risk of heart attack and stroke.