This Woman Noticed a Baby Dolphin Struggling on the Beach and Did the Most Incredible Thing! 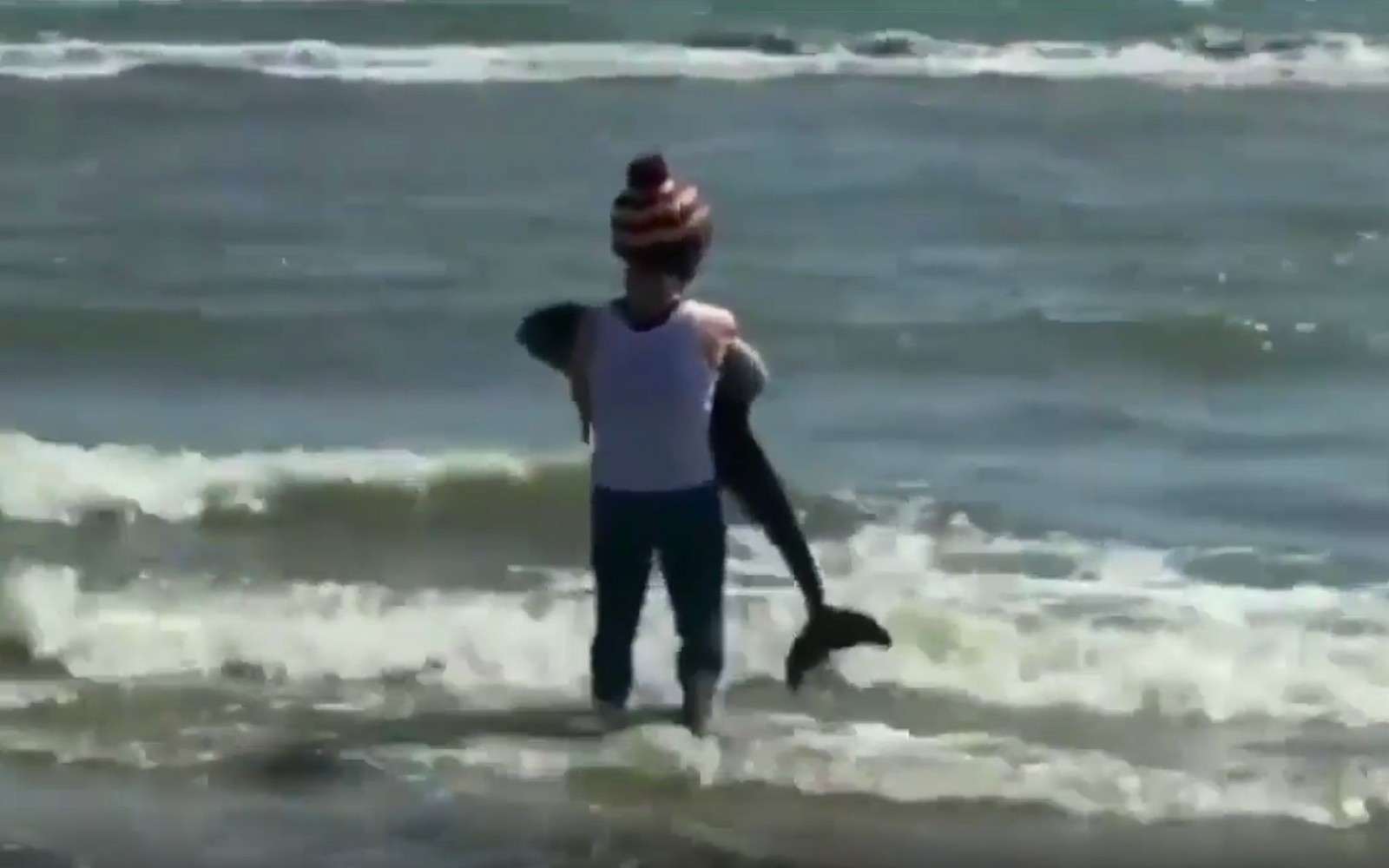 A baby dolphin beached on Seapoint Beach in Ireland was lucky to be found by a fearless animal lover. Jenni Hänninen, originally from Finland and now living in the Irish city of Drogheda, was horse-riding with her friends on the beach when she suddenly noticed the young animal lying on the sand, clearly agitated and helpless.

The incredible rescue was captured on camera. Jenni told Independent.ie, “When I was younger I might have saved a couple of birds but nothing like this.” 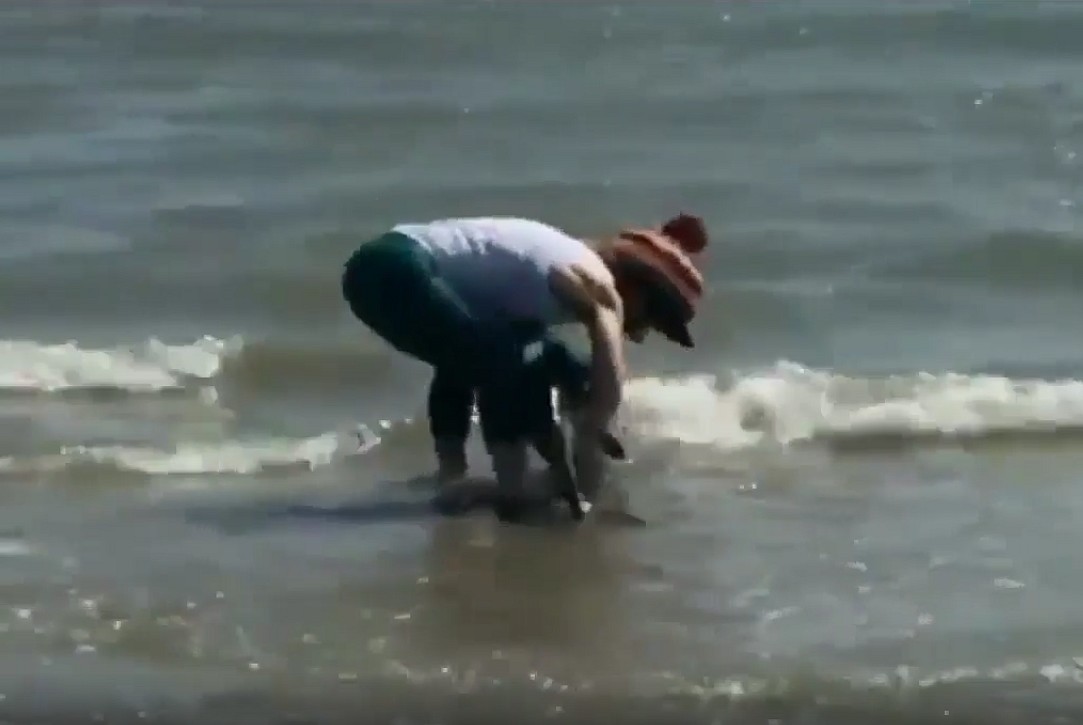 “I just saw the first baby dolphin at the side of the water. I didn’t know who to call or if I should call the coastguard or someone.” 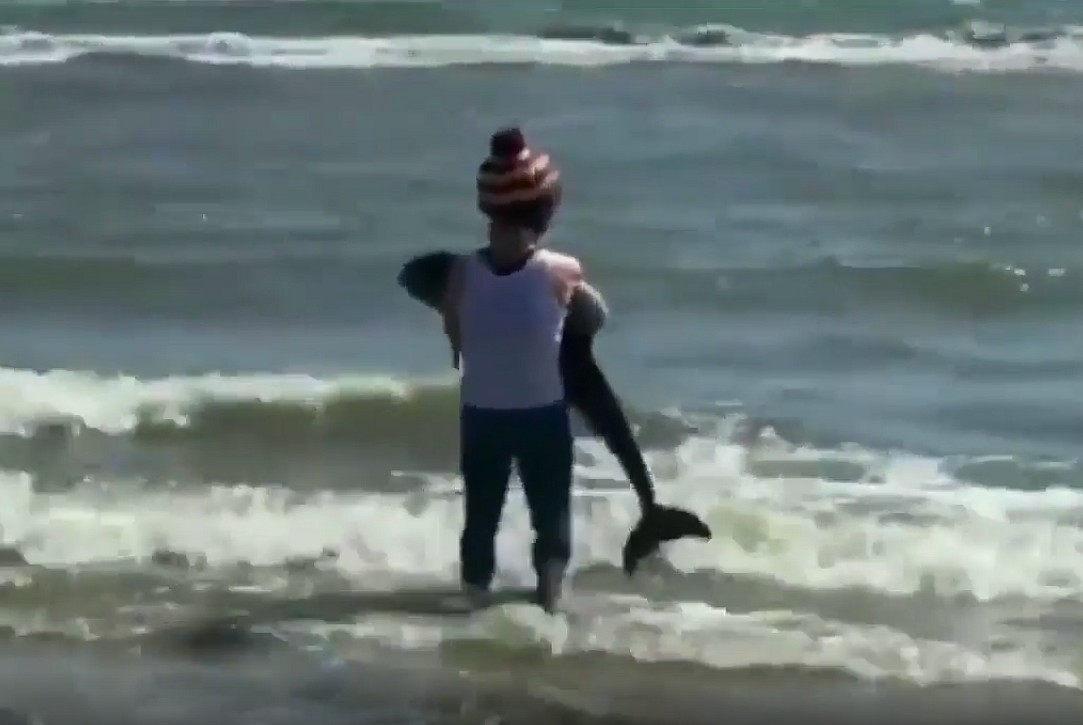 “So I went over to help and when I was coming back there was another one which was stranded as well. I didn’t even know they existed on the east coast.” 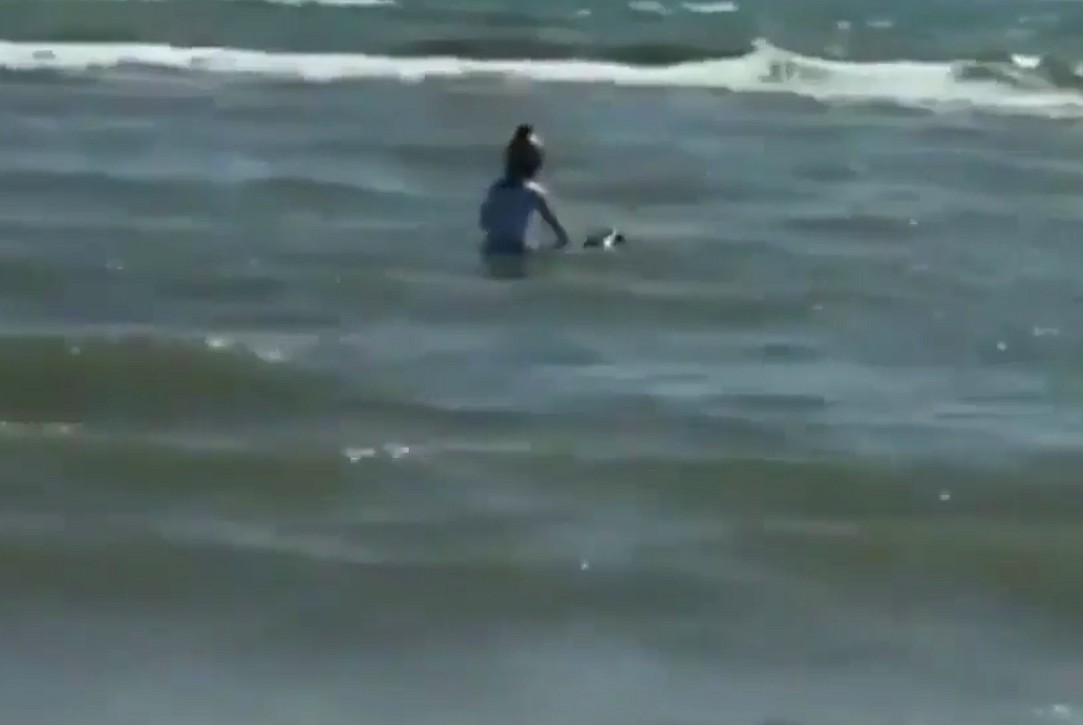 Thanks to the woman’s quick decision to step in and put the dolphin back in the water, the animals survived the dangerous beaching and went happily back into their ocean home, hopefully never to be in a similar situation and require rescue ever again.

Rescuing wildlife can save the animal’s life, but it should always be carried out responsibly, with extreme caution, and in a way that will not put the rescuer or animal in danger. Remember that you should always try to contact a professional before stepping in. For emergencies involving marine animals, check out a few marine animal rescue hotlines here.