As the World Pays Tribute to Koko, We Must Never Forget Her Story 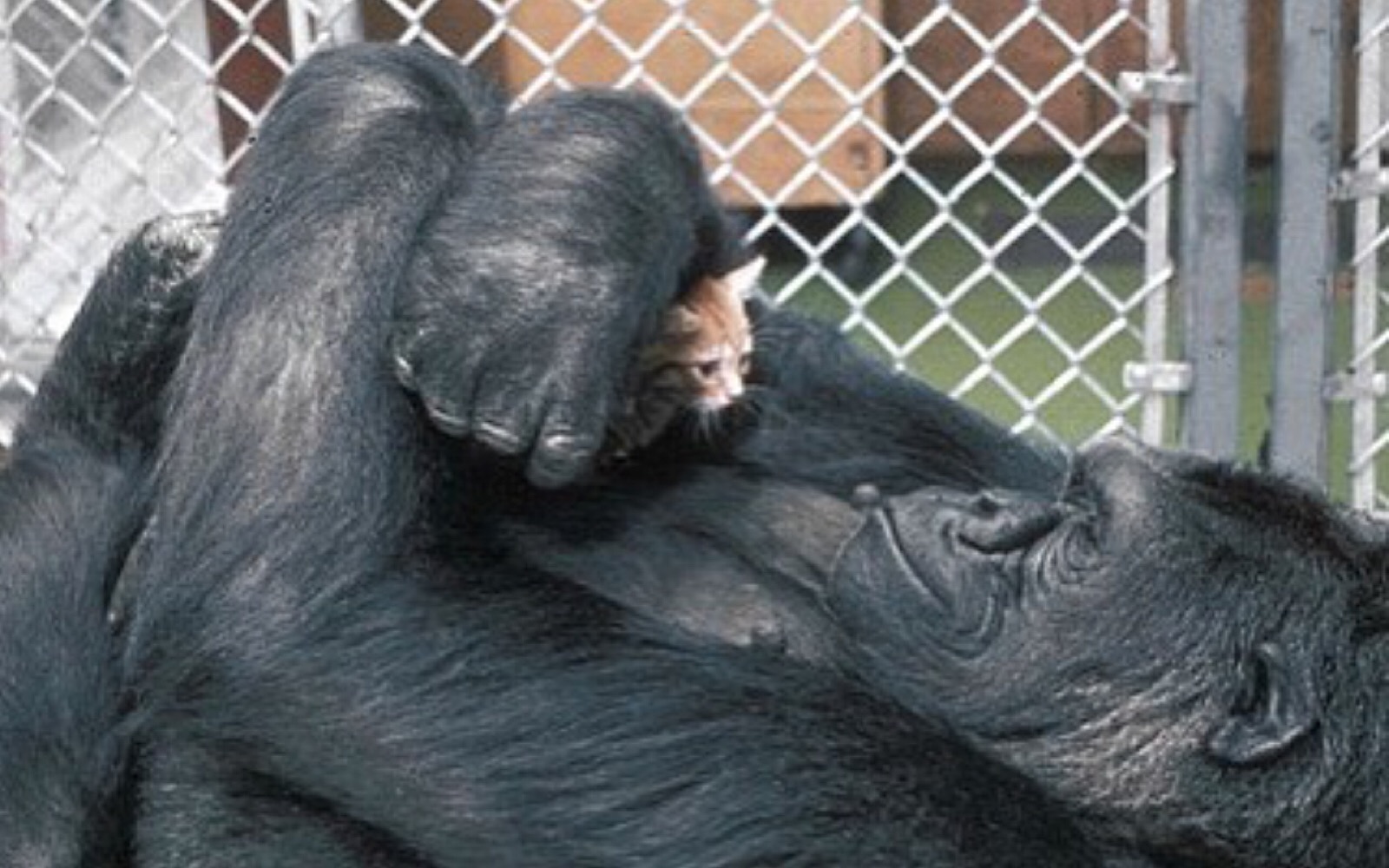 Like Cher or Prince, Koko needs only one name to be recognized. Koko is without a doubt the most famous gorilla in history, having remained a celebrity sensation since it was shared she learned how to communicate with humans by using sign language taught to her by people. Her passing is a deep loss for the entire world who grew to love the famous gorilla, but we must make sure her story is not forgotten.

There is no doubt that Koko taught the world how cognitively and emotionally advanced apes, namely gorillas, are and helped garner in vast public interest for her species and other great apes. However, as animal advocates, we cannot ignore the cold, hard facts that Koko’s life story is actually far more tragic than typical media outlets have led on over the decades.

As NPR notes, Koko the western lowland gorilla was born in captivity in the San Francisco Zoo in 1971. As a small baby, she was ripped away from her mother and was purchased so she could become a research subject in an experiment played out by Francine “Penny” Patterson. Since infancy, Koko interacted primarily only with Penny and other members of the research team. She had no other members of her species to interact with or learn from, and she was not given her God-given right to climb trees or explore land like she would naturally be inclined to do. Rather, she was used as a test subject and kept indoors for what appears to be the majority of her life, behind chain-linked fencing at that, let outside on a leash and not allowed to roam freely in nature (or even a nature-like environment like a sanctuary) and exhibit her natural behaviors as all animals should be allowed to do.

Koko was used as a test subject in the name of “research” and “science,” but is scientific research on animals not one of the core battles animal advocates fight tirelessly to end?

Seeing as Koko was taken from her mother at such a young age, throughout the majority of her life, the primary individuals she interacted with were humans (and kittens), not gorillas. How many times have we protested against taking babies from their mothers? And how many times have we protested against keeping animals isolated from other members of their species? Billy the elephant, Lolita, and Keiko the orcas, and the chimp from the film Buddy readily come to mind.

Sure, at first glance, it is amusing, perhaps even seen as charming that Koko watched TV and became a loyal fan to some of our own favorite stars like Robin Williams, Mister Rogers, and Betty White; but we as animal activists have disapproved of similar behavior from other captive gorillas, like the one photographed watching YouTube videos in a zoo last year. And Koko interacted with celebrity guests, and physically interacting with wild animals is another thing we have always advised against as animal advocates, for both the sake of animals and people (does the tragic story of Harambe come to mind?)

Koko is, of course, most known for her ability to mimic a form of human language. But again, we have always spoken out against “training” animals to mimic human behavior, like when orcas were said to have been trained to mimic human speech recently. And saying the tests proved gorillas are smart is the same argument that SeaWorld and other marine parks, roadside attractions or circuses make when saying the human-trained tasks animals perform “prove how smart animals are.”

Add to all this the fact that Koko reportedly regularly expressed her desire to have a baby of her own, but never had the opportunity to be in a social environment with other gorillas so she could pair with a suitable mate, and her story becomes even more unbearably heartbreaking.

Although Koko is finally free now, Ndume, a male gorilla, is still kept in a cage at the same facilities Koko was kept in for so many years. May Koko’s tragic story and legacy help point out that humanity still has a long way to go in the realm of animal rights, and may Ndume and all other captive animals used in the name of research, entertainment, or anything else for the sake of humans’ benefit have a happier, more fulfilling life than dear Koko was forced to live.