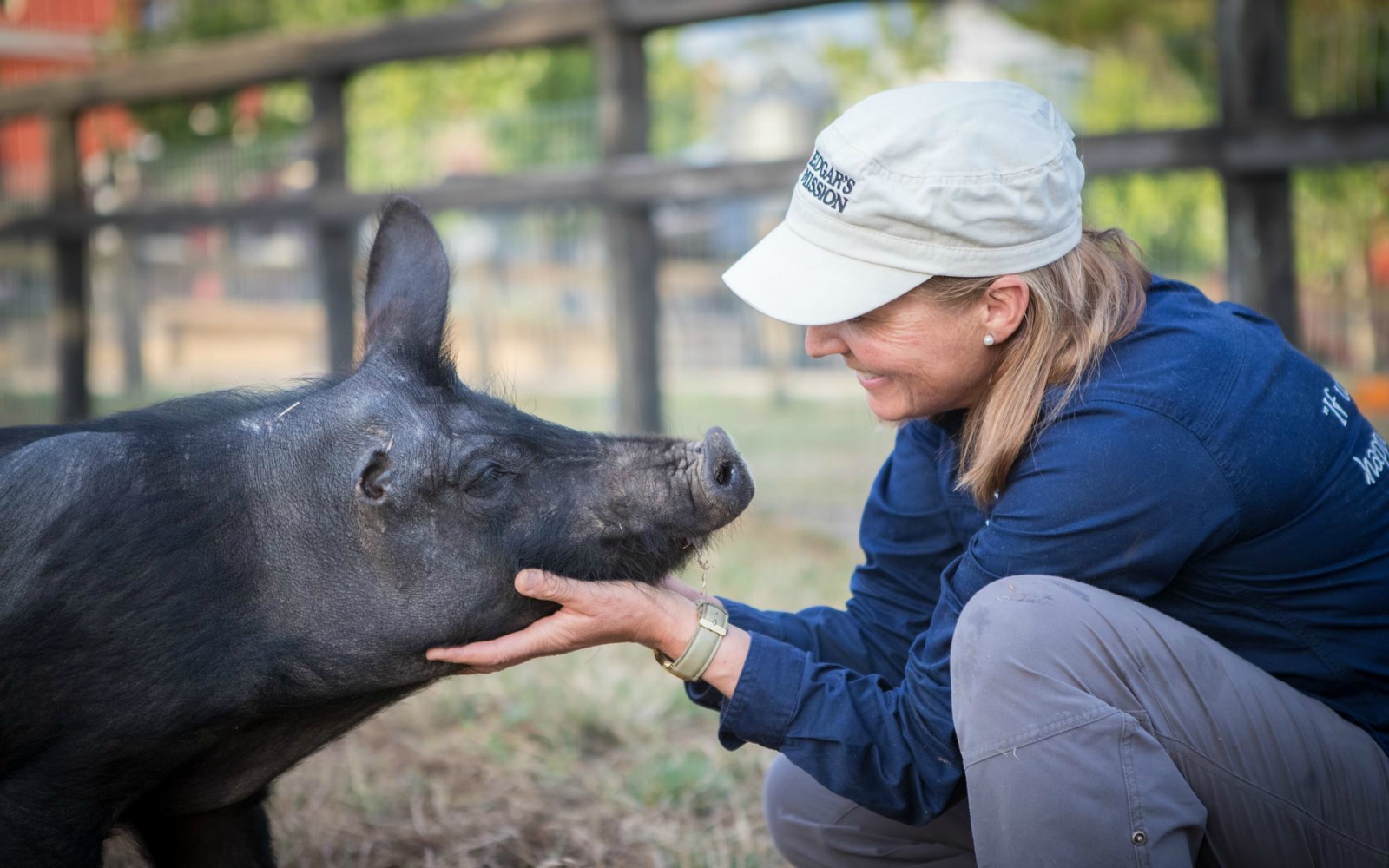 We first learned of a handsome rescued pig named Hamlet several months ago, after he narrowly escaped death thanks to a courageous neighbor’s heroic actions.

The stranger not only saved the poor injured pig but was also able to convince the owner to relinquish him into his care. From there, Hamlet was transported to Edgar’s Mission to begin recovery – and what a road to recovery it has been.

Though Hamlet survived the terrifying ordeal with many injuries including a right ear so traumatized it had to be amputated, he didn’t let the cruel actions of a few blind him from those who wanted to help him. This handsome boy was given all the care, treatment, and comfort he needed. Hamlet’s caretakers report that he takes his medical care like a trooper and is a sucker for belly rubs and chin scratches.

Hundreds of farm animals just like Hamlet have been given a second chance thanks to Pam Ahern, founder of Edgar’s Mission. In fact, it was a pig named Edgar Alan Pig who was her first rescue and sparked her mission to rescue, recover, and provide life-long care to farm animals. For animals like Hamlet, who are often denied the same compassion as companion animals, it has been a second chance at a life worth living. Through education, outreach, advocacy, community enrichment, and farm tours, Edgar’s Mission has had a huge impact on how people think about these, for far too long, forgotten animals.

While some people might find it comforting to think of pigs and other farm animals as something separate or different than the sentient animals we see above, the reality is that this is nothing more than a social construct … and something we can readily change ourselves just by opening our hearts and our eyes.

Like Hamlet, all beings seek happiness. Compassion is not something that should be directed at only certain species but to all living things. Hamlet’s rescuer is a prime example of this very sentiment. Thanks to her brave actions, an innocent animal now knows what it means to be safe, happy, and loved. Hamlet went from the brink of death to a cherished and respected living soul. Remember, while saving one animal may not change the world, surely for that one animal, the world will change forever.