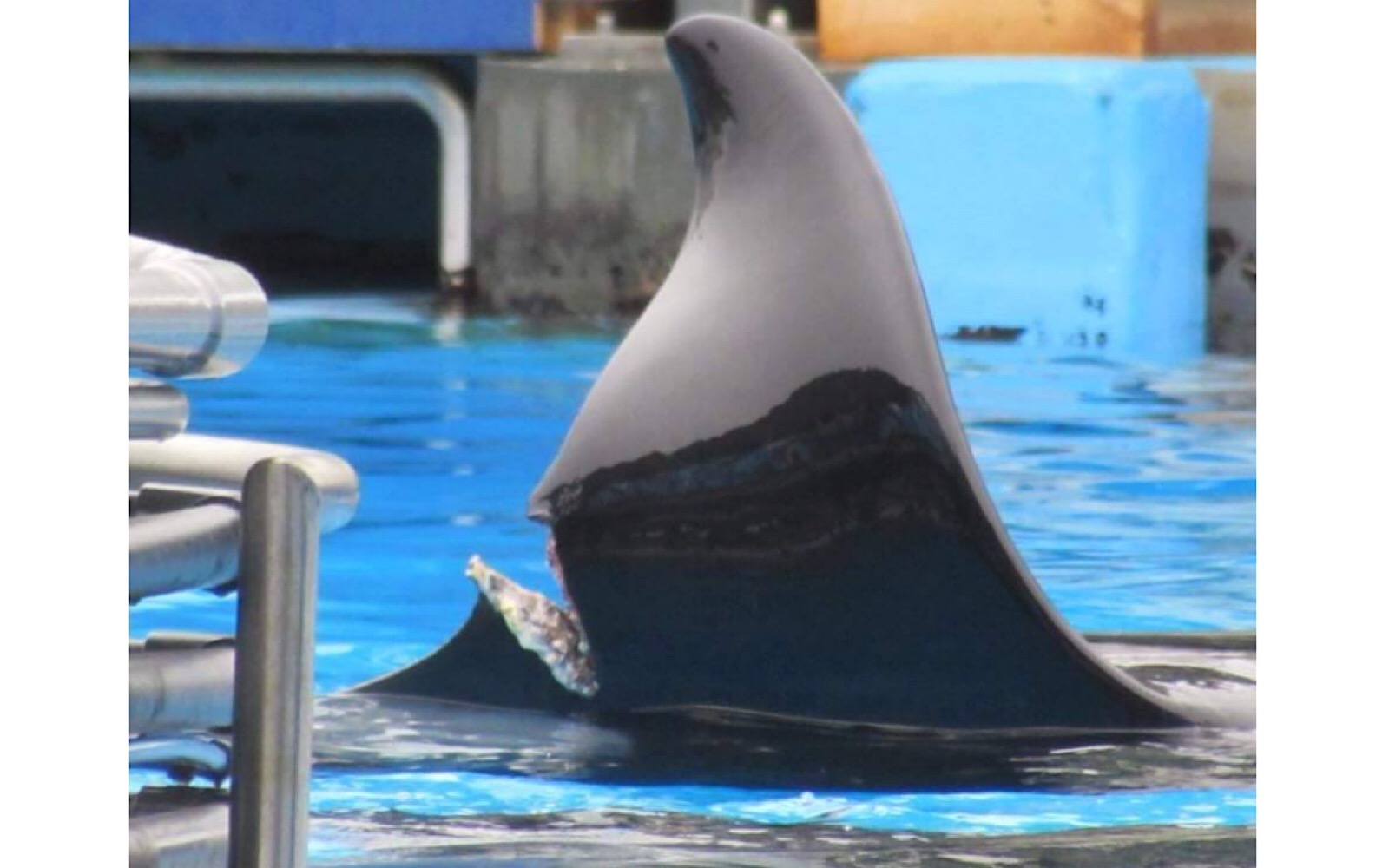 Largely thanks to the critically-acclaimed documentary Blackfish, the public has become more aware of the cruelty involved at SeaWorld and other marine parks. Orcas in captivity are often kidnapped from the wild and kept in shockingly small prison-like tanks while being forced to perform unnatural tricks in exchange for food for hours on end in front of roaring crowds. The physical and mental health of these highly intelligent and complex animals suffer greatly as a result.

Living in such a dismal environment causes these animals to exhibit symptoms of the serious psychological disorder called zoochosis, symptoms like compulsive head bobbing, swaying, self-mutilation, and even attempted suicide. Broken and missing teeth, wounds and scars, and collapsed dorsal fins are the norm for captive orcas, but a recent injury on a female orca at SeaWorld is unlike most others.

The orca named Katina has been documented with a severe open gash on her dorsal fin that SeaWorld claims is the result of interacting with a younger male orca. Marine mammal experts say the injury does not appear to be one resulting from another orca, and even if so, it is a result of the inadequate environment provided to these massive creatures. Unfortunately, it is reported by SeaWorld that Katina’s injury will cause “permanent changes.” 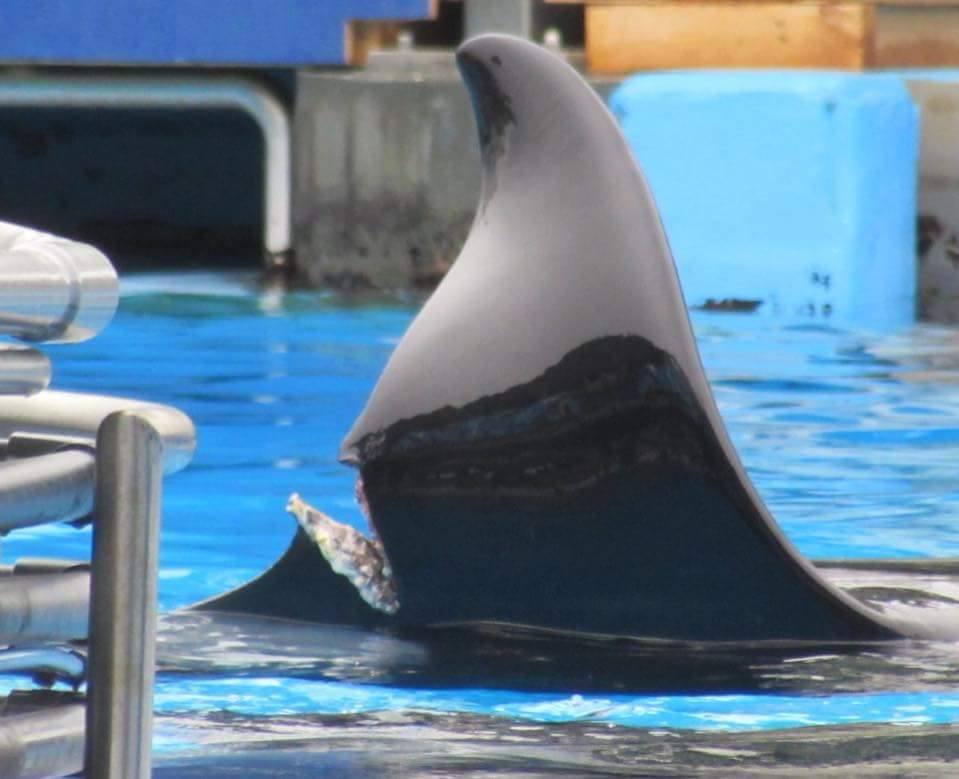 Katina is currently taking a break from performing in shows, but that does not mean all is well. Please do your part to combat captivity by NEVER purchasing a ticket to SeaWorld or any other marine park or business that exploits animals for a profit. Marine Connection is also calling on the public to #AskSeaWorld what really happened to Katina. In a facility where the animals are supposed to be closely monitored, there should be no question about how she was so severely injured.

There are still many people who support these businesses, so please make sure to share this with your network!