Wild animals belong in the wild. While this concept should be generally understood, many well-intentioned people believe that with enough love and care, keeping a wild animal as a companion animal can be okay. Of course, not all caretakers are the same, but, by and large, people take in wild animals before they fully understand the animals’ needs, behaviors, or even diet. As the result, there are thousands of exotic animals living in the United States as companion animals.

Maggie, the monkey, knows first hand what life as an exotic pet is like. Maggie was purchased “on a whim,” by a man in Indiana who was ill-equipped to care for her. Unable to care for Maggie, the man’s elderly mother took over caring for the little monkey – she was also unprepared to meet the needs of this monkey. Maggie’s caretaker had attempted to find a new home for Maggie on several occasions, but was never successful. Finally it became clear that Maggie would have to go when the woman’s home insurance company threatened to revoke her policy if the monkey was not removed. Thankfully, hearing of Maggie’s plight, PETA stepped into action.

Maggie lived in this cage for 10 long years. 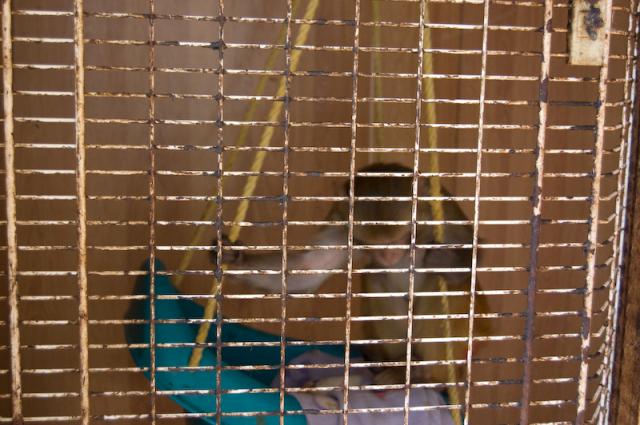 Her caretaker had little knowledge of what a proper diet for monkeys consisted of. Maggie was fed primarily junk food and french fries. 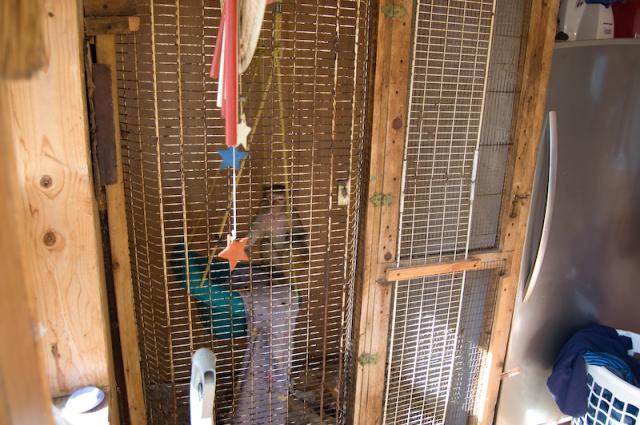 PETA workers set out to rescue the poor monkey, transporting her to a Primate Rescue Center in Kentucky. PETA writes on their blog, “During the two-and-a-half-hour drive, Maggie clutched her pink blanket and gazed with fascination out the window of the car  at the passing scenery.“ 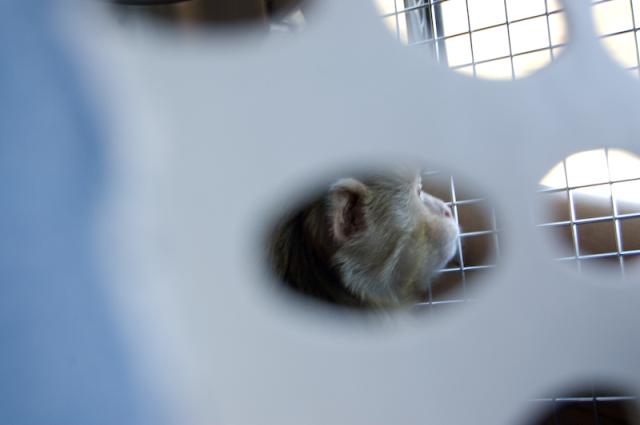 It was discovered that Maggie was suffering from a serious fungal infection and gastrointestinal disease, likely from years of eating junk food. Maggie was also deeply depressed from years of living alone. The television was Maggie’s only company in Indiana, and she refused to eat unless the TV was on. 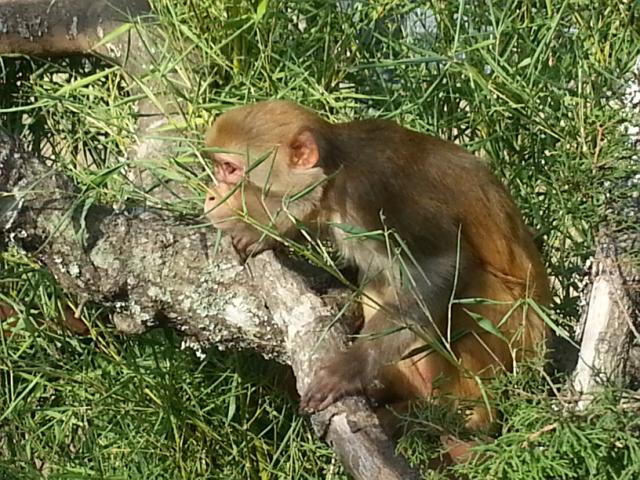 Once her condition improved, Maggie was clear to travel to her final destination, the Wildlife Rescue and Rehabilitation sanctuary in Texas. Maggie had not seen another monkey for over 10 years, but here she has nine other monkey friends. 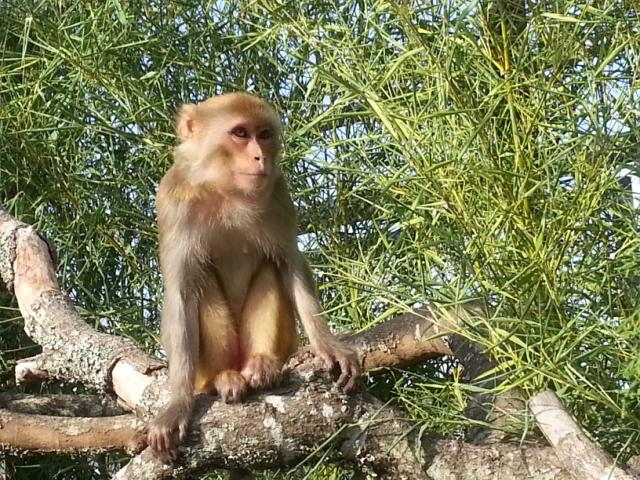 Maggie’s progress has been amazing so far. She loves her new home and diet including fresh fruit – watermelon is her favorite! Once she is fully acclimated, she will have full access to the sanctuary where she is free to climb trees and splash around in a pool with her new monkey companions. 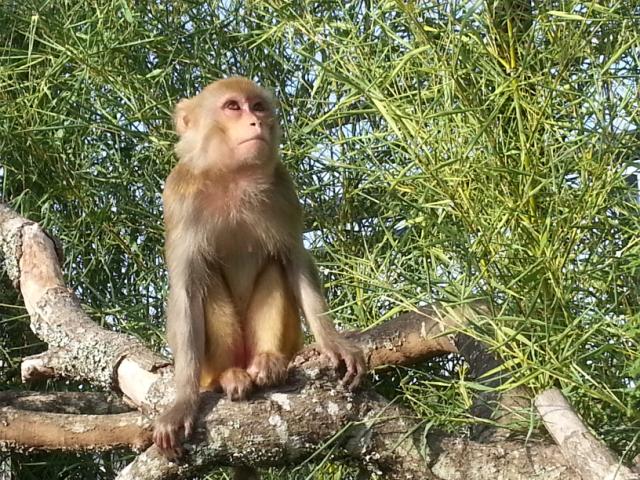