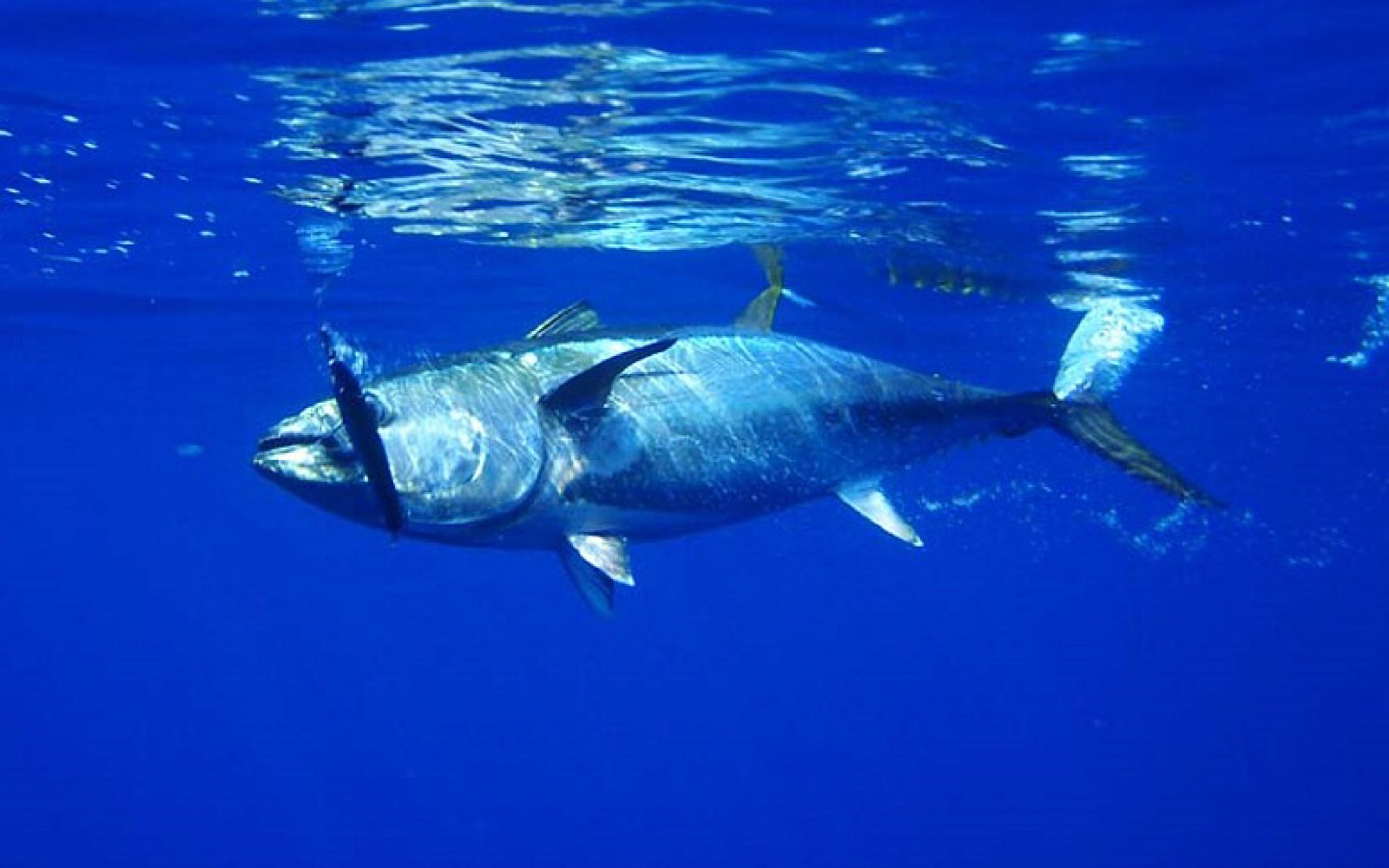 The overfishing epidemic is so severe that it is predicted global fish stocks could collapse in just 25 years. Additionally, by-catch from fishing nets remains a gargantuan problem for the survival of not only fish, but other marine life like whales, dolphins, and sea turtles, including threatened and endangered species. Fish farms are not much better for the environment, as they contribute to pollution as all industrialized animal agriculture does. On top of this, growing health concerns regarding mercury and other poisons in fish have caused many consumers to seek alternatives. Seafood-alternative brands like Good Catch Foods, Ocean Hugger, and Sophie’s Kitchen have become popular with conscious consumers, but now there is a new player entering the game … San Diego-based company BlueNalu is aiming to make waves in the seafood market by creating lab-cultured fish!

On their website, BlueNalu states that their mission is “to be the global leader in cellular aquaculture, providing consumers with great tasting, healthy, safe, and trusted seafood products that support the sustainability and diversity of our oceans.” They aim to “disrupt the current industry practice, in which fish are farmed or wild-caught in our oceans and seas” by “[producing] real seafood products directly from fish cells, in a way that is healthy for people, humane for animals, and sustainable for our planet.”

BlueNalu explains they “will be the pioneer in “cellular aquaculture”, in which living cells are isolated from fish tissue, placed into culture media for proliferation, and then assembled into great-tasting fresh and frozen seafood products.”

And now, thanks to an investment from New Crop Capital, BlueNalu has more funds to expand their eco-friendly business. The potential for growth is huge, as BlueNalu President and CEO Lou Cooperhouse told Food Navigator that the global canned tuna market alone is worth $15 billion, and just tapping into a percentage of that would equate to great financial success.

Considering nearly half of Americans surveyed said they support a ban on slaughterhouses and would prefer animal-free meat, cultured meat is expected to see enormous growth in the upcoming years. This trend has become so evident that even meat giants Tyson and Cargill, as well as wise businesspeople like Bill Gates and Richard Branson, have invested in lab-cultured meat. Seeing as this field is largely dominated by the creation of lab-cultured beef and chicken, BlueNalu fills the need for cultured seafood.

To learn more about BlueNalu, visit their website here.

Want to learn how your food choices have a direct impact on the health and survival of the planet? Then check out the Eat for the Planet book!

And make sure to share this exciting new development with your network!