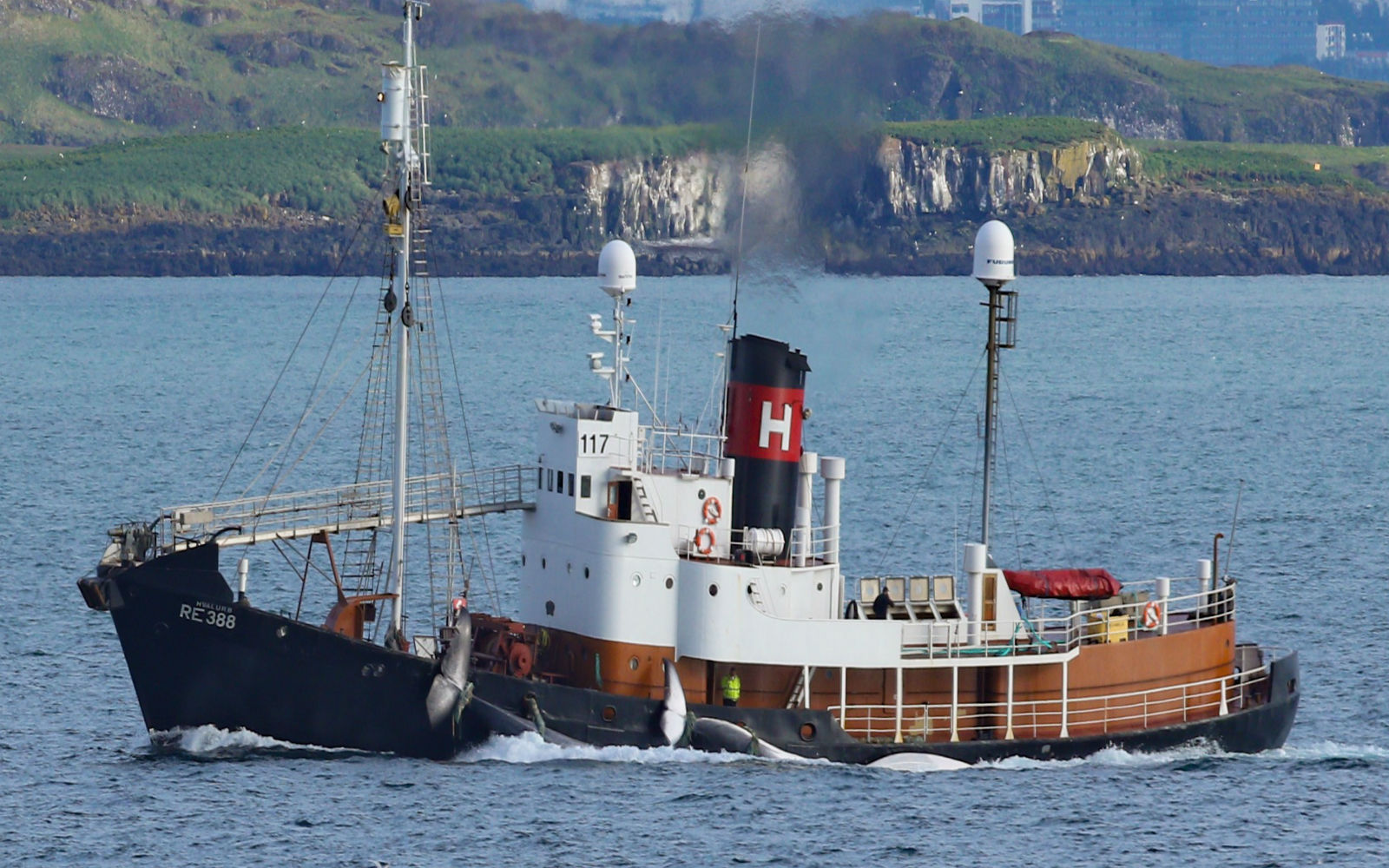 The practice of butchering majestic whales is something we often think of as a tragic part of our history, and yet it still happens around the world today. Sea Shepherd volunteers monitoring the Hvalur hf whaling station in Hvalfjordur, Iceland have documented the slaughter of an endangered Blue whale. This is the 22nd endangered whale killed and butchered for export to Japan by Kristján Loftsson’s commercial whaling company since only June 20th.

The previous 21 whales killed by Loftsson were endangered Fin whales. And despite an international moratorium on whaling and the endangered status of these whales, the Icelandic government permitted Loftsson to slaughter them!

Here is this poor animal being prepared to be butchered. 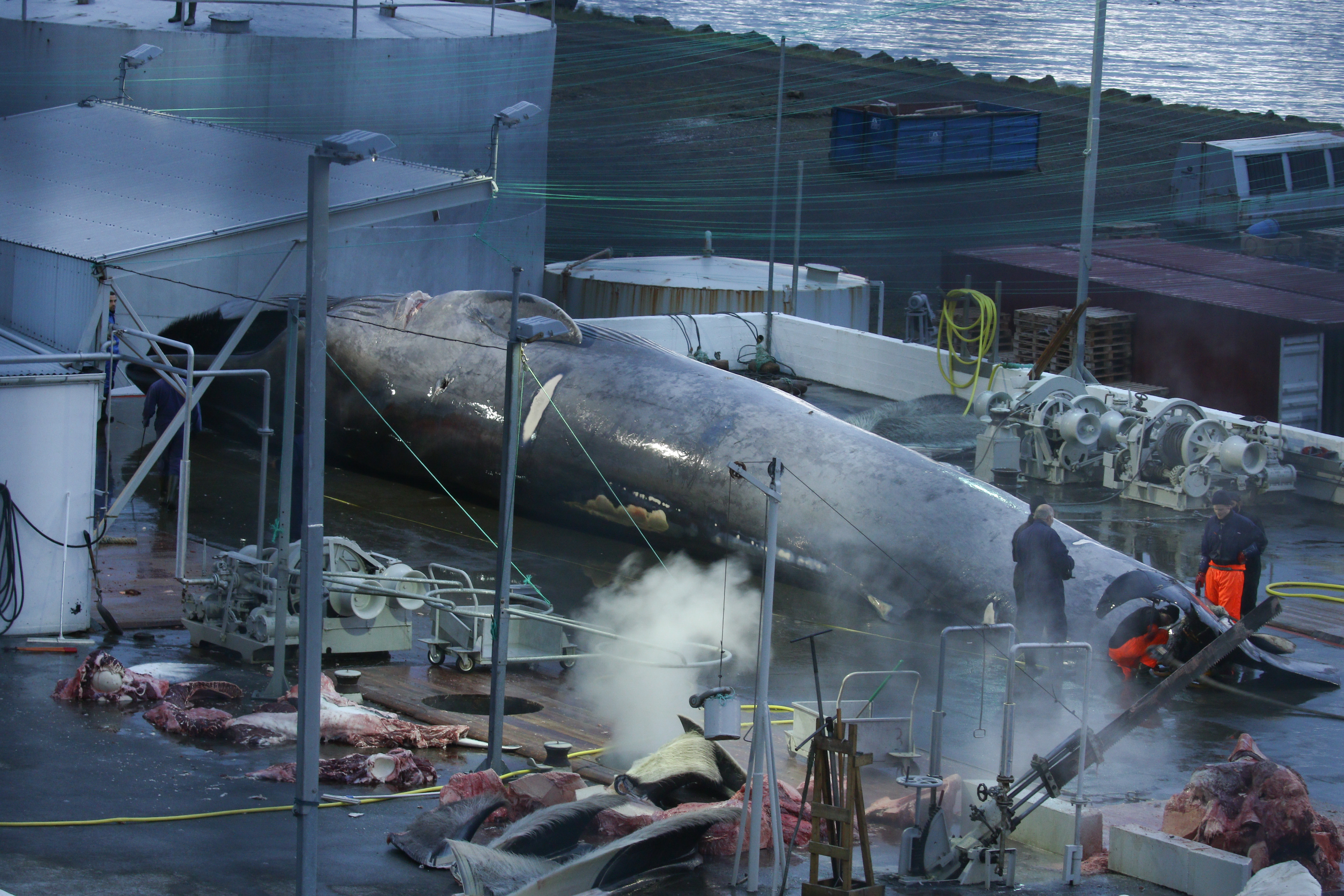 Loftsson’s whaling station crew posed for photos, clearly aware that this was a rare Blue whale they had just killed. Dr. Phillip Clapham of NOAA Alaska Fisheries Science Centre said, “From the photos, it has all the characteristics of a blue whale; given that — notably the coloration pattern — there is almost no possibility that an experienced observer would have misidentified it as anything else at sea.” 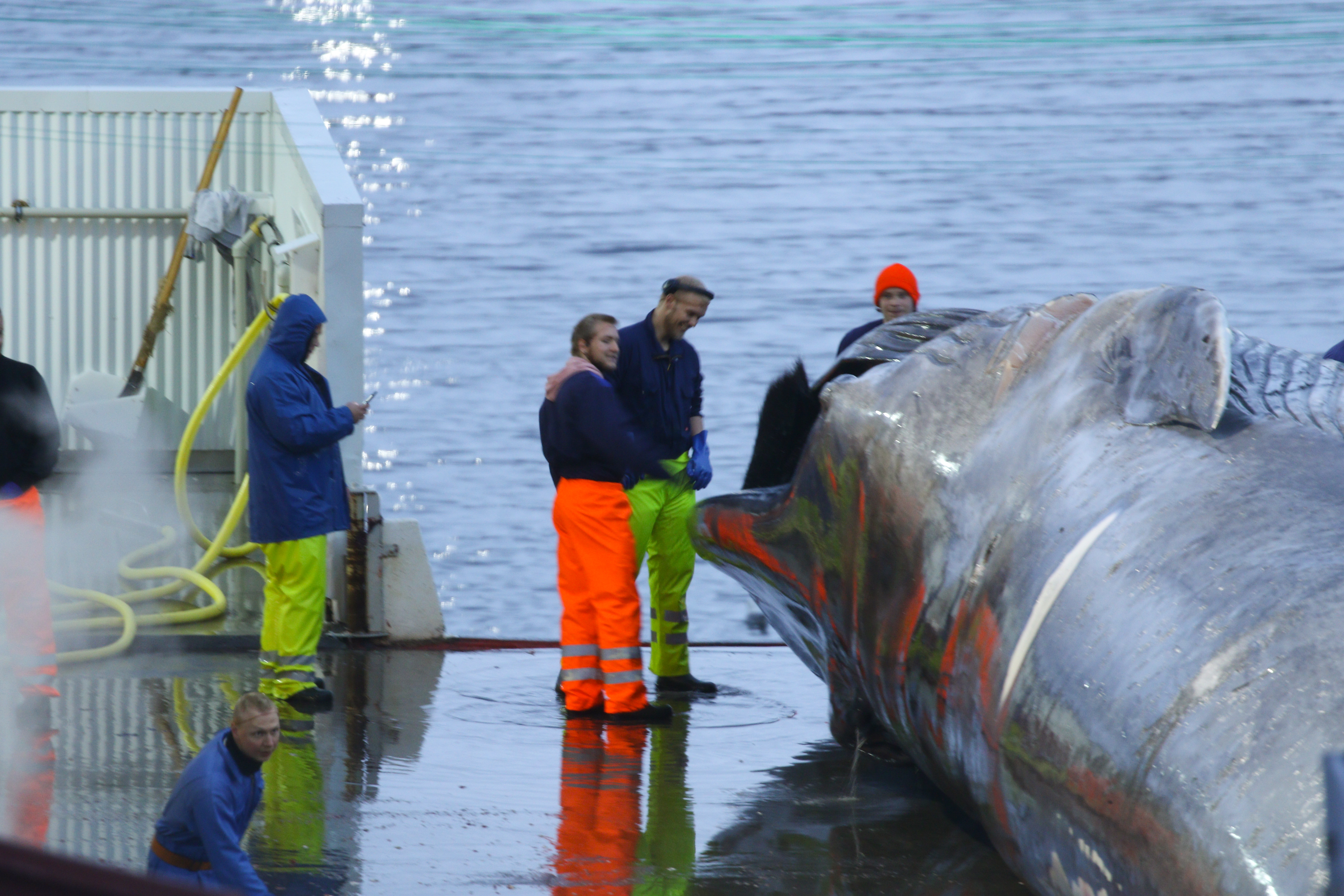 How can these people just stand around so nonchalantly after butchering a defenseless whale? 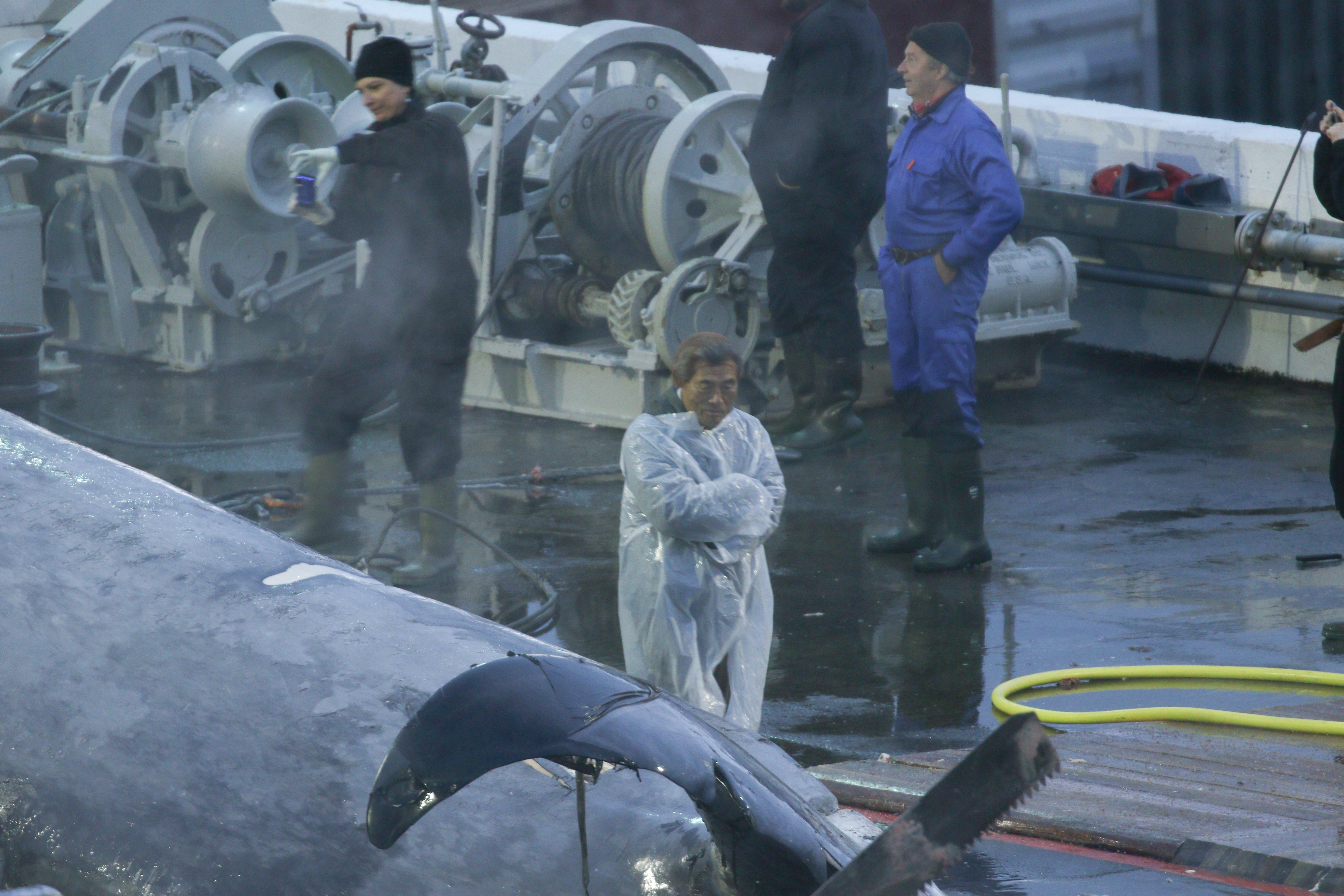 Here is the whale once this despicable company butchered it in preparation for transporting. The meat, skin, blubber, and bone will now be mixed in with the Fin whales previously caught, making it virtually impossible to locate during inspections by the authorities. 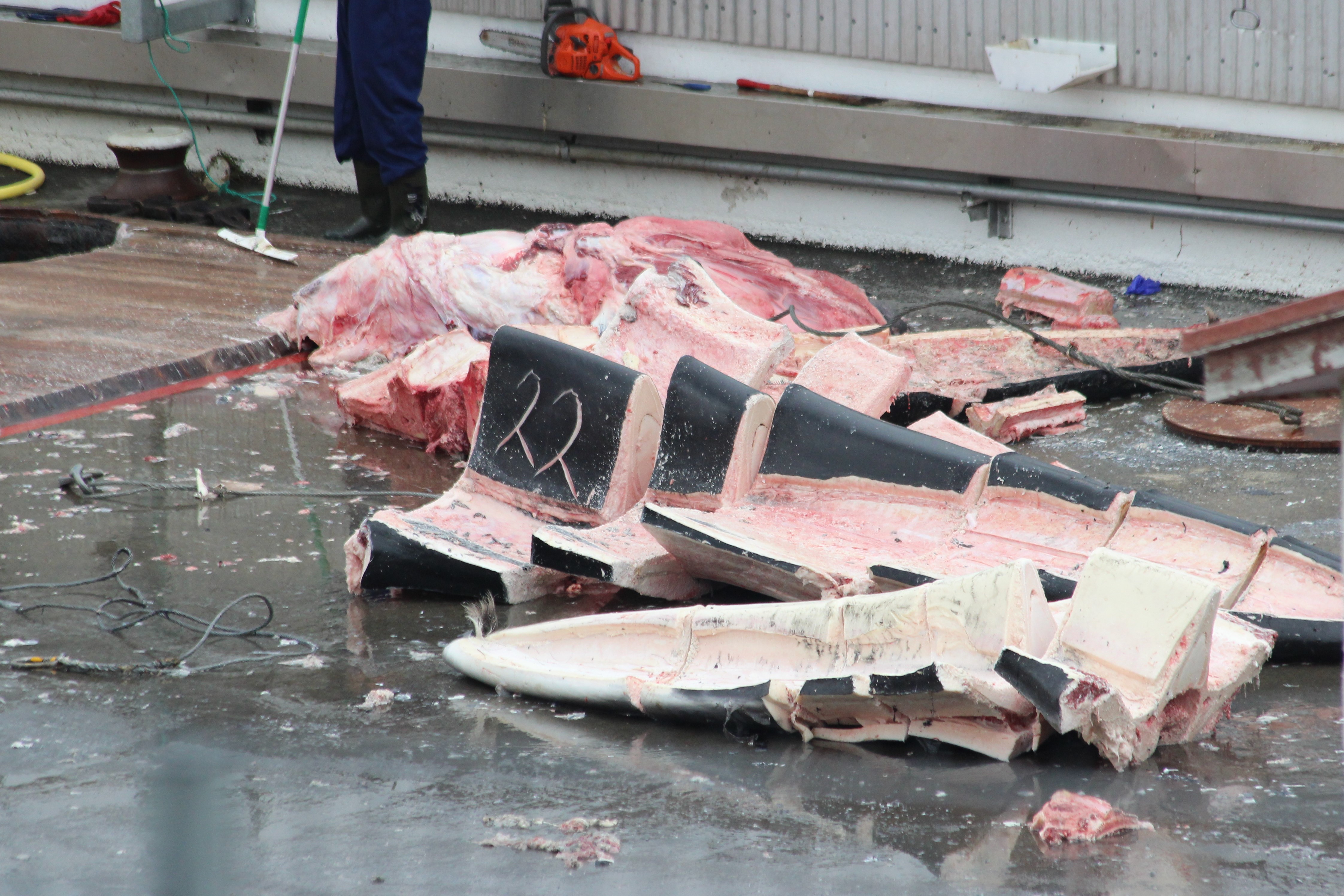 No legal authority in the world allows the slaughter of endangered blue whales. No other nation in the world, not even Japan and Norway, who are notorious for allowing the slaughter of Fin whales, has permitted the killing of a Blue whale. And in an even more barbaric act, this whaling company is now responsible for the first harpooning of a whale in fifty years.

Loftsson still continues to act as though he is outside of the law. Sea Shepherd Founder Captain Paul Watson is appealing to Icelandic authorities to halt Kristján Loftsson’s practices. He said, “This man must be stopped from ruthlessly violating international conservation law and bringing such disrepute to the nation of Iceland. There can be no legal justification for this crime.”

Sea Shepherd is an international non-profit dedicated to defending wildlife and conserving and protecting the world’s oceans from exploitation like Loftsson’s company still practices. So what can we as individuals do to help? We can raise awareness of what this awful company is doing. We can educate ourselves and others. And we can check out the Sea Shepherd website for further information so we can help do our part in stopping this butchering from happening again.