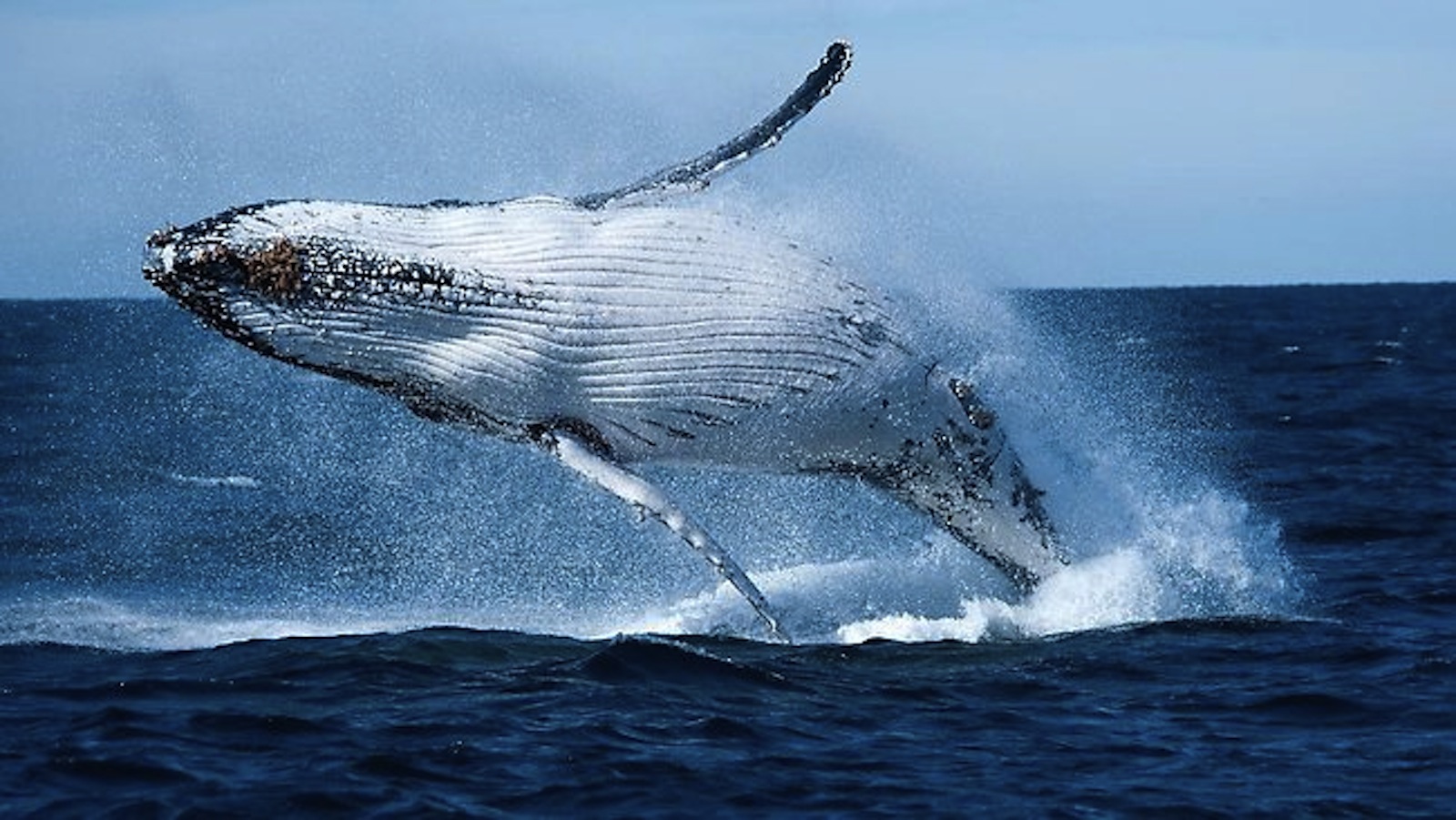 The cruel whaling practices of Iceland and Japan have been well documented in recent years, but another country still engaging in the brutal trade has so far managed to largely escape international scrutiny. A recent report reveals that Norway now leads the world in terms of whaling, killing more whales than Iceland and Japan combined.

This is not a title to be proud of, as whaling is an ecologically destructive and barbaric trade. Studies prove that whales are incredibly intelligent creatures, and their immense capacity for emotional empathy puts them on par with humans. These highly evolved creatures communicate through a complex vocal language as well as visual cues, and can create elaborate melodies.

Whales are so much more than large lumps of meat, populating the oceans for humans to catch, kill and sell. Yet, that’s exactly how whalers treat these magnificent animals. Whales are pursued to the point of exhaustion before being harpooned with excruciating exploding harpoons. Wounded whales are then pulled on board and speared or shot with high-powered rifles. Sometimes they are simply dragged by their tail alongside whaling vessels slowly suffocating to death — observers report seeing whales take ten minutes to die — as their heads are forced underwater. 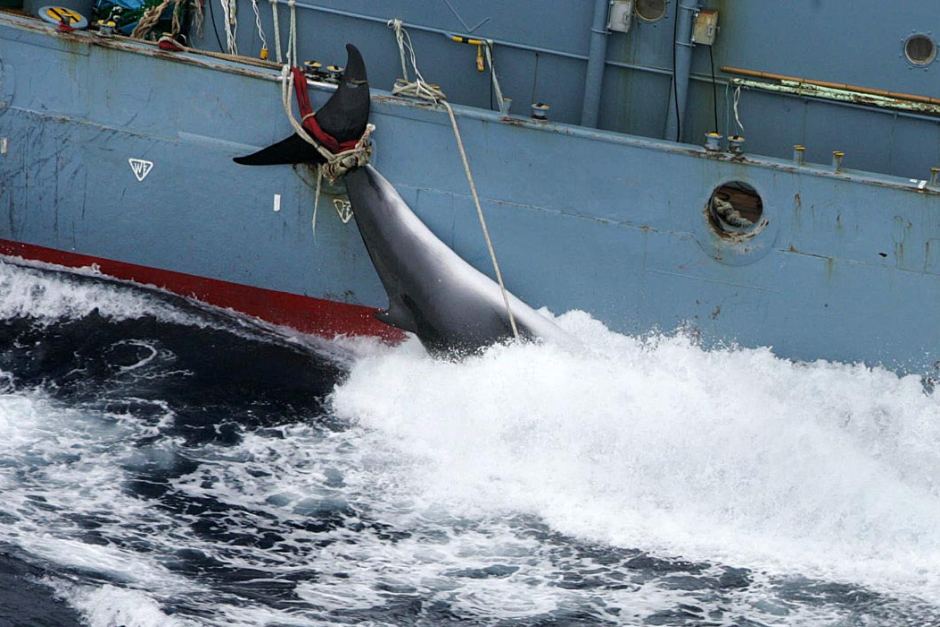 Since 2012, Norway has killed more whales per year than any other country, and over the last two years, it has killed more than Iceland and Japan combined. It has also been increasing its exports of whale products — selling 172 metric tons of meat and blubber to Japan for instance since 2014 — in total defiance of an international ban on such a trade.

The recent report from the Animal Welfare Institute, OceanCare, and Pro-Wildlife exposes how Norway disregards the ban on commercial whaling imposed by the International Whaling Commission (IWC) and has largely benefitted from a reprehensible lack of scrutiny so far. OceanCare’s president Sigrid Lüber notes that “The IWC has not formally commented on Norway’s whaling since 2001 and the international community has not presented a demarche to Norway since 2006.” While Iceland and Japan face international legal action for its whaling programs, Norway has largely been spared global criticism, attention, and action.

This is despite the fact that Norway only respected the IWC’s whaling ban until 1993, subsequently using a loophole to resume hunting for minke whales. The country sets its own quotas for the number of whales permitted to be killed and these are so high and include such a high proportion of breeding females, that this practice puts the species’ survival at severe risk.

Titled “Frozen in Time: How Modern Norway Clings to Its Whaling Past,” the report also explains that “As one of the world’s most modern and prosperous countries, Norway’s whaling is an anachronism. Slaughtering whales to eat and trade has no place in Norway and serves only to diminish the country’s international reputation.” It concludes that the IWC and governments aligned to it should “compel Norway to cease commercial whaling and trade in whale products.”

Indeed, Norway doesn’t only brutally hunt and kill whales, it also actively promotes whale meat and whale parts to revive the trade and derive increasing profit from it. Shockingly, the Norwegian government plays a huge part in keeping this dying industry afloat. The “Frozen in Time” report reveals that the government financially supports projects using products derived from whales, such as dietary supplements and cosmetics. It also supports the industry with fuel tax exemptions and free storage for whale meat.

While the Norwegian government is decidedly backward on this important conservation issue, the country’s population has long turned its back on whale meat. There is now so little demand for it that along with subsidizing the industry, the government has launched a marketing campaign — complete with sickening whale recipes — to convince the public to resume its whale meat consumption. Nowadays, government subsidies are the only thing keeping the Norwegian whaling industry going. 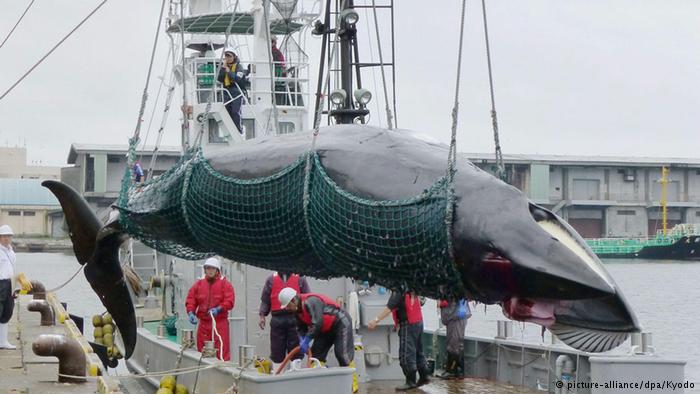 The government has been so desperate to ensure whales continue to be caught and killed that it helped the industry turn huge quantities of unwanted whale blubber into pet food. What’s worse, an investigation led by the Animal Welfare Institute and the Environmental Investigation Agency revealed a shocking link between Norwegian whale meat and the country’s fur industry. As if murdering magnificent and intelligent creatures for their meat wasn’t bad enough, it turns out Norway is feeding its unwanted whale meat to other animals, also killed for profit.

The document exposed the fact that in 2014, over 113 metric tons of whale meat — the equivalent of 75 individual minke whales ­— were delivered to Rogaland Pelsdyrfôrlaget, the country’s largest manufacturer of animal feed for the fur industry. While in the past, whale meat was so undesirable it was funneled into the pet food industry, or even dumped overboard and burned, it is now being used for the fur industry too.

Susan Millward, the executive director of AWI, rightly stated, “Killing these sentient and magnificent animals to feed suffering animals on fur farms underscores why the world opposes whaling, and clearly demonstrates that Norwegians have no legitimate need for whale meat.” 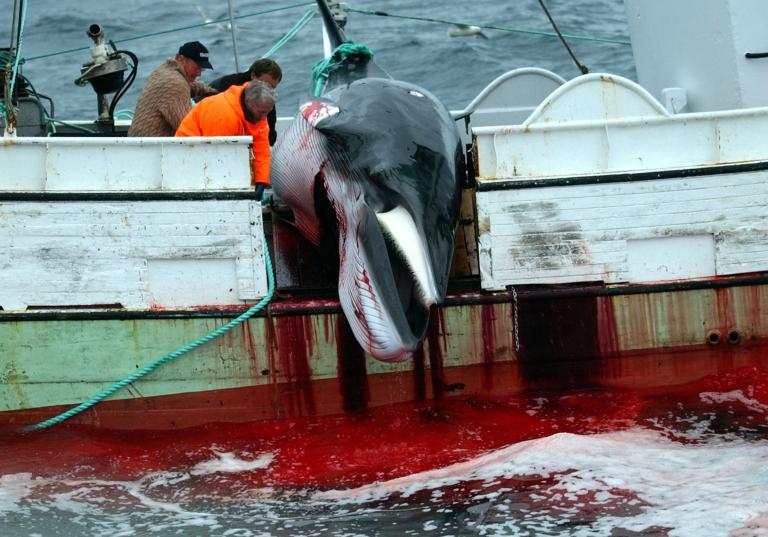 This year, Norway is expected to kill over 880 minke whales, according to its own self-chosen quota. Last year, the country murdered 1,286 individual whales. This is despite an international moratorium on the trade of whale products and its citizen’s own opposition to whale meat.

Aside from never consuming whale meat and being sure to check all cosmetics and dietary supplements for whale parts, there are a number of petitions you can sign to demand an end to whaling in Norway: by PETA, SumofUs, and ForceChange, for instance.

You can also contact the IWC, urging it to take immediate action to ensure Norway respects the international ban on whaling. Finally, you can contact the Norwegian embassy in your country to voice your opposition to whaling and write to the Norwegian Prime Minister to let her know you will not be visiting the country — and encouraging others in this boycott — until Norway stops its barbaric whaling practice once and for all. If enough people express their opposition to this trade, public pressure may force the government to stop supporting this barbaric industry and spare thousands of whales the intense suffering and distress or being harpooned, captured and killed.

Instead, whalers could make a living with their boats by converting their cruel trade into a whale-watching business, a $1.5 billion-a-year industry worldwide. As Brian Palmer, from OnEarth, dryly notes, “no government subsidies or blubber storage required.”