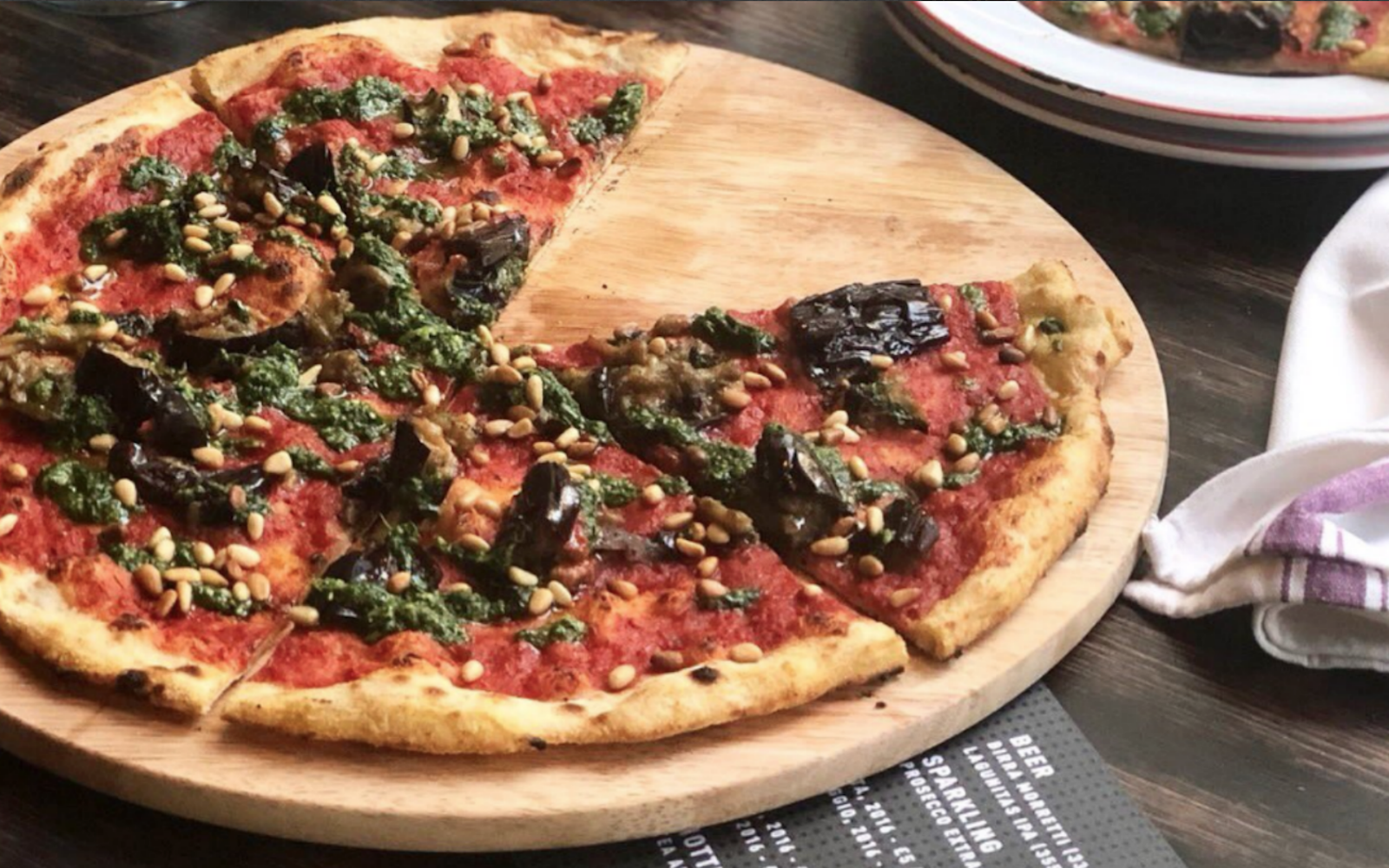 We never thought we’d see the day … but we’re not complaining! British celebrity chef and television personality, Gordon Ramsay tweeted a photo, to his 6.8 million followers, stating that he is going to “give this vegan thing a try.” Yep, that’s not a typo … you read that right! While we don’t think Gordon is necessarily committing to a vegan or plant-based diet (only time will tell), his tweet did accompany a photograph of vegan pizza from his latest restaurant, Gordon Ramsay Street Pizza, opening today in London. How awesome is it that Gordon Ramsay’s new pizza restaurant has a vegan option!?

Mmm, we are drooling just looking at this pizza… 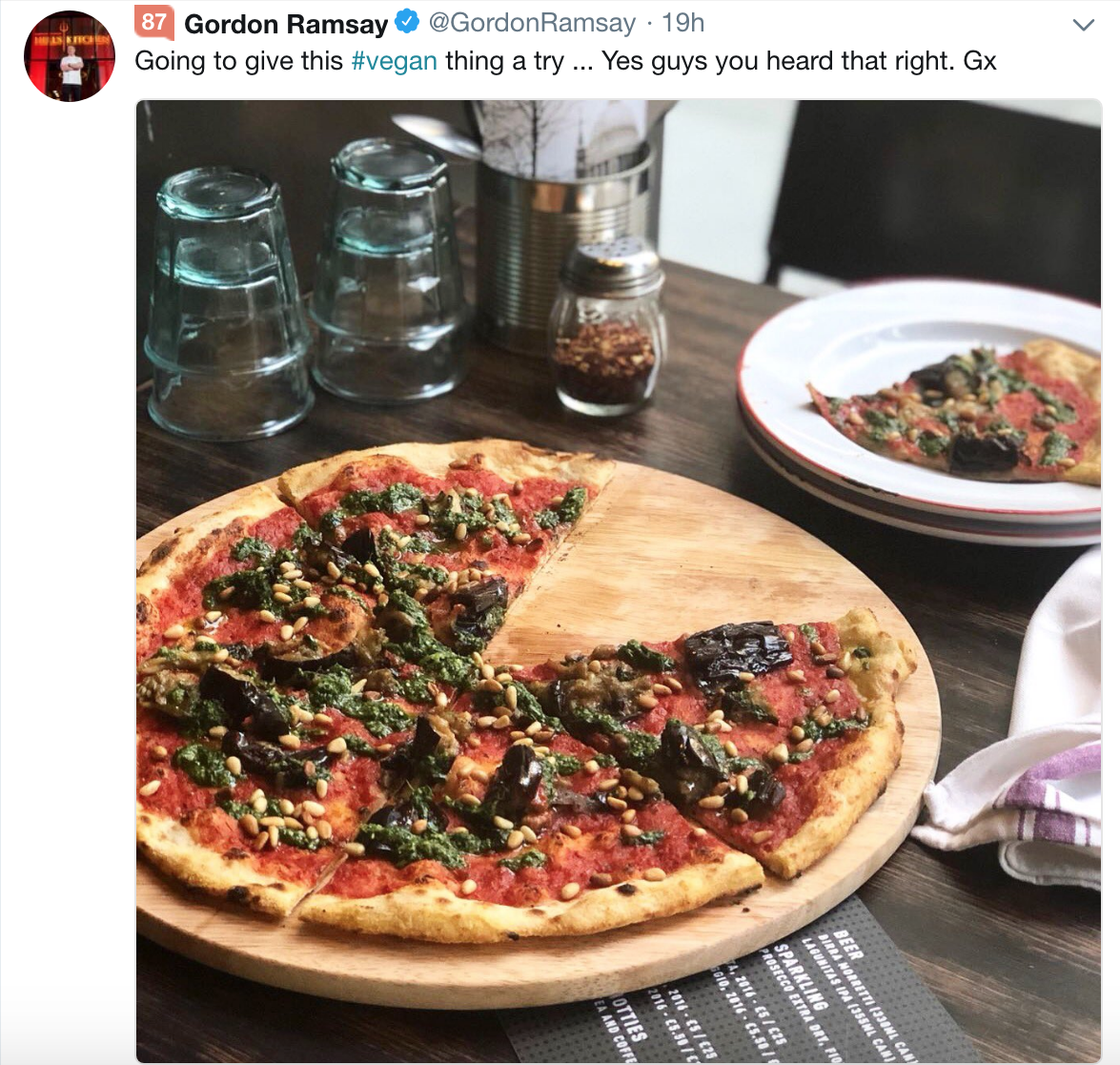 We can guarantee Gordon Ramsay Street Pizza will see positive results as a result of adding a vegan pizza option to their menu. U.K.’s largest supermarket, Tesco recently reported a major profit increase thanks to adding plant-based meals, such as the Wicked Kitchen brand to their stores. And according to a recent Forbes article, restaurants that have ditched meat and eggs for plant-based options have seen increased sales of up to 1,000 percent. If that wasn’t enough, a recent survey done by The Grocer revealed that eight million Brits have ditched meat.

Including a vegan option on the menu not only appeals to countless consumers who are looking for healthier options when dining out, the move is undoubtedly better for the planet. With the immense toll industrialized animal agriculture is having on our planet, making plant-based options easily accessible is a major win.

Gordon may have previously mocked vegans and vegetarians for their lifestyle choices, but now even the hot-tempered chef has an appreciation for plant-based foods!

Craving more information about how your food choices impact the planet? Check out the #EatForThePlanet book. Help us spread the word about this important movement by SHARING this information with everyone you know.