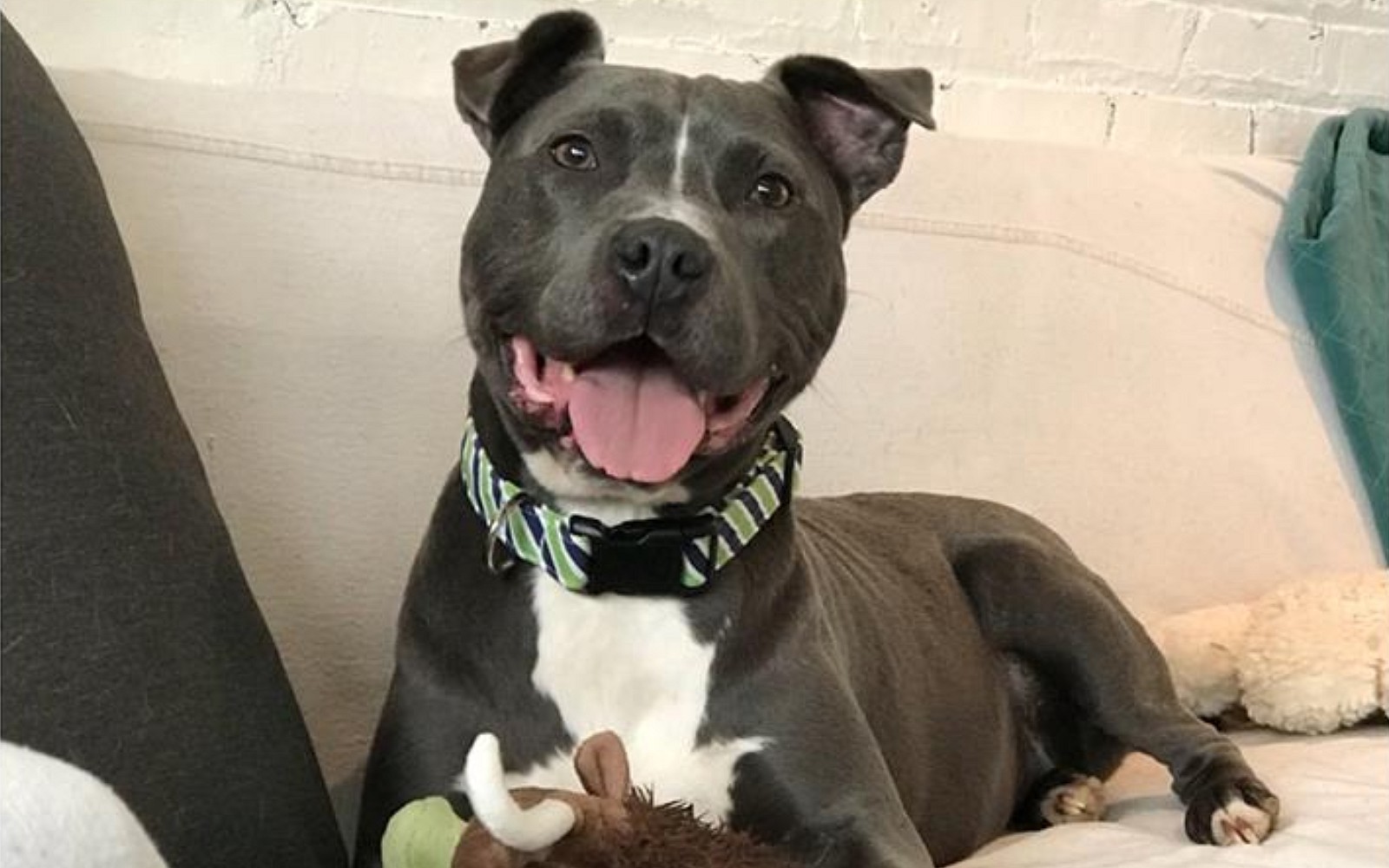 Trio Animal Foundation (TAF) saves and changes the lives of dogs every day. As one of the countless animals who have undergone complete and astonishing transformations thanks to the help they received from the TAF team, Augustus is a perfect example of just how unbelievably impactful the work of the team is. When he came to the rescue on July 31, 2016, just the sight of him was enough to break a heart. Now, Augustus is unrecognizable – and he is just enjoying his final week in Chicago before he moves to Nebraska with his mom and best friend in the world.

A few years ago, Augustus was found wandering the streets on the South Side of Chicago by a kind passerby who thankfully contacted the police dispatcher. From there, the dog was taken over by TAF and was quickly picked up by one of the rescuers. As the team writes, it took everything not to burst into tears upon seeing Augustus getting out of the rescuer’s car and being carried into the ER vet. It was unbearably clear that the dog had suffered horrific abuse. He had large deep wounds that dripped blood, chemical burns, a gunshot wound in his leg, and, unimaginably, even more disturbing injuries all over his body. Severely malnourished and suffering from muscle atrophy, Augustus almost did not look like a dog. It was verging on a miracle that he was still alive at all.

In the weeks that followed, Augustus would almost succumb to his injuries multiple times. His condition was so serious that every day, the team assessed the quality of his life and anguished over the next step. When he was finally stabilized, Augustus’s skin developed infected pustules and he had to go back to the ER to be cared for by a dermatology specialist. He was diagnosed with several different infections and put on antibiotics. It seemed like nothing was going right – afterward, just as he was transferred back to his original vet, Augustus developed a severe neck swelling and was on his way to the ER once more. It was found that he was suffering from salivary mucocele, that is, trauma to his salivary glands, and he underwent emergency surgery. The day after, he developed a reaction, perhaps to the anesthetic – and had to stay at the vet for days.

Once he was back in the care of TAF, Augustus started to gain weight and was doing better, but his skin condition unfortunately returned. Since then, the flare-ups have been occurring occasionally, but they can be dealt with.

Now, Augustus continues to receive daily medications, probiotics, as well as a special restricted diet and bi-weekly medical baths … but he is a completely changed dog! 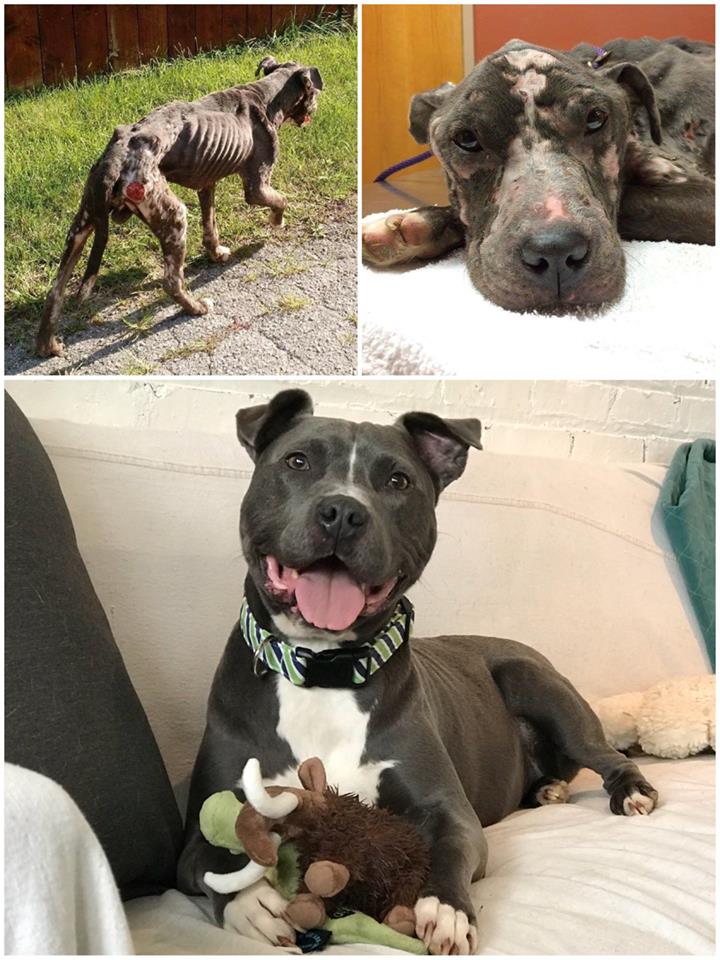 The physical tribulations Augustus had to go through are truly staggering – but they were still not the only issue this wonderful dog had to overcome. For the past year, TAF’s Medical & Rescue Director Bridgid had been working unceasingly with Augustus. Bridgid has been dedicated to doing everything in her power to help him emotionally and physically so that he could finally trust people and enjoy his life once more. It soon became clear that there was a special bond between the two and, as the rescue emphasizes, as far as Augustus is concerned, Bridgid “is the sun and the moon.” Through much tireless work, she became the one person Augustus really learned to trust and love.

The transformation of Augustus was nothing short of unbelievable. When this beautiful dog was ready for a forever home, he quickly made it obvious that he did not want to leave Bridgid for anyone – and it was decided that it was her who would give him his forever home! “Bridgid and Augustus’ bond is undeniable and who were we to deny him the happiness that had been stolen from him … the heart wants what the heart wants,” TAF writes. “Augustus may not be able to change his past but he most assuredly chose his future … a future with happiness, love and a mom to call his own.”

On September 22, 2018, TAF hosted a special event introducing and honoring the foundation’s therapy dogs, the Not All Superheroes Wear Capes fundraiser – and Augustus, as the special dog that he is, was the night’s Guest of Honor.

To learn more about Trio Animal Foundation and support its work, click here.