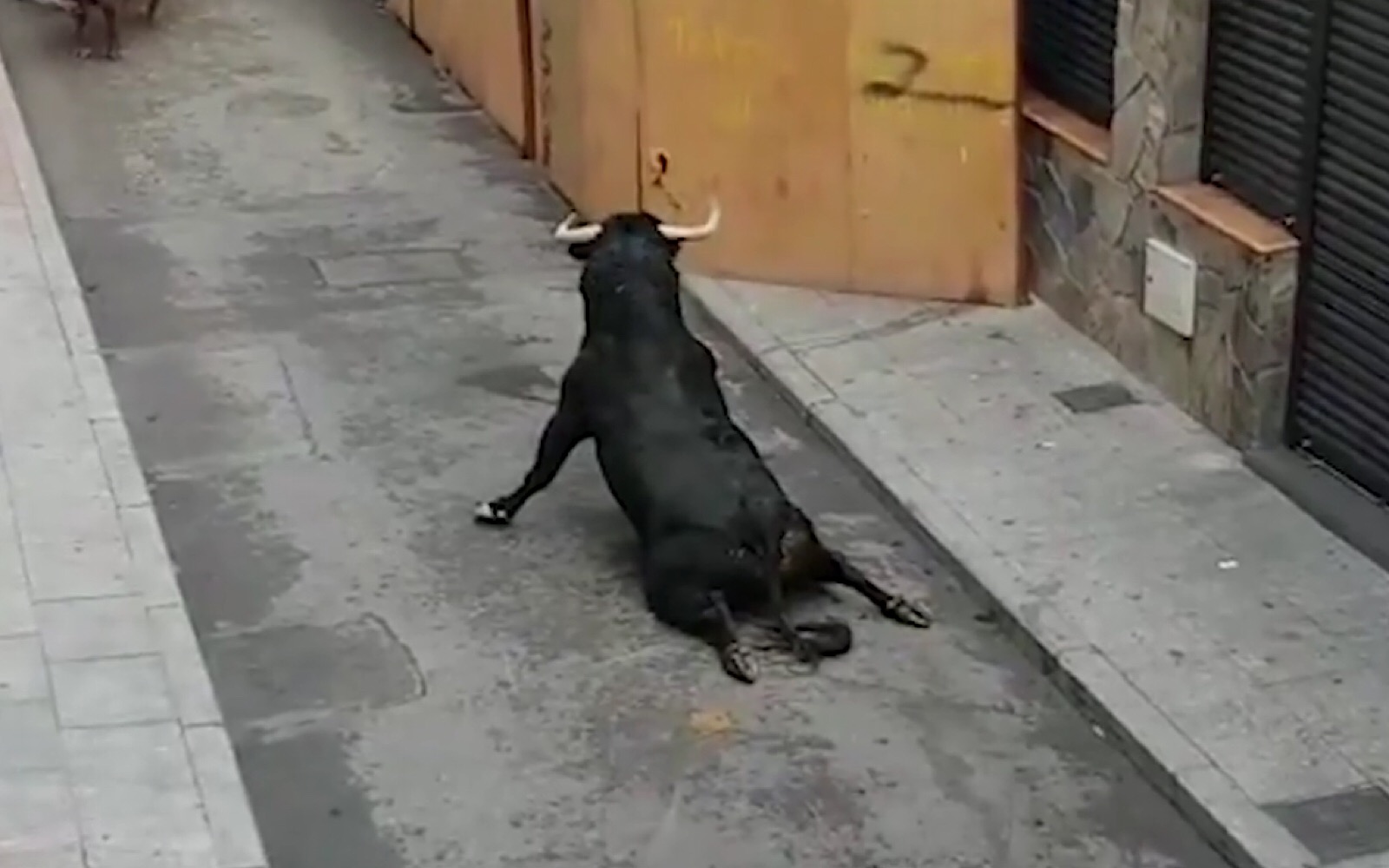 Cows are exploited in every way all around the world, from being mass produced for the meat and dairy and leather industries to being used in barbaric rituals that involve then running with lit torches on their heads or being brutally stabbed and ultimately murdered in an arena for the “entertainment” of fans of bullfighting, our beloved bovines are treated like mere objects rather than the sensitive, emotional, sentient beings they are. And a recent incident at a bull running festival in the village of Mejorada del Campo in Spain is yet another unfortunate example of how cows are grossly mistreated.

The shocking and disturbing video shows a bull being released from a transportation truck before the bull running festival. As the bull hits the pavement, his knees buckle and he collapses; the impact of the fall broke his legs. But the terrified animal attempts to rise and drag himself to safety, to no avail. No word on what has happened to the bull, but it is safe to say he was likely euthanized. You can watch the video here, but it may be difficult for some to see.

A petition addressed to Prime Minister Pedro Sánchez of Spain has been set up on Care2 in an attempt to get the country to stop the mistreatment of bulls for “entertainment.” As the petition points out, these types of events have proven time and time again to be dangerous for people as well. Please take a moment to sign the petition here.

And please remember to SHARE this with your network to increase awareness and support for this important issue!