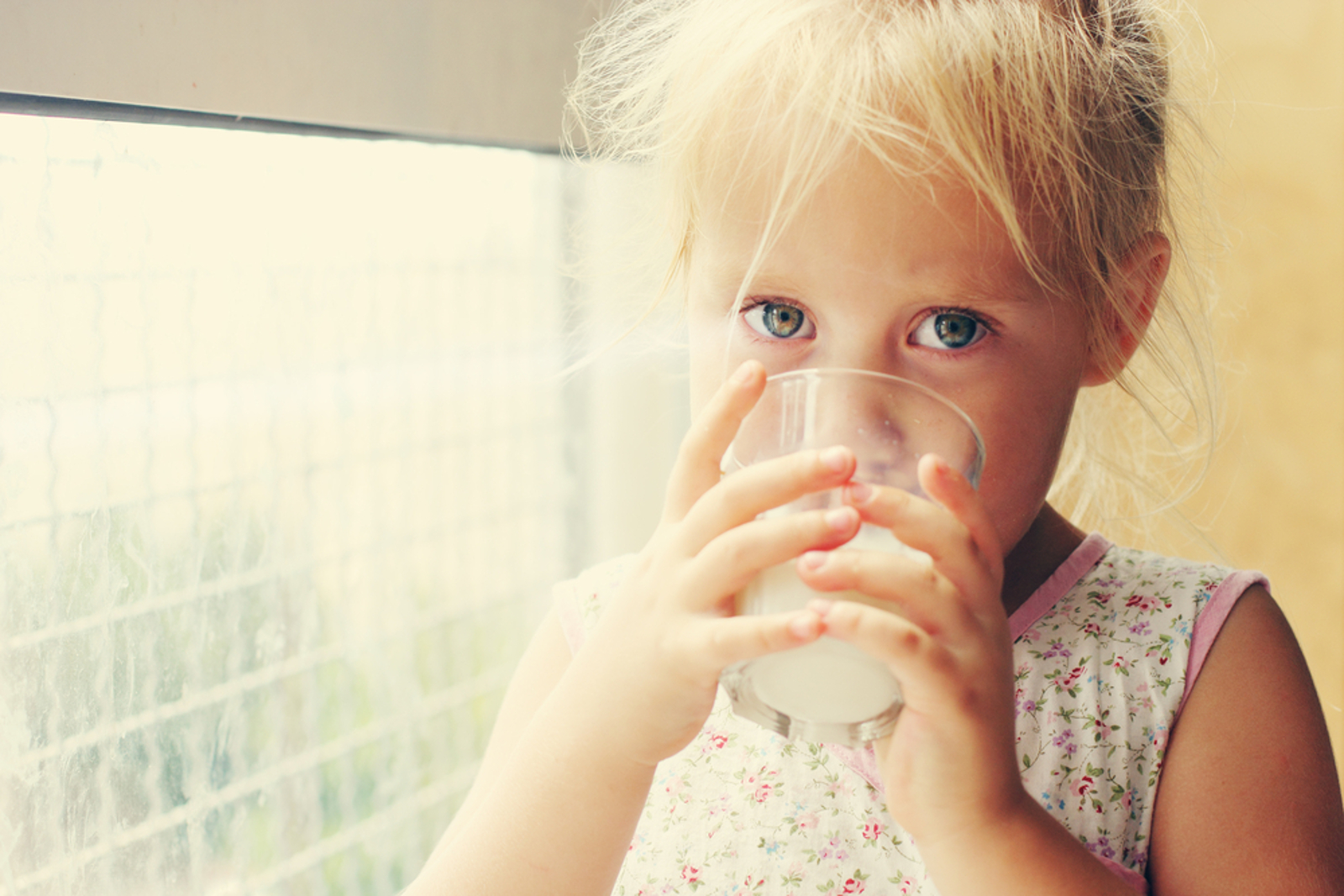 Milk is turning out to be one of the great foibles of my childhood. I grew up believing there were few foods so wholly nutritiously redeemable as milk. I never even questioned the concept of dairy being necessary or not. It was. The commercials had told me so. My cafeteria gave it to me every day to give me strong bones. And, milk came from one source: cows. Dairy was (and still is!) a food group!

Way back when, the thought of something like soy or almond milk just rang out as completely unnatural. Don’t I feel the fool now! Look, if you’ve not abandoned dairy yet, it’s time to do so, and even more so, it’s time to get dairy away from the kids as well. Despite USDA recommendations, here are ten reasons your kids probably shouldn’t be consuming dairy:

I grant you it’s a difficult debate, but if you’ve ever milked something yourself or seen the machines suck udders dry, you know this isn’t how things are supposed to work. The cows (or goats) may not die from it, but they are forced into suspended, bloated states of lactating. Their milk is taken from them by people instead of their offspring, the rightful beneficiaries, which were ripped away from their mother shortly after birth so she could live a life hooked up to a machine being drained of her own and her child’s life source. Not cool.

Whatever you think about animals’ rights, there is no doubt that the factory farms, where most milk comes from, are a detriment to the environment. The very dairy erroneously given to kids to be healthy is playing a big role in destroying the world they are supposed to live in.

Dairy isn’t the only thing that has calcium. In fact, lots of things have lots more. We’ve just spent the majority of our lives being led astray, victims of government subsidy support (school lunches!) and clever ad campaigns. Get calcium from healthier sources elsewhere.

In fact, while we were staring in awe at the off-the-charts calcium intake, we were being distracted by the realities of the other things dairy had. Case in point: Casein, the addictive protein found in dairy. It can be allergenic, and it’s really not good for us. The only way to kick it is cold turkey.

Maybe you didn’t like the “unnatural” point I made earlier. Well, how about the fact that dairy contains all kinds of crazy stuff like herbicides, fungicides, pesticides, preservatives, additives, and just plain old pus. Gross. Who wants to give their children that junk?

7. They May Be Intolerant to It

Over half the world’s human population is lactose intolerant. How meant for dairy are we? Even so, the industry has created lactose-free versions and medication to make it possible for intolerant people to keep consuming it. Why? Doesn’t that intolerance signify something is off?

What do many cows eat? GMO grown crops. So, if my logic class was correct in college: If we are what we eat, then cows are what they eat, so if cows eat GMO crops, then they are full of GMO gunk, which undoubtedly comes out as GMO dairy. Do you want genetically modified children?

9. It Can Promote Disease

Dairy is linked to all sorts of horrendous ailments, including animal-based dietary mainstays such as  cancer, diabetes, autism and schizophrenia, as well as many autoimmune disorders, including Multiple Sclerosis.

10. They Usually Don’t Even Want It

Most kids don’t want to drink milk anyway, so parents are actually force-feeding children something that isn’t healthy. Why not save that energy for foods — vegetables, people! organic vegetables! — with true health benefits? Worried about calcium?

Seriously, dairy is a bit scary. Do you let the kids watch scary movies? Maybe that warm glass of milk before bedtime should be of the coconut variety. Then, you could sleep a little more soundly as well.