Persimmons: How to Grow and Eat Them 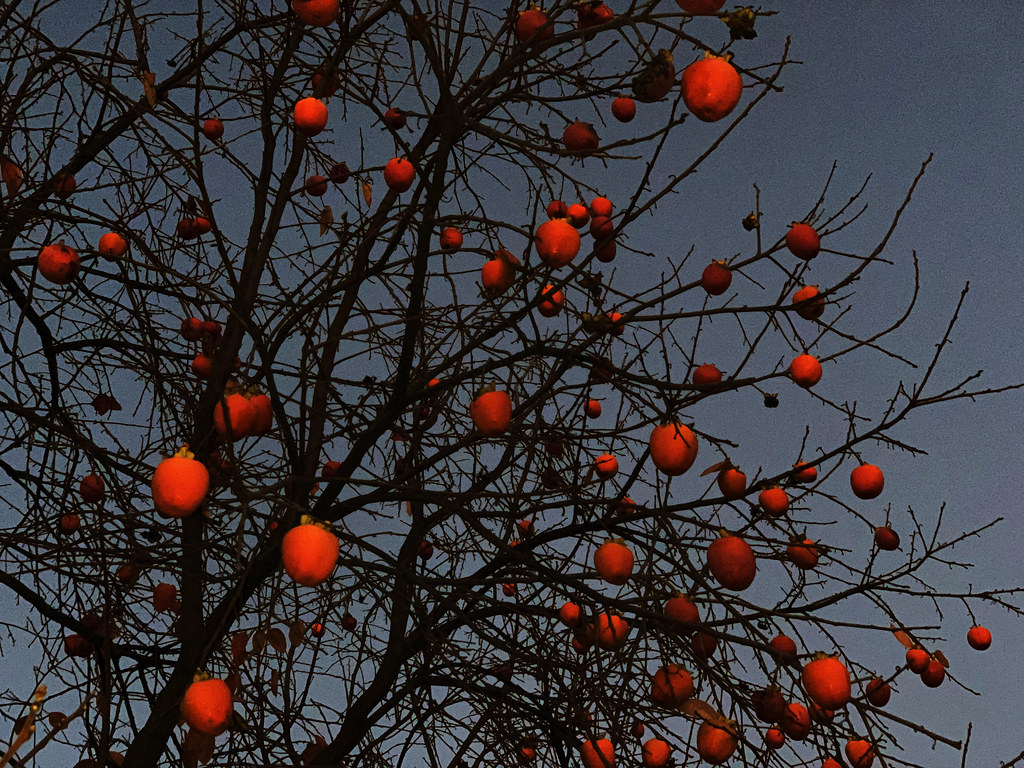 Persimmons are possibly the best-tasting fruit most people, particularly in Western countries, have never tried. That said, the United States is the native home to the common persimmon tree (Diospyrus virginiana), which grows wild from the East Coast past the Mississippi River and from the Gulf Coast almost all the way to New York City.

In other parts of the world, persimmons are extremely popular, so much so that their genus name Diospyros actually translates roughly to “food of the Gods”. Asian persimmons (Diospyrus kaki) have been cultivated for over 2,000 years and are amongst the first cultivated plants in the world. They are used for both food and medicine.

For those who haven’t had the pleasure of eating a good persimmon, they have an extraordinarily sweet taste reminiscent of caramel often with hints of cinnamon and spice. However, eaten too early, some persimmons are very astringent and unpalatable, and when ripe, they don’t ship well, which is why they aren’t common in supermarkets.

In other words, the best way to eat persimmons is probably to grow them at home.

The common, or American, persimmon and Asian persimmon are the two species, though there are several species of persimmons, that are most commonly found in the United States. Common persimmons tend to be fruits of wild trees, beloved by foragers, while Asian persimmons are cultivated, with lots of varietals to choose from.

Common persimmon trees can grow as high as 70 feet with a trunk two feet across, though they tend to be smaller than this. They are slow-growing, hardwood trees that may not produce fruit for a decade or more. For the best production, they like something between full sun and partial shade, and moist, sandy soil is the best growing medium, though they are tolerant of lesser soils. They have USDA plant hardiness between Zone 4 and 9.

Asian persimmon trees, sometimes called Japanese or Oriental, come in a great number of varieties and are grown for their ornamental qualities as well as their fruit. They have pretty blooms in the spring and stunning fall foliage. These trees, often grafted, tend to be 20-30 feet tall with slightly less spread than height. They aren’t quite as cold-hardy as American persimmons, with a USDA hardiness range between Zone 7 and 9.

In terms of fruit, the persimmon breaks down into two general categories: astringent and non-astringent. These two classifications more or less explain the degree of ripeness at which the fruit can be enjoyed.

Astringent persimmons must be extremely ripe, seemingly overripe, to be tasty. The fruits should be soft to the touch such that the interior has gone completely mushy. Otherwise, the astringency is so overwhelming the persimmon is more or less inedible, causing some seriously unflattering puckering. However, they are the sweeter choice when eaten properly.

Planting and Picking Your Persimmons

It’s important to plant a type of persimmon suitable to your climate. Some strains of Jiro persimmons are said to survive into USDA Zone 6, but anything colder than that limits growers to common persimmons. In either case, sun and well-draining soil will maximize harvests. When mature, the trees need about 25 feet to spread their branches. These trees love open areas, such as fields or yards. Persimmon trees tend to be disease- and pest-resistant.

Asian persimmons can take about half the time (5-7 years) as common persimmons to begin producing fruit. When fruit does start to appear, it will be a fall harvest, often hanging in until late fall or even winter. Astringent persimmons can be left on the tree until soft, or they can be harvested ripe and overripened at home. This can be done in about a week by sticking them in a paper bag with an apple or banana, which naturally release ethylene and speed the ripening process. Non-astringent persimmons can be harvested after they’ve changed color.

Persimmons are absolutely delicious, truly like a dessert, out of hand, but they are also sometimes prepared pudding or baked bars. Non-astringent, when ripe but still hard, can also be sliced and dehydrated.

Check out some of these delicious persimmon recipes: