Forage for Dinner: The Hen of the Woods, One Tasty Mushroom 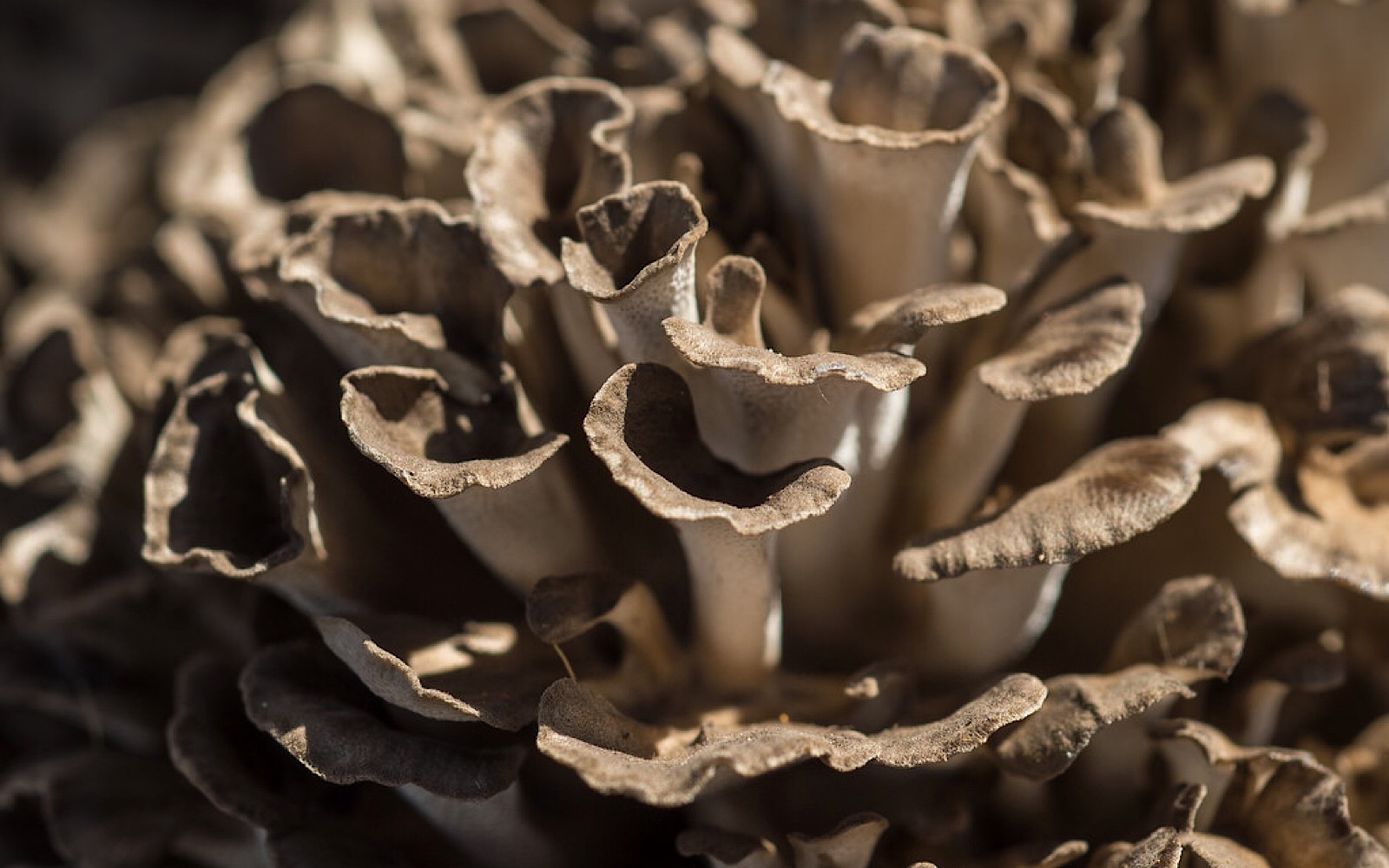 In the world of foraging, fall may just be the best season of all. Not only are lots of wild fruits on the go (think apples, persimmons, and pears), not only are the weeds wonderfully delicious (try dandelions, chickweed, sorrel, and wild mustard), but also the mushrooms are at their best.

There are so many delicious fungi to forage once the heat of summer has subsided. Chanterelles still pop up here and there, chicken of the woods are often available, and hedgehog mushrooms are making the scene. But, the best one of all may just be “the hen of the woods”.

The hen-of-the-woods mushroom goes by several other names. Ram’s head and sheep’s head are common handles for it. In Japan, it’s referred to as maitake or, due to its size, king of mushrooms. Italian Americans might call it signorina. Officially, it is identified as Grifola frondosa. Whatever we choose to call it, the fact of the matter is that it is a choice edible, both delightfully delicious and easy to identify. 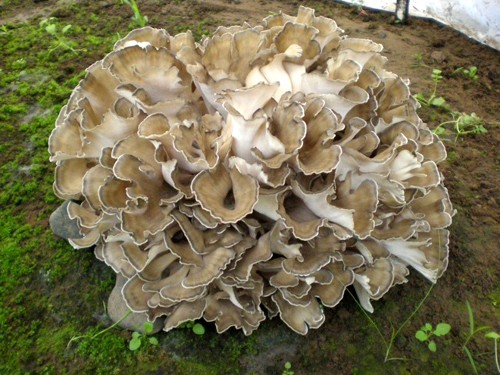 The hen-of-the-woods is unique in appearance, which is why it is both easy to recognize and isn’t a fungus to fear misidentifying. Unfortunately, it blends in very well amongst the autumn leaves that are abundant when it fruits, so it can be tough to spot.

Maitake are large, known to get up to a yard across and over 100 pounds, though this big would be an exception rather than a rule. They have clusters of grayish-brown caps that are broad (an inch or three) and spoon-shaped. The single, central stem and underside of the body are white, somewhat cauliflower-like in appearance. And, it’s important to know that these mushrooms have pores rather than gills.

All in all, they are often said to resemble a roosting hen, which explains the nickname.

Where and When to Find the Sheep’s Head 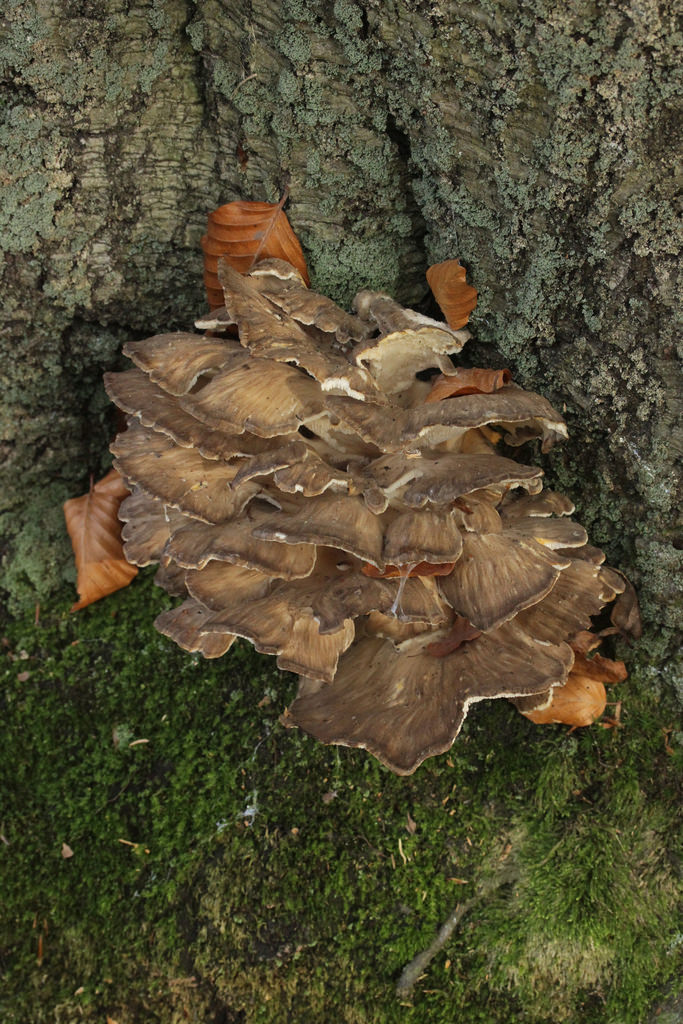 These mushrooms thrive in the autumn. They generally start to appear in September and can bloom into November.

Firstly, in the US, they are going to be in the Northeastern hardwood forests. They do not grow in the Pacific Northwest. They grow from the ground, typically at the base of trees and stumps. They particularly love oak trees, where most of them will be found, but they’ve been known to partner with black locust and red maple as well. They also like to be near water, such as low spots or near ponds and lakes.

And, a forager should always remember the spot where a maitake grows because they reappear for several years in the same space.

How to Eat Hen-of-the-Woods 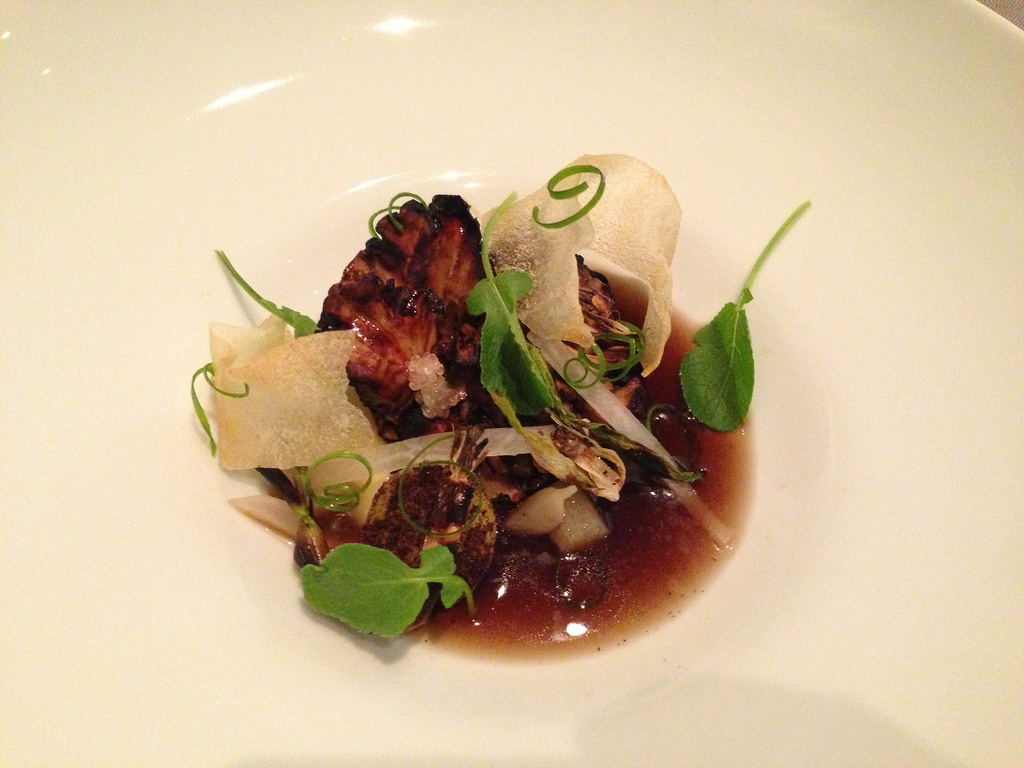 Eating these mushrooms is just wonderful. They have a great flavor on their own, and the texture is extremely “meaty.” They are stout enough to stand up to any kind of preparation, including boiling in stews and deep-frying in batter. They can even be baked and are great sautéed.

Because a couple of maitake can equate to 30 or 40 pounds of food, it’s also good to know that they store well. They can be frozen raw or sautéed to be added to dishes long after their season is over. They can also be dried and rehydrated, though they are better powdered in this instance. Then, the powdered mushrooms can be added to broths, sauces, and even tea.

Why Ram’s Head Is So Special

Aside from being easy to identify and absolutely delectable, these mushrooms are triply special because they have been found to hold serious medicinal powers. Both the American Cancer Society and Sloan-Kettering Cancer Center acknowledge that elements within maitake mushrooms boost the immune system and help to fight cancer. It also has a hypoglycemic effect that helps manage diabetes. It also assists with high blood pressure, high cholesterol, and AIDS.

In short, if maitake are in the woods near you, it may be time to take a hike and keep an eye out for a delicious treat. For West Coast folks, visiting a specialty (particularly Asian) supermarket or a health food shop might be something to put on this week’s to-do list. This is one delicious mushroom!