Forage for Dinner: Chicken of the Woods, a Magnificent Mushroom 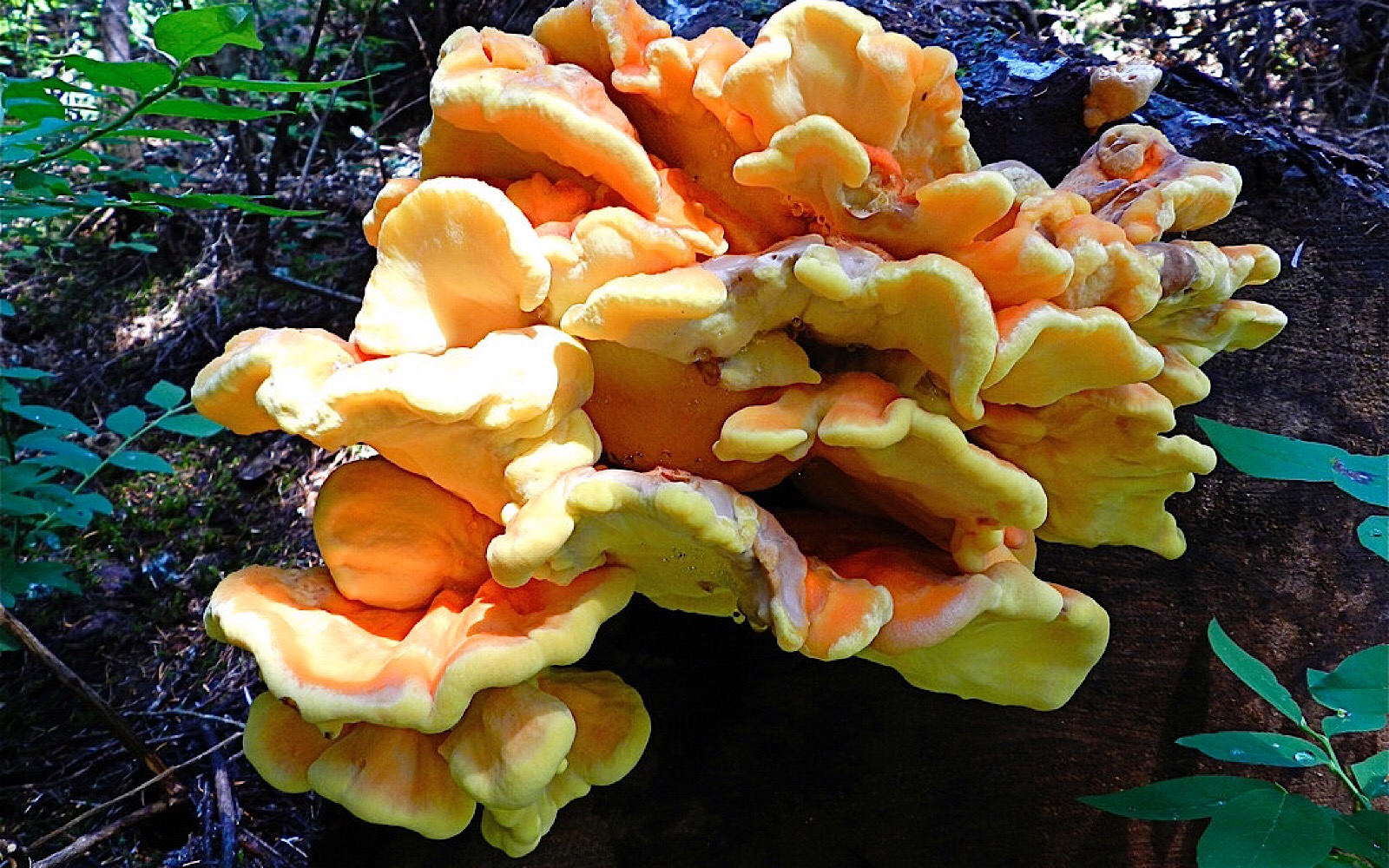 For those of us who like free food and outdoor activities, it doesn’t take long for foraging to become a favorite pastime. Another exciting thing about foraging is that it often introduces us to foods we’ve never tried. Foraging for wild mushrooms can be particularly rewarding in this regard.

Though there are dozens of mushrooms that are edible, there are only a few that we find regularly at the supermarket and possibly a few more at the farmers’ market. However, with a bit of foraging, we can discover some truly amazing mushrooms, many of which are either only available by finding them or would otherwise be extremely expensive.

Chicken of the woods (any of around twelve species of genus Laetiporus) is one of the best to discover. It offers diners a dense texture that can’t help but be described as, appropriately, “like chicken.” Even better, it’s common in North America, and there aren’t really any poisonous mushrooms that, after vigilant identification, it could be confused with.

Finding Chicken of the Woods 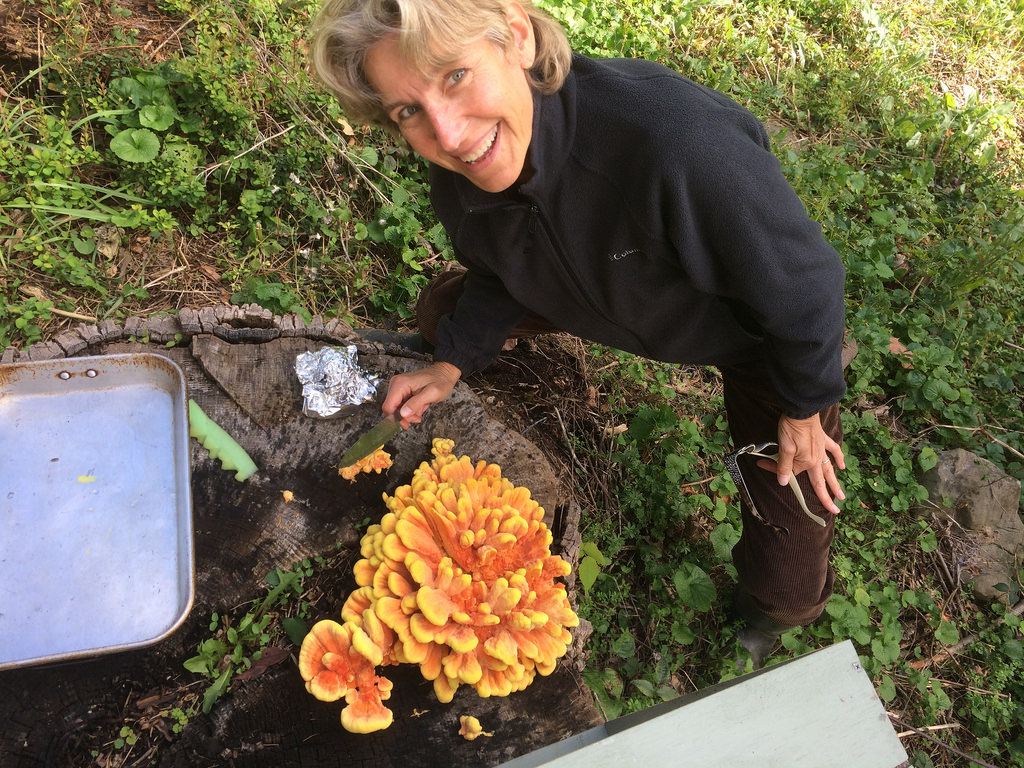 When foraging any wild mushroom, it’s important to know some basic information about finding them, such as when and where to find them. Chicken of the woods is usually found from late summer into early fall, adjusting conditions slightly for extremely cold or hot climates.

Generally, they are growing on wood, either on or at the base of dead or dying trees, particular hardwoods like oak, cherry, and beech. They can be found on eucalyptus and conifers, especially on the West Coast, but these specimens should be avoided because they can cause gastrointestinal problems.

Identifying Chicken of the Woods 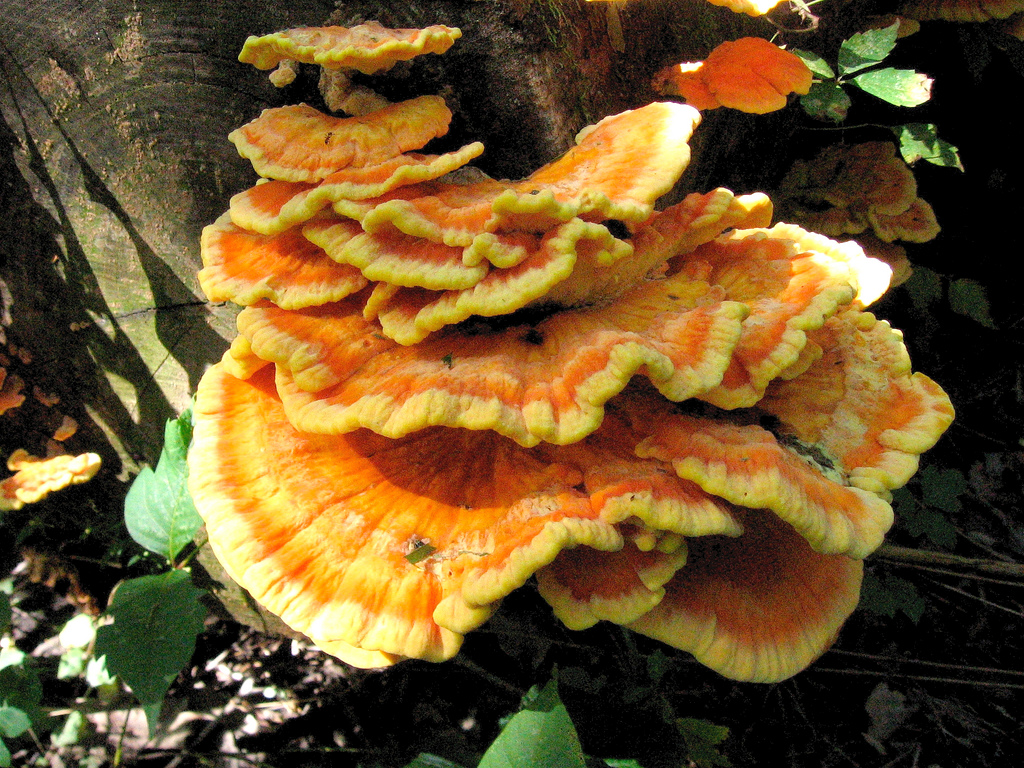 Chicken of the woods are part of the famous “foolproof four” of mushroom foraging. The genus has many different species, but the most widely recognized and appreciated are Laetiporus sulphureus and Laetiporus cincinnatus. Whatever the case, these mushrooms are orange-to-yellow on top, and they have pores rather than gills on the bottom. The pores should either be yellow (sulphureus) or white (cincinnatus).

They aren’t what most of us picture as the prototypical mushroom. They don’t really have stems and caps; instead, they grow in shelves or brackets along the tree. The shelves can fan out to be ten inches across, and there will be several shelves stacked atop one another. The sulphureus, also referred to as a sulfur shelf, smells of — as one might guess — sulfur.

Always Get an Expert’s Take 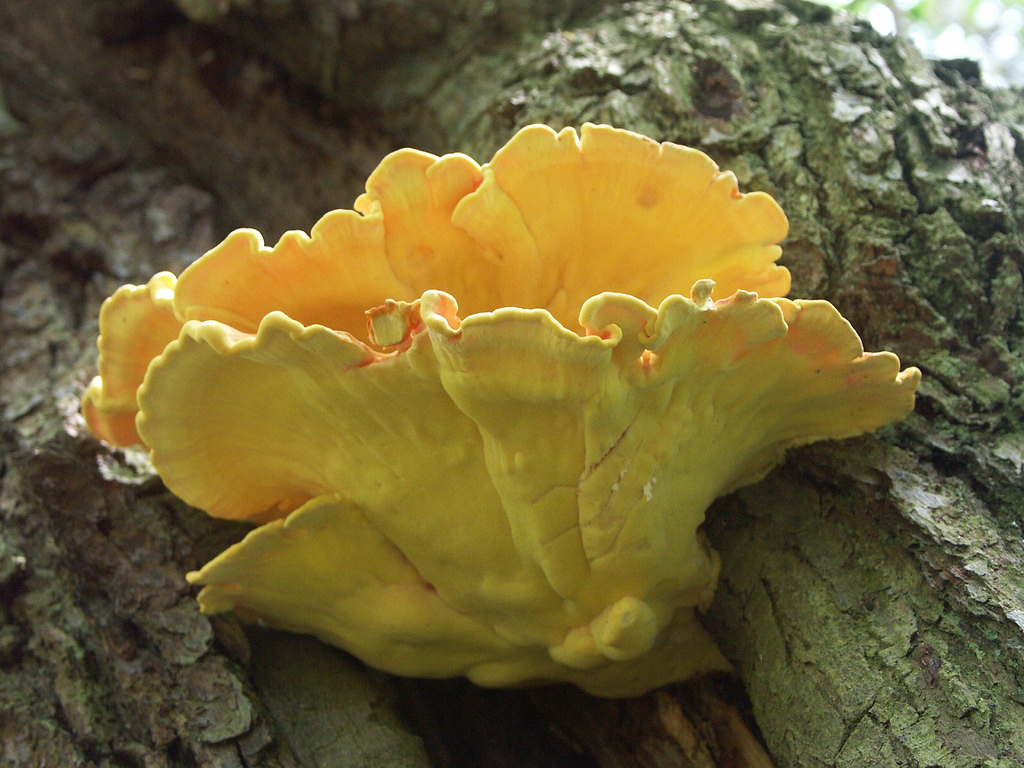 The above characteristics (and pictures), including the when and where, will help to identify a chicken of the woods, but with wild mushrooms, it’s important to always take your time and be sure. Beginning foragers should either find a local expert to verify the ID in person or use the internet to get verification. There are several Facebook pages that help with mushroom identification, but before asking them, be sure to do your own ID process and take good pictures of the mushroom in its location, of the top, and of the bottom. It is very hard to positively ID a mushroom without seeing all of these things. Experts will get annoyed with those who ask for ID without doing some of the work themselves and providing sufficient photos.

Eating Chicken of the Woods 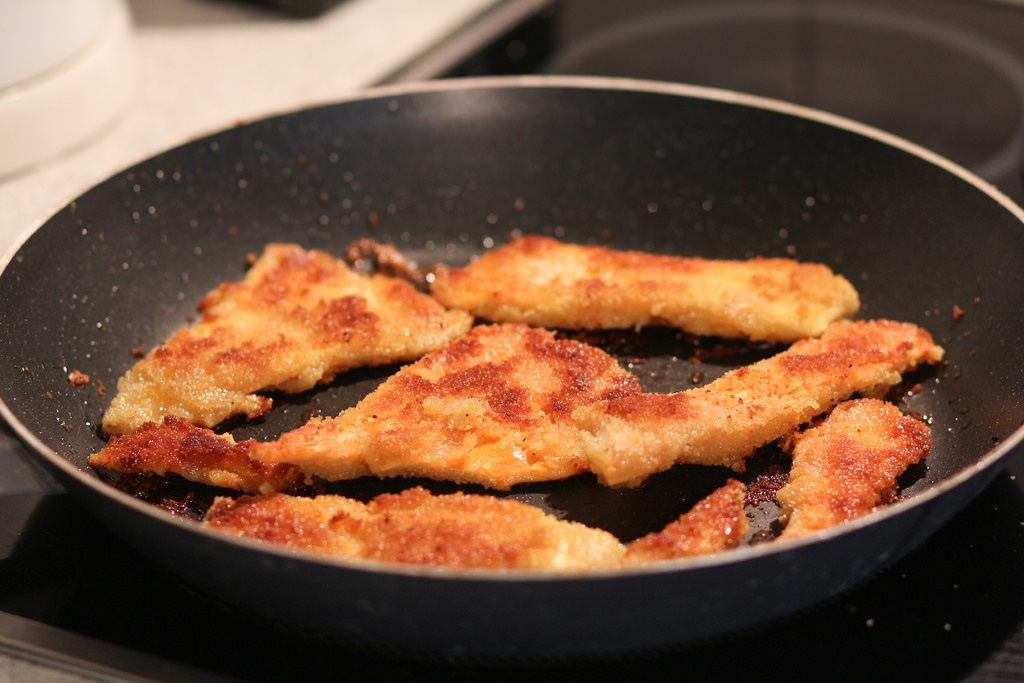 For the most part, people don’t have any problems eating chicken of the woods; however, for a few, as with any food, this mushroom can cause stomach problems. When eating any wild mushroom, it’s good practice, a rule really, to eat only a little at first and wait 48 hours to make sure you aren’t one of the few unlucky folks. It’s also important to know that all wild mushrooms need to be cooked.

Chicken of the woods is most loved for its amazing texture, and for plant-based eaters, it is a real treat to get something so meaty (but is obviously not.) It works amazingly in pasta, as a taco filler, in a sauté, or as deep-fried “chicken” fingers. Just use it as one would use chicken or tofu.

A Few More Tips Before the Forage 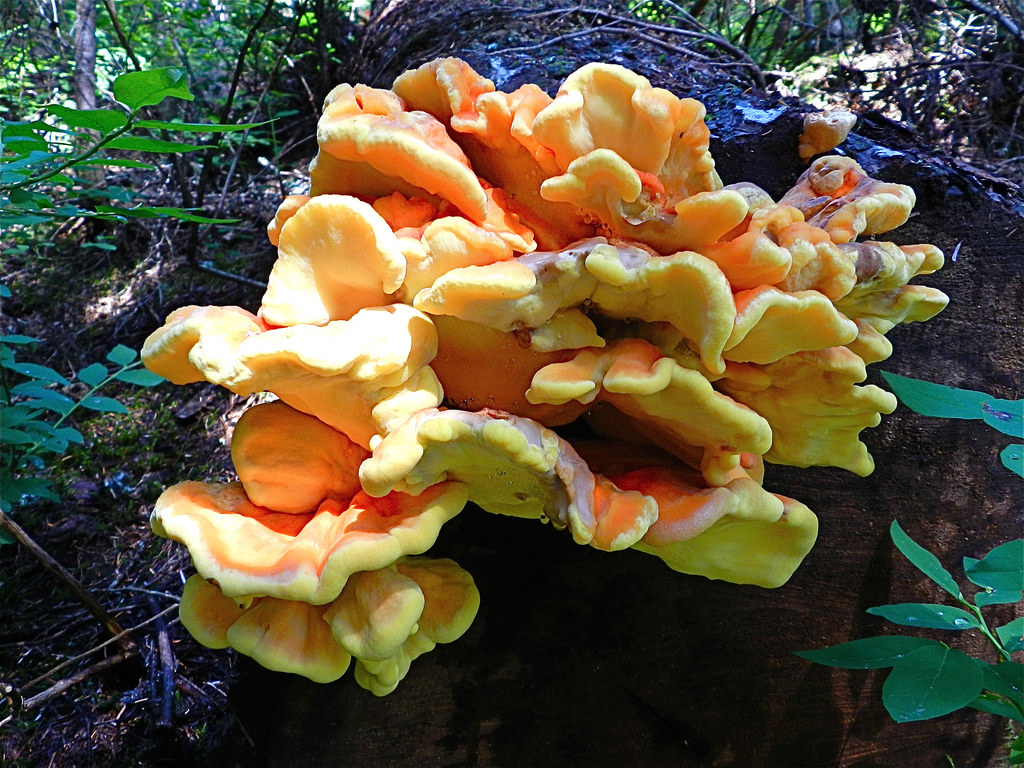 Chicken of the woods is a really reasonable mushroom for beginning foragers. There aren’t a lot of mistakes to be made, and it is perhaps one of the most pleasing mushrooms to eat. Here are a few final tips to make sure this experience is a fruitful one: