Fall Is the Time for Foraging Fungi: What to Look for From August to November 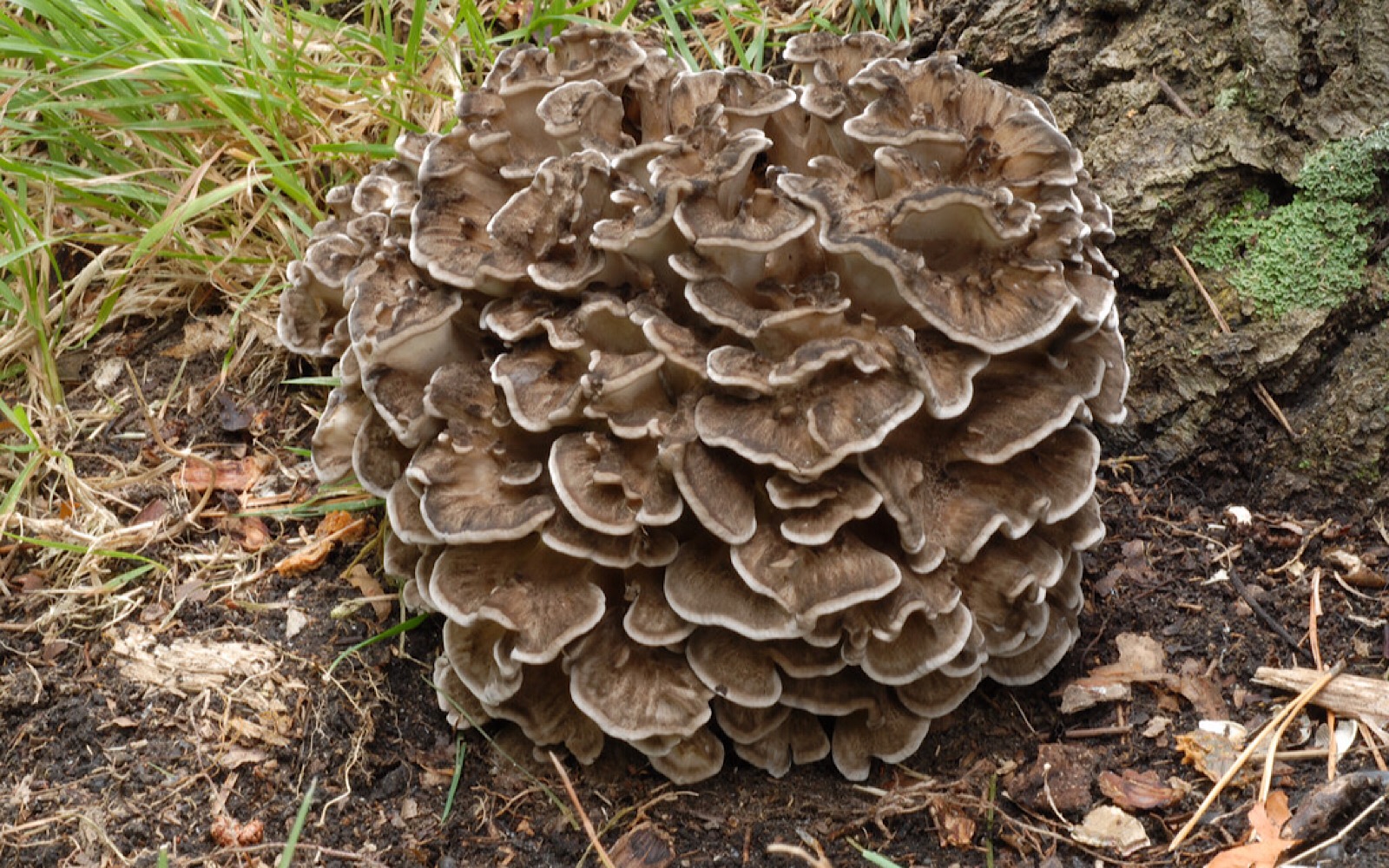 The autumn is one of the best times for foraging. Many things, having enjoyed the warm and wet of summer, are now fruiting. Wild herbs haven’t yet been cut down by the cool. And, best of all, a myriad of mushrooms is there for the picking.

Though foraging mushrooms does require some knowledge, patience, and caution, it’s not nearly as perilous as many of us have been led to believe. It’s true that some mushrooms can kill a person, but there are also many that can be easily identified and are absolutely delicious.

The trick to eating well is knowing what’s available when, and the trick to staying safe is not eating what you don’t know. Rather than getting into anything that can be easily mistaken for something poisonous, there are some easily identifiable fall fungi to look out for.

And, fall is the best time to get started. This is when edible mushrooms seem to be the most abundant and the most varied. 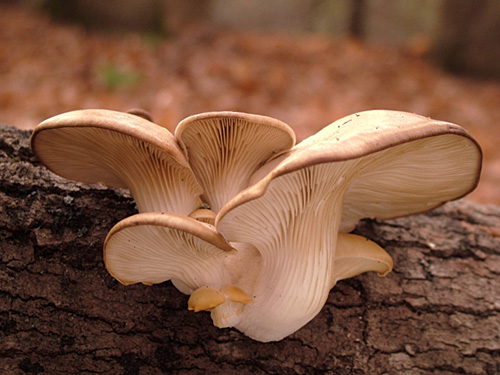 Oyster mushrooms are a true fall mushroom. They don’t start fruiting until temperatures fall into a rhythm of low 50s. These are also the only foraging mushrooms to look out for after fall.

They can be found throughout most of the United States and a good deal of Canada as well. They grow on stumps or fallen trees, and occasionally they set up residence at the base of living trees that aren’t going to be around much longer.

Oysters are hard to mistake. They have brownish to grey caps that are typically about five inches across when mature. When young, the caps roll under, and as the mushroom matures, the caps flatten out. The flesh of the cap is pretty rugged and has some heft. The stems are short or not even there, the gills creamy white and spaced apart, and the spore print is creamy to pale gray.

Most lookalikes are just another form of edible oyster mushroom. In Australia and Japan, there is one poisonous lookalike, so if foraging there, check into the Omphalotus nidiformis, or ghost fungi, which is respected for its bioluminescence. 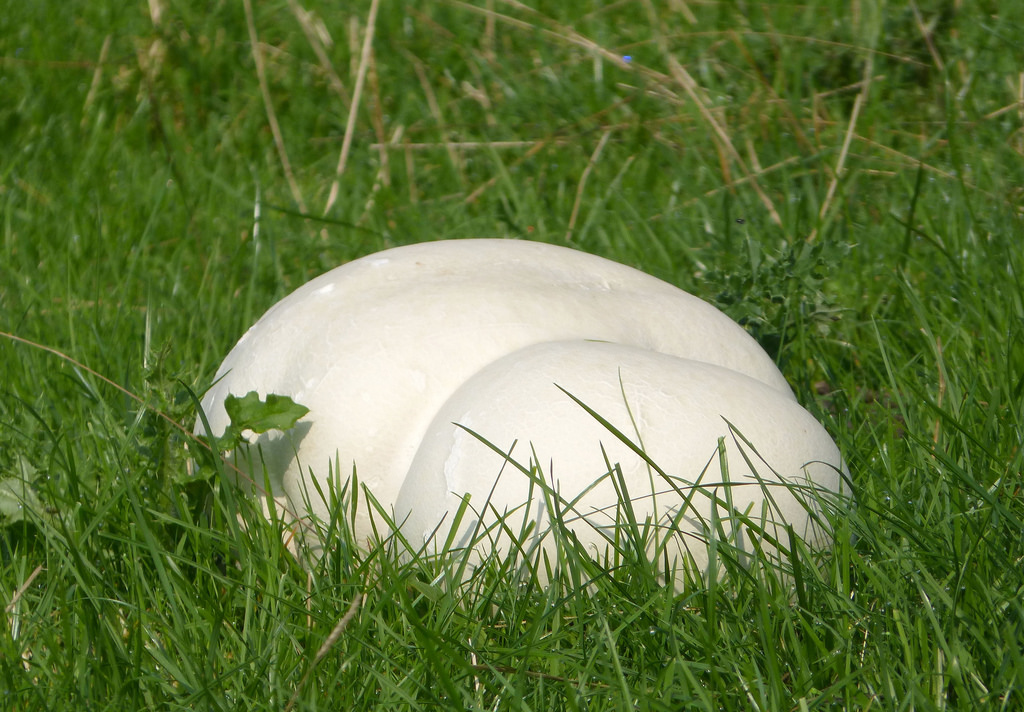 The main identifying factor for edible puffballs is that the inside is solid, white, and homogenous. A mature puffball’s flesh might turn yellowish to greenish, signaling it is unfit to eat.

Let giant puffballs get to be at least four inches across to rule out any other possibilities. Gem-studded puffballs, which grow in clusters on the ground in the forest, should always be cut in half before consumption to make sure they aren’t Amanitas in button stage. Pear-shaped puffballs get roughly the size of ping-pong balls, are slightly browned on the outside, and grow on wood. They should be cut in half before consumption as well.

The two big mistakes that can happen with puffballs are the pigskin poison puffball (Scleroderma citrinum) and the button-stage Amanitas. Pigskins will cause serious stomach issues and can be ruled out because they have rind-like skin with a purplish, often powdery, inside. Amanita buttons, when cut in half, will show signs of gills, and there are some serious deadly members of this family. In other words, it’s vital to cut small puffballs in half lengthwise to verify what they are.

Hen of the Woods/Maitake (Grifola frondosa) 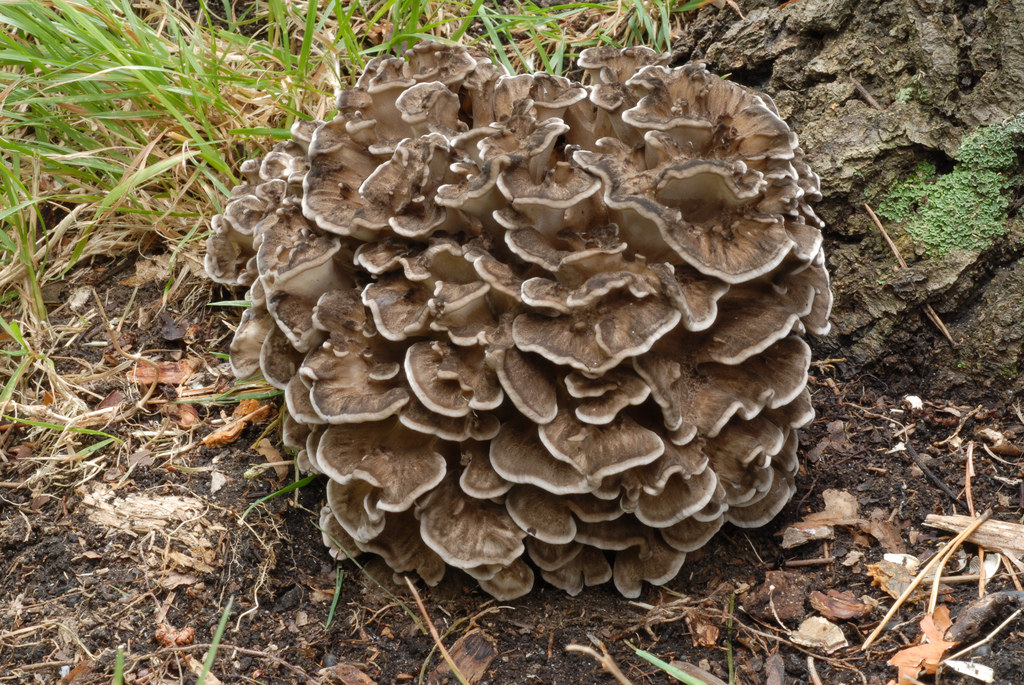 Without a doubt, hen of the woods is one of the best-known and most delicious foraged mushrooms. It has a couple of other names — ram’s head and sheep’s head — but, whatever it is called, it is a forager’s delight. It’s not uncommon for one of these mushrooms to weigh twenty pounds. That’s a lot of gourmet food!

Maitake are polypores, meaning they don’t have gills on their underside but rather small pores. The tops are brownish and/or grayish, and the underside is white. These mushrooms like the company of oak trees, and they most frequently grow near the base of living or dead oaks.

The sheep’s head has a very distinctive look that makes it difficult to mistake. Plus, the Berkeley polypore and the black-staining polypore are somewhat possible lookalikes, but they are both edible. The key to avoiding a toxic false ID is noting that there should be NO GILLS.

Chicken of the Woods (Genus: Laetiporus) 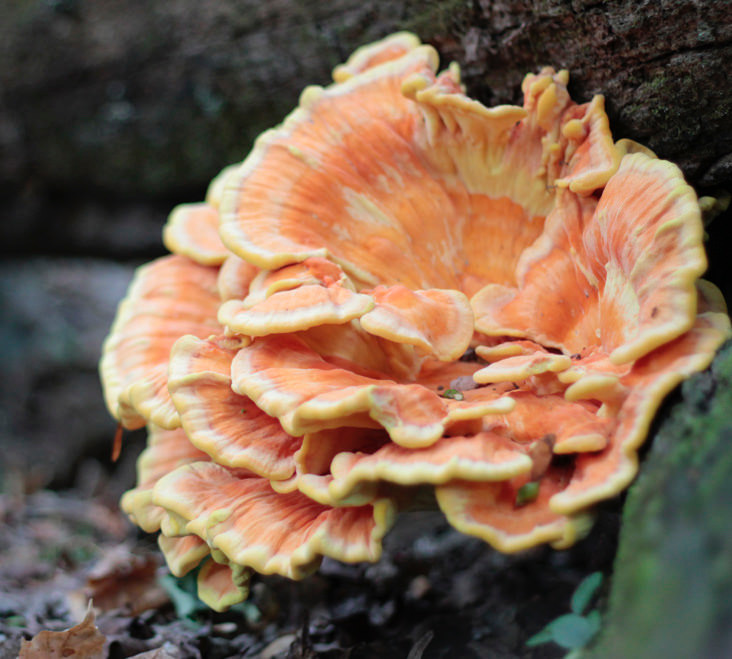 Lastly, and a close second to maitake in both texture and flavor, is the Chicken of the Woods. These are also very difficult to misidentify as they are wildly colored and very large polypores. They have an amazing chewy texture and are compared to — big shocker! — chicken.

Chicken of the woods grows on wood or, seemingly, at the base of trees where they’ve sprung up from underground wood. They are orange to yellowish on the top and either yellow or white on the bottom. They have neither stems nor caps but grow as a series of clustered shelves. Like the sheep’s head, they have no gills; they have pores.

These are great mushrooms to forage for the fall. They can provide a lot of free food, inspire a lot of fun hiking at a beautiful time of year, and offer up great rewards for a little effort. While they are easy to ID, it’s vitally important to do your due diligence anytime you harvest plants or mushrooms from the wild. Until you get some experience, use support pages on social media and a mushroom guidebook for help when identifying.