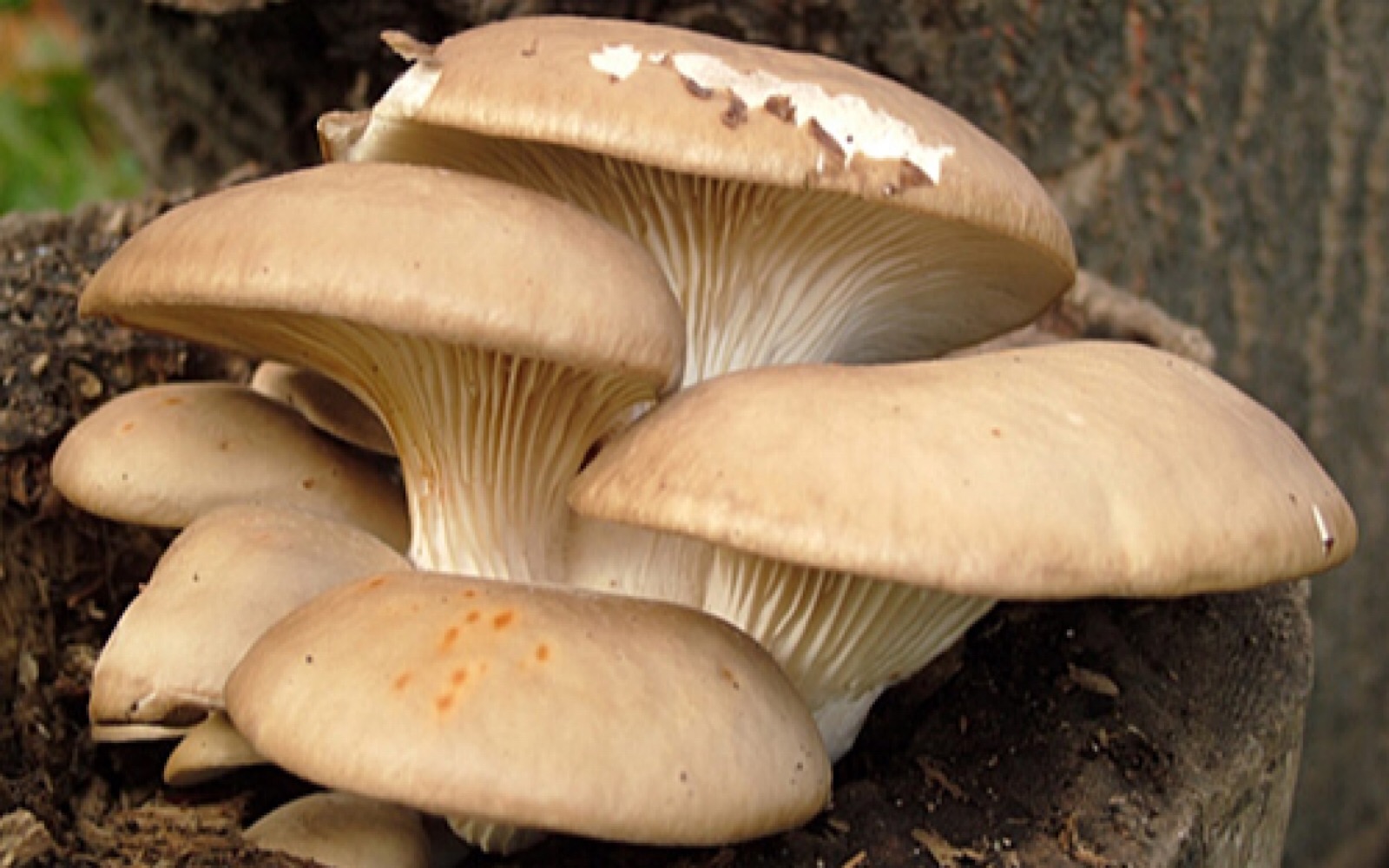 With the last leaves of autumn falling to fully blanket the ground, we must wave goodbye for the year to most of the mushrooms. Foraging for fungi, for the most part, is something for warmer weather, something to do when temperatures are inviting. But, for those of us who love hiking through the woods and love to find mushrooms, there is one wintertime survivor: the oyster mushroom.

Oyster mushrooms, aka Pleurotus ostreatus, isn’t afraid of a bit of frigidness. In fact, the winter is its time. In normal years, oyster mushrooms thrive between November and March, but in colder years, that season can stretch a month further on either side. These mushrooms aren’t even interested in fruiting until temperatures dip down into the low 50s, and they still produce at temperatures colder than that. In other words, December or not, fine food is out there to be found.

Where to Find Oyster Mushrooms 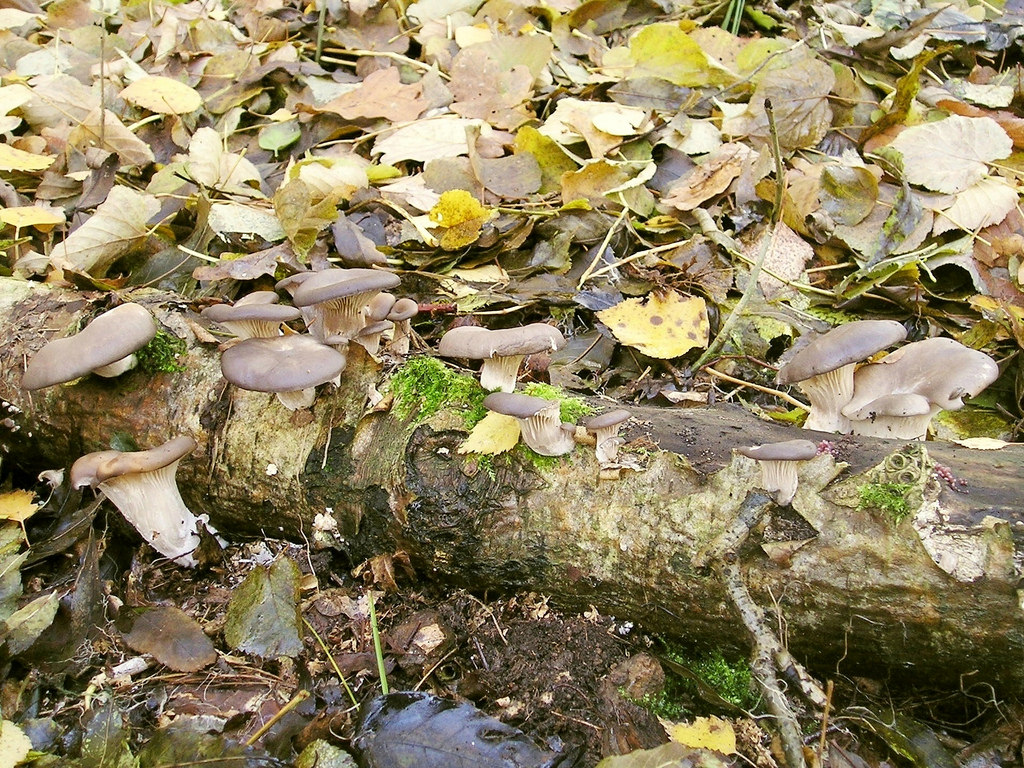 Oyster mushrooms can grow just about anywhere in the contiguous U.S., as well as much of Canada. Like most mushrooms we can cultivate at home (that’s an option as well!), oysters grow primarily on wood. Most of the time people find them on stumps or fallen trees, and they’ll bloom there for two or three years until all of the tree’s nutrients have been zapped. Occasionally, they’ll take up residence at the base of living trees or on broken limbs, which will mean mushrooms for us but nearly certain doom for the trees.

How to Identify Oyster Mushrooms 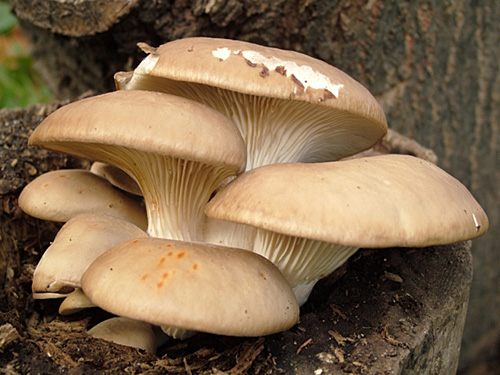 Oyster mushrooms are a typical feature on lists for novice foragers, and this is because they are relatively easy to identify and not so easy to mistake.

Their caps, especially in the U.S., tend to be some mix between brownish and grayish, and when mature, they average around five inches across but can reach up to nine inches. Young mushroom caps will roll in on themselves a little at the edge while mature caps flatten out. The caps are rubbery, sturdy, and heavy for their size.

Other features will help, and are necessary, to identify oysters. The stems are either nonexistent or very short, and they are not at the center of the mushroom cap. The gills are cream-colored and far enough apart to see between them, and they are often decurrent, meaning they run down the stem as opposed to stopping at it.

Finally, to be extra certain you’ve got the right thing, a spore print (do it on black paper) from an oyster mushroom will be somewhere within the white to cream to pale gray spectrum. 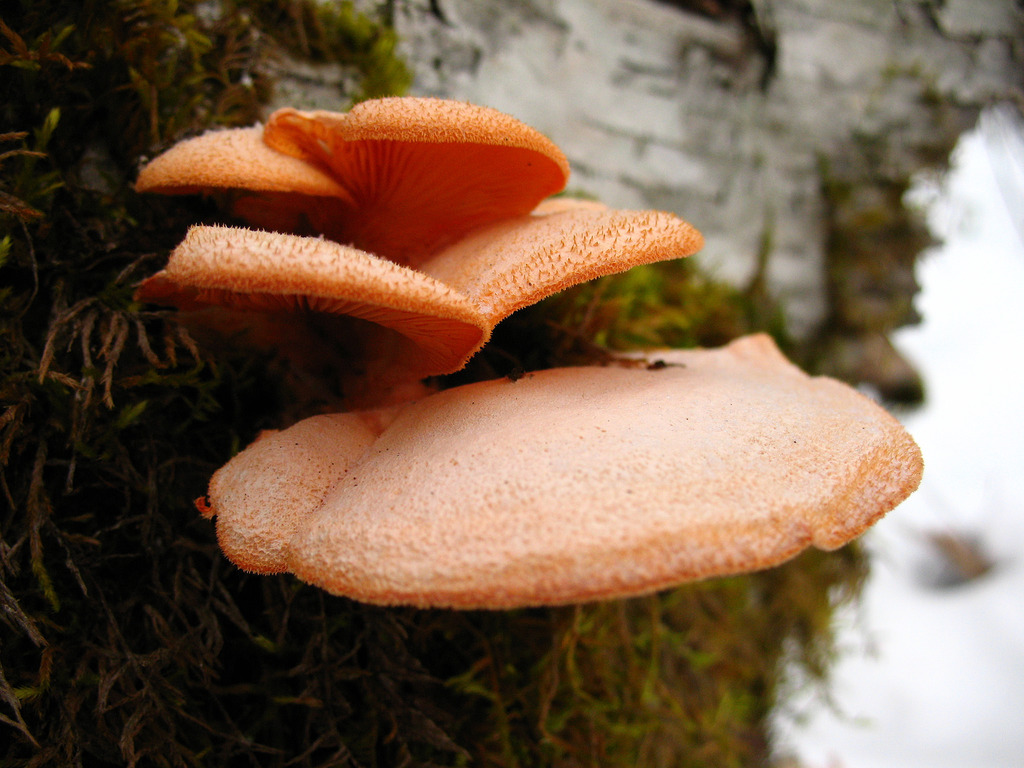 A large part of identifying mushrooms is knowing what looks similar and the differences between the good-eating and the vomit-inducing. With wintertime oysters, cold weather has eliminated much of the already small list of lookalikes.

Brown or rusty-colored spore prints are a bad sign, and they’ll likely come from skullcaps, or Galerina marginata, which can survive through the winter. However, these mushrooms look noticeably different, with long, thin stems and smaller, more delicate caps. Really, this would be hard to mistake, but for those in doubt, they would justify doing a spore print.

There is also an orange mock oyster, the Phyllotopsis nidulans, which looks oyster-like but is, as the name suggests, orange (or yellowish.) The cap of this one is velvety rather than rubbery as well. Stick with brownish-grayish and this one shouldn’t be a problem.

When in Doubt About Oysters 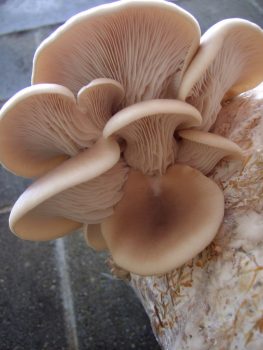 One of the great benefits of foraging for oyster mushrooms in the winter is that the number of other mushrooms around is hugely reduced, so the whole endeavor is less intimidating. That said, with oyster mushrooms or any wild mushroom, it is very important to take it slow, go through the ID points, and seek the advice of experts. Check out mushroom pages on Facebook and other social media sites to get some help verifying your find. But, rest assured, you can do this, and the payoff is delicious.