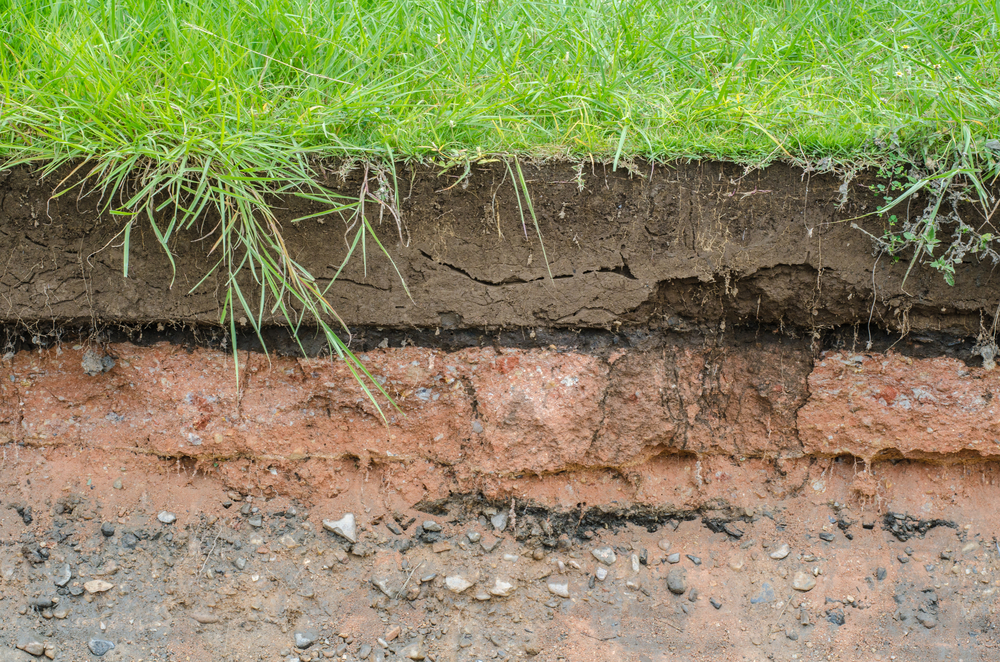 In general, soils have a few different components to be found: sand, silt, clay, organic matter, and rocks that we readily see. There are other things, such as animals, bacteria, and fungi, that live in the soil. Air, minerals, and water are also in the soil. In some form or fashion, all of these things play vital roles in creating good, fertile soil, so being aware of what’s there is valuable information.

Knowing the soil type can help with understanding draining in the garden, mineral content, growing and construction potential, and any downfalls that might need to be addressed. 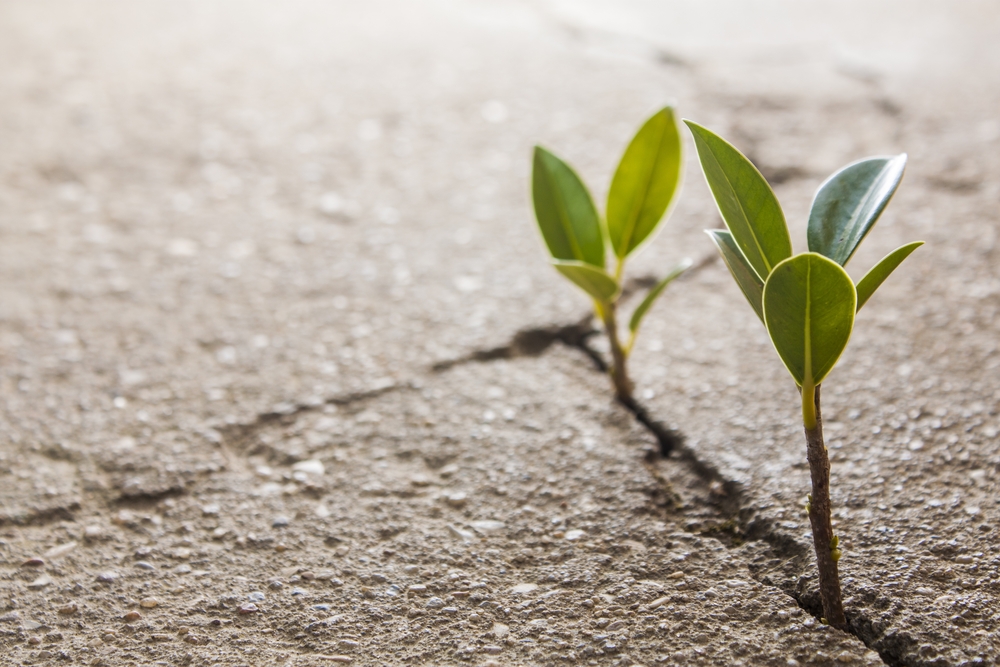 Clay, silt, and sand are more or less the crux of what soil types boil down to, and in that vein, we find the clay soil, sandy soil, or silty soil are the main three (most likely) options out there for types of soil. Loamy soil, considered the ideal gardening soil, consists of a mixture of sand (roughly 40 percent), silty (roughly 40 percent), and clay (roughly 20 percent), and it is revered for the way it holds water and nutrients. Other types of soil might be chalky, which tends to be too dry and alkaline to grow much, and peaty, which tends to be exceedingly wet and acidic.

A Google search might yield some different lists, but by and large, this is what there is to work with in terms of soil, and for the most part, that means sand, silt, and clay.

These three soil components are distinctly different in their particle size. Sand is the largest and comes in grains. Sandy soils drain quickly and, as a result, don’t retain as much nutrients for plants to absorb. Clay is the smallest of soil particles. Clay soils tend to compact easily, making them dense and loaded with nutrients and water; however, they lack air and impede young roots from growing.  Silt is the happy medium, somewhere between sand and clay. It can be quite loose and light but can also be compacted easily. Silty soils, of the three, is the most pleasing to find.

Loam — a healthy mix, offering the positives without the negatives — is the grower’s jackpot. Of course, for the more particular, there are clay loams and sandy loams as well, which simply denotes the correct ingredients with slightly skewed percentages.

Without getting too exact in our percentages, we can make some quick assessments right in the garden area. When the soil is damp (not wet), it’s possible to pinch a little between the fingers and notice the results: grainy and particulate is sandy while slimy and solid is clay. To extend the testing, we can try rolling the soil in our hands — if the soil holds together, it’s definitely got some clay content, and if it falls apart, then it’s likely over half sand. In the case of soil that holds together, if the ribbon can be held vertically without snapping, then it’s got a high clay content. 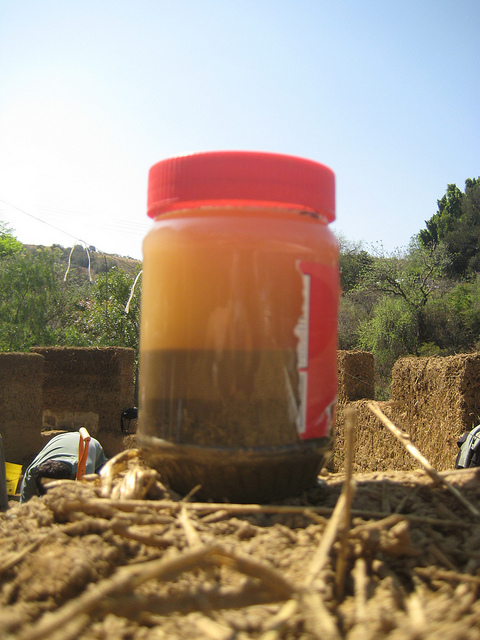 When it’s time to get a tad more precise, the jar test is the best bet. In several spots around the garden, move the organic debris from atop the earth and dig a cup or so of soil. Spread the soil onto a pan or plate, allow it to dry, then take out as much organic matter as possible, as well as rocks, pebbles, stones, and the like. After that stuff is removed, pulverize the soil into powder.

Put about an inch or two of the powdered soil into a mason jar (a quart works best) and fill the jar about two-thirds full of water. Add a pinch of salt, put the lid on, and shake it all up. Put it in a spot where it can sit undisturbed for one to six days. The different materials — sand, silt, and clay — will settle in layers. The sand settles quickly at the bottom, the smaller silt on top of that, and finally — sometimes, it takes a few days — the clay will settle.

With the distinct different layers, we can get a general idea of the soil content. It’s even possible to measure it, do some math, and get downright accurate about the whole thing.

A Bit of Advice

Whatever type of soil is present, the situation is almost always improved by adding compost and mulching. The addition of this organic matter will help with adding nutrients, retaining moisture, and keeping things a little airier. Incidentally, the same thing will often help with balancing the pH levels as well.