Permaculture and Soil: How to Follow Nature’s Lead to Grow Amazing Produce

The first garden beds I ever worked on were not only tilled relentlessly, everything turned over, laid to rest, and turned again, but also they were meticulously looked after (by me), every fallen leaf or errant blade of grass cleared away, such that the soil sat bare, clean, and for sure free of weeds. That was the way I thought real gardening was done: The soil gets chopped up, the ground is kept clean, and any weed is disposed of immediately.

A couple of years later, upon discovering permaculture, I learned to look at things differently. Truth be known, my little garden beds had been pretty successful, with a harvest of green beans, snow peas, tomatillos, and radishes that all tasted fantastic, were completely organic, and made for some nice dishes. Even so, I knew how much toil and trouble growing them had been. It was until exploring the concepts of permaculture that I understood why. 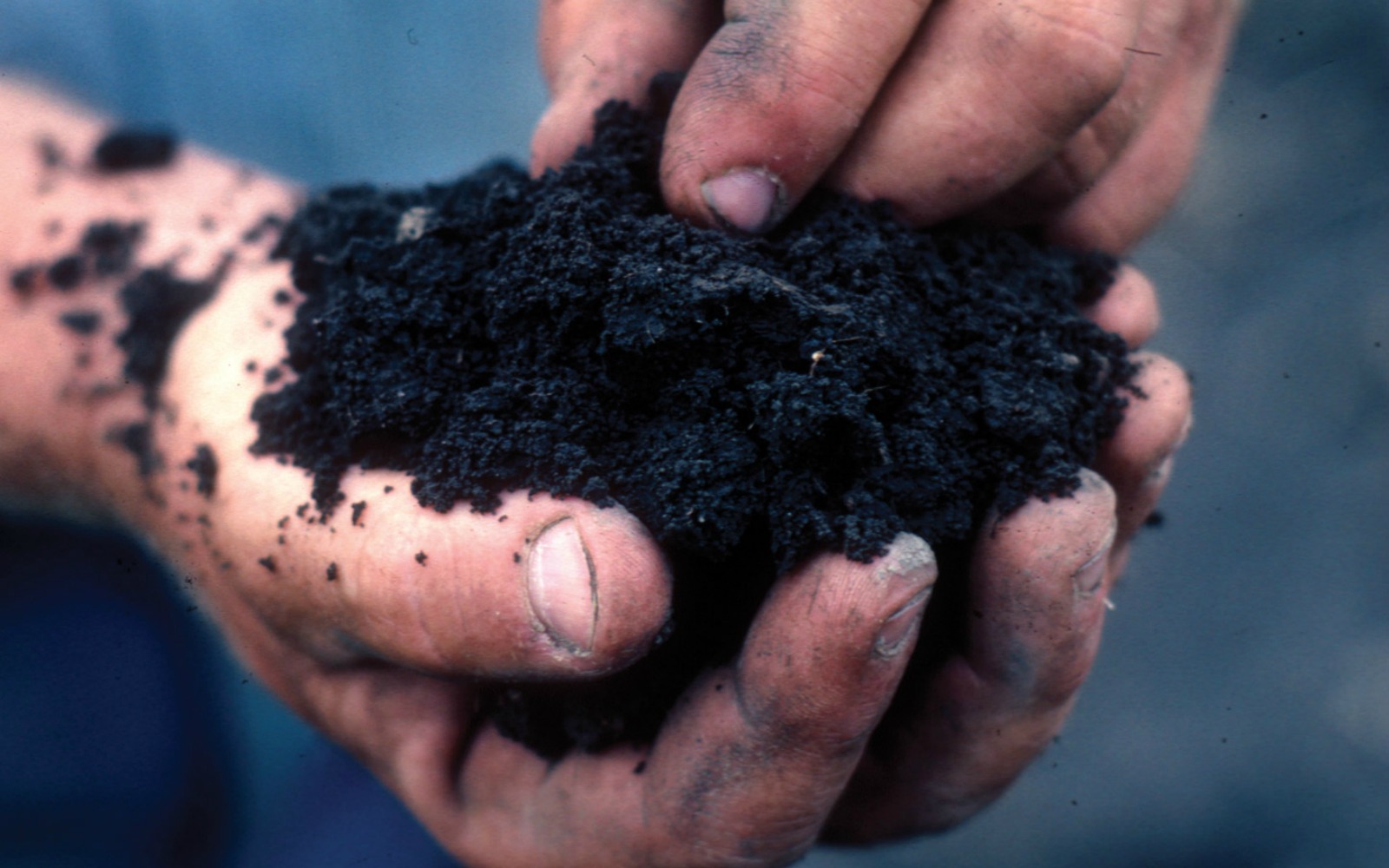 It’s a mental twist to how most of us think of gardening, but in permaculture, a garden is always first and foremost in the business of growing good soil. What this means is that, rather than needing to constantly add this or that mineral, this or that organic fertilizer, a permaculture practitioner is tending to the natural enhancement of a land’s soil rather than inundating it with rows and rows of crops to support.

Many permaculturists think of themselves as cultivators of soil as much as or more than they are farmers of crops. The practice stresses replicating nature, observing how it functions, and figuring out how to put all of those elements in place for cultivating food. Using these observations, permaculture gardens work more with nature than against it. That all starts with a foundation in good soil. 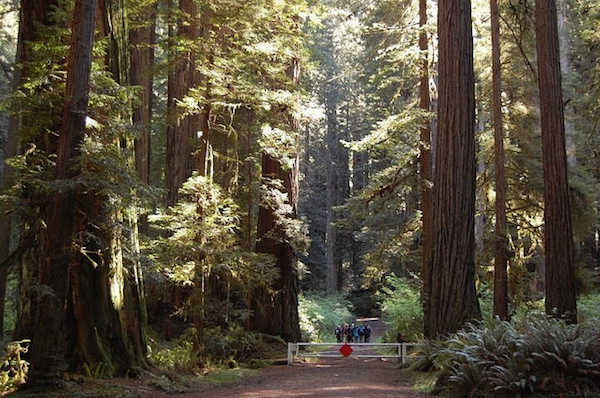 Ever consider how a forest produces more plant life than any plowed garden, ever? In a forest, things grow in close proximity, up and down, below and above, right beside one another? Vines climb trees that are surrounded by bushes with herbaceous plots of grasses dappling the forest floor, yet no one is tilling the forest every year, carefully measuring eighteen inches of space between each seed.

In nature, soil becomes crazy rich. Trees drop leaves and limbs, plants live and die, grasses grow and wilt and animals eat and defecate, all of it being left as is to decompose into rich, fertile layers of top soil. That top soil is protected from eroding, drying out in the sun, or being compacted by rain by the layer of life growing above it as well as the most recent offerings of the natural cycle of things. All of that life eventually replenishes the soil.

Within the soil itself, the earth also teems with life. Microorganisms are eating and pooping the debris that has fallen. Insects are playing out battles of territory and hunter versus hunted. Weeds are sending down long taproots that pull up nutrients from bellow. Mycelium, i.e. mushrooms, are spreading out, all of them on the mission of creating symbiotic relationships with the plants, helping the plants acquire nutrients from below while the plants feed the mushrooms from above.

The way a forest works is simply by dropping its beneficial waste products atop the whole living, working operation, providing a whole new feeding ground for soil microbes to enjoy. This means all the things that make the forest floor rich and fertile only continue to build as the forest get older. Those who adhere to permaculture are after this very thing: Increased proficiency through longevity.

Unfortunately, somewhere along the way, our agricultural practices veered way away from this idea. We are accustomed to tilling the soil, turning it over every time we plant a new crop. We weed constantly or, worse, use herbicides, a la Round-Up, because when we dig up the soil it exposes (rather than further burying) tons of dormant seeds just waiting for sun. As well, tilling soil kills many of the microbes, insects, and organism that maintain it.

On the surface, this can sometimes seem wonderful. All of the cultivated plants are filling up, sprouting fruit, veg and grain like crazy, but eventually the disappearance of that soil life and the clearing of the debris equates to nothing enriching that garden bed. Then, it has to be medicated with fertilizers, minerals and additives. Often the soil turns to dust, blows away in the wind and leaves nothing but bare, lifeless ground behind. That’s the end result. 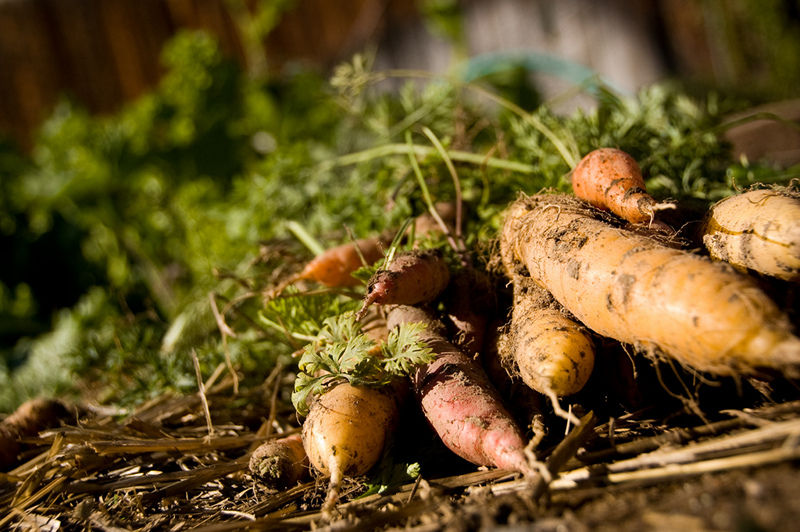 This is exactly how fertile areas, like the Fertile Crescent or the U.S. breadbasket, have either turned to deserts like we see in the Middle East or begun to as we witnessed during the Dust Bowl in the 1930s. Digging doesn’t work in the long-term because the soil never has a chance to replenish. What we need to do is figure out methods of farming that keep the soil building while we produce our food.

The amazing thing is that it is very easy to do. Digging once to shape the land is acceptable, but not always necessary. Building beds on top of existing soil keeps all the microorganisms well and working, mulching heavily means both that nutrients are constantly being replaced and that weeds are being subdued such that they don’t compete with crops. We harvest the crops, which should be a varied mixture, piling what waste is left back onto the garden bed. Ideally, a good collection of perennial plants is in the mix.

This is how nature does it. No one digs. No one replants every season. And, as the remaining forests can attest, this is what works best. As for plowing, tilling and digging, we can find the answers in the desert, where many of the world’s most fertile plots used to be.