All About Mountain Laurel and Rhododendron: Spring’s Floral Display Darlings 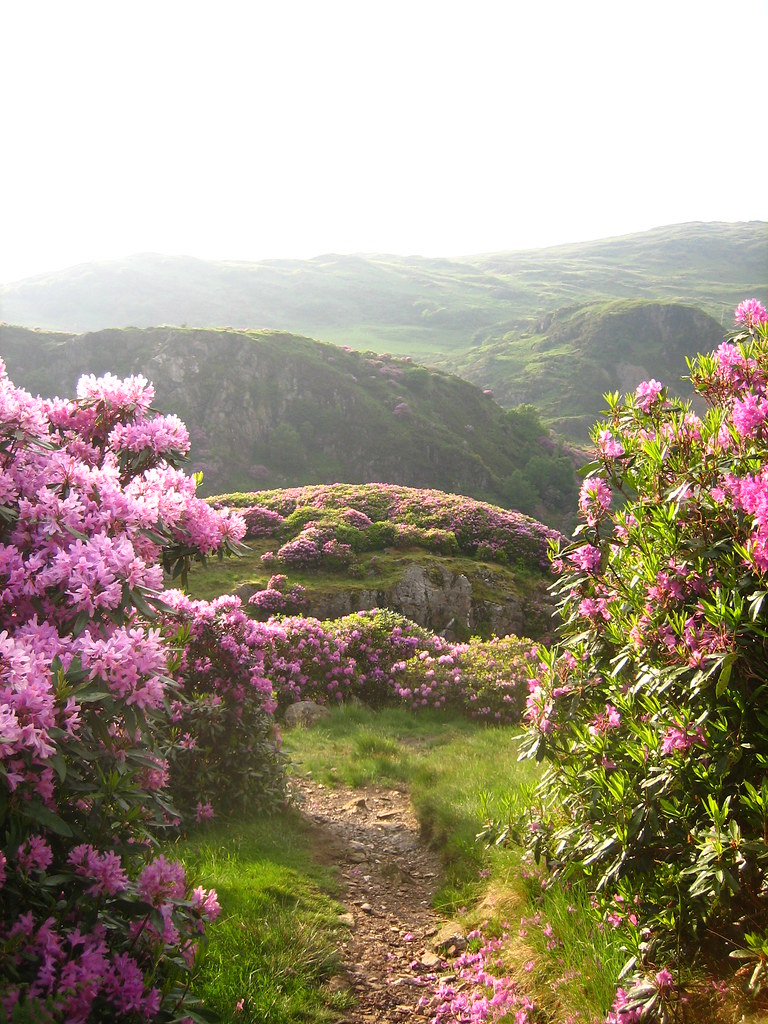 Both members of the heath family of plants (shared with blueberries, cranberries and azaleas), mountain laurels and rhododendron produce some of the most enjoyed flower blooms of the springtime, particularly in the eastern United States. Both of these shrub-like trees are prone to taking over hillsides and mountainsides and put on showy displays from April into June.

Mountain laurels are native and naturally exclusive to the forests of the eastern US, while rhododendron account for some 1,000 different species of flora native throughout the northern hemisphere. In late spring, flowering rhododendron gardens can be enjoyed from Oregon to Georgia, and mountain laurels can be enjoyed up and down the east coast from the Florida panhandle to Quebec.

In addition to being wild plants, cultivars of each are commonly found, as they are amenable to many growing zones in the continental US and make great plants for urban settings, where sunlight comes at a premium and privacy hedges are desirable. 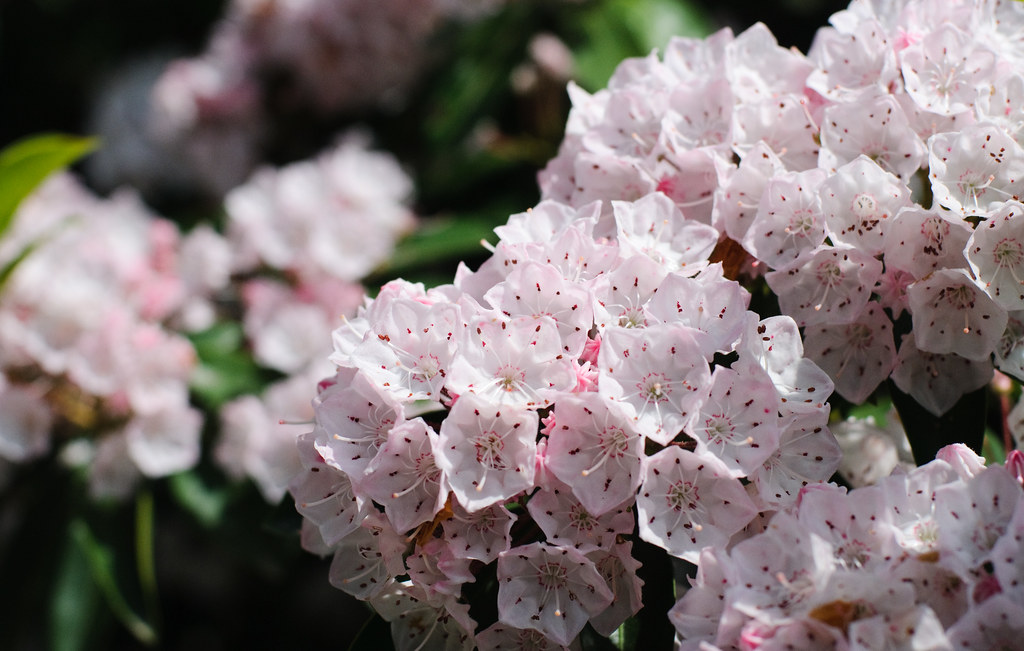 Mountain laurels (Kalmia latifolia) grow from USDA Zone 5 (New York, Vermont, New Hampshire and Maine) south to Zone 9 (Georgia, Alabama and Florida). They are native from the eastern seaboard to the Mississippi River, as well as the state flower of Connecticut and Pennsylvania. While they have fairly specific needs for growing, such as plenty of water, partial shade and acidic soil, they tend to thrive where they do grow, which is in the same spaces of rhododendron and azaleas.

Hardy evergreens, mountain laurels are beautiful plants year-round, but they are most famed for their late-spring, early-summer flowers. Typically pink or white, the blooms have dark markings of maroons and dark pinks, and the clusters are often so prominent that the branches are no longer visible. Adding to their attractiveness are uniquely shaped trunks and branches that wiggle and wind their way upward and outward. 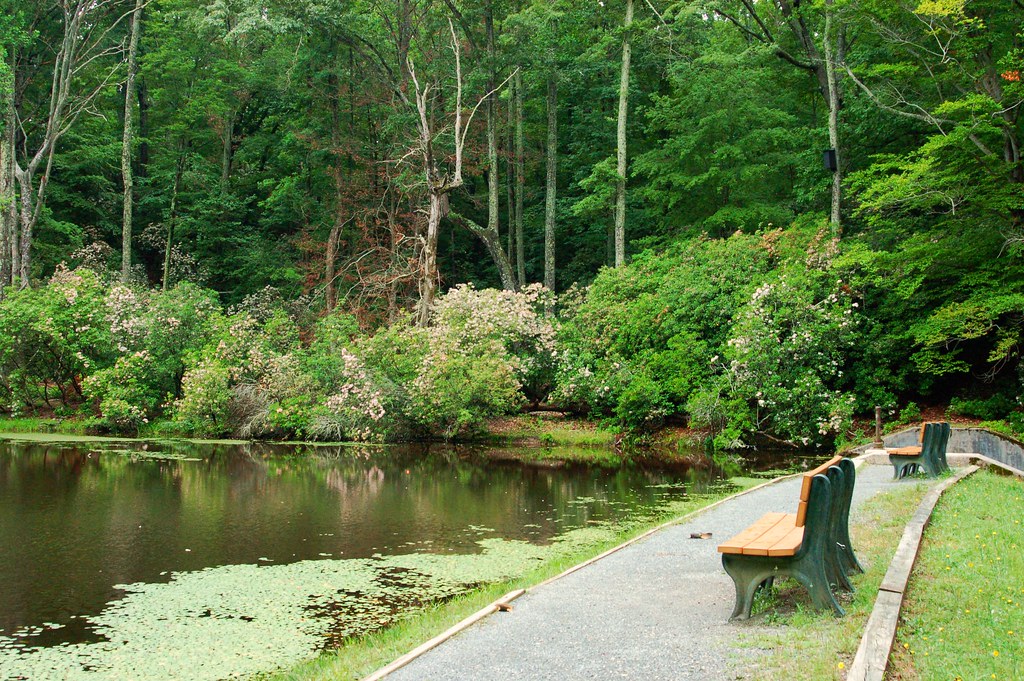 Rhododendrons (Rhododendron spp.) are actually more prominent in Asia, but they have impressive stands in the Appalachian Mountains in the US. They are also state flowers for both West Virginia and Washington, and azaleas (perhaps more famed than mountain laurels or the rhododendrons) are part of the Rhododendron genus. Rhododendrons are found between the from Greenland to Queensland and from Japan to California (the long-way round).

These shrubby trees are also often evergreen, though not as enduring as mountain laurel, and they perform best in acidic soil, dappled shade, and moist settings. Rhododendrons have wider color variations than mountain laurel, and they bloom slightly later. Cultivars of rhododendron are beloved ornamental plants. Some species have been so profilic they are considered invasives.

Being from the same family, mountain laurels and rhododendrons have a lot in common, but they are easy to distinguish from one another. 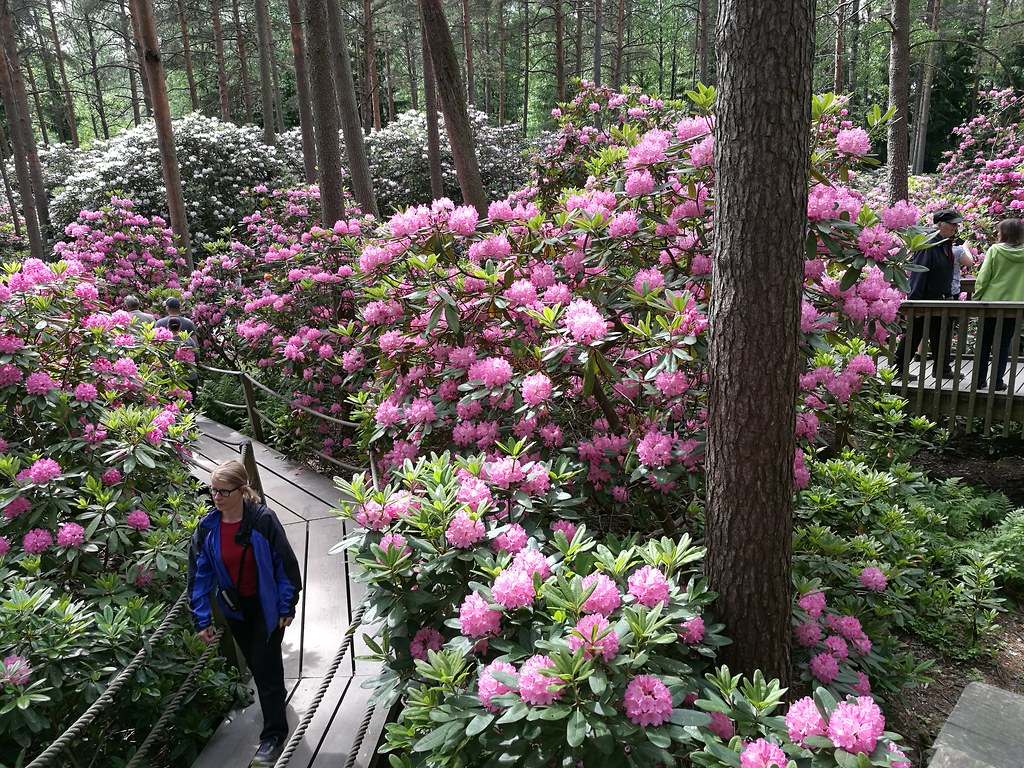 Just like autumn has colorful leaf displays in the October and November, spring puts on a vibrant flower show every April and May. It often starts with redbuds and dogwoods in the early spring, but the long-awaited annual finale is the mountain laurel and rhododendron blooms. There are plenty of places to catch the action, and here are some of the top spots:

Undoubtedly, for those on east of the Mississippi or in the Pacific Northwest, there will be somewhere nearby to witness at least one if not both of these plants in all their springtime glory. They are worth taking a drive for!