How to Grow Blueberries at Home 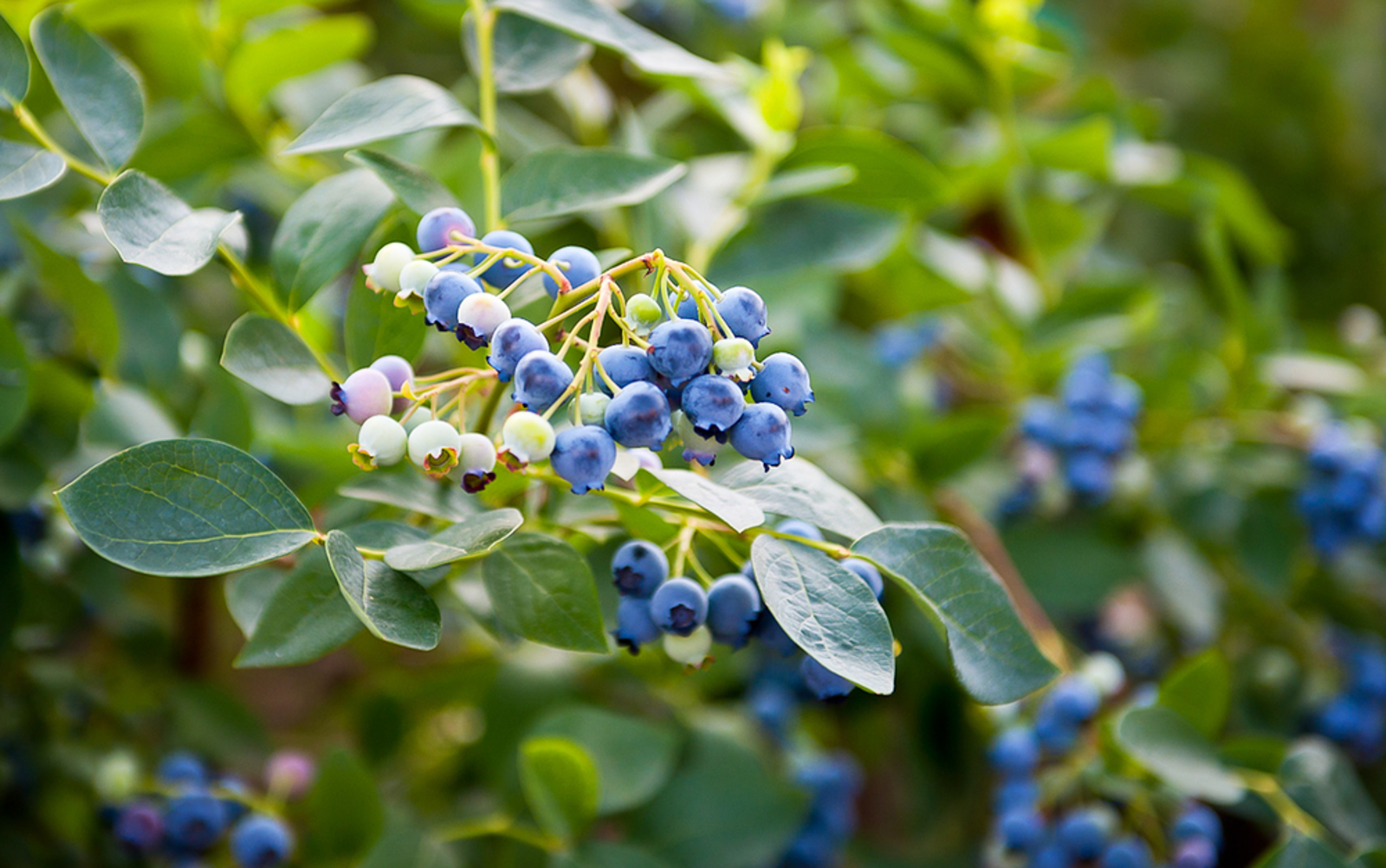 The fact that berries are crazy healthy for us is no news flash. Blueberries, in particular, are worthy of raving about. They are good for the brain, reduce the risk of cancer, help the cardiovascular system, and the list goes on. They are also a good source of vitamins and minerals. Not to mention, they are delicious and add great flavor to smoothies, pies, pancakes, and more. They even store well in the freezer.

Luckily, for those of us into producing our own food, with the right information, blueberries can be fairly easy to grow, and they are a long-lasting plant that will provide us with nutrition for years. As well, blueberries have varieties suited to all sorts of climates, from the hot and humid to frigid winters. Or, they can even be grown in containers, allowing them us to shift them around into the areas most climatically conducive to them.

Choose the Right Blueberry for Your Area

Blueberries are not all the same. Like peaches, nectarines, apples, and every other fruit, they come in a multitude of varieties, many of which have adapted to grow in certain climates. For example, lowbush blueberries are from colder regions and are compact plants that hold berries for a long time. Northern high bush blueberries dig the climate in the mountainous parts of the Eastern U.S., while southern high bush prefers their chills to be a little milder. Rabbiteye blueberries are a native plant to the Southeastern U.S. and tolerate the humidity and heat of those states. On the opposite end of the spectrum, Saskatoons can survive temperatures that dip well below freezing, into the negatives.

Pick the Right Time and Place to Plant Them 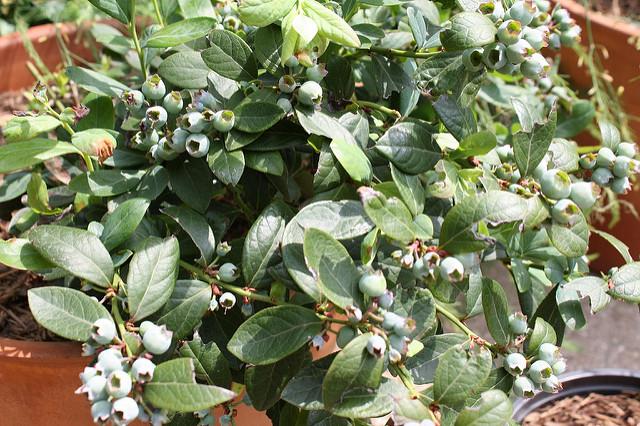 In general, blueberries respond best when they are planted in the late winter/early spring, while the mornings still have frost. Blueberries require a little time to get their roots established before temperatures escalate in the summer. Even a plant started in a container should be put in the soil in time for the roots to adjust before the summer swelter takes over.

Then, there is choosing the right spot. That begins with sunshine. Go with a sunny place if possible. Beyond that, as most plants do, blueberries like well-drained soil, such as found in container gardens or raised beds.  The young plants also demand a lot of organic matter to feed on, and they are particular to acidic stuff. Soil between pH 5.5 and 6.0 is the ideal. Above 6.0 will probably require some serious amending. The spacing depends on the varietal, with lowbush somewhere around 12 inches and Saskatoon up to 12 feet apart.

A Little Bit about the Soil Being More Acidic

Most plants grow will in soils with pH levels between 6.0 and 7.0, which is slightly acidic, but blueberries like a bit more punishment (to each plant its own). Elemental sulfur is used by many organic gardeners to help make their soil more acidic. Other good options are shredding up oak leaves or pine needles and mix them into that thick layer of organic matter that young blueberries need. Sphagnum peat moss also helps with acidity, but it is not the greenest of solutions.  A rather peculiar option is to make a very diluted mixture of vinegar and water, about two tablespoons per gallon, for watering the plants, a technique said to work well for container blueberries. In general, the level of acidity blueberries like takes a conscious effort from the grower.

Other edible plants that like highly acidic soil include sweet potatoes, potatoes, peppers, parsley, and rhubarb for the vegetables and cranberries, currants, elderberries and gooseberries for the fruits. Think about making a garden guild by mixing some of these plants in the same bed. 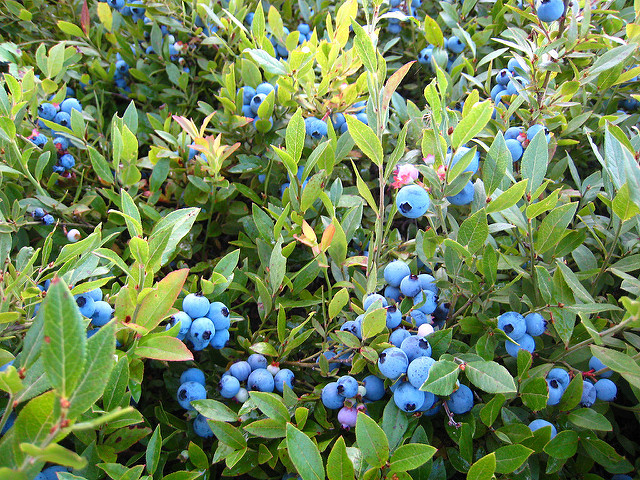 Before we go on, we should probably note that blueberries are not entirely self-fertile, so when planting them, it’s good to have three or more plants around for the birds and the bees type stuff. During the first year, however, it’s best to pick off the flowers so that the plants put all their energy into establishing themselves rather than fruiting and flirting. Also, especially at the beginning, keep the plants mulched well, at least two inches deep, then toss in a little compost or compost tea (add some acidity to it if possible) as summer starts to close.

Pruning the plants correctly is the other important element to growing blueberries at home. The idea is to keep the number of canes balanced, new to old. Healthy plants will produce at least one new cane a year. To prune away old canes, cut them off at ground level. This helps to keep the plants, especially the highbush, at a manageable height and to create larger berries. Snipping the tips off of new canes will encourage them to branch out more, creating more area for berry production.

Of course, the point of all this acidic soil production and pruning is to pick some blueberries to eat. The best way to do that is to let them turn blue on the plant, and they can stay there for a few days to develop fully. It’s as simple as that. When the blueberry is blue, it is ready to be eaten. And, they are so worth the effort.