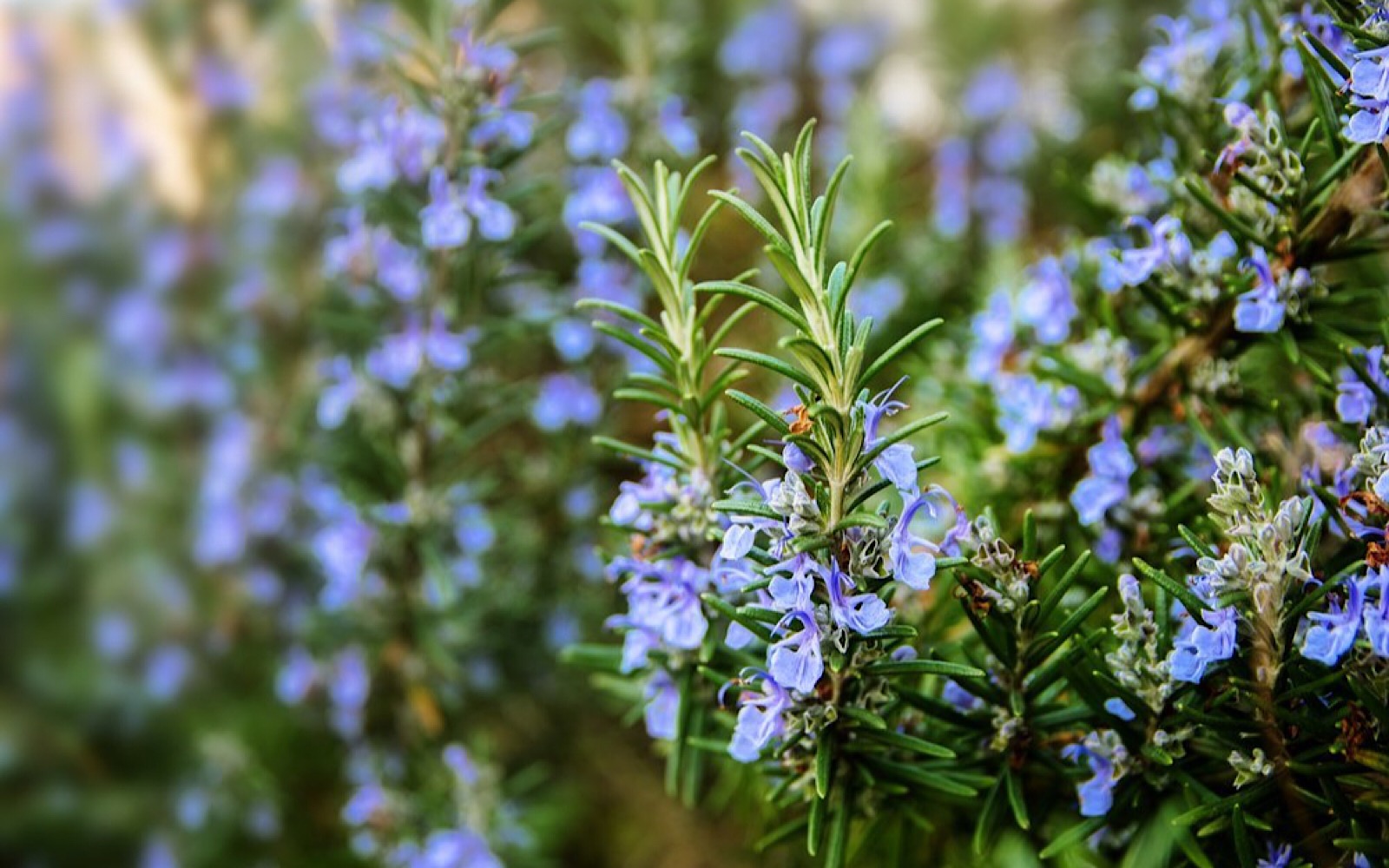 As the winter draws near, many plants — deciduous, they call them — drop their leaves and, until next spring, remain stick-like statuettes of themselves. But, there are some plants that endure and hold on to their leaves regardless of the season. In the depths of winter, they stand tall and green; they are the evergreens.

Amongst the towering evergreens, the pines and spruces and hemlocks, are a brave bunch of herbs that keep their leaves about them throughout the wintertime. Not only can these valiant herbs keep some color in the garden, but they can even continue to provide flavorful additions to meals and aromatic wafts to the air. Plus, herbs have plenty of nutritional and medicinal qualities to aid us through cold and flu season.

Whatever your reasons may be, evergreen herbs are worthy of including in both vegetable and ornamental garden beds. They’ll keep things green and productive throughout the year. 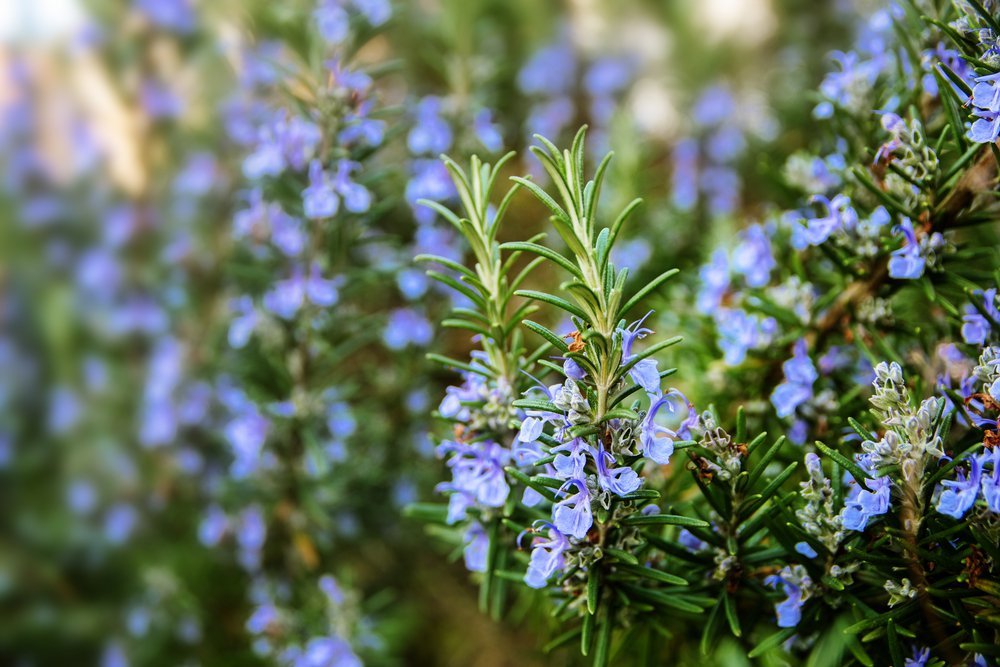 Rosemary is one of the most beloved culinary herbs, especially when paired with some roasted potatoes. It’s also a beautiful plant that can survive just about anywhere. Like many other Mediterranean herbs, rosemary prefers a good draining soil that’ll prevent the roots from getting waterlogged. In areas that drop well below freezing, it might be worth growing rosemary in a terra cotta pot that can be brought inside during the chilliest months.

Lavender will grow in USDA Zone 5, but as the zones get a little warmer, it begins to thrive. It’s possible to grow a full-on lavender hedge. It likes full sun and is really drought-resistant. Like rosemary, it doesn’t like to have too much water on its roots. It will also do well in a pot that can be brought in if the weather gets too harsh. Lavender likes a good pruning in the spring, and it will provide soothing aromas wherever it is. 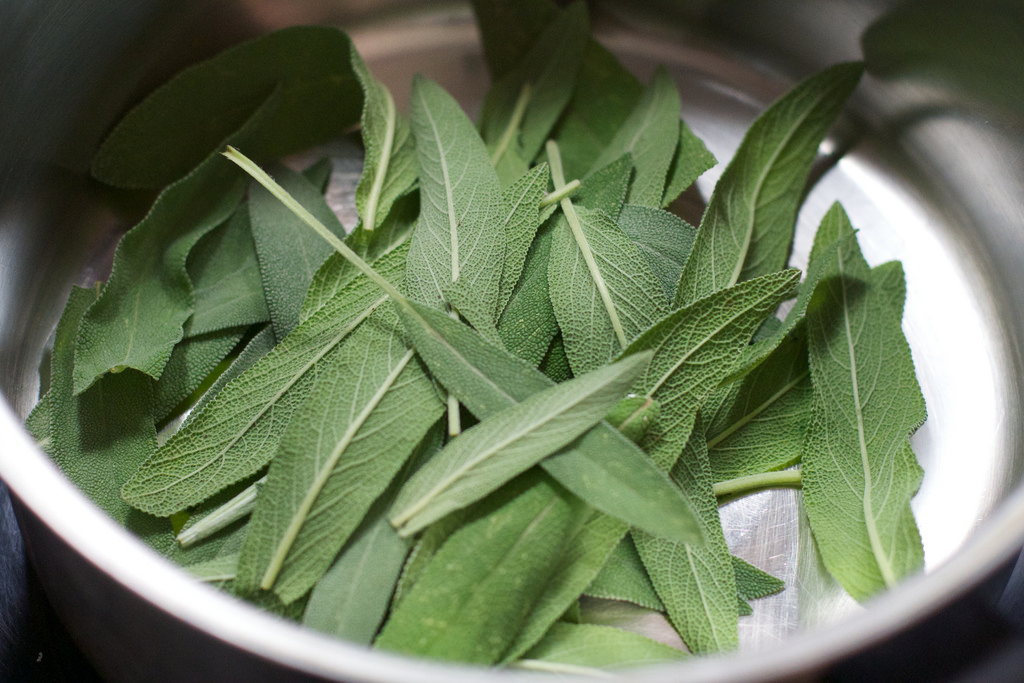 At a time when stuffing often features on menus, sage is an extremely useful culinary herb to have around. It has the power to make a dish into something remarkable. It’s also a great addition to the garden. Sage is a tough perennial and can survive temperatures far below freezing. Again, just give it some well-draining soil and plenty of sunshine. Sage also has beautiful, bee-attracting flowers in the summer.

Another oft-used culinary spice, whatever time of year, is thyme, and it, too, is a survivor. Unlike these other herbs, however, thyme is renown as an excellent groundcover, laying low to the soil and spreading out over areas. This means it can actually be used in place of grass, as a low-maintenance and beautiful yard. There are many varieties to choose from, but not many groundcover thymes are used for cooking. The culinary species aren’t groundcovers.

Bay leaf gets overlooked a lot in the kitchen, but when it comes to a pot of soup or beans, a couple of bay leaves can really raise the bar on what’s simmering away. Yet another Mediterranean plant, bay leaf is considered either a large shrub or a small tree. It likes similar growing conditions to rosemary, and It also grows well in pots because it develops slowly. It’ll definitely need to be sheltered from the extreme cold. 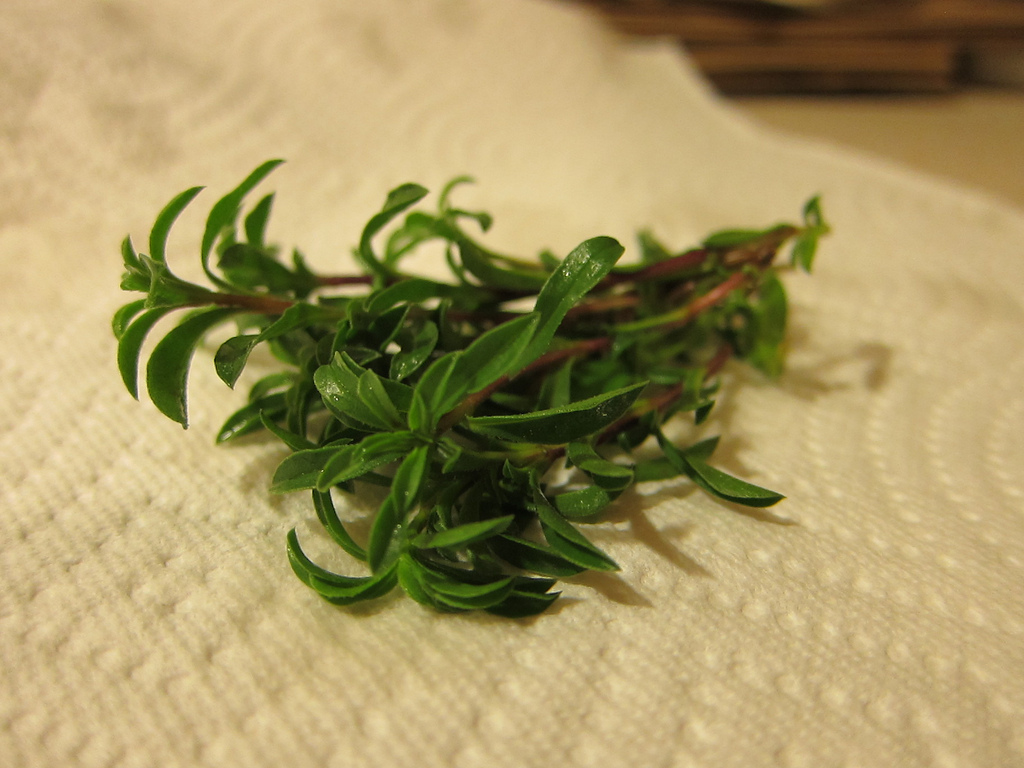 Summer savory is grown as an annual herb grown in the summertime, and winter savory is a perennial herb that stays green in the winter. Savory has a peppery flavor and is often added to dishes in lieu of salt and pepper. Besides cooking, savory leaves are also revered for their scent and added to potpourris. The plants go dormant in the winter and put out new growth in spring. Keep them pruned to prevent them from becoming woody.

Technically, parsley is not an evergreen, but it is cold hardy and has been known to stay green throughout the winter. Parsley is a biennial plant, meaning its life cycle takes two years to complete. The reason most people don’t overwinter it, however, is that it will bolt the following summer and become bitter. But, if winter herbs are what we are after, parsley is a viable option across most of the U.S.

Seven herbs for the winter make for a bouquet, a wonderful color palette, and some great flavors. In the right conditions with well-draining soil and plenty of sun, they will add something special to the garden, year-round.