8 Reasons to Include Rosemary in the Garden

Growing food at home is much more than vegetables alone. Culinary herbs are not only one of the easy crops to cultivate, but they improve the flavor, as well as the nutritional content of the dishes we cook. What’s more is culinary herbs have tremendous functional quality within gardens, as well as medicinal qualities, especially preventative measures, within our bodies. Dried or fresh, if we are producing herbs in the garden, we have easy access to them for much less cost.

Rosemary is a familiar culinary herb, one that pairs particularly well with potatoes and artisanal bread. It also often works its way into holiday dishes, like stuffing or gravy, and those with rosemary plants at their disposal regularly use it as an air freshener or home decoration. Along with basil, oregano, thyme and mint, rosemary is nearly a standard in even the most rudimentary herb and spice cabinets, so it only makes sense that we include it in our home gardens.

But, there are so many more reasons…

Rosemary performs well in the kitchen, and a little bit can go along way to elevate dishes. It pairs particularly well with starches and works wonders on squashes and stews. Inventive mixologists also utilize it in drinks, like lemonade, and innovative chefs have accented with it in desserts.

In addition to enhancing the flavor of many of our favorite dishes, rosemary also delivers a wallop of health benefits. Like most culinary herbs, rosemary is loaded with anti-oxidants and vitamins, and it contains natural compounds that are anti-inflammatory and anti-septic. It is also a notable source of minerals, such iron, potassium, manganese, copper, magnesium and potassium.

Perennial plants are great additions to food gardens because they can provide food but don’t require that we cultivate them year in and year out. Many culinary herbs are perennials, and rosemary is most certainly one of those. Other advantages to having perennial plants is that they help to stabilize soils and feed soil life, and they prevent gardens from looking empty when the annual crops have been removed. 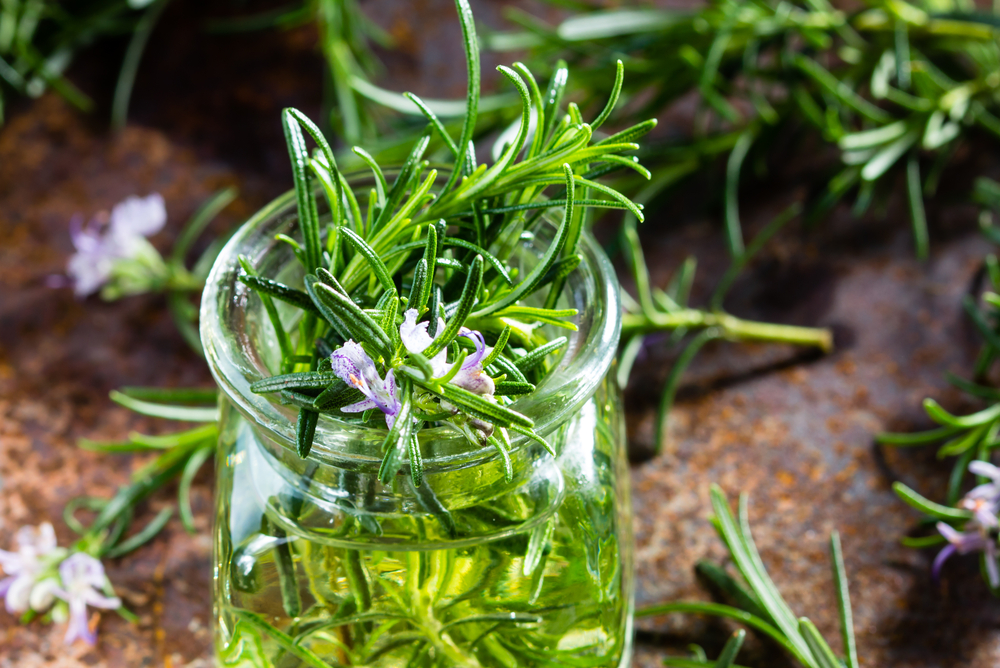 Rosemary has a very distinct and powerful aroma, one that we readily identify in cooking and often in air freshening. Within aromatherapy circles, the scent of rosemary is known for being stimulating, helping sniffers remain alert and retain memory. In direct contrast, rosemary is also known to have relaxing effects that decreases stress levels.

Once again, culinary herbs can be somewhat lumped together in that nearly all of them are great for pest control in the garden. Rosemary is particularly powerful because of its aroma, which distracts pests from finding the plants that they want. Essentially, the more smells we can add to our garden, the more confusing it is for pests to hone in on specific plants.

While pests are being confused by rosemary, beneficial insects and animals, such as hummingbirds and bees are attracted to rosemary when it is in bloom. Rosemary flowers in late winter/early spring, which means it provides pollen when not many other plants are. This makes it attractive to wildlife looking for an early start.

Rosemary is native to the Mediterranean climate, which is why we find it so often in Italian food, but as gardeners, this tells us that it is able to sustain itself in a climate without an abundance of rain. It grows very well in Southern California, but for those of us not in this climate or one’s like it, it can make a low-maintenance pot plant or easily cared for garden addition. 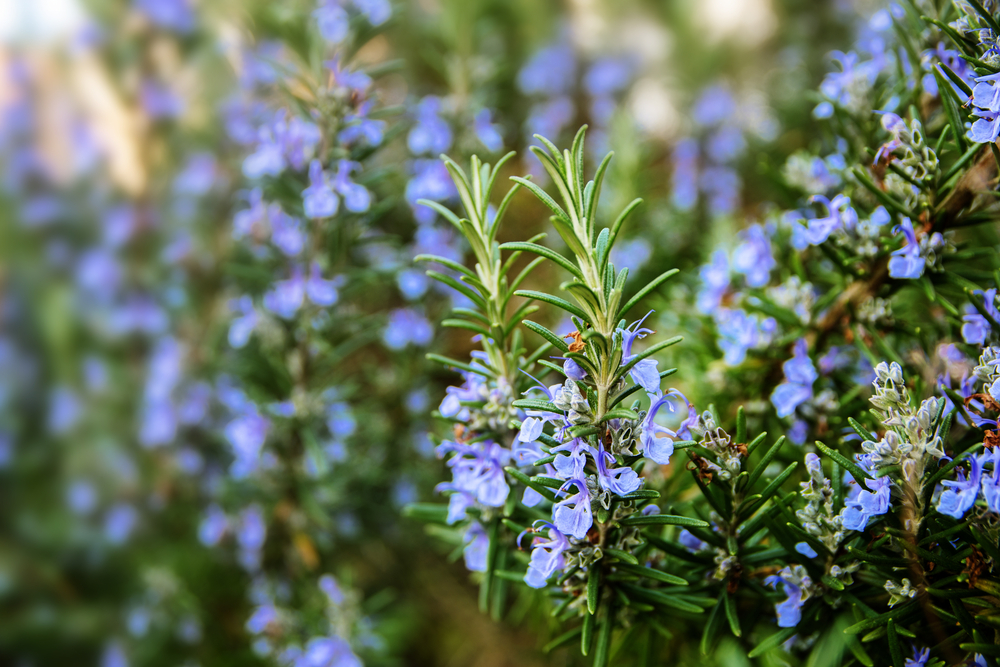 Rosemary is more or less a desert plant, hence the drought resistance, but that also indicates that it can handle both hot and cold temperatures well. Deserts have the reputation for being hot, so rosemary’s ability to withstand sizzling conditions should be no surprise. On the other hand, deserts are also notoriously cold at night, when the sun stops baking them, so rosemary is remarkably resistant to cold weather, well below freezing, as well.

All of these benefits come without even acknowledging that rosemary is a beautiful, evergreen plant that will keep the garden looking good year-round. It comes in both upright and creeping varieties, making it available for hedges or hanging over garden walls. It’s a great addition for both aesthetic and culinary gardens. Now would be a great time to get one going.