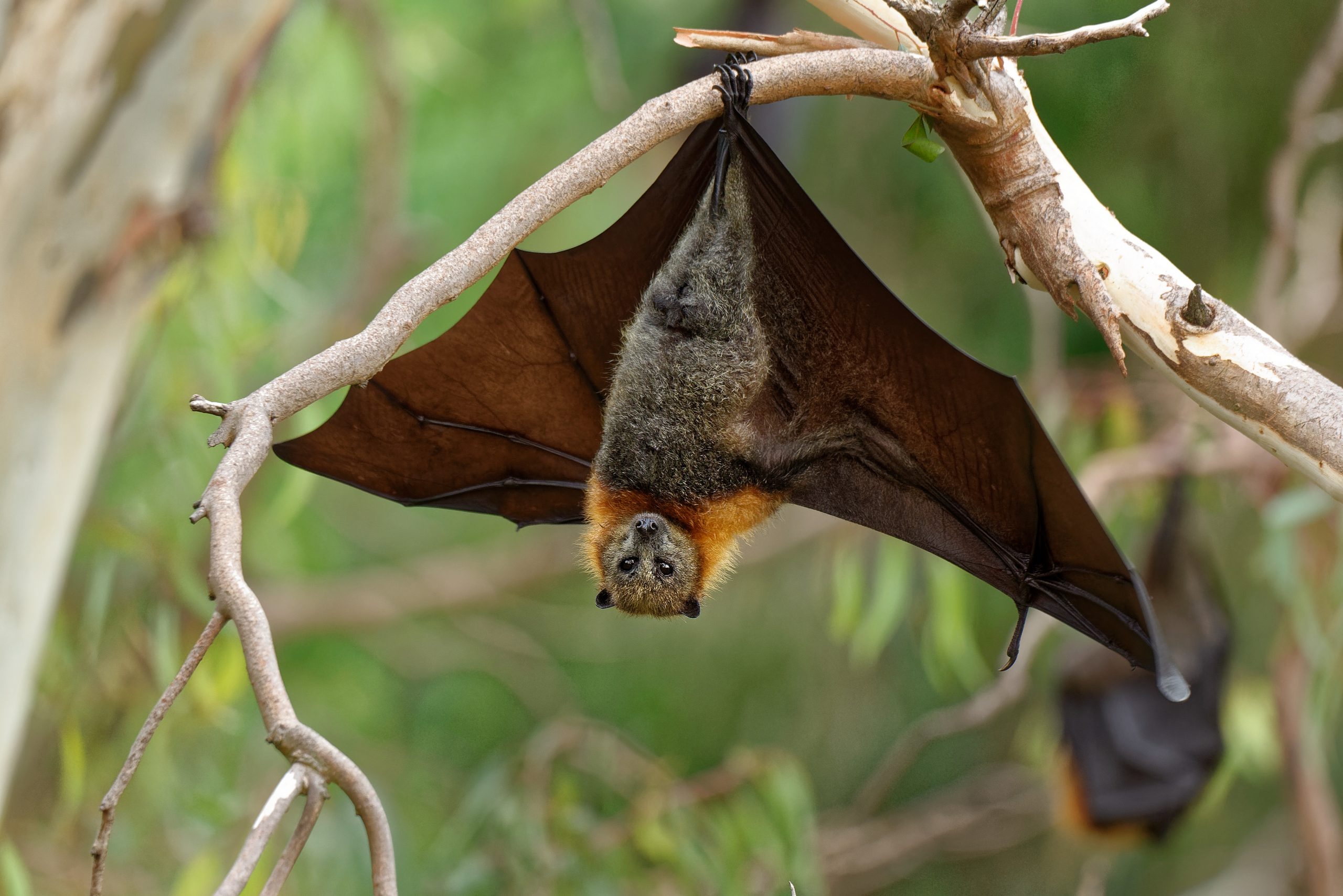 From a distance, they may resemble spooky reptilian birds, but up close, bats hanging from tree branches wrapped up in their wings look like upside-down hamsters in tiny sleeping bags. Their small pointy ears, curious, bright eyes, and tiny puppy-like noses make bats incredibly cute. If you don’t believe us, this delightful video showing baby bats being tucked into pocket-sized blankets is sure to make you change your mind.

Besides being adorable, bats also play a vital role in their ecosystems. They play an active part in pollinating plants and dispersing seeds as well as controlling insect pest populations. Their presence in every continent — bar Antarctica — promotes biodiversity as various bat species are found in diverse environments, from dry deserts to tropical rainforests.

While popular culture depicts bats as terrifying creatures of the night, their existence is nothing but beneficial to us and our planet. The simple fact that they are nocturnal has various advantages that range from pollinating certain types of cacti whose flowers only bloom at nighttime to eating their body weight in insects that destroy crops during the night.

Considering the fact that the survival of bats is increasingly threatened by disease, pesticides, and wind turbines, — not to mention the destruction of their habitats — it is crucial for people to realize the ecological significance of these cute winged creatures. More than ever, it is vitally important to spread awareness of the numerous benefits of keeping bats around. 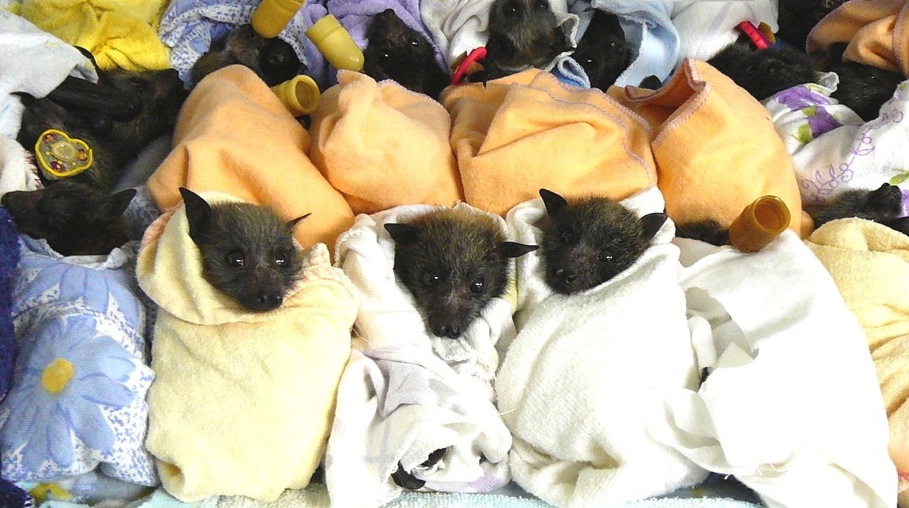 Ensuring the Survival of Plants

Bats are crucial pollinators for a large number of plants, especially many flowering plants that do not have the ability to reproduce otherwise. This occurs when bats drink nectar from various flowers, transferring pollen from plant to plant.

Some 300 species of fruit-bearing plants are preferential to bat pollination, with popular examples including bananas, peaches, guavas, and mangoes. Without bats, the ability of these particular plants to reproduce would be halved. Others, such as the agave plant, fully depend on bats to pollinate them.

Bats’ droppings, or guano, also play a significant part in seed dispersal. They help to restore forests and disperse the seeds of popular plants such as those bearing avocados, figs, cashews, and dates. Their migrations ensure the spread of these plants across vast distances.

Another eco-service rendered by bats is controlling the swarms of mosquitoes that spread fatal diseases such as dengue and malaria. Bats also feast off the insects that destroy farmers’ crops. Insect-eating bats can eat the equivalent of their body weight in bugs in one night. In one particular bat barn in Florida which houses around 300,000 bats, it is estimated that the flying mammals consume 2,500 pounds or 2.5 billion insects every night. Other estimates report that a brown bat — which is as small as a human thumb — can eat around 600 mosquitoes per hour.

Just by going about their business, these bats effectively control pest populations and thus not only protect crops from the damage hungry insect swarms cause but also reduce the need for pesticides. In doing so, bats save American farmers huge sums: with estimates on the lower end reporting $3.7 billion dollars saved per year. 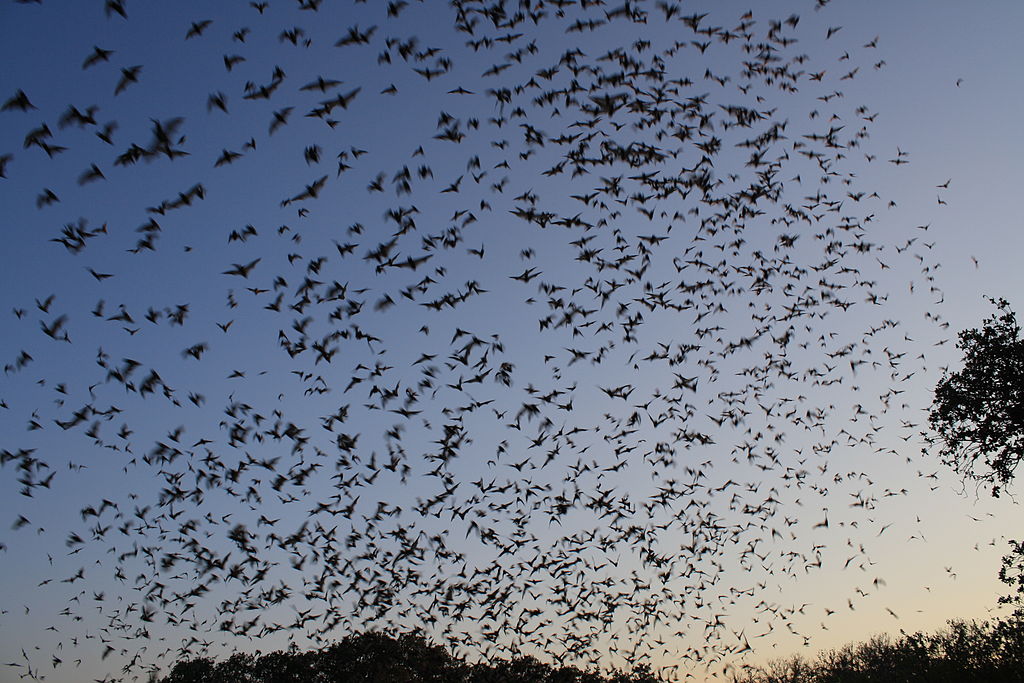 As with many wildlife species, bats are threatened by habitat loss for human development. Our widespread use of pesticides also harms them two-fold: by decreasing the number of insects around for them to feed on and by being directly harmful to their health.

However, the two main threats to bats are currently wind turbines — with one study estimating that over 600,000 bats were killed by wind turbines in 2012 alone — and a deadly disease called white-nose syndrome.

Named in reference to the white fungus that infects bats’ muzzles, ears, and wings, this fatal epidemic affects the immune system of hibernating bats, killing them before they even wake up for the spring.

Millions of bats have succumbed to white-nose syndrome since it was first discovered in 2006 in a popular tourist cave in upstate New York. One research paper describes it as “the most devastating epizootic wildlife disease of mammals in history.” It has spread across the United States and into Canada and has wiped out up to 90 percent of certain bat species in some colonies. Six North American bat species are currently known to be affected.

Of particular concern are the Indiana bat and the gray bat, as well as the little brown bat — one of the most common bats in North America — which may well be extinct by 2026 according to one study.

The fungal disease exists in European bats but does not kill them. Because its first incidence in the United States occurred in a cave with high tourist traffic, scientists suspect that white-nose syndrome was brought to the U.S. on a traveler’s clothing or gear.

How You Can Help Bats

Alongside making sure not to use pesticides on your plants, you can make your garden bat-friendly by creating a pond and planting night-scented flowers to attract moths and mosquitoes for the bats to feed on. Buying or building a bat house or box is also helpful. You may also consider donating to organizations such as Bat Conservation International, Save The Bats or Save Our Bats, amongst others. These organizations are working hard to restrict access to caves hosting hibernating bats as well as to find a cure for white-nose syndrome. According to Katie Gillies, a conservation biologist with Bat Conservation International, “there is no way to save our bats from white-nose without intervention.” With bats having only one to two pups per year, it could take hundreds of years for the bat population to rebound to pre-white-nose syndrome rates and many bat species would succumb entirely to the disease.

Finally, educating others around us about the vital significance of bats is a must. Most people do not realize the extent to which these seemingly innocuous winged creatures of the night are crucial to our survival. In doing so, you’d be joining celebrities such as Ben Affleck and Amy Adams, who are already speaking up for bats. These creatures are more than just cute critters; they’re a crucial key to our survival.