Extinction is Forever: Why We Need to Change Our Consumption Habits to Save Animals 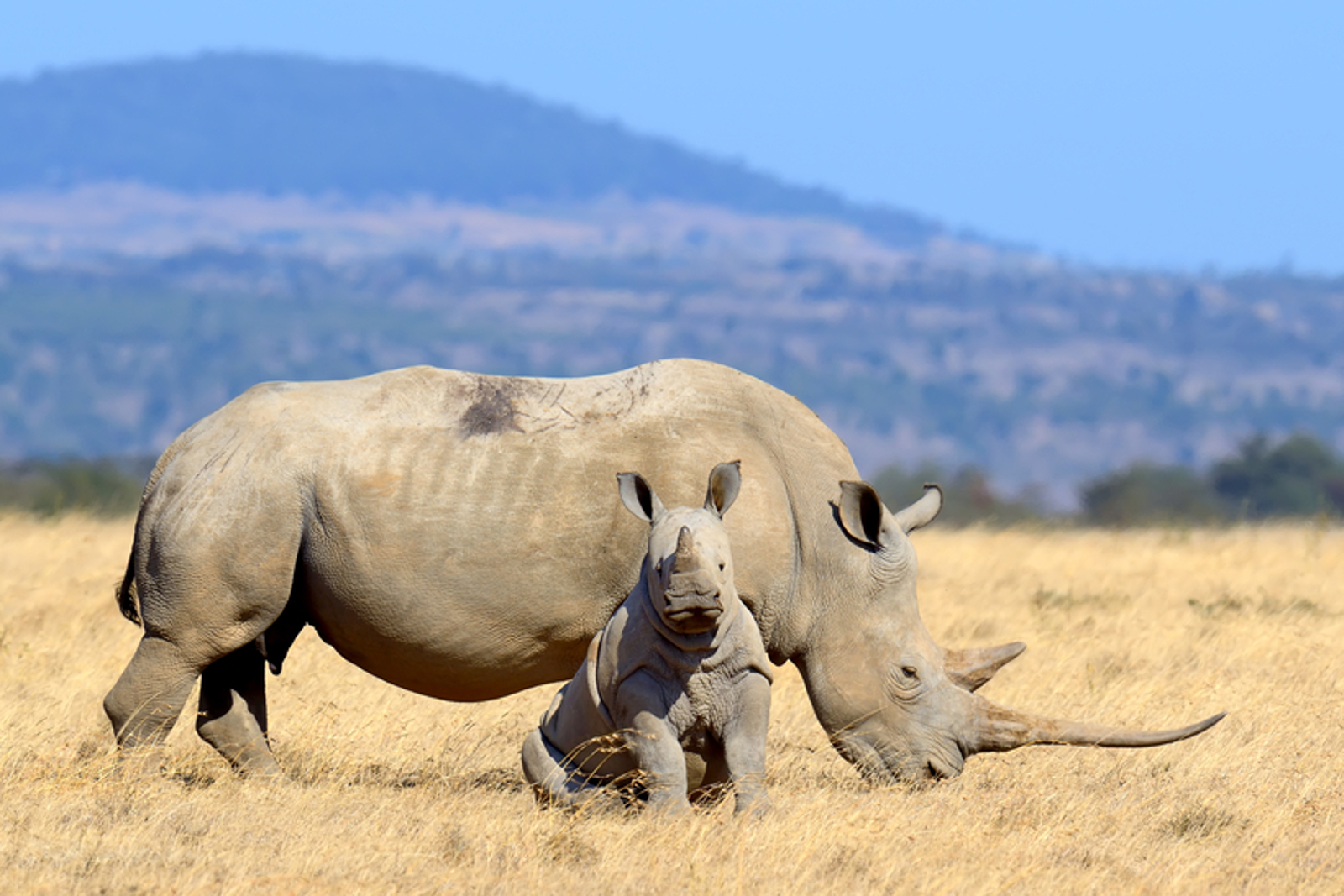 I recently spoke at the “March Against Extinction” event in Los Angeles as a way to call attention to how our diets, behaviors, and choices influence whether or not a particular species survives.  While our individual choices represent a vote with our wallet, it is the policies and laws in various countries surrounding conservation, climate change, and agriculture that frequently play the larger role.

How Our Actions Impact Animals 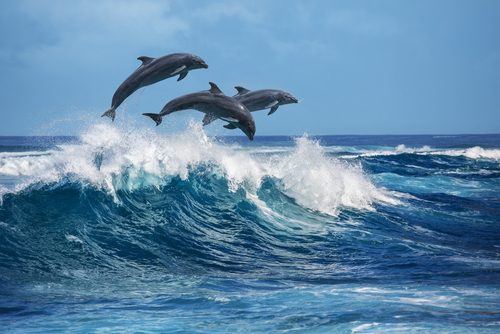 Right now in Taiji, Japan, dolphin hunts are underway. Every day from September 1 until March 1, dolphin hunters go out to the ocean and search for innocent dolphins, either to sell to amusement parks for hundreds of thousands of dollars, or to slaughter for “human consumption,” Yet, it is well known that dolphin meat has toxic levels of mercury, PCBs, and other chemicals; making this both a public-health and animal-rights issue.

The cruelty and injustice of these hunts cannot be understated.  The demand for these dolphins comes from amusement parks around the world who want to “show off” dolphins and their “little tricks.”  What’s more, dolphins are viewed as pests, competition for the fish that the world has overfished and removed from the oceans.

In sum: We take their fish, we make them toxic with chemicals that WE have dumped into their oceans, and then we blame them, and brutalize them.

These hunts, by the way, are sanctioned by the Japanese government.

Similarly, in the Faroe Islands, pilot whale hunts are similarly sanctioned, and while these whales are not sold to amusement parks, they are murdered for sport, for fun, and in a gratuitous display of domination.

In the Solomon Islands, dolphins are captured and hunted; both for their teeth, a native, cultural tradition, but also for amusement parks.

We know dolphins are super intelligent. We know they have conversations, and family structures, and are essentially the “humans of the sea.” Yet, despite this evidence, animals, such as dolphins, are held to a higher standard than humans.  Watching two humans speak in a language you don’t understand, you would never question if they are having a conversation. You would understand that of course they are. But, because a dolphin is not a “person,” some scientists question the validity of their “conversations.”

And That’s Not Where it Stops… 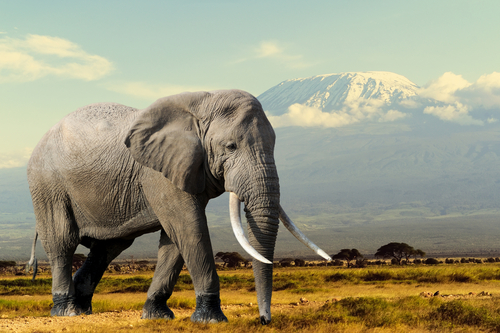 In Africa and Asia, elephants are brutally murdered for two large teeth, or because they encroach on a growing human population’s property. Elephants are maimed, hacked, and disrespected in every sense of the word.

For rhinoceros, it is as egregious.  Someone, in some culture years ago, held a belief that the rhinoceros horn was an aphrodisiac or had some medicinal power. To this day, over 1,000 rhinos are killed each year, for an appendage that weighs probably less than one percent of their entire body weight, and is made of the same material as our fingernails.  With fewer than 25,000 rhinos left on earth, I only have one thing to say, “eat your own damn fingernails.”

In 2015-16, the Japanese illegally went whaling in the Southern Ocean, for minke whales.  Of the 333 whales they killed for “research,” more than 200 of them were pregnant females.  It seems awfully convenient, that they would seek out so many pregnant females. This is not science.  And the International Court of Justice deemed these actions as illegal and egregiously lacking in science.

Pangolins, the most heavily trafficked mammal on the planet is killed both for its meat and scales.  But, the Pangolin has no defense mechanism, it rolls into a little ball when threatened.  Like the rhino, someone started to believe that the Pangolin scales had some medicinal properties.  And, just like the rhino horn, the pangolin scales, are made of the same material as your fingernails.

Tens of millions of sharks each year are brought onto the ship decks, where they have their fins cut off while they’re still alive.  Their broken and battered bodies are thrown back into the sea to drown and suffocate a painful death, all in the name of a soup that tastes like nothing according to chef Gordon Ramsay.

We’re Running Out of Time

Humans irreparably damage our world’s ecosystems, the very foundation of life on earth.  As Elizabeth Kolbert says, we are at a turning point, now.  The IUCN world Congress recently met in in Hawaii, discussing the fate of many of these animals.  The conference of the parties (CITES), has been meeting in South Africa, since September 24th, to further discuss the “trading-fate” of a myriad of endangered species.

It astounds me, how humans think we have a right to decide the fate of these animals.  How we possibly have so much hubris, pride, and naïveté is beyond my ability to comprehend.  These animals have existed much longer than we have. We are the new kids on the block, the new neighbors, and we have been destructive.  I fear that we won’t really understand it until it’s all gone.

As I sit here every day and watch the destruction unfold, I can’t help but feel angry, sad, deceived, disappointed in governments all around the world. In the lack of political will to do the right things.

Extinction is forever. There is no bringing an animal back once it’s gone.

So, while I’ve been asked to address how we can mitigate these issues with our diet and behaviors and will always advocate for a plant-based diet, one that protects habitat and wildlife globally, I must also educate people to the fact that diet alone is not the solution; it is a start.  For even certain plant-based foods have demonstrated the ability to be destructive to species. For example, certain avocado plantations in Mexico threaten the lives of Monarch butterflies who live there at various times of the year, and palm-oil plantations threaten the lives of orangutans in Borneo.

Yes, our individual actions are critical for setting an example for others.  But, we need political will, we need governments to step up to the plate.  We need stronger sanctions for those who disobey the law, and we need to protect the unique wildlife that exists on our one and only planet.

I call on any and every advocacy group, any and every celebrity, anyone who has any sway, to make your voice part of ours. To advocate, and activate, to harness the power you have to help species in need.

The sadness I feel in my heart for all these animals, lives lost, cannot be expressed in words.  I try to stay hopeful that people, governments, society-at-large will do the right thing, and protect our beautiful planet, and its species, before it’s too late.

Please consider writing to the IUCN world Congress urging them to put stronger protections in place for all these endangered species.  Check out  “March Against Extinction” events and urge CITES to work on preventing species loss.

Join One Green Planet’s #EatForThePlanet campaign to start using your food choices for the benefit of animals and the environment.

Please consider urging your local news stations, newspapers, and other media outlets to run stories on these issues. More people need to be made aware.

Because it doesn’t matter what you know, if you don’t get the message out.