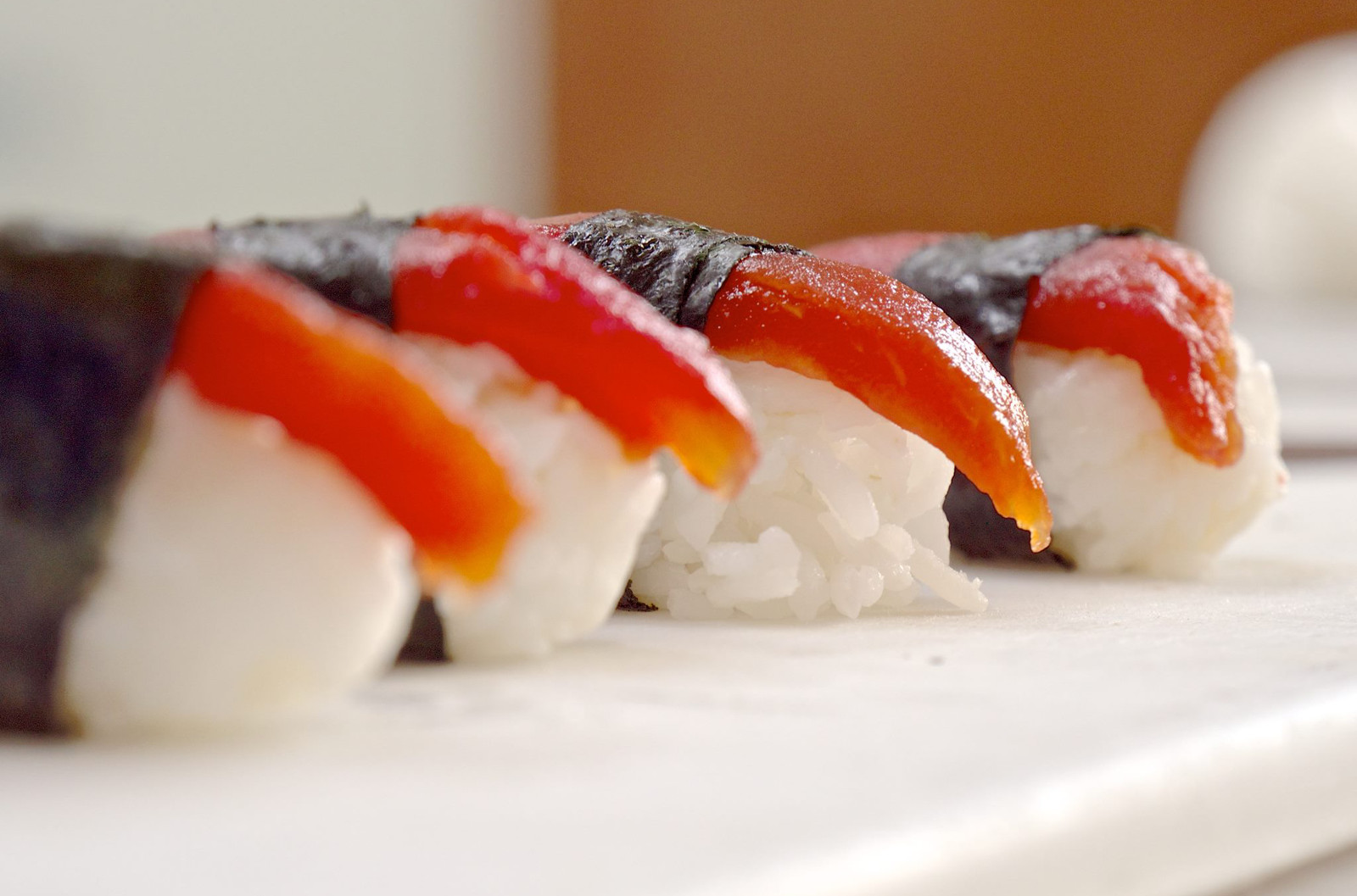 The old saying may go “There are plenty of fish in the sea,” but as time goes on, we are learning the hard way that simply is no longer the case. Thanks to our rampant appetite for fish and seafood, only worsened by the growing sushi trend, the world’s fish stocks are collapsing. In fact, the U.N. Food and Agricultural Organization reports that 80 percent of global fish stocks are “fully- to over-exploited, depleted, or in a state of collapse,” and about 90 percent of large predatory fish stocks (sharks, swordfish, and bluefin tuna) have been diminished. According to WWF, 53 percent of the world’s fisheries are fully exploited, and 32 percent are overexploited, depleted, or recovering from depletion. On top of all of this, scientists have predicted that the world’s fish stocks will likely collapse entirely by the year 2048 – that’s only 30 years from now.

As we know, the oceans provide much more than just food for people, they also help regulate climate, absorb a bulk of the carbon dioxide that we emit into the atmosphere, and provide around 70 percent of the earth’s oxygen … so in short, if the oceans die, we die.

Unfortunately, this rather grave message is often overlooked or simply not conveyed to consumers and despite the dire nature of this situation, demand for seafood and sushi continues to rise. Luckily, this is a problem that Ocean Hugger Foods, a company that is making a plant-based seafood alternatives, has made it their mission to solve.

In a recent episode of #EatForThePlanet with Nil Zacharias, David Benzaquen, the CEO of Ocean Hugger Foods, explained how their revolutionary Ahimi tuna replacement is changing the world of sushi.

Ahimi, the premier product from Ocean Hugger Foods, was developed with the help of Chef James Corwell and is made using Roma tomatoes. Not only was their alternative called a “dead ringer for Ahi tuna sashimi” by NPR, but it also grabbed the attention of the single largest, Japan-based, Asian foods distributor at the National Restaurant Association Show.

As Benzaquen shared in the interview, this influential distributor immediately loved the product because of its likeness to Ahi tuna but also because there are some real financial and sustainability constraints being faced by the seafood industry. If there is a shortage of tuna, prices shoot up, making it difficult for retailers to meet the demand. That tight market for tuna also sadly signals that fish stocks are being overexploited – which doesn’t make for a reliable long-term business model. With this in mind, going for a plant-based alternative to some of the most popular types of seafood – such as Ahi tuna – is just a smart business move.

Ocean Hugger Foods is planning to roll out their Ahimi in Whole Foods Markets in New York and Los Angeles November 1, 2017, and they also plan to feature their products in restaurants. Benzaquen also shares details about their upcoming products including Sakimi, a carrot-based salmon alternative, and Unami, an eggplant-based eel alternative, both of which are set to come out in 2018.

Want to learn more about the plant-based seafood alternative that is being raved about by top sushi distributors and the business behind it? Listen in! 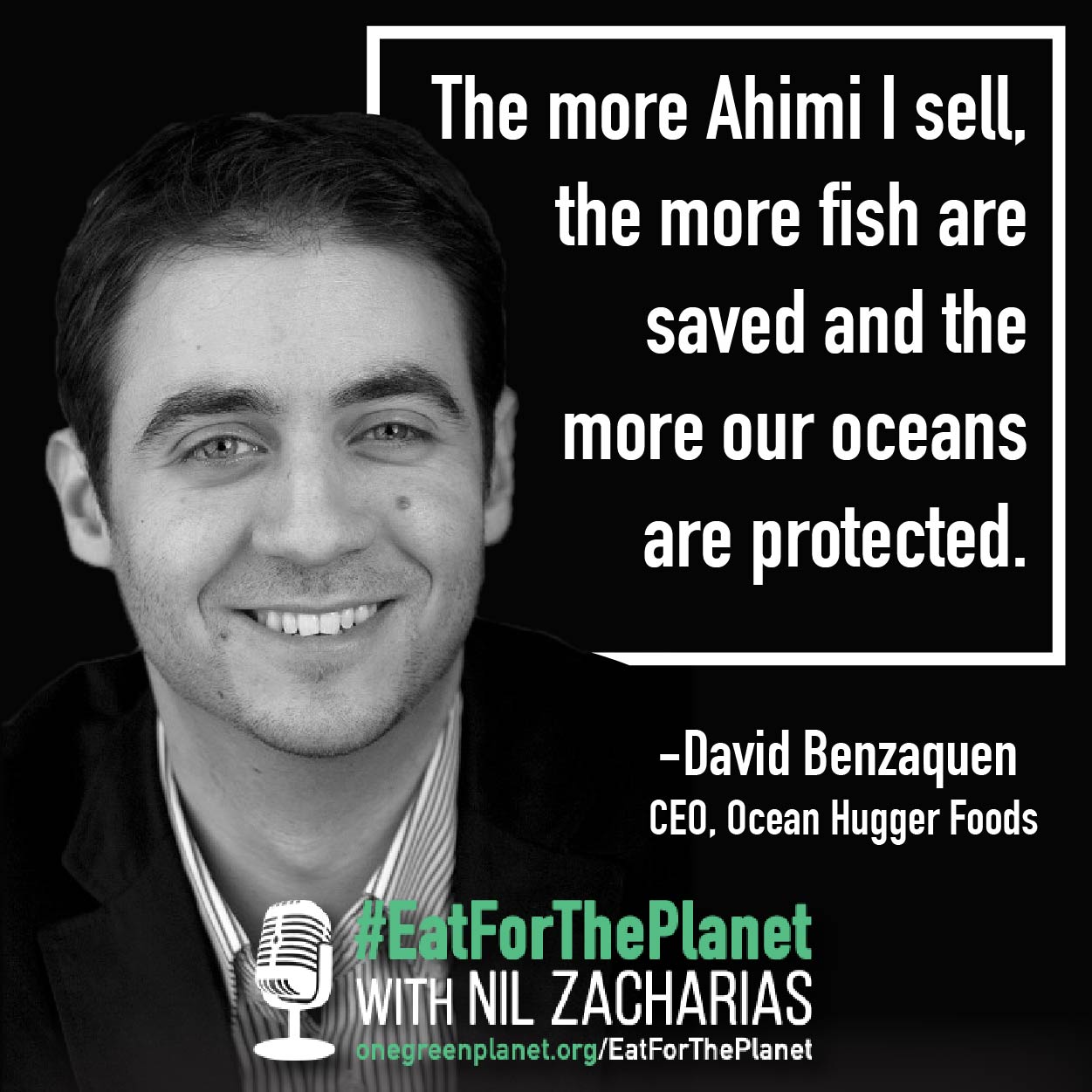