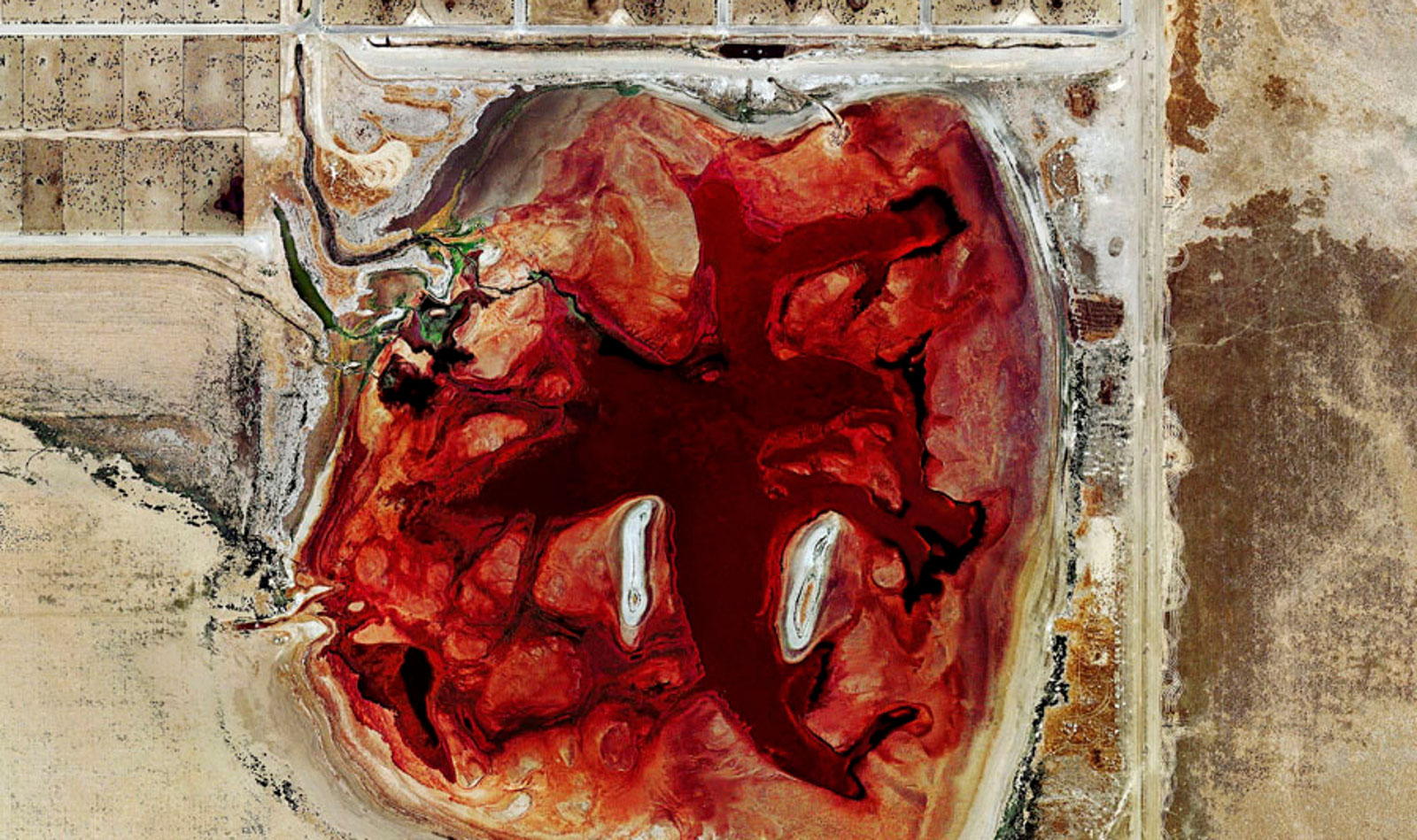 Many people who have researched the modern-day animal agriculture system will be aware of factory farms. These intensive breeding, rearing, and slaughtering facilities can hold large amounts of animals at a time, and are associated with high rates of cruelty. 99 percent of U.S. farm animals, who are raised in these facilities, will never be given the chance to express their natural behaviors, such as rooting or sunbathing (for pigs), or flapping their wings and grooming themselves (for chickens). The typical factory farmed chicken spends their entire life confined to a space smaller than the surface of an iPad.

Factory farm owners typically feed antibiotics to all animals in the facility as a way of limiting the spread of disease, but they never administer veterinary care to individual animals, as this would be considered a waste of money. As a result, 80 percent of pigs have pneumonia upon slaughter, while many chickens have developed tumors.

The human impact of factory farms is truly staggering too. Employees of factory farms are often poor, undocumented, and have to endure terrible working conditions. They have a 50 percent chance of becoming injured at work, while 70 percent of them experience respiratory issues because of the poor air quality found in slaughterhouses. High rates of Post-Traumatic Stress Disorder (PTSD) and psychological damage are found in these workers, too, as a result of the cruelty they must constantly inflict on animals.

Waste produced on factory farms is typically stored in open-air cesspools … and shockingly, the Environmental Protection Agency (EPA) does not regulate the air and water pollution caused by this practice. Nitrates, ammonia, salmonella, e.coli, hormones, and antibiotics are just some of the livestock waste products that make their way into U.S. waterways every year, seriously compromising the health of local wildlife and people. Toxic algae blooms have often formed on lakes and rivers after being infected by fertilizer and sewage run-off. 630 million gallons of animal waste leak into the waters at 140 concentrated animal feeding operations (CAFOs) in the Lake Erie area alone. This has had a devastating impact on marine life in the Lake.

Factory farms are normally located in low-income areas, where harmful toxins released by livestock waste often cause the local people to endure respiratory infections, headaches, and other illnesses. Airborne diseases spread by livestock waste include swine flu and avian flu, while water-borne illnesses include blue baby syndrome. Over forty diseases can be transferred to humans through manure polluted waterways. Earlier this year, it was revealed that just one agribusiness corporation – Tyson Foods, Inc. – was a bigger polluter of U.S. waterways than oil and gas giant ExxonMobil, dumping 104 million pounds of pollutants into the country’s rivers and streams during 2014.

The image below illustrates exactly what is going on. 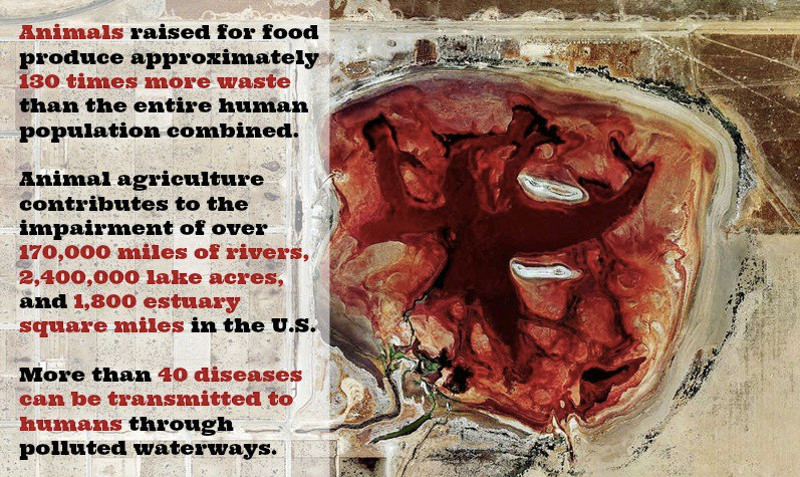 The devastating health and environmental impacts of factory farming can no longer be ignored, as the animal agriculture industry is one of the biggest polluters on our planet. The livestock system occupies an estimated 45 percent of the Earth’s total land area, while around 33 percent of the world’s arable land is used to grow livestock feed. The United Nations’ Food and Agriculture Organization (FAO) has estimated that the animal agriculture industry is responsible for 14.5 percent of the world’s total greenhouse gas footprint, while The Worldwatch Institute has found that the true figure could be as high as 51 percent. This industry also uses an extremely high amount of freshwater supplies – one person could save over 200,000 gallons of water a year by simply leaving meat and dairy of their plate!

To learn more about how you can make a difference, check out our articles, How to Fight Factory Farms With Your Fork and This Chart is the Only Thing You Need to See to Understand Why Vegan is Best For the Planet.

As the leading organization at the forefront of the conscious consumerism movement, it is One Green Planet’s view that our food choices have the power to heal our broken food system and pave the way for a truly sustainable future. By choosing to eat more plant-based foods, you can drastically cut your carbon footprint,save precious water supplies and help ensure that vital crop resources are fed to people, rather than livestock. With the wealth of available plant-based options available, it has never been easier to eat with the planet in mind.