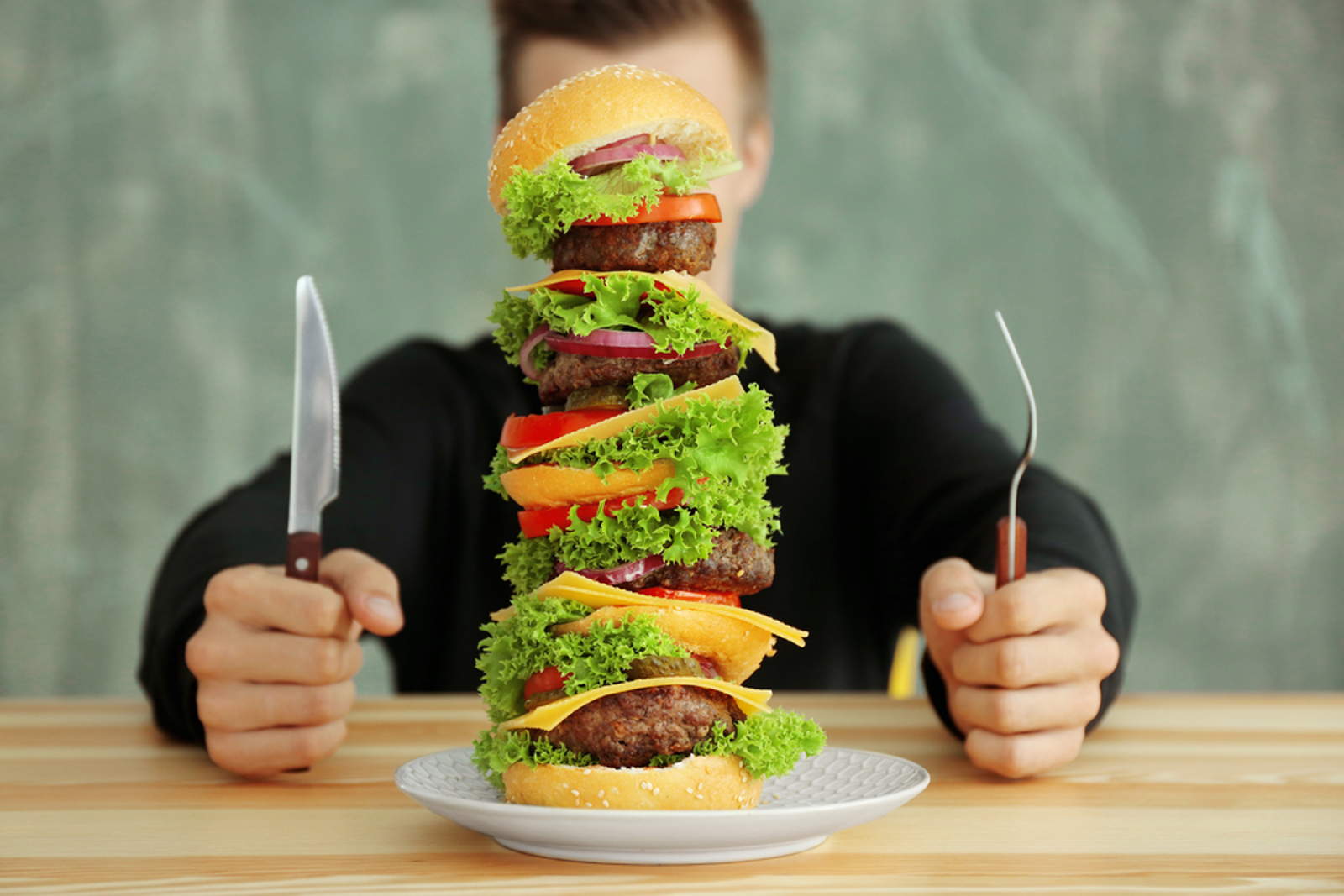 A plate piled high with meat and a side of potatoes (maybe some over-steamed broccoli smooshed in a corner, for color) is pretty much the image most of us think of as a standard American meal. What’s on the side of that plate as a beverage or perhaps smothered on top of those potatoes and vegetable? Most likely milk for the former and cheese and butter for the latter.

It’s no secret that Americans love meat and cheese, this fact has carved some of our most notable culinary achievements … such as the “double down” fried chicken/bacon/cheese atrocity and countless triple-stacked burgers, not to mention cheese-stuffed crust pizzas. The population might be aware that eating an excess of these foods is not good for us, but where that limit starts and ends is truly a mystery for most people.

We’re constantly bombarded with advertisements that proclaim the benefits of eating meat and dairy, most of which brag about high levels of calcium and protein, so how is the average person to know if eating meat and cheese at every meal is good for them or actually incredibly harmful?

Well, the hard truth is the average person in the U.S. consumes 103 grams of protein a day, that’s more than twice the amount that we actually need and around two-thirds of this protein is derived from animal products. Increasingly, we’re learning that eating a high volume of these foods can lead to a higher risk of developing heart disease, cancer, diabetes, and many other preventable illnesses … yet, we rarely – if ever – are told this by ads or nutrition guidelines.

Not only is overconsumption of meat and dairy harmful to our personal health but it is also devastating the environment. The industrial animal agriculture system is currently occupying 50 percent of the world’s arable land resources, uses a majority of our freshwater stores – AND is responsible for more greenhouse gas emissions than the entire transportation sector. Raising billions of animals en masse also results in an enormous amount of air and water pollution … not to mention the atrocities that are wrought against these animals who spend their short lives piled on top of one another in largely disgusting conditions. Regardless of all these inputs and harmful outputs, we’re still failing to feed the U.S. population and nearly one in six Americans suffers from lack of food.

So how is it that industrial animal agriculture is able to continue? Well, in the latest episode of #EatForThePlanet with Nil Zacharias, David Simon, lawyer, sustainable consumption advocate, and author of the book Meatonomics, gets into the many ways these industries have rigged the game.

Simon has spent years studying the different strategies the meat and dairy industries employ to protect their interests and they can be boiled down into a few main methods, including hyping up the benefits and rewarding companies for creating products with more cheese and meat in checkoff programs; hiding the truth about treatment of animals and how eating these products can impact your health using Ag-Gag and Food Disparagement laws; hindering the efficacy of the USDA and FDA to oversee the production and regulate meat and dairy by hiring people with industry ties; and securing massive handouts in the form of subsidies to sell products at very low cost.

Want to learn more about this broken system and how we can all work to fix it? You’ll have to listen in! 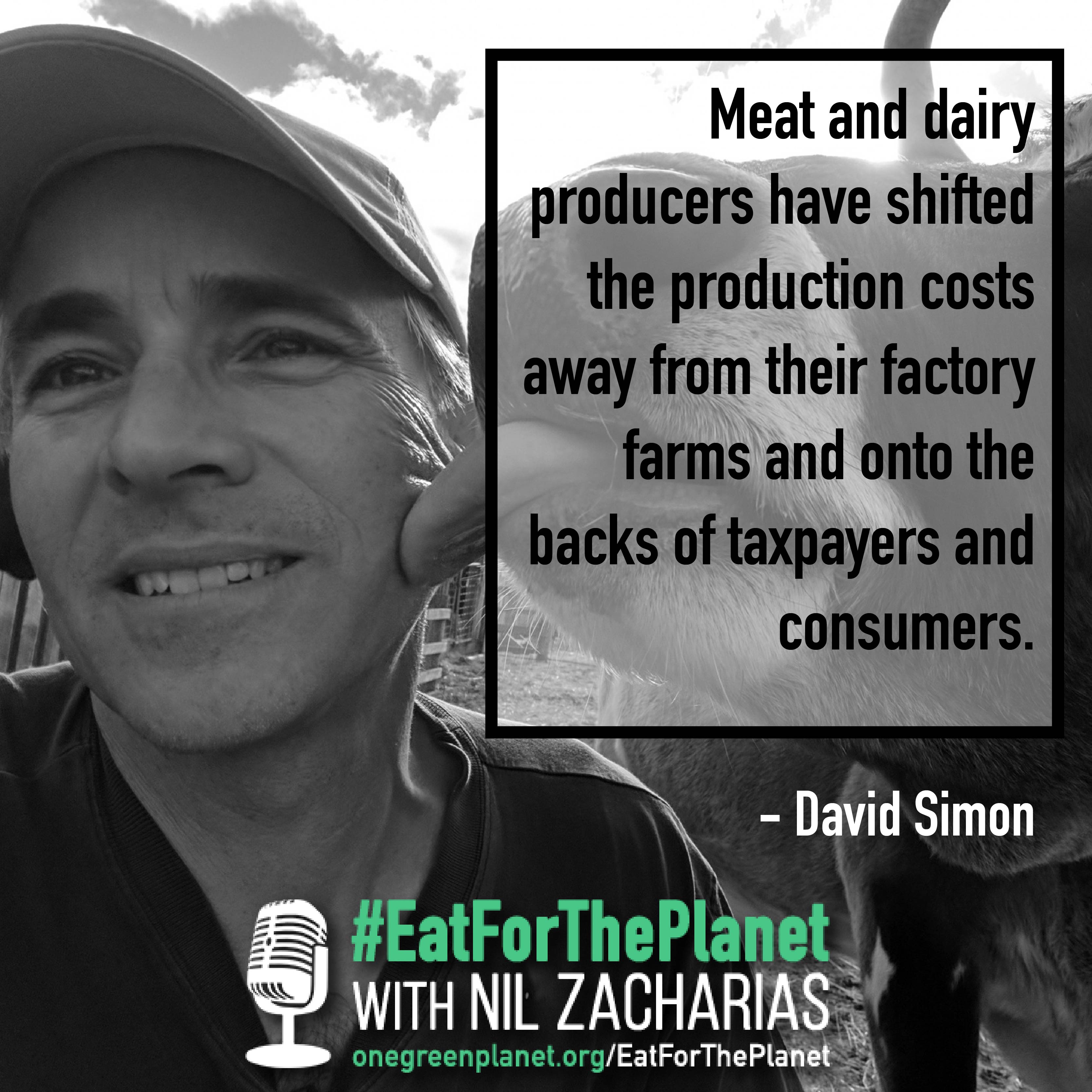