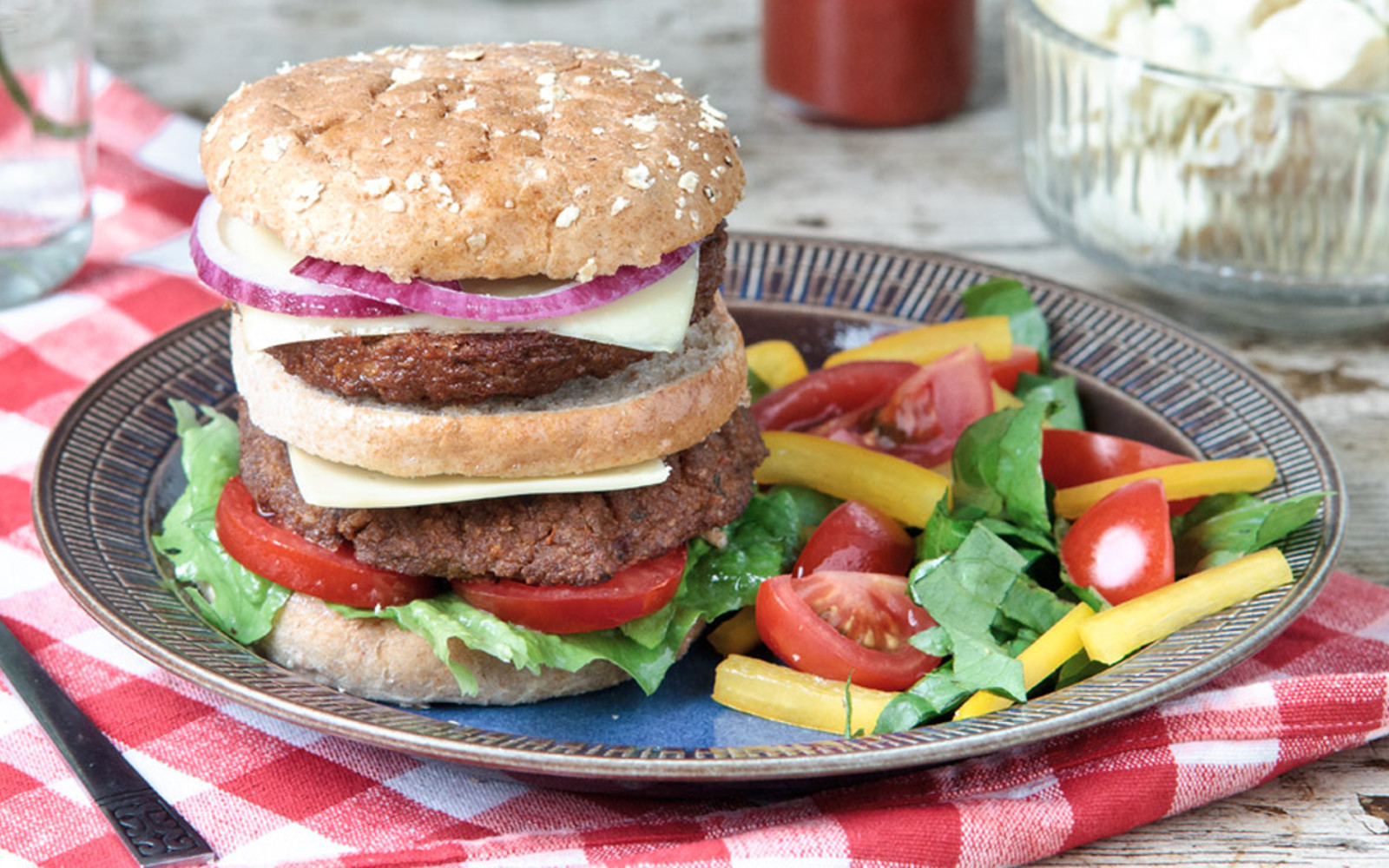 If you grew up in the United States, chances are your meals were dictated by the confines of the Standard American Diet (SAD), a diet that is notoriously heavy on meat, dairy, and highly processed foods. Our dinner plates were often centered around some form of meat, accompanied by two vegetables that were relegated to the unfortunate task of being a flavorless side. Our obsession with protein, no doubt, played a heavy hand in making meat the focus of our meals. The average person in the U.S. consumes 103 grams of protein per day, which is twice the recommended daily intake, and nearly two-thirds of it comes from animal sources.

But luckily, a new study has revealed that more Americans are embracing the idea of leaving meat off their plate in favor of plant-based foods. According to a recently released consumer survey conducted by the California Walnut Board, 83 percent of Americans are open to the idea of making meatless dishes, especially if that dish is similar to meat in terms of taste and textures. Of course, the study was conducted by the California Walnut Board, so they recommend walnuts as one of the ingredients that can be used to replicate taste and texture, but they also suggest mushrooms and legumes like lentils, peas, and beans. We also know that about one-third of Americans are considered flexitarians, or those who choose to leave meat off their plate more frequently so this survey is indicative of a huge changing trend.

But, the survey isn’t entirely wrong about its suggested ingredients for making meatless mains. When cooked right, mushrooms have an umami flavor (a deeply savory flavor often attributed to meat) and juicy, meaty texture. Lentils are high in both protein and fiber and can be seasoned to taste like meat, so they bring bulk to meat-free dishes. Walnuts are useful in terms of bringing flavor and texture to meat-free dishes. This Walnut Taco “Meat,” for example has the perfect texture for standing in for ground meat. These Walnut Portobello Meatball Subs use raw walnuts and Baby Bella mushrooms with savory Italian seasoning. And these Lentil, Mushroom, and Walnut Burgers use all three to make a meaty veggie burger.

The proof is in the numbers, Americans are cutting back on meat is seems pretty clear that the future of food is plant-based.