This Shark Species Sleeps With Their Eyes Open 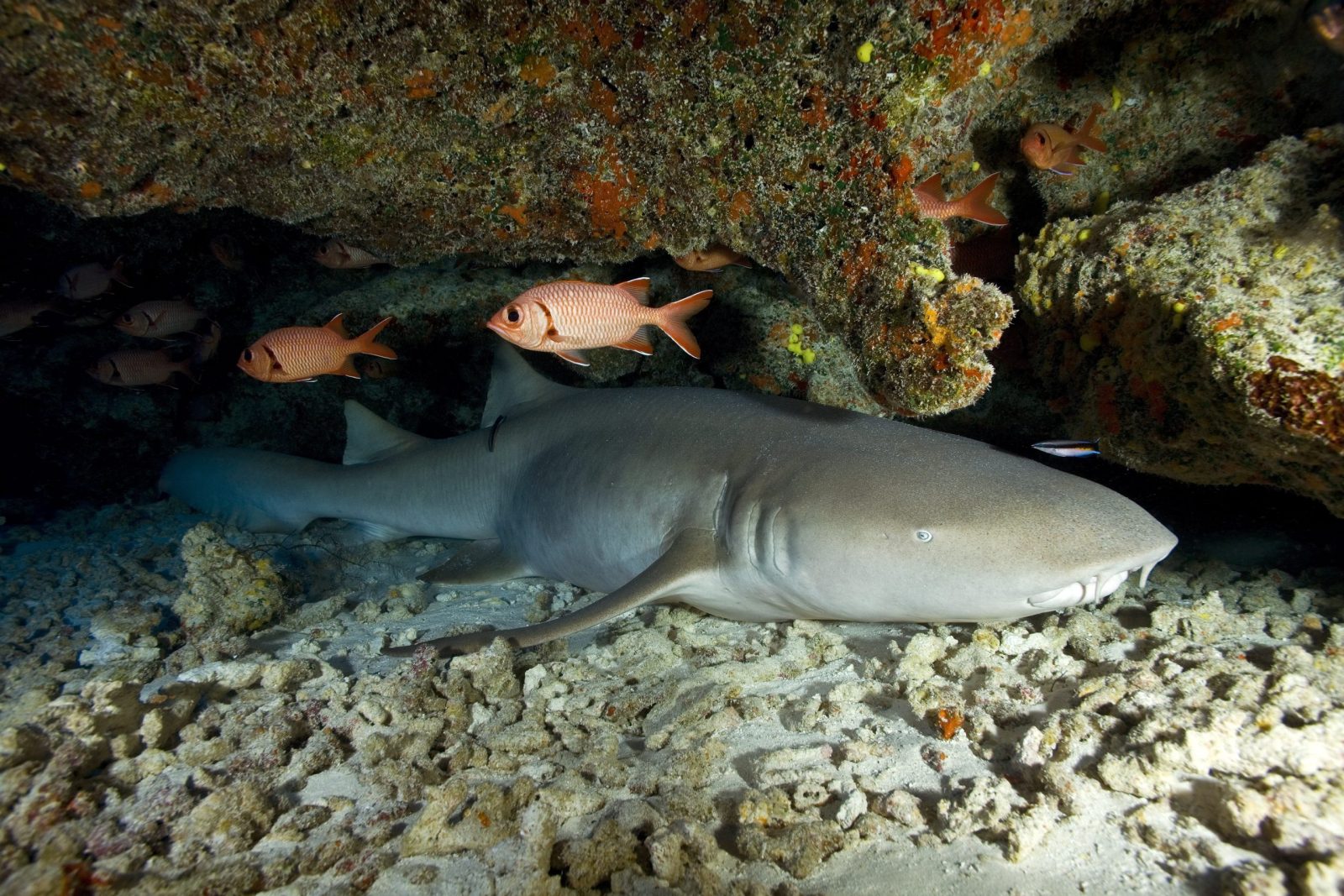 There are over 500 different species of sharks that all have unique characteristics. For example, a small number of species must continue to swim to keep water washing over their gills to breathe. Now, new research found an interesting way another species of these animals catches Z’s in the ocean.

Researchers found that the draughtsboard, who are native to New Zealand, sleeps with their eyes open. The report says that the animal’s metabolism and posture change during their periods of sleep, but they keep their eyes open for most of it.

The new study begs the question of whether any other shark species sleep underwater like these draughtsboard sharks. Researchers think this may be a tool evolved by the sharks to conserve energy. It’s almost like their bodies go into a sleeping mode when the surroundings are calm.

Last year, the draughtsboard sharks were classified as sleepers, but this time, researchers were looking to compare the sharks’ metabolisms during the periods of calm. These periods are defined as more than five minutes when they rest rather than swim. The scientists used a built tank to monitor how much oxygen the sharks were using, which allowed them to calculate their metabolism.

“They are showing quite a drop of metabolic state when they are in sleep, comparing to when they are either in their alert state or tooling around the tank,” said Craig Radford, an author of the study and a professor of marine science at the University of Auckland.

The study found that when sleeping, sharks would often lay at the bottom of the ocean like any other animal would curl up or lie down when they are ready to sleep. Scientists hypothesize that the draughtsboard shark may close their eyes as a reaction to the daylight instead of a reason to go to sleep.

There has been a massive decline in the global shark population due to overfishing and culling. These magnificent animals are genuinely incredible, and protecting them can help slow climate change! People must know that decimating shark populations threatens our global survival. They play a crucial role on the planet and balanced ecosystems, fostering a healthy ocean environment and helping to prevent climate change.

Sign this petition to demand that authorities help save the sharks before it’s too late!