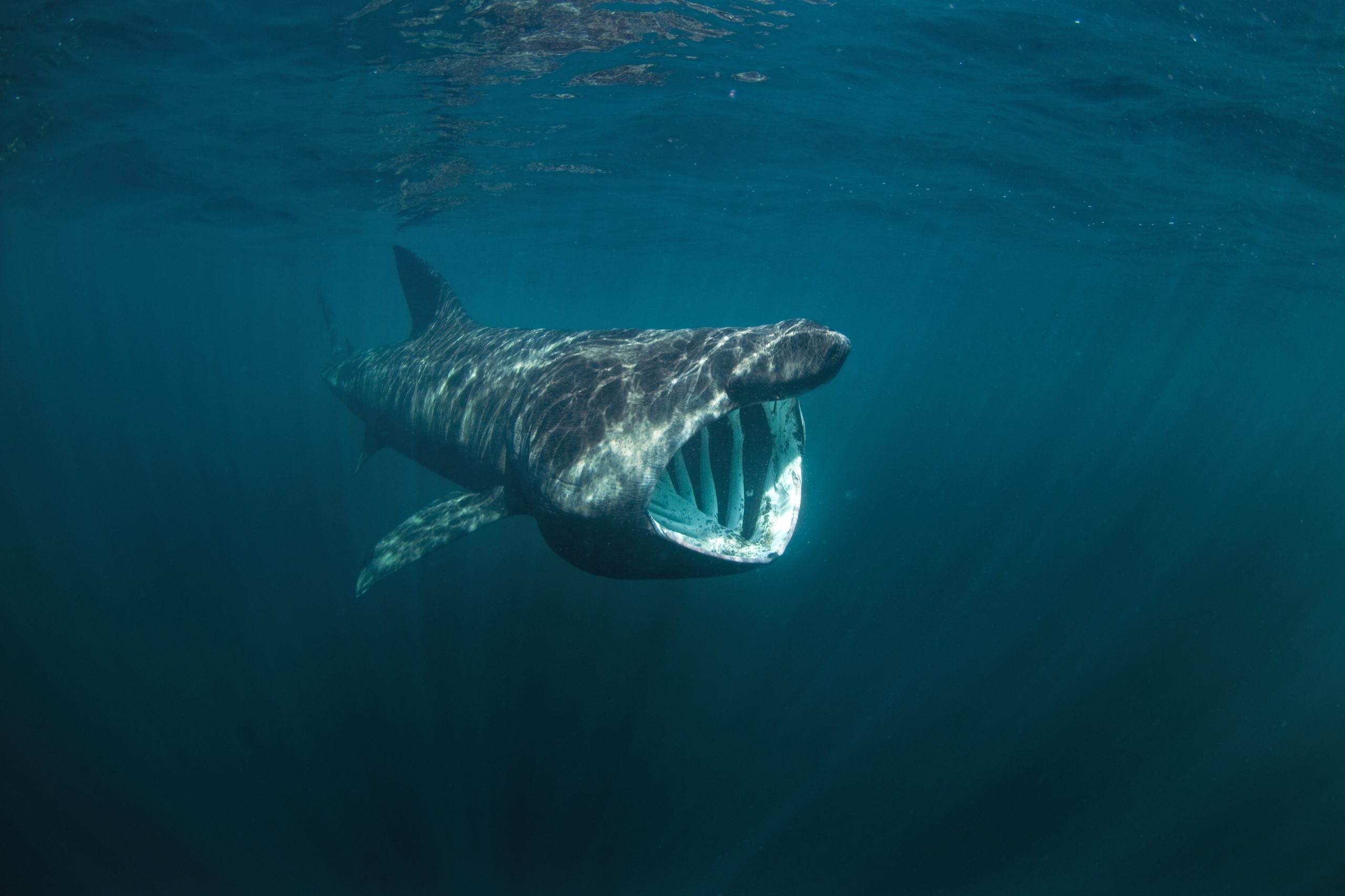 Sharks don’t have the best reputation amongst humans, even though humans kill way more sharks every year than sharks kill humans. In media and, consequently, many people’s imaginations, sharks are ruthless animals that will kill someone if given the chance. The truth of the matter is sharks are much more scared of humans than people can imagine. Furthermore, some sharks don’t even have the big, pointy teeth that make humans so afraid of them.

Basking sharks, which can be up to forty-five feet long and ten thousand pounds, are the second-largest fish after whale sharks. Despite their intimidating size, these sharks are harmless to humans. Their main food source is plankton, which they catch by swimming near the surface with their mouths open.

Sadly, these amazing animals are currently listed as endangered on the International Union for Conservation of Nature (IUCN) Red List of Threatened Species. While there are many protections currently in place for basking sharks, this wasn’t always the case. They used to be heavily hunted for their liver oil, fins, and meat.

Ireland, a place with around 20% of the world’s basking shark population, does not have any protections for the endangered species in their legislation. Fortunately, that could all change, as Social Democrats are calling for the Wildlife Act to include a provision against intentionally harming basking sharks.

Simon Berrow, an executive of the Irish Whale and Dolphin Group, supports efforts to legally protect basking sharks. Berrow also commented on how even human curiosity without bad intent can harm the species: “by simply getting too close to these animals, by taking a boat too near them, by trying to touch them, by swimming with them it disturbs them and it stops their natural behaviour.”

Because of their long gestation period, these sharks must be able to mate uninterrupted. Sign this petition to demand Ireland passes the bill amending the Wildlife Act that would give basking sharks additional protections!