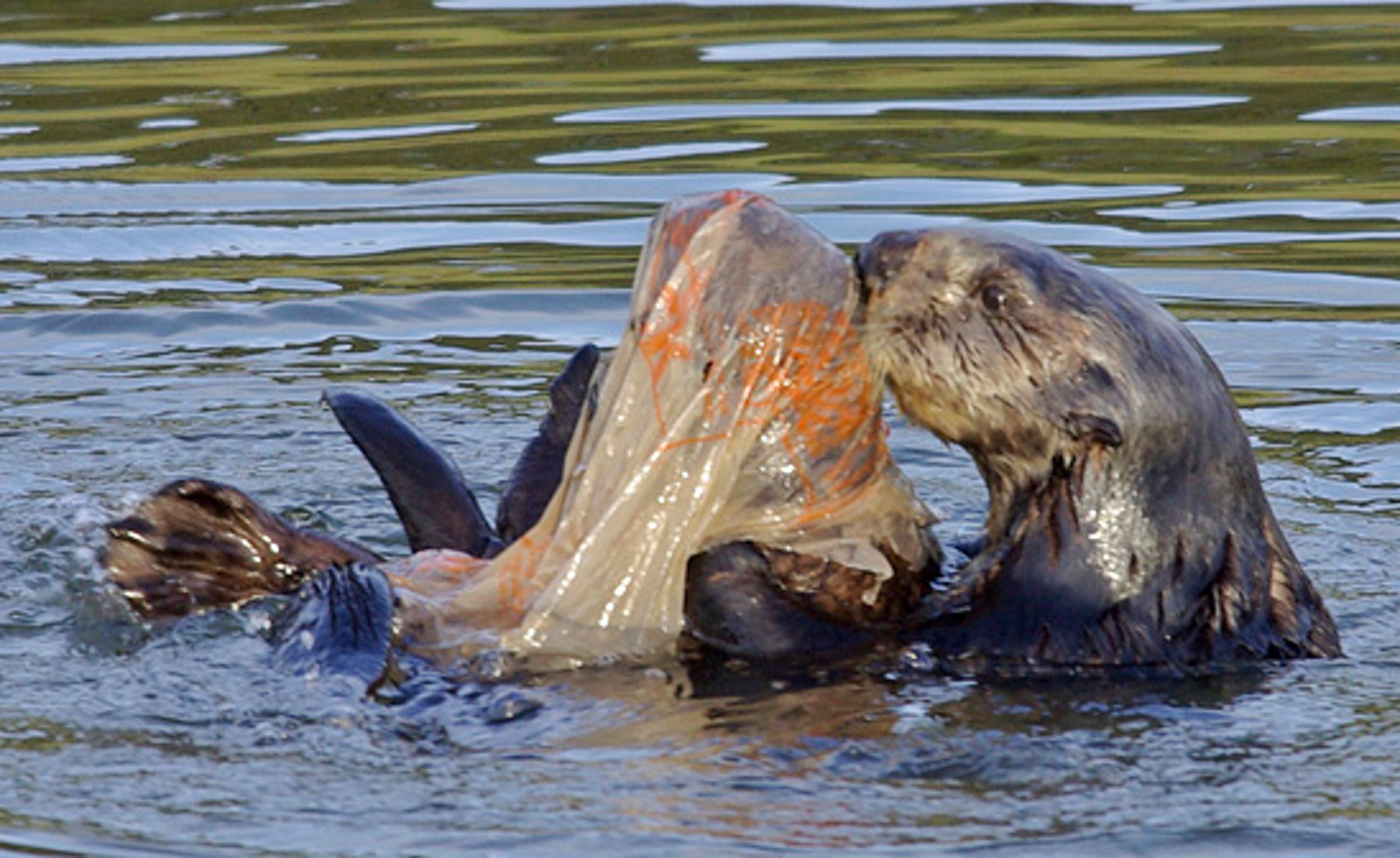 When was the last time you stopped and thought before you grabbed a plastic bag at the grocery store or mall? Chances are you know you should use reusable bags, but when you’re in a rush, you push that knowledge aside and just grab a plastic bag or two in the interest of time. Now, this might not be such a big deal or seem like it in the moment – but when everyone in the world has this sort of mindset, suddenly all of our “just this one time” plastic bags turns into a pile of 100 billion plastic bags. Yes, that’s right, every year 100 billion single use plastic bags find their way into landfills.

Unlike organic materials, plastic never disappears, but rather breaks into smaller and smaller pieces over time. It can take hundreds of years for this process to happen, meaning all the plastic that has ever been produced is still in existence, most likely in the form of microplastic.

For humans, this plastic trash is more of a nuisance than anything as we see it show up as litter on the streets or the seashore. But for marine life, plastic poses a fatal threat. There are currently 700 marine species in danger of extinction due to plastic and considering the fact that we dump 8.8 million tons of plastic trash into the oceans every year, we can only expect this number to increase.

Hearing this stats might be daunting and it could make you want to think twice before reverting to the plastic bag habit, but nothing quite triggers that “wow, I need to change” feeling like a photo… 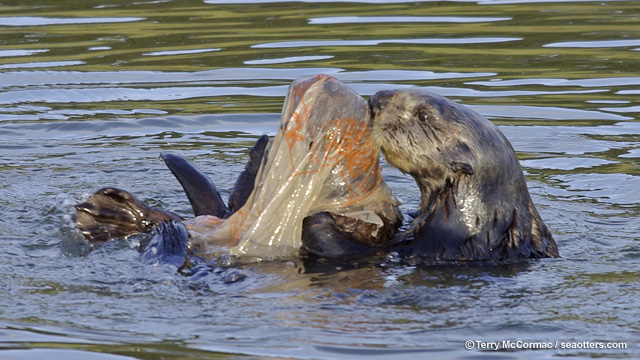 The mama otter featured thankfully managed to free the little one, but if she hadn’t been there, the fate for this baby could have been much different. While he might have gotten lucky, countless others don’t. The fact is, we do not need plastic bags, all it takes is a little bit of forethought to avoid having to take one in the store. With so many animal lives at stake, we can certainly sacrifice a little convenience for the greater good.