Next Time You Buy Snacks, Think of This Baby Orangutan in the Scorched Remains of Their Home 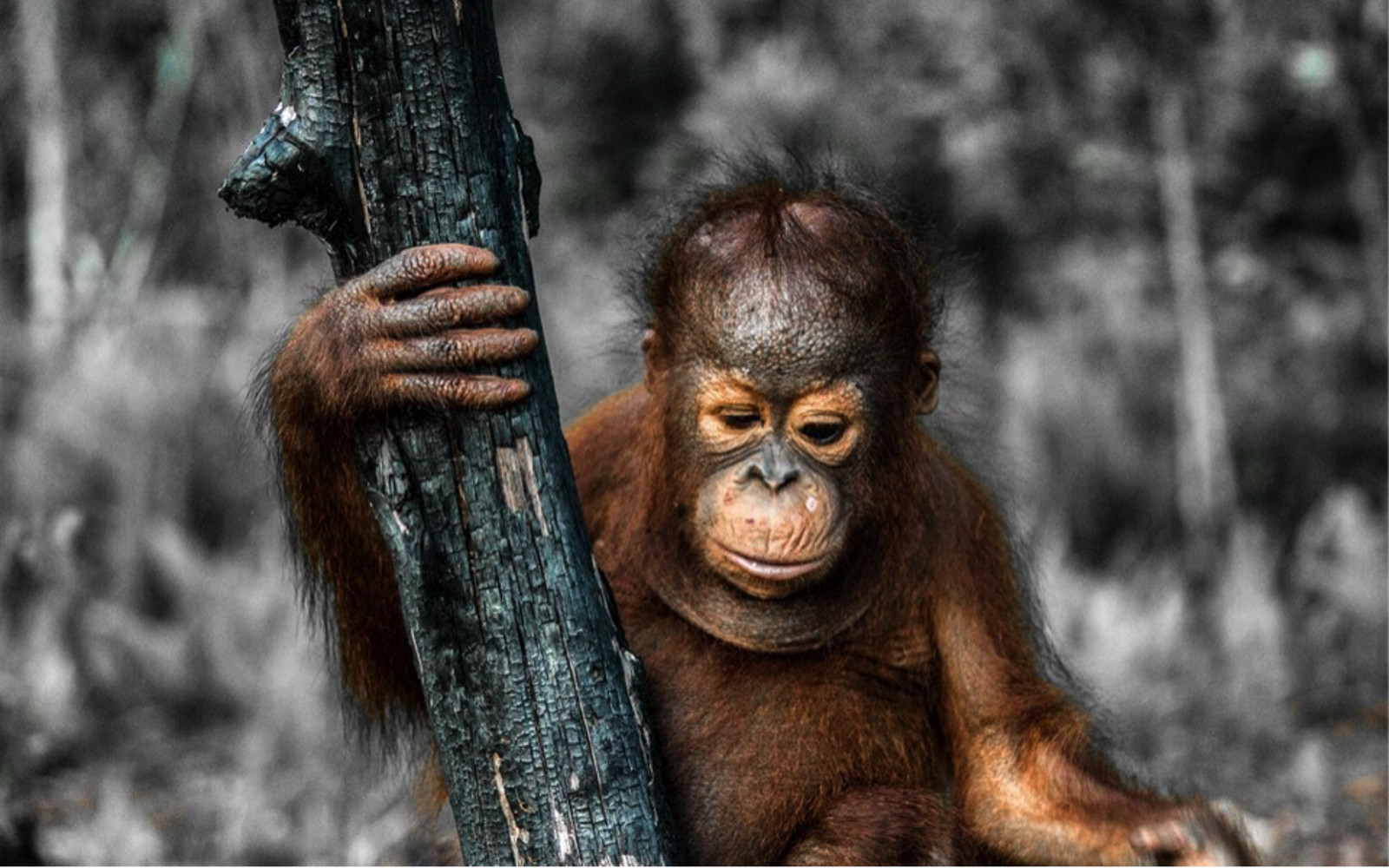 Palm oil is one of the most prevalent ingredients in today’s world. In fact, it can be found in over 50 percent of consumer goods. It’s cheap, versatile, and shelf-stable, making it an obvious choice for the mass-production of the many bagged snacks that are jam-packed into our grocery aisles … and other consumer goods like cleaning products and makeup. Palm oil provides us with an excess of things we can choose to buy, but it comes at a heavy cost. In order to produce enough palm oil to sustain production, the rainforests of Indonesia are being cleared away by a process known as “slash-and-burn,” which sadly leaves the native wildlife without homes and puts the health of local families at risk. Animals like the Sumatran rhino, elephant, and orangutan are being pushed towards extinction — all for snacks that we do not need. If this destruction continues, it’s likely that future generations will know a world where these animals are lessons in the folly of human greed, like the Tasmanian tiger and other species we will never see again.

We wonder what is going through the mind of the lone, young orangutan in this photo. Because of human actions, he will likely grow up without a family and without a home in the wild. 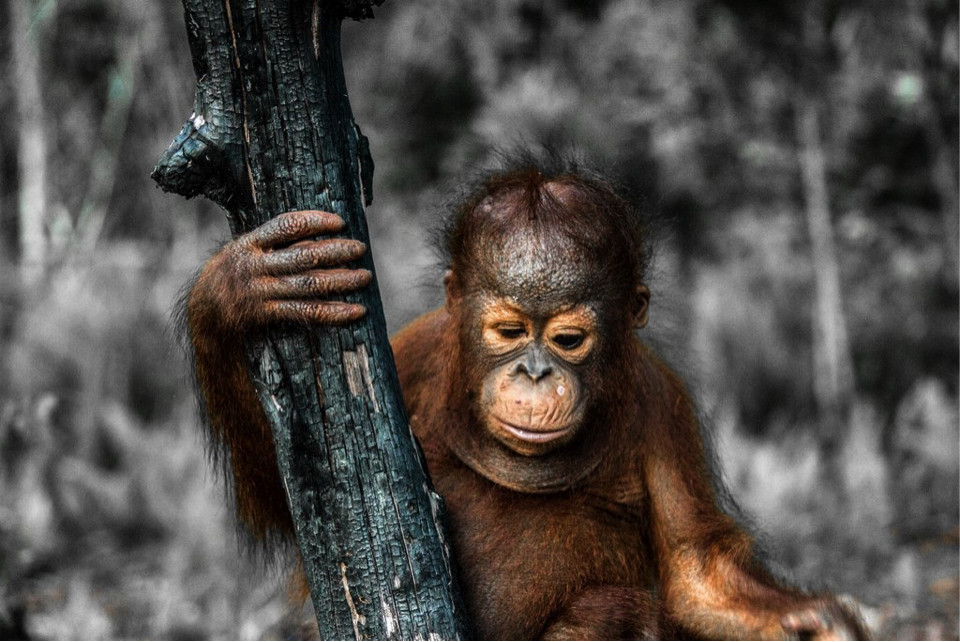 Orangutans  have already lost 80 percent of the lush forests that they once called home and their population has declined by 50 percent as a result. When they lose their homes, they are regarded as little more than pests, like roaches in an apartment building, and sadly, they are either shot on sight or sold into the illegal wildlife trade, where they will likely spend the rest of their life on a heavy chain in somebody’s backyard. Given the sad status of the orangutan population, many zoos have initiated captive breeding programs but knowing the kind of life that animals in zoos often have, we need to ask ourselves, is this really how it has to be?

We all need to do our part to help save the rainforests of Indonesia and all the creatures who call it home. We can do that by educating ourselves about how to start cutting palm oil out of our lives. To learn more, read the articles below: