Wake Up! Orangutans Could be Completely Extinct in 10 Years Because of Our Snacks 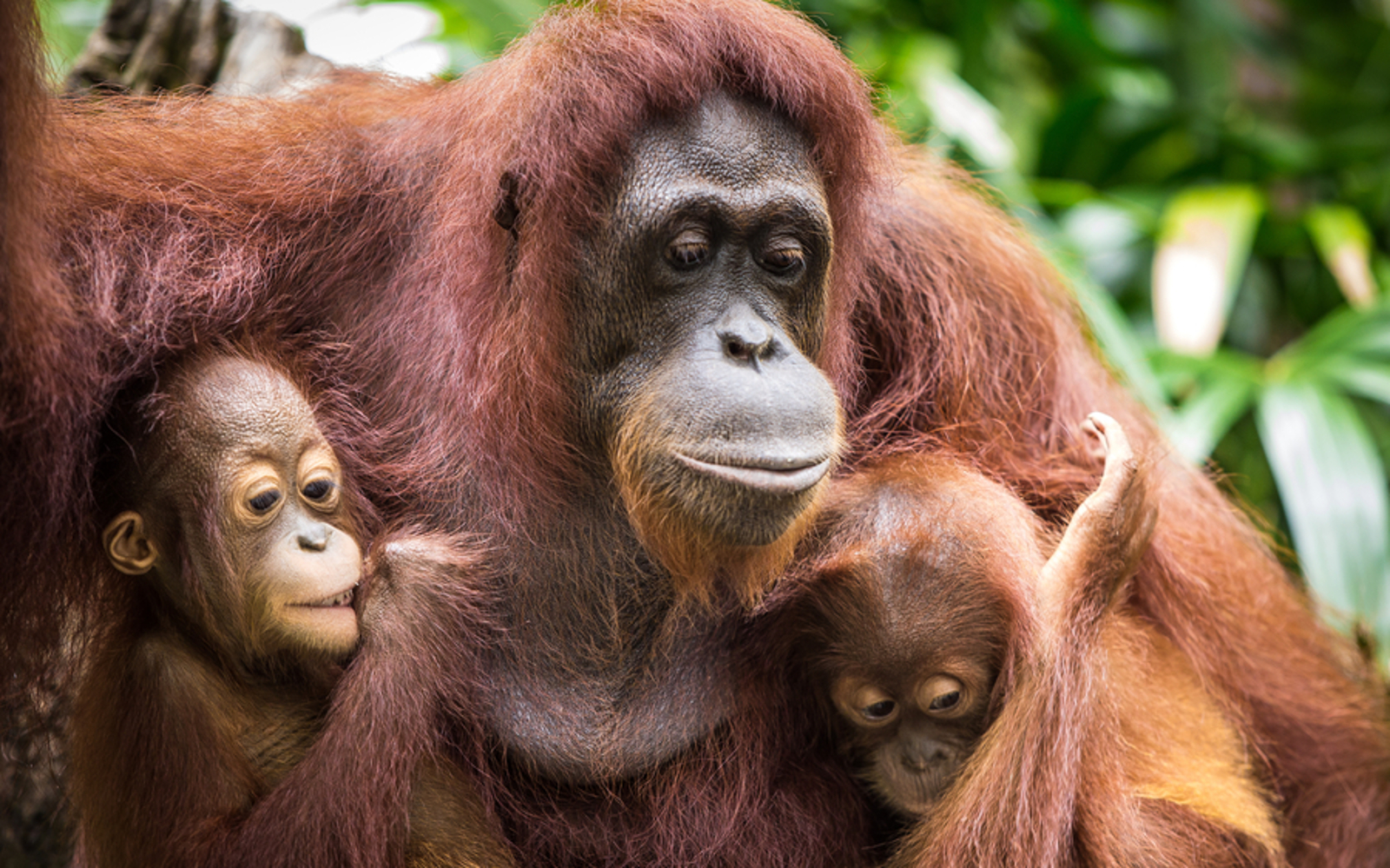 The orangutan is Asia’s great ape, once spread across Southeast Asia all the way to China but now restricted to the Indonesian and Malaysian Islands of Borneo and Sumatra. They are incredibly intelligent, inquisitive and are the largest tree-living mammal in the world. But since last month, they are now both on the ICUN critically endangered list, as the Borneo orangutan joined its Sumatran cousin in this dire classification after 50 percent of its population has been lost over the last 60 years.

And it is no wonder.

The orangutan’s greatest threat of survival is habitat loss, and their habitat is being squandered at an alarming, unprecedented rate for petty cheap palm oil and unsustainable logging. Companies are literally burning their home away to make way for plantations to produce these completely replaceable products. It’s estimated that 300 football fields of forest are cleared every hour to make room for palm oil plantations, just to open the land – a large chunk of the only remaining forests that is habitat to the critically endangered orangutans — for palm oil plantations.

The Impact of Palm Oil

Palm oil is used in an array of thousands of products ranging from chips and donuts to soap and toothpaste. There are other options that can be used instead to replicate the palm oil in these consumer products or the palm oil can be sourced from more sustainable companies, grown responsibly. There are many brands that signed the Roundtable for Sustainable Palm Oil agreement and over the last few years that have successfully swapped their ingredients or sources of palm oil in the name of conserving these fast disappearing rain forests and the magnificent yet vulnerable creatures that live in them, in particular, the hardest hit, orangutan.

However earlier this year Greenpeace slammed major corporations for continuing to source their palm oil grown from deforested lands. These brands include PepsiCo, Johnson & Johnson and Colgate-Palmolive, all of whom are very aware of the consequences occurring from supporting these unsustainable sourcing practices and all of whom have the purchasing power to make impactful change. Yet time goes by and all we are seeing empty words from these brands, while the deforestation rates of Indonesia are increasing instead of decreasing, all  happening to meet continued demand from companies such as these. Thirty-one million hectares of rainforest has already been cleared in Indonesia since 1990, it is outrageous that this figure is on the rise with the understanding we have of the very real and irreversible consequences.

In the case of the orangutan, time is of uttermost importance and these global corporations must make changes now. It is estimated that in only a short ten years, the orangutan will be extinct. Ten short years, gone. For a cheap vegetable oil used to make some crisps and soaps. It is a depressing truth we as a society should be unwilling to bear.

Alan Knight, CEO of International Animal Rescue (IAR), which runs a rescue centre in Borneo, has warned the orangutan was now on the “precipice of extinction.”  Asked how long they might survive, Mr. Knight said: “I would probably say 10 years if we cannot stop the destruction. I think the Sumatran will go before then if they don’t sort out the situation they are in.”

With less than 50, 000 Borneo orangutans and 7000 Sumatran orangutans left alive in the wild, we cannot sit around and watch this losing battle continue. We must act, and we must act now.

To keep up for the demand of this cheap and versatile vegetable, countless acres of forest are being destroyed, taking the lives of orangutans and other animals along with them. While it is possible to grow palm oil responsibly, often tracking sources is very hard and makes it a gamble. The best option is to avoid products that contain it altogether.

Take the Say No To Palm Oil Challenge.

Support Organizations Making An Impact To Saving the Orangutan

Email, call, write letters or organise protests making sure they hear loud and clear, that we as a people, strongly request they change their actions now. Their profit and our products are not worth the effect they are having.