How Our Appetite for Steak and Cheese is Harming People 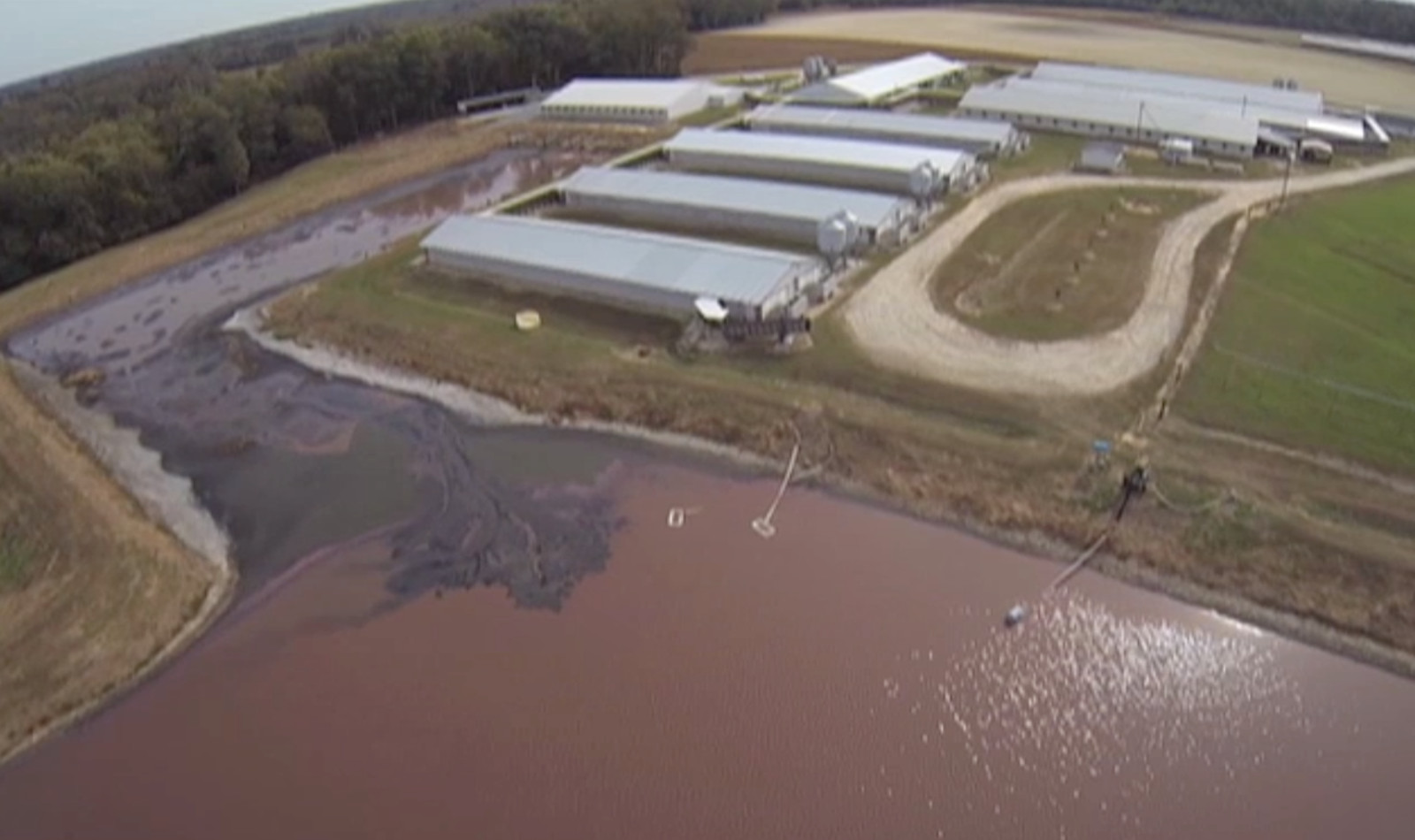 There is overwhelming evidence that factory farms cause tremendous suffering to the animals. Cramped conditions, abuse by workers, neglect, and non-existent medical treatment are just some of the ways that animals suffer in these facilities. And while the difficulties that the animals face is heartbreaking enough, the human victims of these horrid places are not always publicized.

For those who live near factory farms, daily life is full of risks. Imagine not being able to open your windows because the air is toxic. Or, the fact that the stench of ammonia is so bad, you can’t breathe. What if you found out you’re having a baby while your local news station is warning pregnant women not to drink or cook with tap water due to how polluted it is. This is what it’s like for the communities that surround factory farms in America.

When you cram thousands of animals together in a shed, they’re going to produce a lot of waste. In fact, livestock in the U.S. produce 500 million tons of excrement every year. This is way more waste than factory farms could ever redistribute as fertilizer, so the majority of waste is left to fester in massive, open-air pools. The mountains of manure from factory farms can release around 400 different harmful gases into the atmosphere, including carbon dioxide and ammonia. Because animals are kept by the thousand, the concentration of these gases can be extremely dangerous to the local community. If you have ever used products containing ammonia, you know how overwhelming the smell can be. But when tons of ammonia are being released directly into outdoor air, it is impossible to escape the gas, and this can cause a variety of harmful health effects, including dizziness, eye irritation, respiratory illness, and nausea.

In addition to ammonia, factory farm waste releases dangerous levels of hydrogen sulfide. Exposure to this gas, even in small doses can cause sore throats, dizziness, but more troublingly, seizures, comas, and even brain damage. Consider the case of Robert Thornell, who thought he was “having a nervous breakdown,” when he began having trouble balancing himself and started losing his memory. He saw 13 doctors in search of a diagnosis and eventually had to stop working. It was another two years of having no answers until he saw a program on television about the research a Dr. Kilburn was doing on hydrogen sulfide.  Thornell emailed him to set up an appointment and not long after  Dr. Kilburnm  gave him the sad news that both he and his wife had suffered irreversible brain damage due to hydrogen sulfide. Today he is afraid to drive far in case he forgets where he is and gets lost.

Memory loss, neurological damage, and respiratory problems are just a few of the health issues experienced by those who live near factory farms, but those aren’t the only risks. Dangerous germs from the excrement of farmed animals have sickened entire communities. A 1993 outbreak of cryptosporidium in Milwaukee sickened 403,000 people and killed 104 others. Scientists linked the tragedy to animal excrement from a nearby factory.

Factory farms have also created large outbreaks of E. coli and superbugs, which make it impossible for antibiotics to keep ahead of them. A study carried out in Texas found that fecal air pollution from dairy and cattle feedlots could travel up to 30 yards through air currents. A stunning 100 percent of the air samples in this study contained antibiotics like Monenisin, an antibiotic that is commonly used in human medicine, and tetracycline antibiotics, known to tribute to bacteria resistance, were found in 60 percent.

Residents surrounding the factory farm region of Alberta, Canada, known as “Feedlot Alley” have the highest rates of E. coli infections in the province. Tragically, the bacteria killed almost a dozen children there in one three-year period. Despite calls for more regulation, inspections, and the known health hazard, little was done to protect these innocent victims. The effect of this toxic gases on children is particularly troubling.

The only thing that could be worse is what happens when these major slaughterhouses decide to empty the pools. This is done by spraying the contents over fields to act as “fertilizer.” When this happens, local residents are subject to literally having to breathe in waste. More dangerous is the fact that this manure is filled with antibiotics, growth hormones and all kinds of other bacteria. According to the Center for Disease Control (CDC), children, who take in 20-50 percent more air than adults, are at extreme risk. As a result, children raised in communities near factory farms are more likely to develop asthma or bronchitis.

Water Pollution Due to Factory Farms

Sadly, the Environmental Protection Agency has thus far turned a blind eye to the questionable practices of slaughterhouses which has resulted in our waterways becoming polluted from the run-off of water used to clean them. Last April, Des Moines Water Works sued three Iowa counties for allowing nitrates to run off into the water supply. Nitrates are dangerous microbes that occur in waste lagoons. They seep into the ground or get washed into the waterways and pollute our drinking water. According to the National Resource Defense Council, drinking water contaminated with nitrates can increase the risk of blue baby syndrome, which can cause deaths in infants.”

In addition, when these nitrates get into local water ways, they cause toxic algae blooms which lead to “dead zones” and massive fish kills. High levels of nitrates in drinking water can cause spontaneous abortions and bacteria outbreaks from agricultural water pollution is responsible for several disease outbreaks across the United States. It’s been found that some 170,750 miles of river in the U.S. have been deemed impaired due to agricultural run off.

Prisoners in Their Own Homes

No one wants to live next to a factory farm, especially with all of the health concerns surrounding them. Unfortunately, many communities located near factory farms fall below the poverty level, meaning people cannot afford to relocate – even if their family’s lives depend on it. This forces residents to become prisoners in their own homes – unable to be in the outside air, or even not being able to open a window because of the fumes.

Last year the people of Danville, Indiana filed a lawsuit against a pig farm that opened in 2013. The farm keeps about 8,000 pigs, and residents say living near it is unbearable. The stench is so bad that one resident’s wife did move out. However, packing up and leaving isn’t an option for most of the low-income residents who live there. And even if they could move, it’s not exactly easy to sell a house that sits among pungent odors, toxic fumes, and contaminated drinking water.

The best way to help end the silent killers from the factory farming industry is to not participate in it. The reality is that as long as factory farms are tasked with raising thousands of animals to meet consumer demand, there is going to be a whole lot of waste that goes along with those animals, and all of the health hazards that come along with it.

As the leading organization at the forefront of the conscious consumerism movement, it is One Green Planet’s view that our food choices have the power to heal our broken food system and repair the damage that’s being done to people and the environment. Instead of supporting this industry that is systematically destroying communities and harming people, we can all choose a much less harmful alternative and shift our diets toward plant-based foods. Once we recognize what sort of impact our consumption habits have, we can make better choices – for ourselves, our planet, and others. Join One Green Planet’s #EatForThePlanet campaign to start with your next meal.