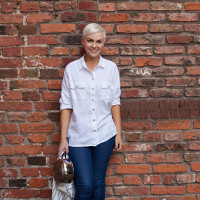 Simple, modern, and seasonal vegan dinners. Katy Beskow is a food writer and cookery tutor with a passion for creative and seasonal vegan food. She lives in rural England and works from a small yet perfectly formed kitchen. Katy writes for a number of publications including Huffington Post UK and demonstrates modern vegan cooking at food festivals. Her debut cookbook is released in March 2017 in the UK and US.