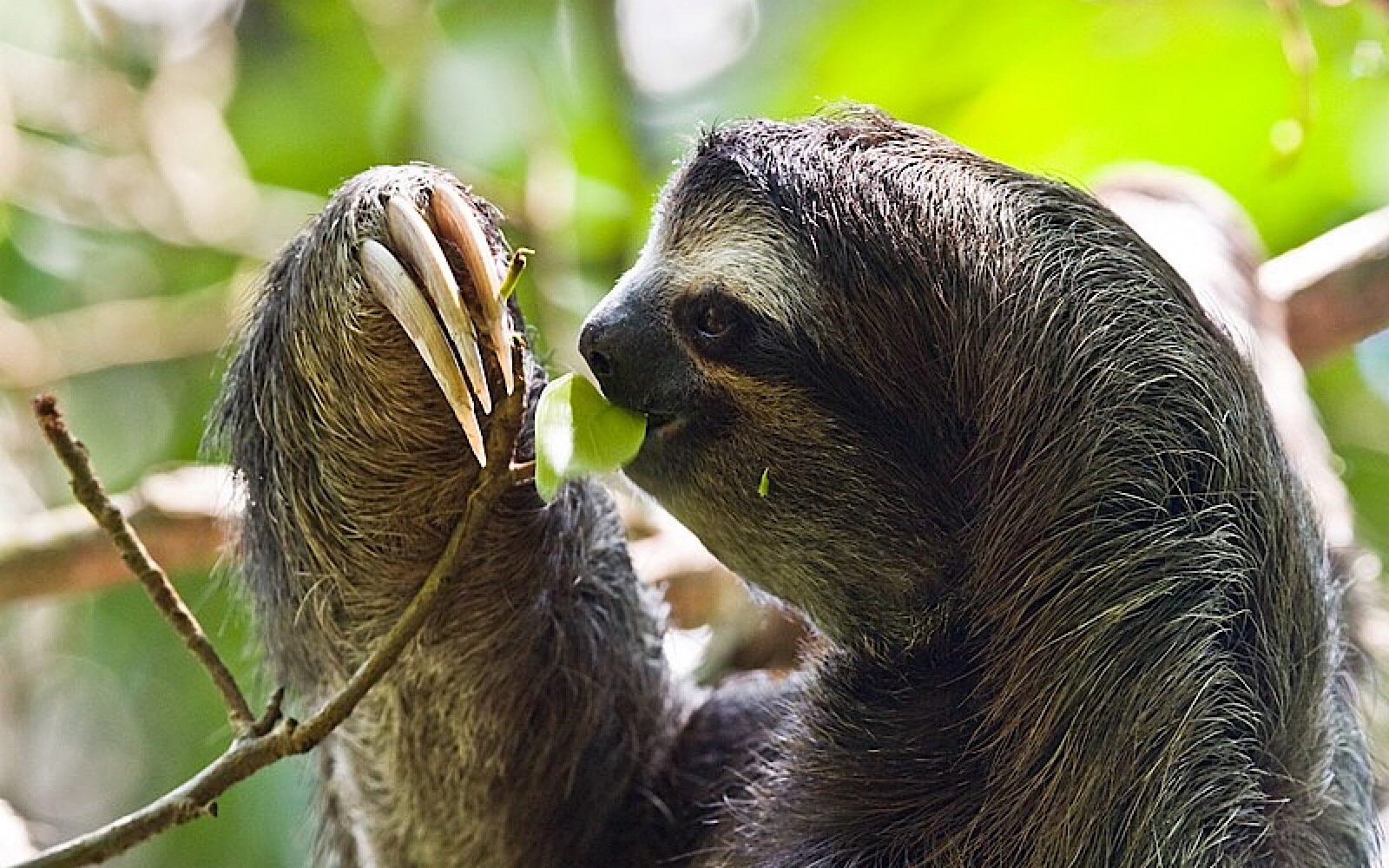 As tourists around the world increasingly seek exotic and unusual selfies, we’ve seen the growing use of wild animals in such photos. We know that many animal lovers seek photo ops with wildlife precisely – and understandably – because of their love for animals. But unbeknownst to tourists, this results in immense misery for the animals themselves. Our investigators have found that the explosive wildlife selfie trend on social media is causing hidden suffering for some of the world’s most iconic wild animals – the wildlife of the Amazon.

Focusing on two cities of the Amazon: Manaus, Brazil, and Puerto Alegria, Peru, our new investigative report reveals that local wild animals are being taken from the wild, often illegally. They’re then exploited and injured by irresponsible tour operators to entertain and provide harmful photo opportunities for tourists.

In public view and behind the scenes, our investigators uncovered evidence of cruelty being inflicted on wild animals, including:

• Sloths captured from the wild, not surviving longer than six months
• Birds such as toucans with severe wounds on their feet
• Green anacondas injured and dehydrated
• Caiman crocodiles restrained with rubber bands around their jaws
• A giant anteater, manhandled and beaten by its owner

Sloths are especially vulnerable and what most people don’t know is just how fragile sloths are. The markings and shapes of sloths’ mouths make them appear to be smiling, and their instinctive need to hold on to a nearby object to stay anchored is mistaken for hugging. But in truth, many sloths used in this industry will likely die within six months of being captured. Their extremely slow metabolism means they need to sleep between 15 and 18 hours a day and to maintain their core body they need to move into the sun or shade, unlike most mammals. Our research finds that these animals frequently suffer severe respiratory and digestive problems when coming into regular contact with human germs. And removing sloths from their natural environment and allowing tourists to handle them repeatedly likely causes immense stress, fear, and anxiety.

Our desire to capture that “once in a lifetime” selfie is driving this suffering: a staggering 70 percent of all selfies with sloths on Instagram are of people holding, hugging, or using sloths as photo props.

As part of our research, we looked at the prevalence and trends around wildlife selfies. We found that:

• The number of wildlife selfies posted on Instagram has increased 292 percent between June 2014 and June 2017
• Over 40 percent of selfies are “bad,” or harmful wildlife selfies – i.e. someone hugging, holding or inappropriately interacting with a wild animal
• People will most likely upload a “good” or humane wildlife selfie when they have been educated or exposed to the cruelty behind the scenes

Most tourists are looking for a genuine, authentic experience with wildlife. We encourage tourists to enjoy seeing wild animals in the wild or the next best place, a sanctuary or rescue center that provides proper protection for animals that survive the cruelty of the tourism industry, like being used as photo props.

You can help filter the cruelty out of wildlife selfies by signing our Wildlife Selfie Code. Let’s commit to keeping wild animals in the wild, where they belong. And when you travel, remember that if you can hug or hold a wild animal, it’s likely that the attraction you’re visiting is cruel. Vote with your wallet and don’t go.