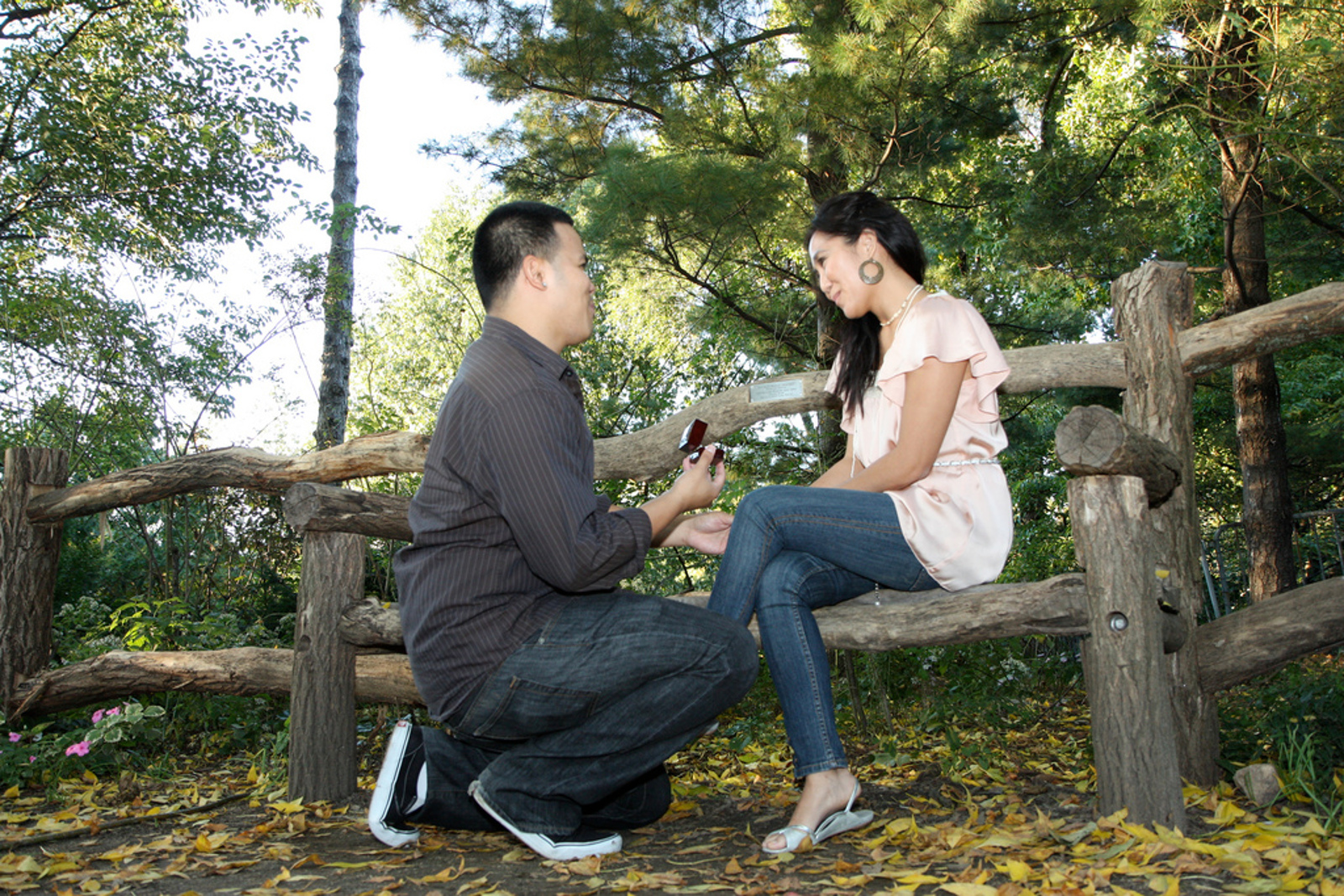 The average cost of an engagement ring is $3,200. The second your foot hits the pavement outside the jewelry store, that ring has lost half its value. Not the soundest of investments, but it’ll seal the deal, right?

It’s no secret how the tradition of the engagement ring came to be. Ad agencies are smart – they shape the way that we think, act, and live. That said, N.W. Ayer & Son did a fantastic job. But as an intelligent race, it’s off track that we’ve so seamlessly fallen into what is arguably the most successful ad campaign in history. People the world over have created a subconscious emotional attachment to “the ring” they will eventually either give or receive because a company with means was able to transform their product. Over a short period, the diamond ring went from a pretty, unnecessary bauble to the linchpin that solidifies a relationship, synonymous with commitment and everlasting care. This would be no problem if the product in question wasn’t the diamond.

As If There Weren’t Enough Problems

Though diamonds are mined in roughly 25 countries, they’re prominent in areas with higher levels of poverty like Africa; six of the 10 most diamond-rich regions in the world are within the continent. The complication is born in the alluvial sector, where more common jewel discovery techniques range from digging to sifting with bare hands. The word alluvial is derived from the term “alluvium,” or “loose soil that’s been eroded by water and dumped in a non-marine setting.”  In order to get to the diamonds buried within, you need to take off the top layer of soil. When this happens, that soil often mixes with other substances that render it essentially useless thereafter. To top it all off, guess what regions are best known for their alluvial deposits? Rainforests. When large-scale mining tools become involved, factor in pollution and deforestation.

The situation is exacerbated by the fact that many of these regions are controlled by rebel groups with less than savory business standards; the workers responsible for the adornments on our fingers spend hours on their knees digging with their bare hands, often lucky to be compensated enough to survive.

The Problem With Tradition

The sentiment behind the practice of the ring is misguided, but understandable; though the tradition was built by those looking for a profit, it has taken on a deeper meaning. In a society where the name of the game is to make wise investments, the decision to make a larger purchase is an indication of dedication, loyalty, and love – no matter whether that purchase is at the peak of practicality or not. The idea is to perform a grand gesture. Symbols are vital aspects of culture and hold much psychological relevance. That isn’t going to change.

Re-Evaluating What Matters to Us

What could change is the fare that we deem as symbolic: who (other than Ayers) said rocks were the epitome of affection? Other options are just as romantic. How about investing in the down-payment on a home for the two of you to co-inhabit, or heading to your local shelter to save the life of an animal in the name of your significant other? It may require a bit of creativity, but you know the person you’re asking to spend the rest of your life with very well; it likely wouldn’t be difficult to conceive of a symbol that you can both be proud of.

Some jewelry retailers do provide conflict-free diamonds collected in compliance with U.N. resolutions. However, while most providers claim to take the issue seriously, very few publicly commit to the complete exclusion of those acquired from dubious sources. There are presently multiple initiatives to change the way that diamonds are collected, but for now, it’s a solid idea to explore your options.