EXCLUSIVE: The Fate of Russia’s Two Captive Orcas is Starting to Look a lot Like SeaWorld 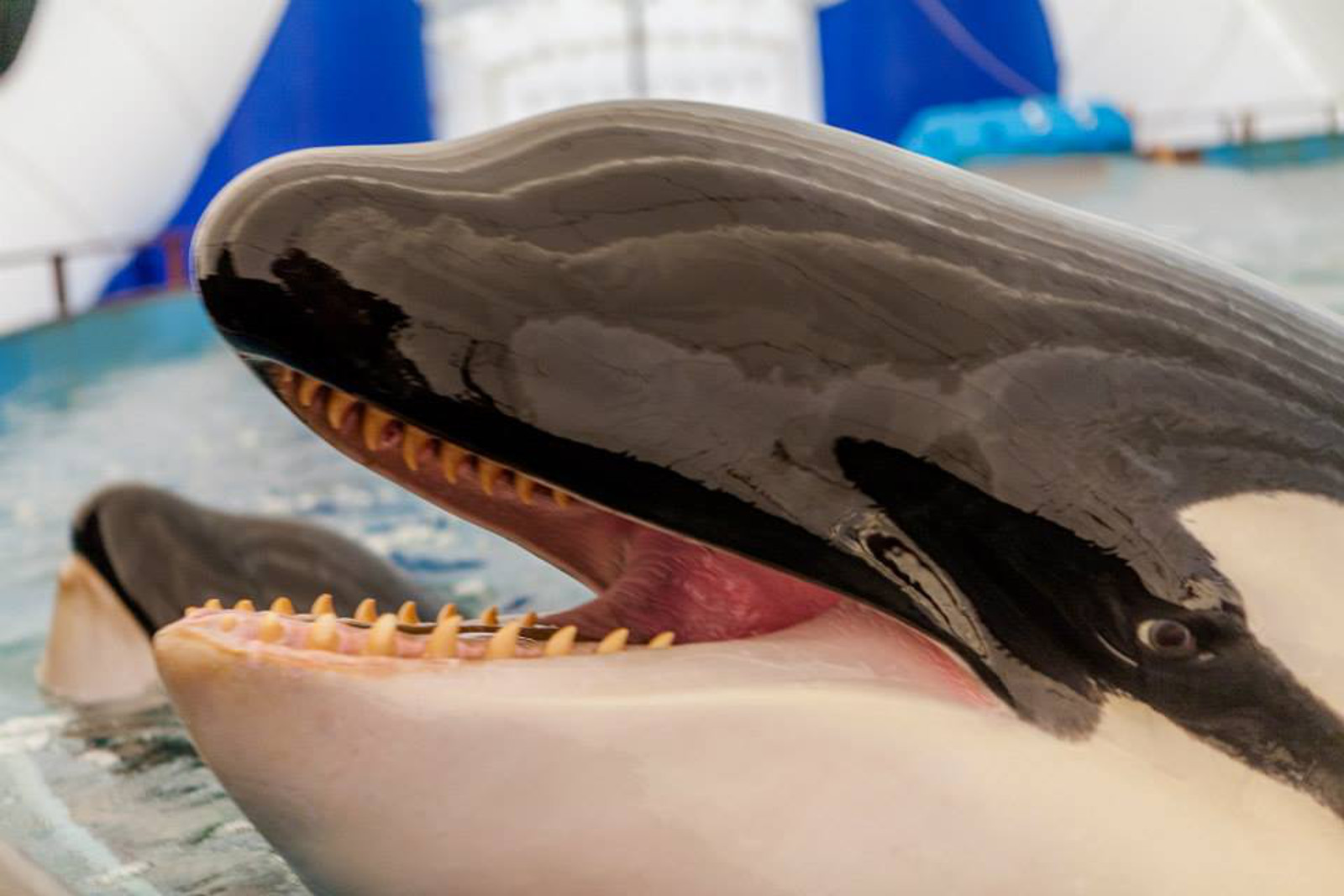 During the summer of 2012, a female orca whale, named Narnia, was captured from the Okhotsk Sea off of Russia. The capture of this whale was orchestrated by a consortium of companies known as White Sphere who are involved with dolphinariums in Russia. The reason this whale was captured, or information on where she would be going was not released to the public. In September 2013, another wild orca, a male, was captured from the Okhotsk. Again, there was little information given about what would be done with this orca, but the prevailing belief was that this male and the female would be sent to Sochi for display at the Olympics.

It wasn’t until December 2013 that the two orcas were transported from Nakhodka, Vladivostok to Moscow. There was some speculation that they would be held in Moscow while the Sochi dolphinarium was constructed and the orcas would be sent there for display during the Olympics. However, the orcas never made it to Sochi, but remained in Moscow. While they were held in Moscow, there was no concrete verification of their well-being or even specific holding location.

After a year of little news or knowledge as to what became of these two now-captive orcas, it was recently discovered that the pair were being held at VDNKh exhibition center, also known as the All-Russian Exhibition Center in temporary holding facilities. 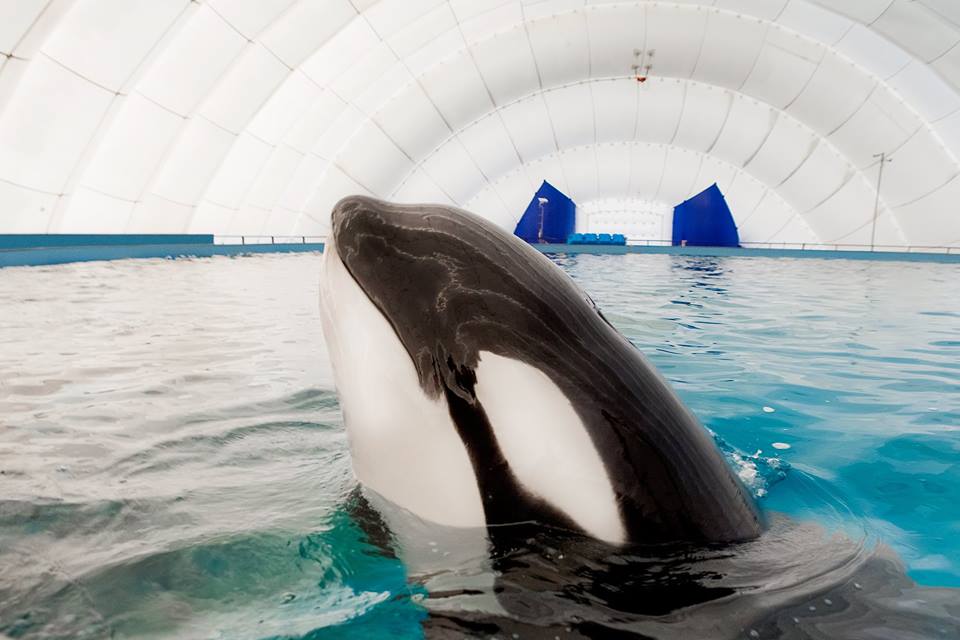 The aquarium facility where the orcas will be sent is still under construction. Erich Hoyt, co-director of Far East Russia Orca Project and Research Fellow with Whale and Dolphin Conservation told One Green Planet, “The exhibition center has been quoted as saying that they will open their aquarium facility in December 2014, but we will see…”

The completion of the aquarium facility may be extended all the way to 2015. When the facility is completed, Narnia and her male companion will be trained to perform in shows at the exhibition center.

“It appears that they [VDNKh] are enamored with the SeaWorld approach so I would expect loud music, the usual jumping through hoops and other circus-type routines,” says Hoyt, but it appears the center’s admiration with SeaWorld does not end there.

“The VDNKh people are impressed with SeaWorld’s breeding program according to public comments, so they will probably try to encourage the orcas to breed.”

This news is highly unsettling. In the United States, SeaWorld has gained a (rightfully) negative reputation for their treatment of captive cetaceans. After the documentary Blackfish revealed the truth about the mental and physical stress experienced by SeaWorld’s animals, public perception of the park was taking a turn for the worse – which has resulted in the proliferation of protests, a drop in SeaWorld’s sales, and awareness of the harm that captivity does to cetaceans.

SeaWorld has stopped capturing orcas from the wild for display, but they continue to breed their animals in captivity to keep up profits.

Hoyt explains, “From the experiences of other aquariums around the world, there is usually a steep learning curve for successful breeding of killer whales, but it’s possible that VDNKh may obtain expertise from SeaWorld or another aquarium. The few aquariums that have successfully bred orca calves have also lost quite a few calves in the process.”

So what began with the capture of two wild orcas may well turn into an entire enterprise centered around marine captivity. 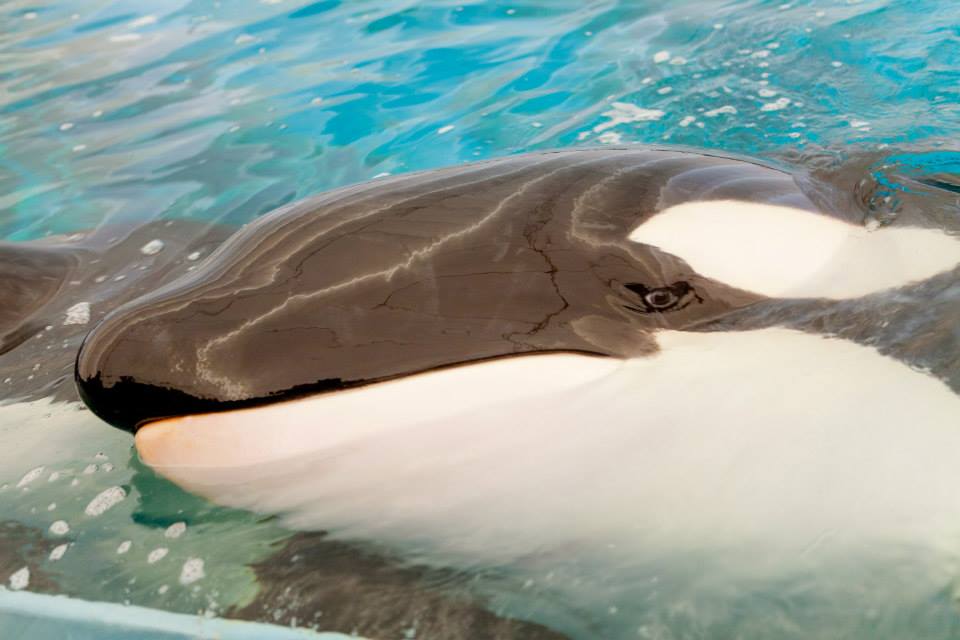 And the conditions in which Narnia and her male counterpart have been kept do not bode well for the future treatment of the aquarium’s animals.

Life in a Temporary Holding Facility

Narnia and the unnamed male have been held for 10 months, away from their pods and families. Living in a small tank that measures 65 meters in length outfitted with a divider for this indefinite period of time is incredibly distressing for an animal that is as mentally and social complex as an orca. In Russia, there are no laws to protect these animals. In fact, after animal rights groups finally convinced authorities to inspect the VDNHk facility after hearing the cries of the whales inside, it was deemed that there was “nothing wrong” with the conditions the whales were being kept in. 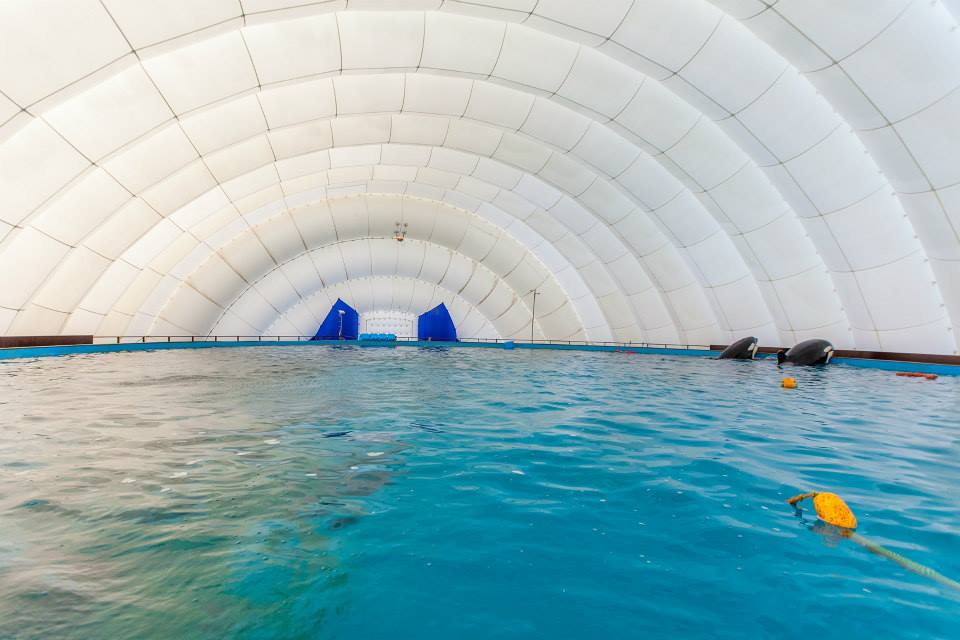 While life in an active aquarium is not a better alternative for Narnia and this male, it would at least provide more space and engagement compared to these deplorable conditions.

Luckily, the plight of these whales has not gone unnoticed. According to Hoyt, “The VITA group [a Russian animal rights organization] has publicly deplored the conditions these whales have been kept in and the length of time they have been held in temporary conditions.”

As to whether these two orcas will or even can be released back into the wild is yet to be seen.

Determining if Narnia and the other whale would be suited for release, “would require a veterinarian’s assessment,” says Hoyt, “but more than that, the Director of the aquarium being built at the VDNKh exhibition centre is highly unlikely to consider this option. Even with all partners willing to return killer whales to the wild, undertaking a re-introduction is a complex, time consuming process.”

But that does not mean that there is no hope for these two.

“There have been killer whales returned to their pods after a year or more away, such as Springer off the west coast of Canada, but this was in a well-studied area where the original pod was known from photo-ID and dialect. Narnia and the male captive have not been captive long, so this makes them good candidates in that sense, but more than that is difficult to say.”

Unlike Springer, the original pods of Narnia and the male are unknown. The Far East Russia Orca Project (FEROP) suspects that they are transient-ecotypes, but they were not part of any of the orca whale catalogue that they know of.

Now that the definite location of these orcas has been established, more direct action can be taken. As Hoyt recommends, “The first thing is to ‘vote with your feet’, i.e., refuse to pay to support facilities that exhibit killer whales or other cetaceans.”

The VDNKh exhibition center will only display Narnia and the male orca if they stand to make a profit. By spreading the word about the plight of these two orcas who have been trapped for 10 months swimming in circles and making themselves deaf, we can help put an end to their suffering and the future suffering of so many more.