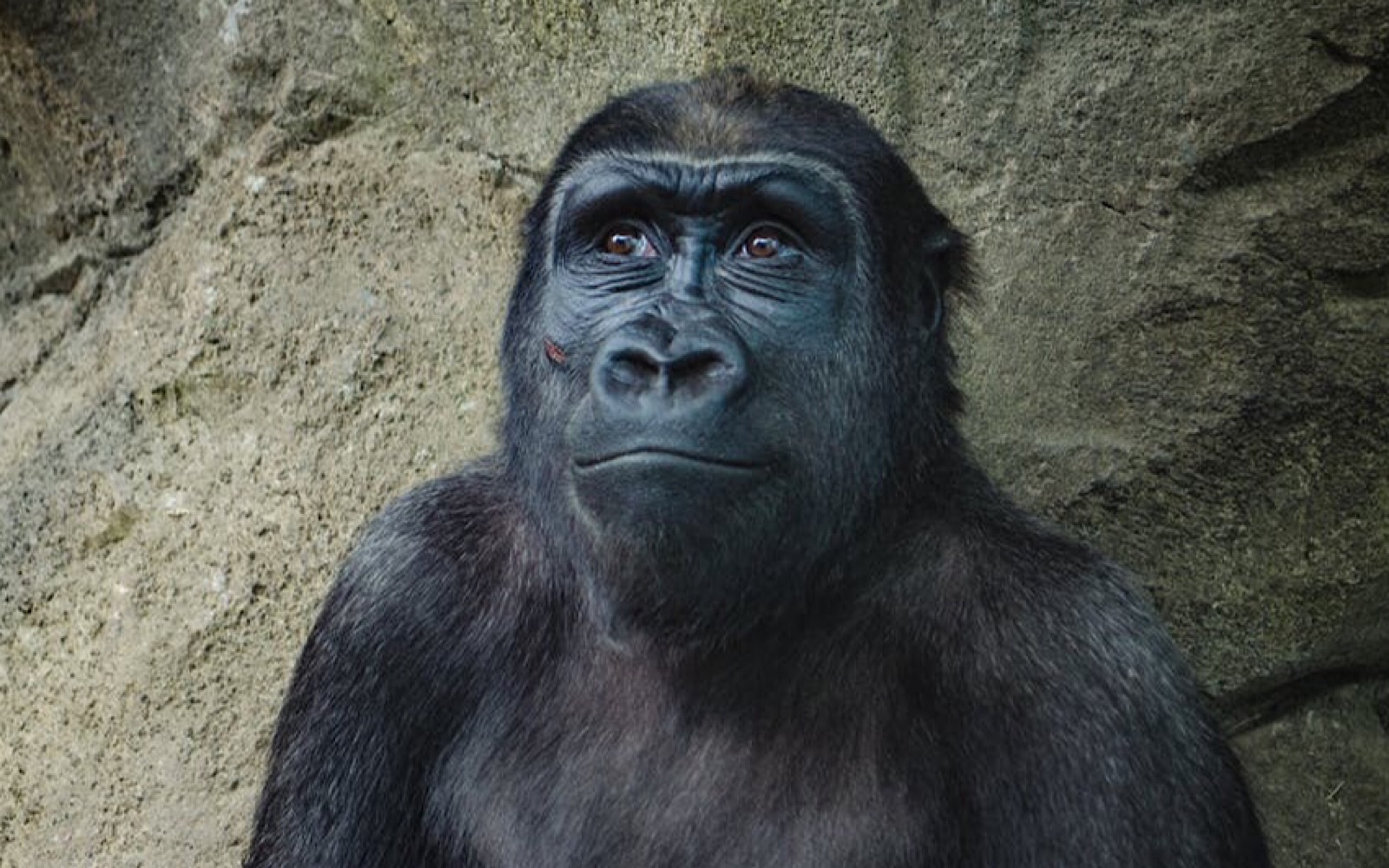 The third installment of the epic prequel to the original ‘Planet of the Apes’ movies came out recently, and I was captivated along with everyone else in the theater. Cheering for the mass extinction of your own species is a peculiar feeling – a little unnerving when you pause to think about it – but it is so easy to get on board when the human species’ litany of destructive, vicious, and callous actions are on full display as they so expertly are in this trilogy.

The Trope of Human Superiority

These three films are a startling illustration of speciesism, the assumption of human superiority resulting in the exploitation of animals. Many doomsday scenario films fill us with dread of asteroids and trepidation of severe weather events, but this apocalypse – or ape-ocalypse as graffiti on a wall suggests in the third film – is more subtle, emerging from our arrogance, greed, and disregard for other species. I am not the only one to perceive the speciesist themes of the movie. This writer also points out in her article where she explains that “War for the Planet of the Apes” inspired her to go vegetarian.

Starting with the first installment of the trilogy, “Rise of the Planet of the Apes,” released in 2011, we meet young Caesar, who was born in a laboratory experimenting on apes for a potential Alzheimer’s drug. The death of his mother is one of the most tragic scenes in all three films. Laboratory workers are trying to forcefully take her out of her cage, not knowing that she has just given birth. She was hiding her infant from them and gets violent when she feels she has no other way of protecting him from the humans. After escaping through the building, she is dramatically shot dead on a board room table where the drug company executives were plotting to make billions on the drug that had been tested on her. The symbolism is not subtle.

The movie goes on to expose an ape “sanctuary,” which appears to be progressive, but behind closed doors, the apes are taunted, tortured, and tormented. Caesar plots an escape for himself and the other sad and somber simian inmates in this horrible prison. When a worker who had been extremely cruel to the apes is killed in the breakout, we get a sense of justice — that he got what was coming to him, once again, sympathizing deeply with the animals. As Caesar and the others swing to freedom, heading for the Golden Gate Bridge, they detour to the San Francisco Zoo and free the monkeys and apes held captive there, just to spotlight another horrible institution where we enslave other species. The movie won’t let us find any shelter from the storm of oppression toward animals, and in the end, we are desperately rooting for the apes as they face a barrage of bullets as they flee the city.

In the second film, “Dawn of the Planet of the Apes,” released in 2014, Cesar and his fellow simians establish a thriving colony in the forest as the human race dies off from the deadly, contiguous, and quickly spreading sickness caused by the experimental Alzheimer’s drug – the same drug that made the monkeys “smart.” Cesar seeks peace with the humans, warning them to stay out of the forest and all would be amicable. But another ape, Koba, is full of hatred toward humans.

Koba was experimented on for many years in a laboratory. His scars, gimpy gate, and cloudy eye show the years of captivity and torture. When Cesar allows the humans to come into the forest to work on their generator, Koba objects, and Cesar says, “Let them do their human work.” Koba replies by pointing to a scar on his arm and groans, “human work”, then points to his blind eye and says, “human work.” In the end, Koba starts the war with the humans, but they started a war on him and his body long before. It was human greed and indifference that filled Koba with rage, a rage that would set in motion the ultimate downfall of humanity.

In the final movie, “War for the Planet of the Apes,” released in 2017, Cesar is still seeking peace. He again offers mercy and asks the humans to simply leave them alone. But the humans fear an ape uprising and seek to destroy them. As the animals are fleeing to the desert, a sadistic colonel captures the apes and confines them in a labor camp where they are forced to work with no food or water.

Beyond Speciesism: Our Own Brutal History of Difference

In this final film, I saw reflections to our human history of racism and xenophobia, and reminders that it is not only animals we are cruel too, but each other as well. In the prison camp, the apes who are too dehydrated to work are whipped by other apes, defectors who have joined with the humans. These collaborators are in charge of the slave-apes and dispense “punishments.” This was reminiscent of African-Americans slavery. Usually, it was black men, sometimes called foremen or overseers, who would supervise the slave camps and whip those who got out of line. Often these men saw this as their only means of survival.

There is also a sinister scene where the Colonel is standing in a doorway high above the camp overlooking the “donkeys” brutalizing the ape prisoners while he shaves his head. It was eerily similar to a scene in the classic film “Schindler’s List,” a historical drama about Nazi occupied Germany, where the top military man is standing on a balcony above a concentration camp while the soldiers are terrorizing and killing people below as he casually shaves his face. I doubt that this was an allusion that only I recognized.

We see so much of the worst of humanity in the Colonel. Maintaining the superiority of the human species at all costs is the only thing of any importance to him and he is ruthless in that focus. Cesar tells him he has no mercy.

Can We Do Better?

The Colonel is a mirror into the mindset of the modern human. We want to keep our control of the comforts of life, our dominance of the planet, and our power over nature. We want to continue to enslave and kill other species for food we do not need and persist with unrestrained industry at the expense of wildlife, nature, and a livable planet. These movies are a dire warning, a wakeup call to the human race that we are going down a very dark path and our arrogance will be our downfall. We have to live differently on this planet, or we may not be able to live here at all. We must take Cesar’s offer of peace and stop enslaving animals, destroying nature, and hating each other. In the meantime, I am rooting for the apes!