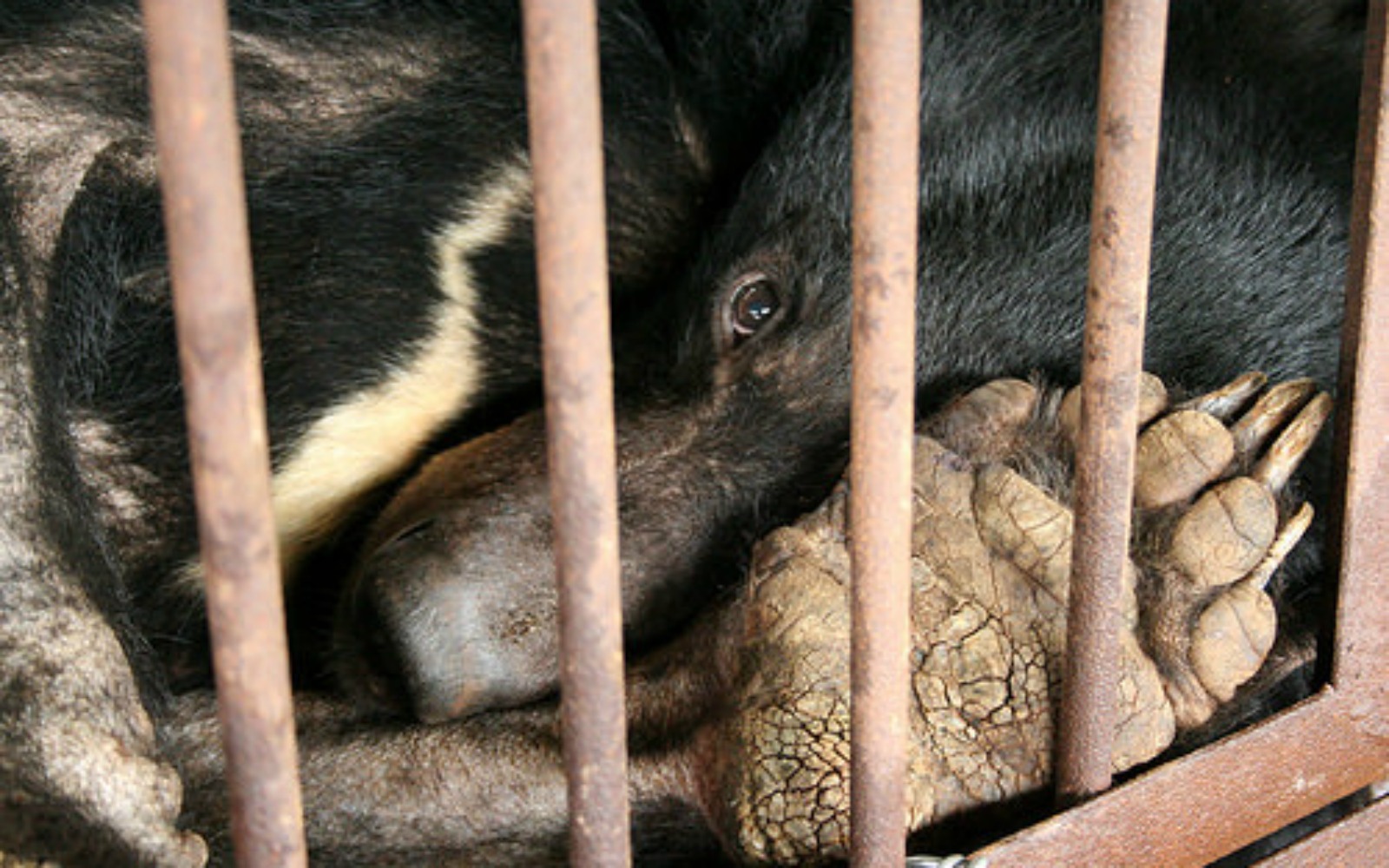 The Himalayan Mountains cut a broad swath across much of Central Asia, a relic of the continent’s ancient collision with India, which sent up earth spiraling into the sky in an eruption of fire and soot that lasted several million years. Today, this region marks the highest place on Earth, from the formidable Hindu Kush in Pakistan to the sparsely populated Tibetan Plateau.

The Sun and Moon Bears of Southeast Asia

It’s here, in this isolated and rugged terrain, that Asiatic black bears – better known as moon bears – can be found. They get their lunar moniker from a crescent patch of white fur that girdles their chests in the shape of a sickle moon. During the summer, these bears climb high into the mountains and forage in areas newly vacated by snow, eating anything from berries and nuts to beehives and small mammals and birds. During the winter, they trek back down to the lower slopes to hibernate and escape the harsh cold. 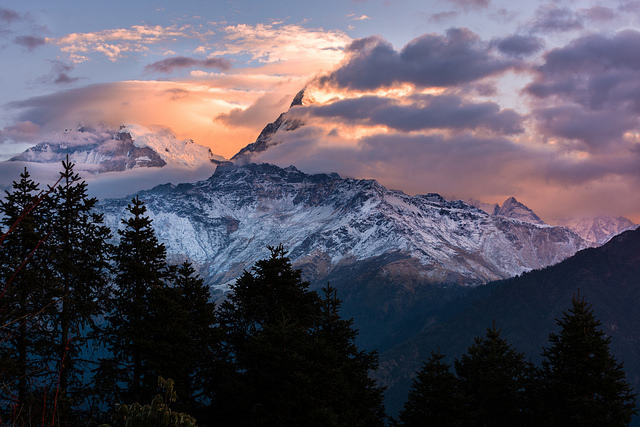 In the lowland rainforests of Southeast Asia, in an altogether different environment of abundant light and rain, lives the sun bear, with honey-colored snouts and a golden ring of fur that resembles a rising sun. These are the smallest bears on Earth and are dexterous climbers, taking to the trees to forage for food, even constructing elevated bowers in the canopy to sleep in. 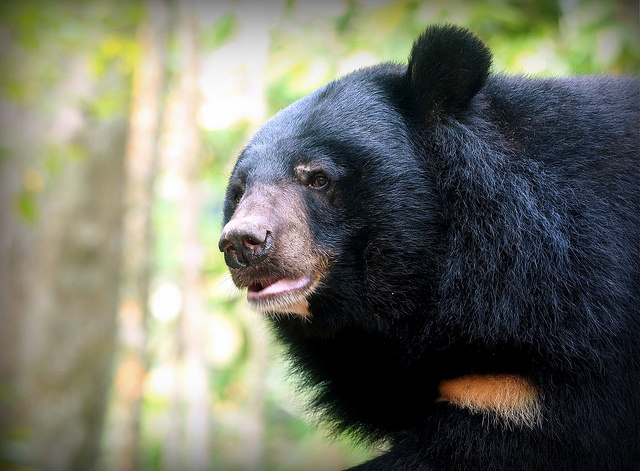 Both the sun and moon bears are vulnerable to extinction from various human practices, from deforestation to hunting and, more recently, from bile farming. With South Korea set to host the Olympic and Paralympic Winter Games next year, in which moon bears will serve as appealingly cute mascots, we would like to take a moment to review the current state of bear bile farming in Southeast Asia, focusing on the improvements that have been made and the work left to be done.

What is Bile Farming?

To begin with, the process of extracting bile from bears in Asia is by no means a new practice. There are accounts of bear bile being used as far back as 659 AD when it was first discovered that the substance had medicinal properties. Its main use today in Western medicine is in the treatment of liver disease and for dissolving gallstones, but in the Eastern pharmacopeia, it’s used to treat a variety of ailments, everything from hangovers to hemorrhoids. But what was initially a tonic reserved only for the very wealthy, due to the limited amount available, has in recent history become a commercial commodity as more bears were killed in the wild for their bile. As bear populations declined, countries such as Lao People’s Democractic Republic (PDR) and China passed legislation making it illegal to hunt bears and incentivized bear farming instead as a means of conservation. 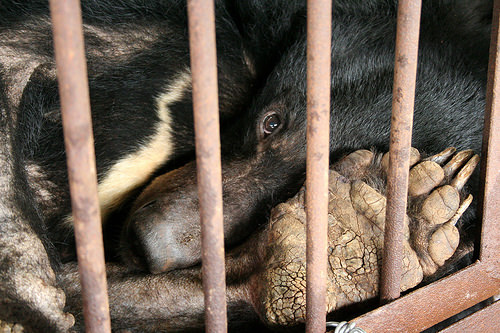 This has led to the deplorable practice of bear bile farming in several countries, in which the animals are caged or held captive in small enclosures for their entire lives. The bears are either raised from birth at the facility, in which case they might spend their entire lives locked behind bars, or adult bears can be caught in the wild, some missing limbs due to the heavy steel traps set out to ensnare them. 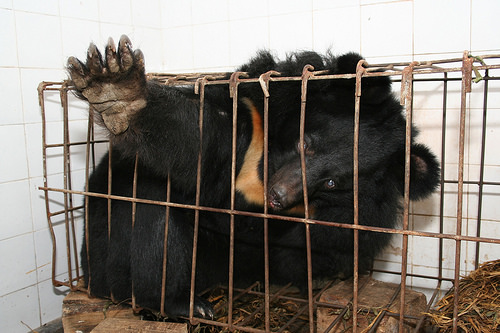 Inside the facility, the bears may either have regular surgeries to have bile extracted from their gall bladders, or they may have catheters permanently injected into their abdomens. In such conditions, bears develop malignant tumors, lose teeth from gnawing on the bars of their cages, and develop cracks and callouses on their paws from having never felt the ground beneath them.

Bile Farms in the Past and Present

The very first bear farm became operational in South Korea in 1980, after which the practice quickly became popular in neighboring countries, such as China and Vietnam. Today, China has the highest number of captive bears, some 10,000 individuals. The practice has since come under scrutiny, and international pressure has been levied in an attempt to ban bile farming. In 2006, Vietnam made it illegal to farm bears for bile, and in South Korea, it’s now illegal to extract bile while bears are alive. 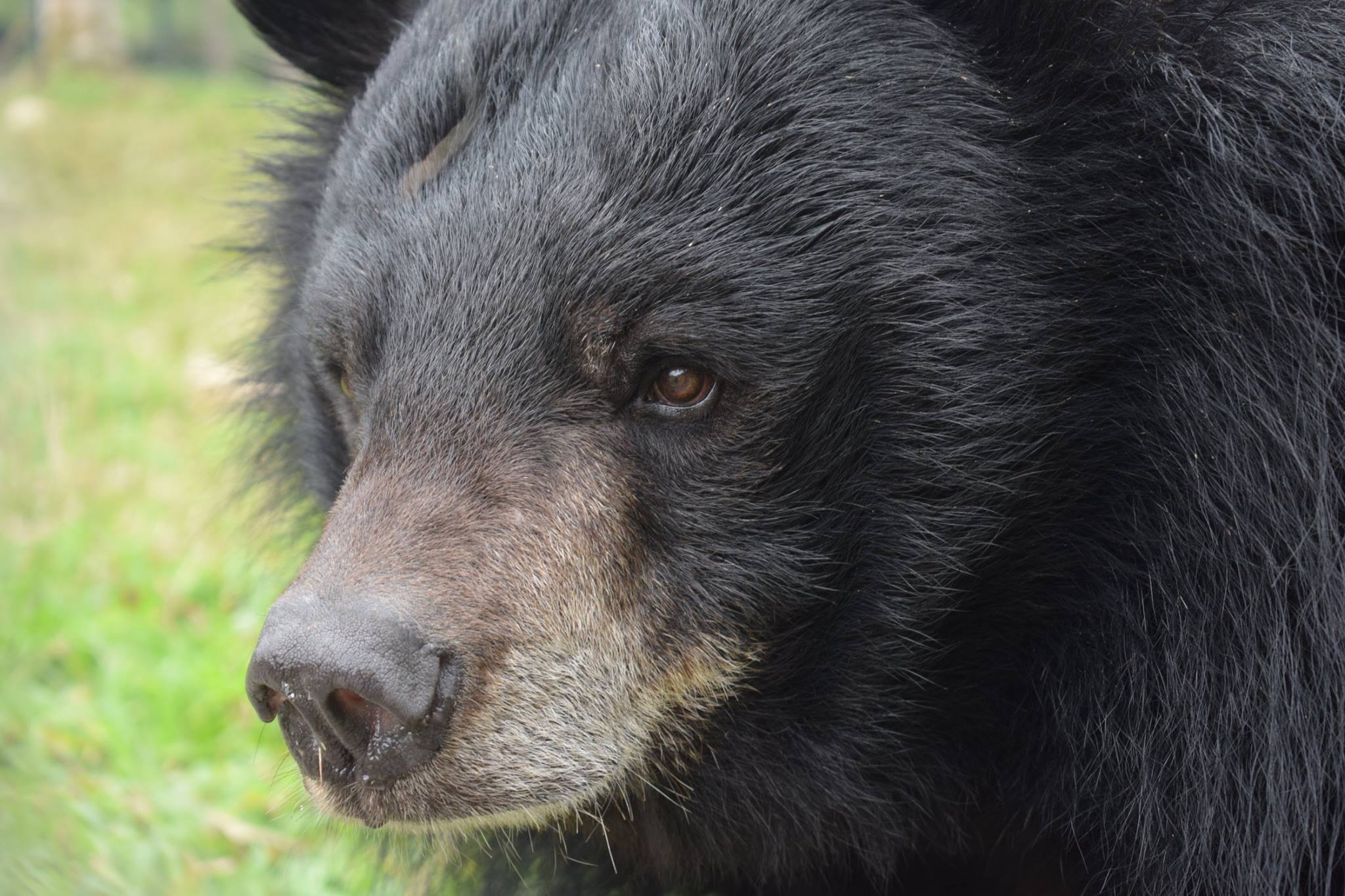 But these sorts of laws have only been met with limited success. When bile farming was made illegal in Vietnam, the practice simply went underground, operating illegally, or in other instances, the bears were just moved to the neighboring countries of Lao PDR and Myanmar, where the laws are much less strict. And the law stating that bears can’t be farmed for bile while alive in South Korea? Bile farmers simply circumvent the restriction by killing the bears after a minimum of ten years and then taking the gallbladders, which can sell for as much as $25,000 a piece. 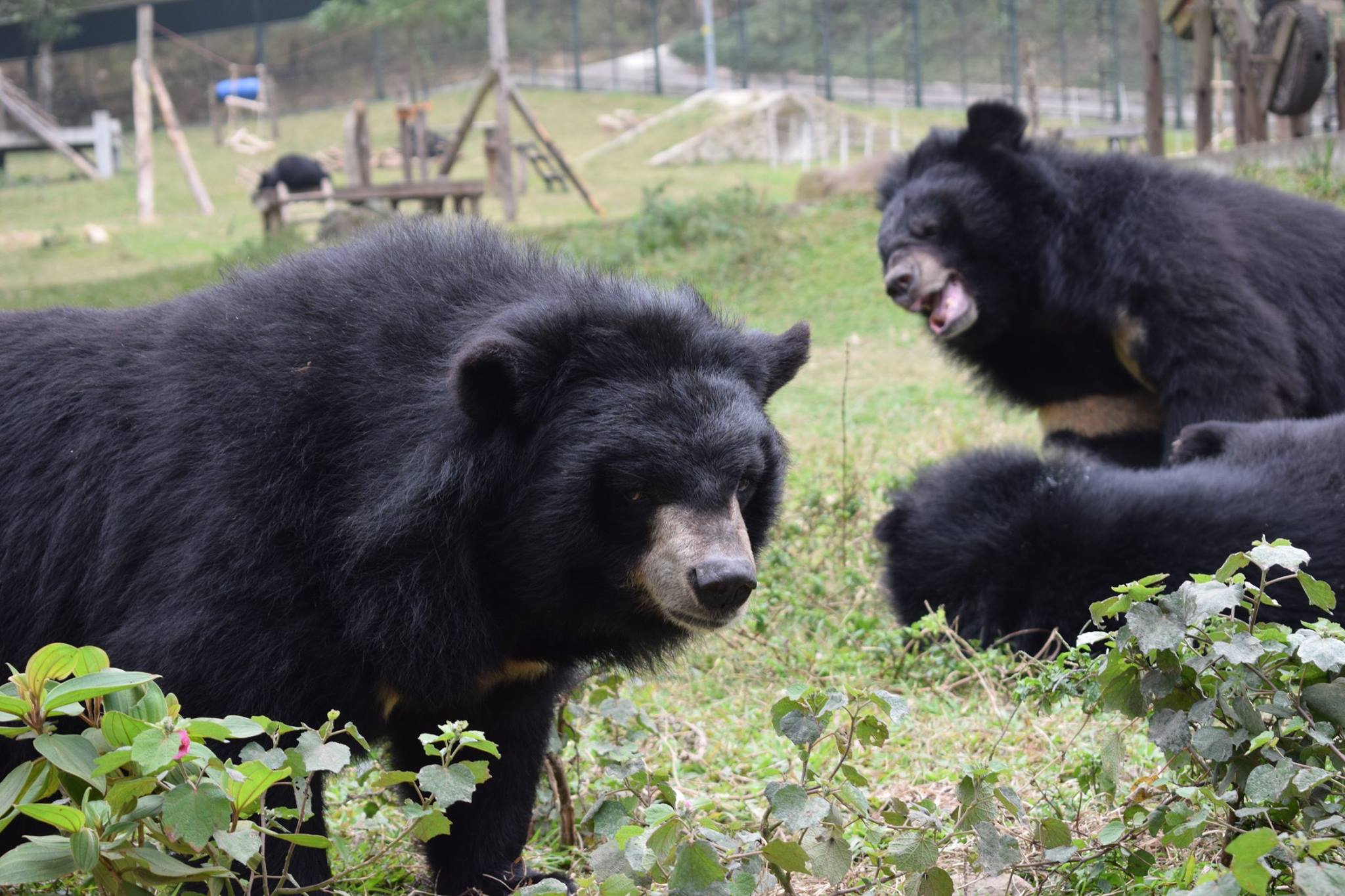 But the real problem is China, which not only has the highest number of captive bears but also the highest demand for bile. Countries like Lao PDR and South Korea have only a small market for bear bile; most of the product that originates there is shipped directly to China. But there’s still hope that bile farming may be a short-lived practice. China aside, bile farming is largely unpopular in other Asian countries. A poll conducted in 2011, for example, showed that 90 percent of South Koreans disapprove of bile farming and are interested in seeing an end to it altogether.

Unfortunately, most of the real change when it comes to ending bile farming will have to come from China, but that doesn’t mean we’re powerless to help. The organization Animals Asia has been actively working since 1998 to help raise awareness about bile farming and to directly help rescue bears from bile farms. Since their inception, they’ve rescued over 500 bears, which are relocated to sanctuaries in China and Vietnam where the bears can regain something of the freedom they either had taken from them or never had at all. You can directly support their work by making a donation. For other ideas, check out these helpful suggestions!